How to do multiple holes through a cylinder from top to bottom?

I'm a beginner so maybe this is really simple, but I'm trying to make multiple holes through a cylinder from top to bottom. As a beginner, I tried boolean, but that of course breaks the mesh into pieces. I'm sure there's a way how to do it. Thank you very much for answering. 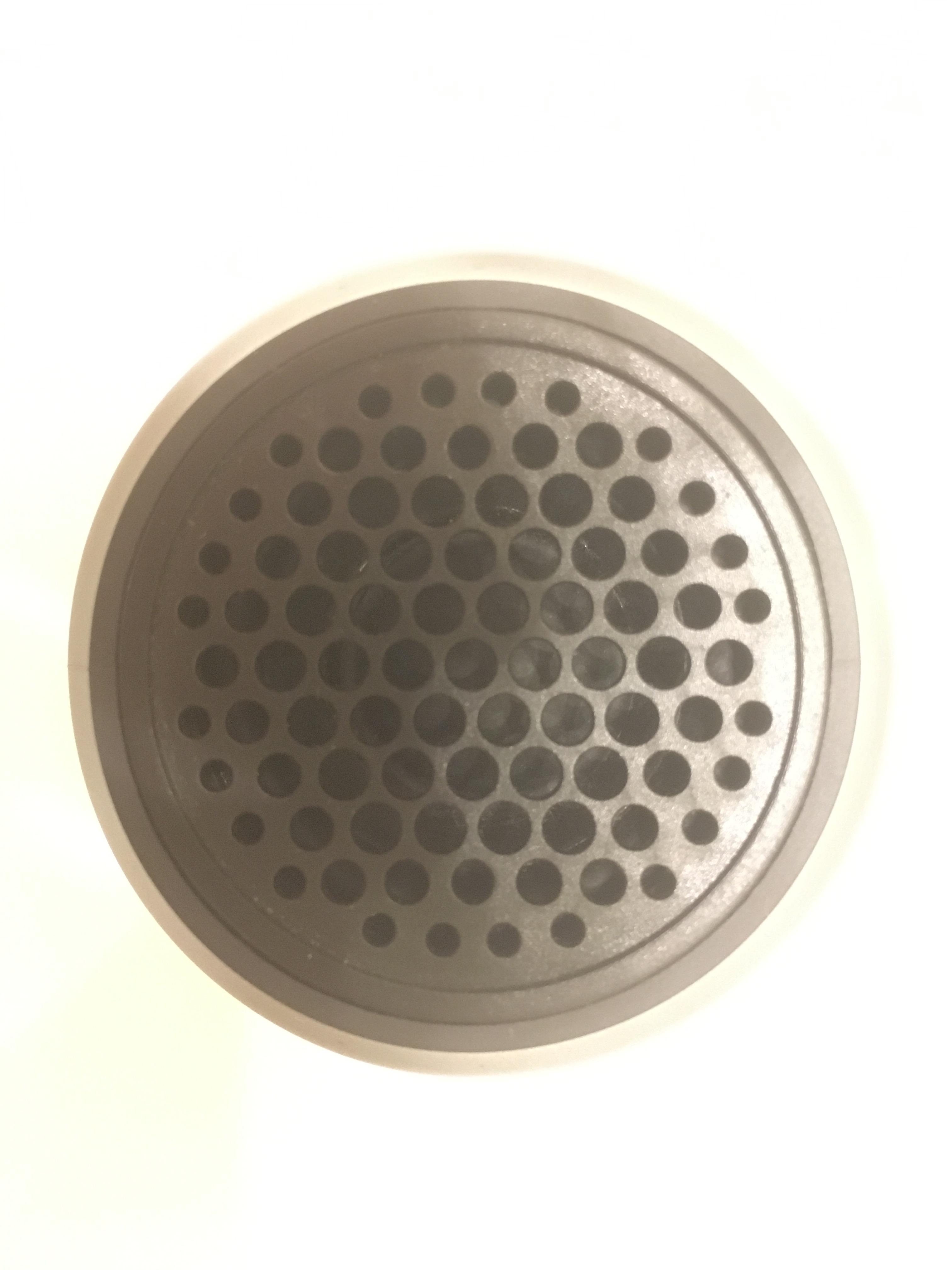 Alright as promised, I am attaching images that should help to visualize what I am describing. It probably is not the only way of doing it, but it gives you fairly nice control, no triangles and subdivides nicely.

First I would create a plane, inset it using I and remove the insides with X. 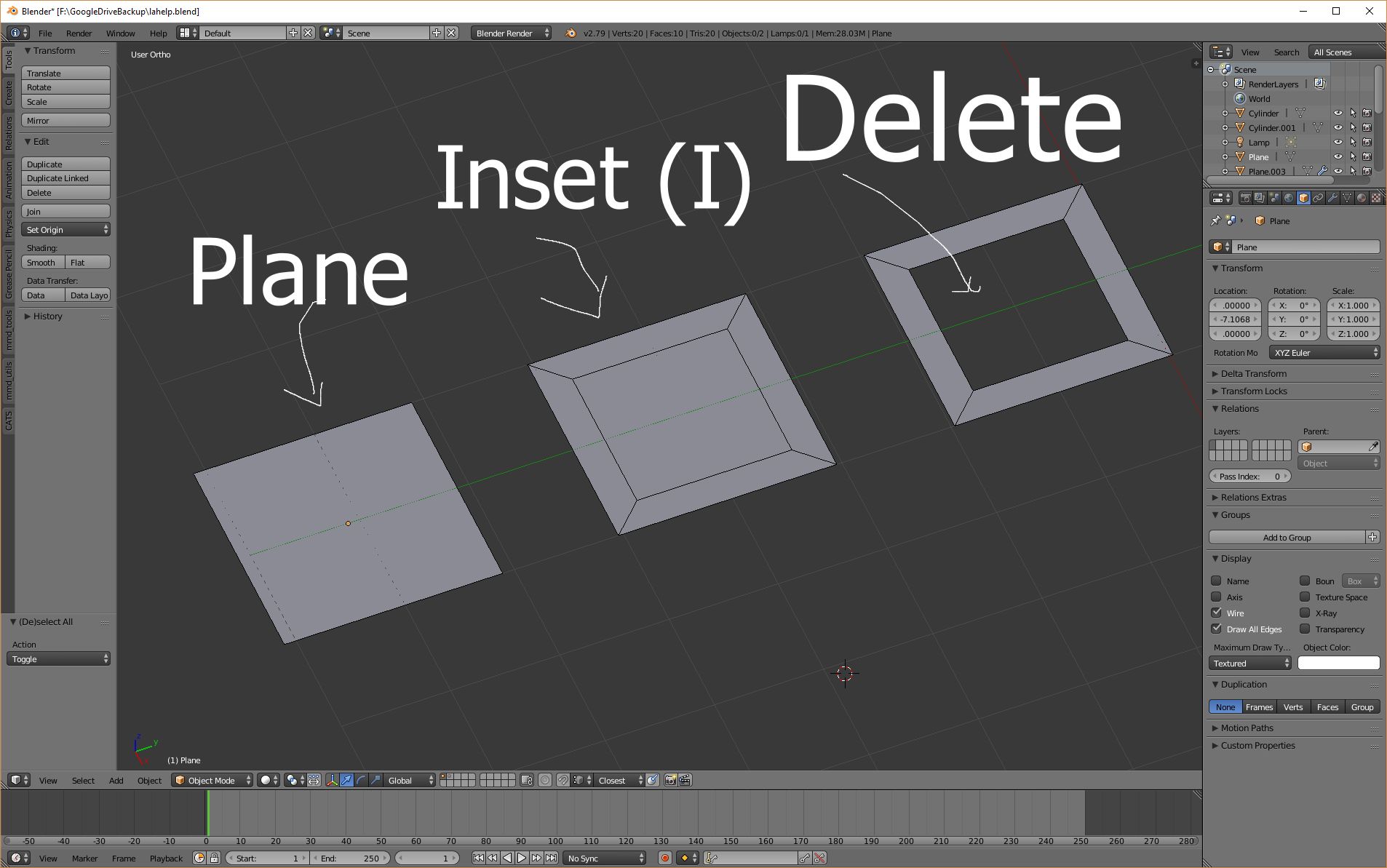 Secondly I would arrange the shape of holes using the square-holes. I did less than you need, but I am lazy and I think it describes technique well.

Third thing would connecting all the holes using F, using extrusion, and removing doubles every now and then you should be able to get to get the fairly round shaped thingie with holes arranged as you want.

Next, I have extruded border out and smoothed it out pressing Space followed by 1 (this "spheres it out" as much as possible). At this point I made sure to count how many vertices there are on the border of the object. For me it was 28. 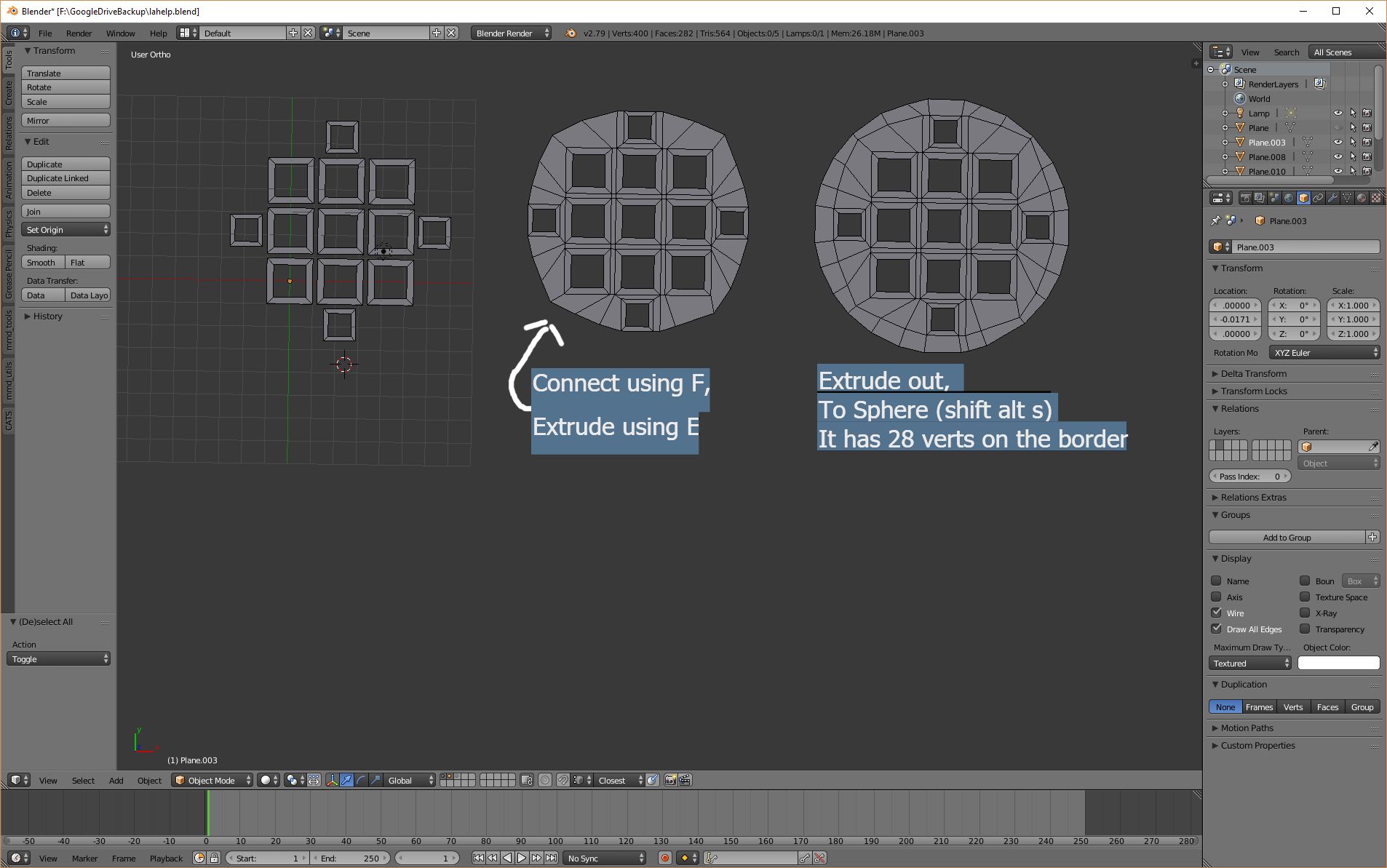 Then I have added a cylinder with the same amount of verts (28) and removed it's cap and then connected it with the hole-thingie, Using F.

Then I have selected the edge and beveled it a bit using ctrl+b.

I think this information helps you out, if not, let me know, I will try to describe it more clearly :) 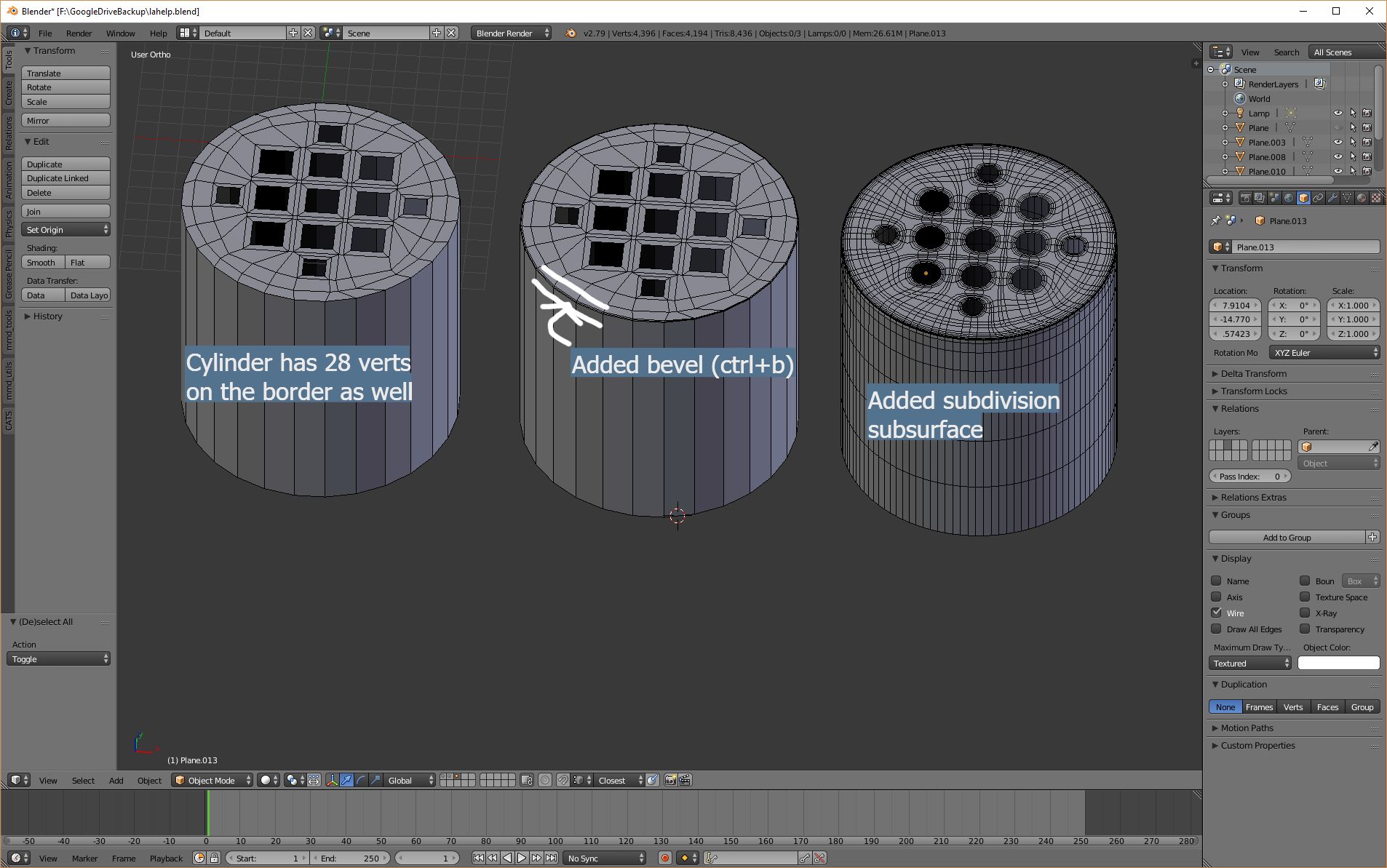 This is a modeling approach to reproducing your reference closely. It's even more work than @internetofmine's, I'm afraid I haven't included all the shortcuts yet..

If you do decide to try it, and get stuck, comment and I'll edit the answer.

Because this is essentially a Sub-D approach, you'll see the illustrations flip between subdivision level 2 (Ctrl 2) and 0 (Ctrl 0), which you do all the time if you work that way. 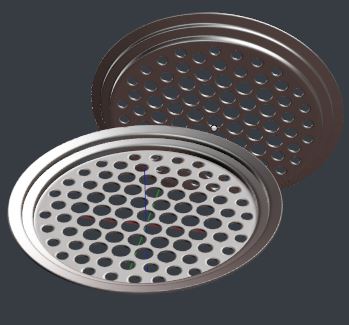 The rest is extrusions.

Snappy, this ain't. But it has some techniques I've found useful elsewhere.

8
How can I make holes on a wrist strap?
0
Continuing division of cylinder to top faces
5
Create 3 curves/pipes that intersect holes in multiple objects and are equal distance from each other
0
How to make one object pass through the holes of another?
3
Balls go through the edge of an opening in a cylinder?