The scene has a large terrain. I cut part of it out and made a new object of it. The image texture that was part of its material stayed in place as I wanted, but after cutting bits of it out and then extending new faces, there were artifacts. When I checked its UV map it seemed to have just collapsed to a point. So, I made it again, and scaled and moved it to be properly aligned. But the artifacts remain. Instead of showing the texture in the image for it, it shows a bunch of lines, like the pixels on the edges of faces that were extruded into new faces just repeated over the area of the new face. 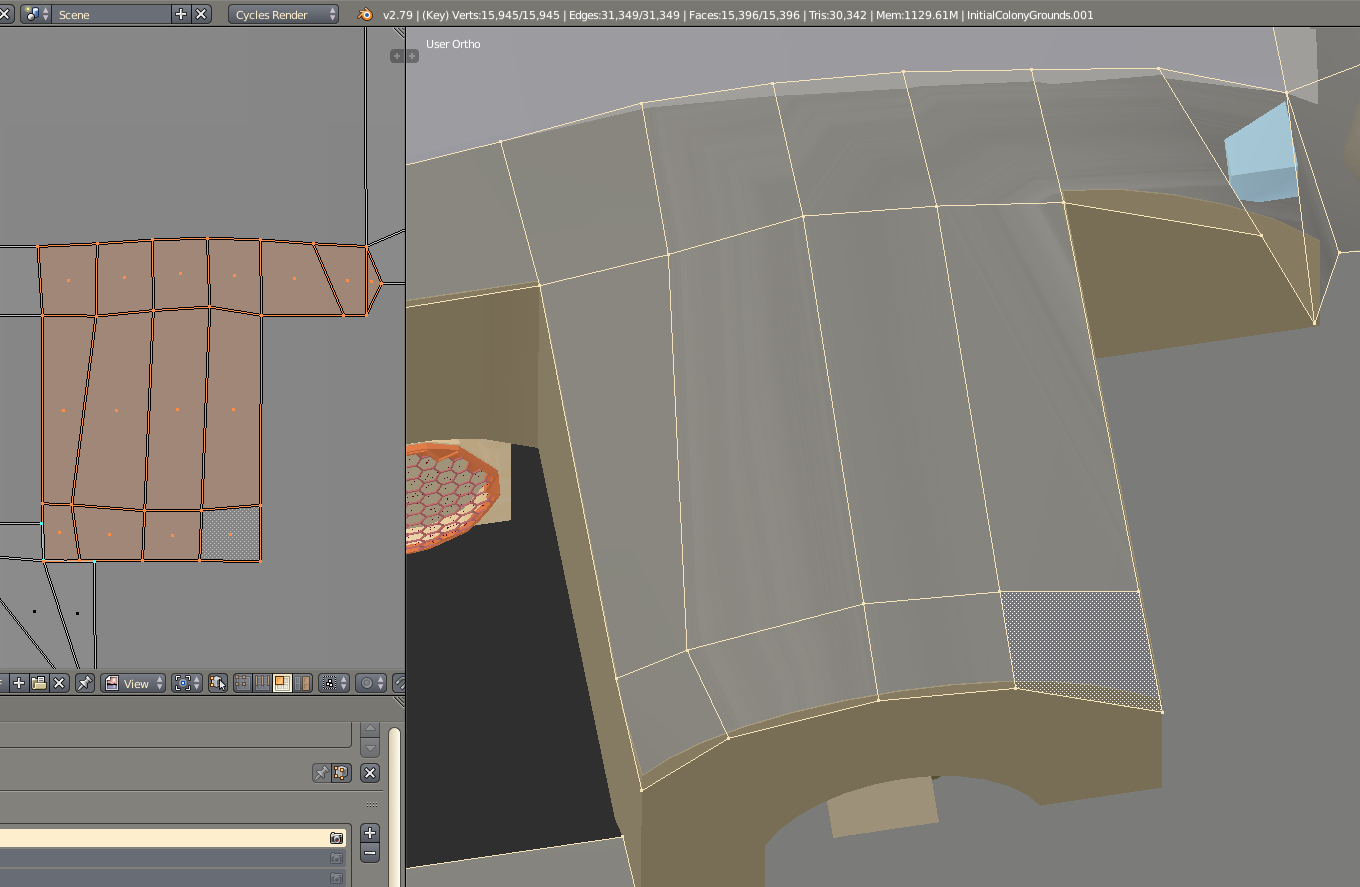 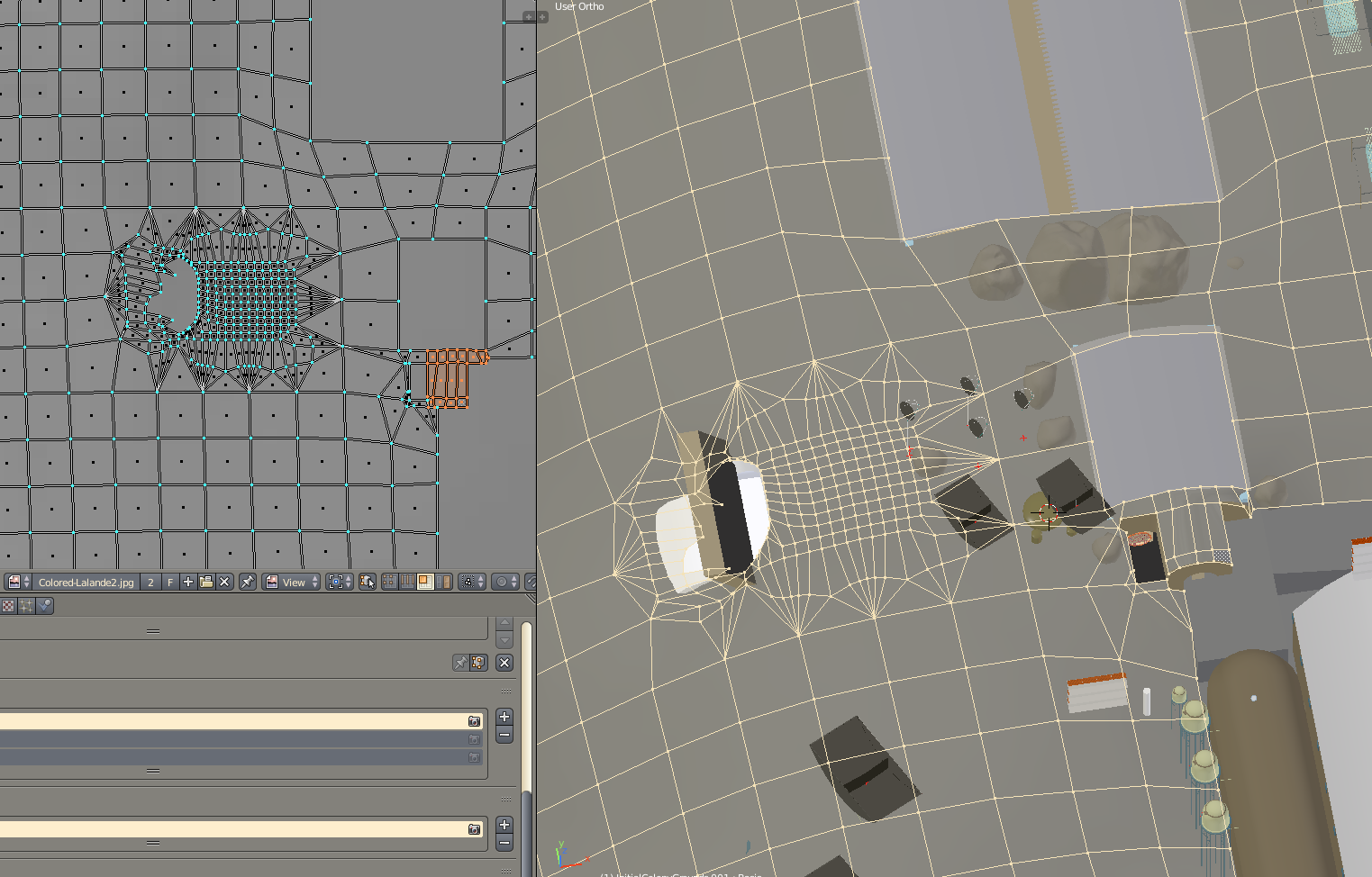 The UV/Image editor shows the new faces now properly placed over its image texture. The UV map has been remade fresh and the faces haven't been touched afterwards, but they are still stuck with those odd lines. How can I get rid of them?

The problem was fixed by extruding new faces from unaffected faces. Other ways of rebuilding the faces hadn't worked, but that did. Nothing I tried with the UV map worked.

Not the answer you're looking for? Browse other questions tagged uv image or ask your own question.

8
Image texture intensity on deformed mesh
2
Texture painting in game engine
1
How to select uv faces using python?
2
Do not repeat the texture on Collada export?
2
Multiple UV mapping problem
2
Creation of a seamless texture from a model
0
UV mapping, unexpected faces use the texture