How to have a nice visual join between two colliding meshes?

I don't know if the answer is in the modeling, texturing or even the compositing part but my aim is to be able to achieve a nice visual look between two meshes (like in the render shown below).

The picture is a snowman scene and one of the worse parts of the render is the joint between the ground and the snowman.

When looking at it, it is pretty obvious that both snowman and ground are two separate objects and that is because when I tried modeling the ground as an extension of the snowman, the textures wouldn't apply properly and the overall look was even worse than the current result.

This is only one example out of many other situations in witch I get this kind of issues.

I'm interested in knowing what solutions could be found to that problem. 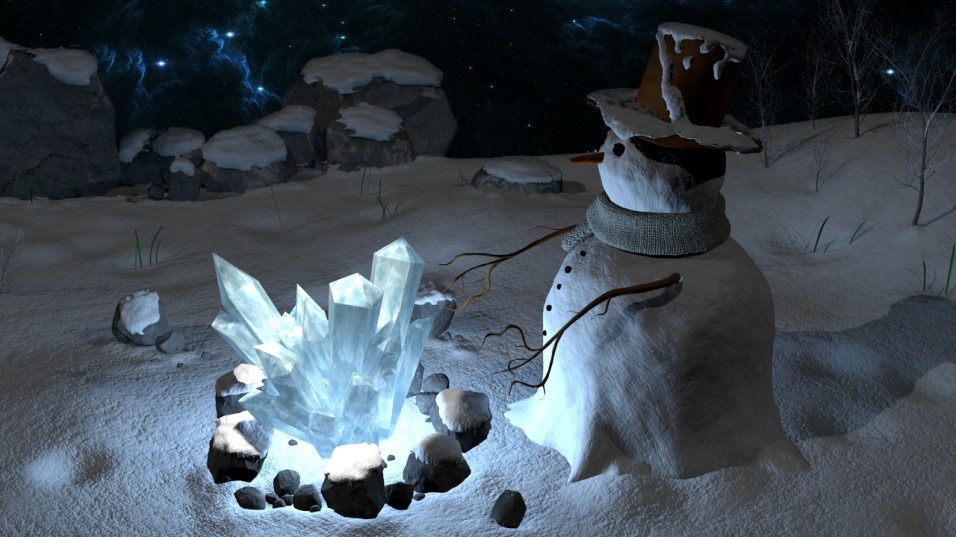 In 3D modeling this is often quite difficult.

4
Nicely merging different extrusions
2
How to integrate knoll to soil?