I’m again here to ask your support. I’d like to draw a 3d-print someting similar to “tower of pi” but instead of using numbers, I’d like to use a musical score, let’s say beethoven fifth symphony.

I have a picture (B/W image) of what I need: 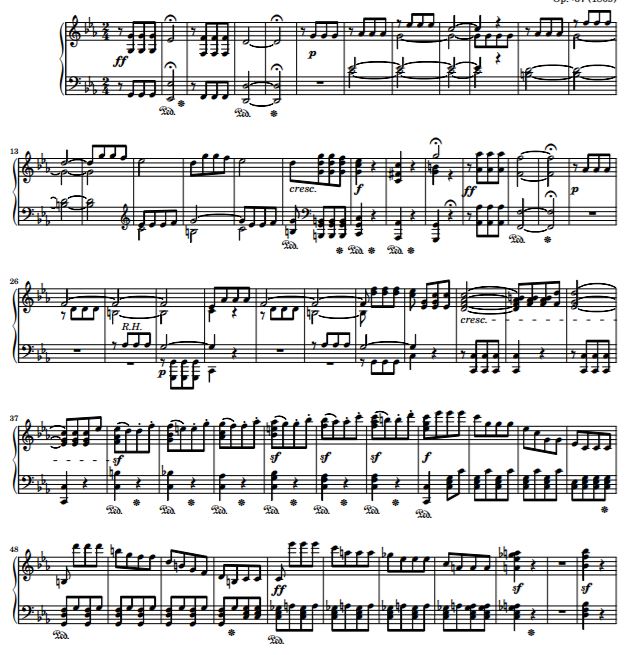 I would “extrude” black portion of musical score, wrapped around a cilindrical shape.

Is there some way to use a displace modifier in order to use mi musical score to be wrapper around a spiral?

Thank you very much as usual! Francesco

I had a quick go.

Took the source image into GIMP and made it one long line.

Imported that image into Inkscape and used Path/Trace Bitmap to create the vector data, then saved as SVG. See notes at the end.

Used import from the File menu in Blender 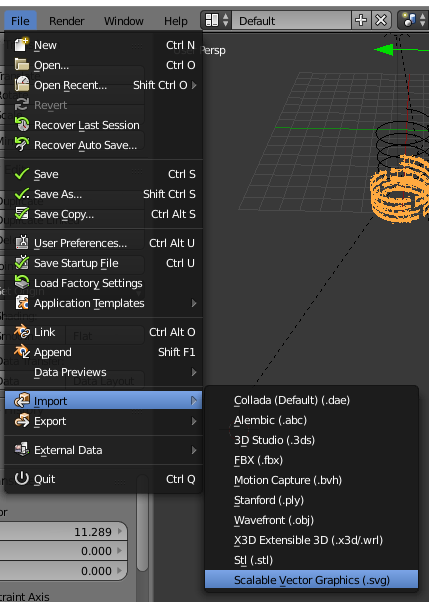 Then extruded the curve. I also converted the curve to a Mesh and used the ReMesh Modifier to stop some bad geometry where vertices where connected from great distance.

From the User Preferences view I searched for Extra and selected the Curve: Extra Objects

Now I could add a new Curve and select the type Spiral and Logarithmic. Set the height and the number of turns to create the spring shape.

In the Curve panel ensure the Twisting is set to Tangent. This ensures the results do not twist as they are modified by the spiral. Without this you get an unpeeled orange effect. 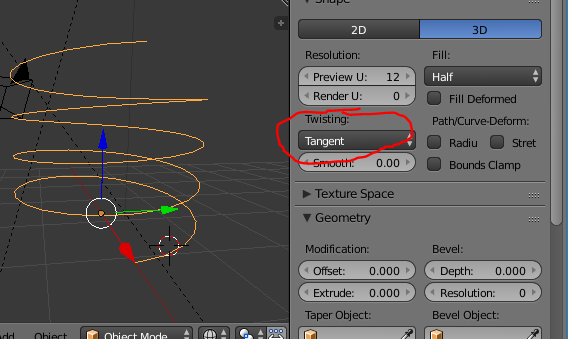 Now you can add a Curve modifier and select the Spiral. 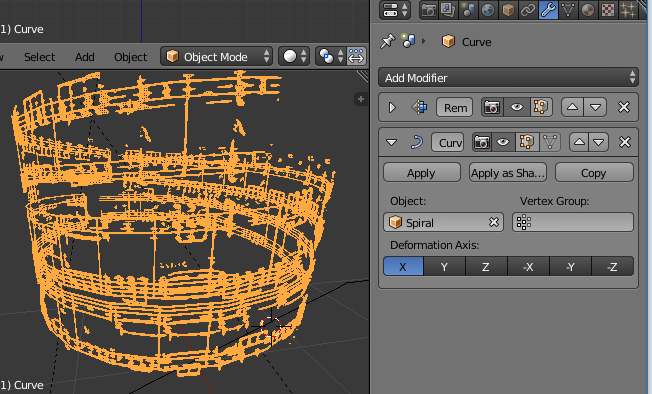 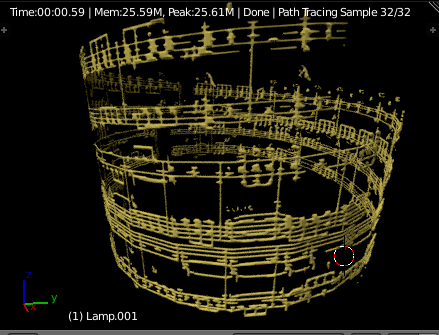 Notes: The image was not particularly high resolution and made the initial vector data quite messy.

There are lots of disconnected pieces, not ideal for 3D printing.

My basic result has obvious sharp ends that would need additional work to create a clean cylinder.

Suggest you take a lot of time to create nice neat/clean vectors before trying to extrude/curve.

Not the answer you're looking for? Browse other questions tagged modifiers displacement or ask your own question.