How to combine Views of a Multi-View Camera in Composite

I am trying to create a single stereoscopic image in which two camera angles are laid side by side, so that a Google Cardboard lense would converge the two. I have set up two Multi-View Cameras, (one for Left and one for Right), to create the two different views needed. I can use Switch View nodes and translate each of the views to their respective sides of the screen, and should theoretically be able to use Overlay to combine the two as shown below: 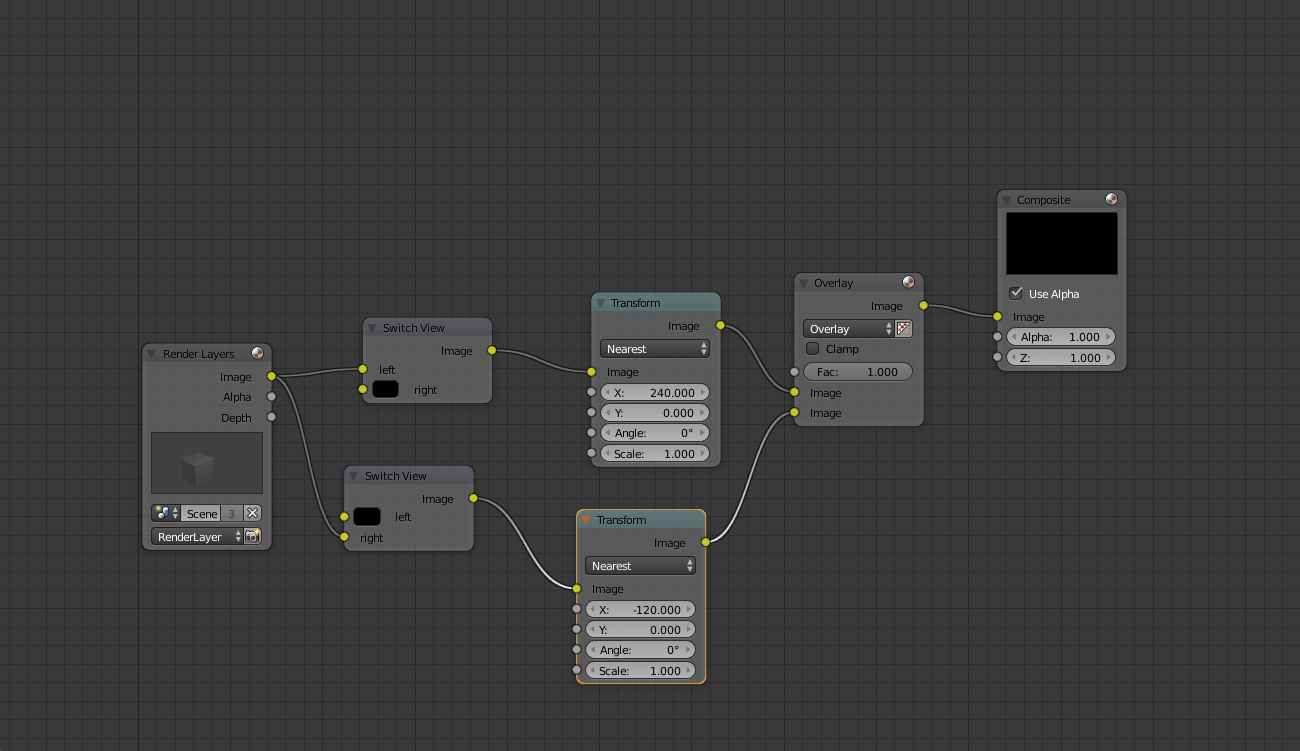 However, there seems to be no way to actually combine two views into a single image. If I try to save the resulting composite, it saves it as two files with Left and Right suffixes, but I want blender to do the work and combine the views into one single composite side by side. (I could go into photoshop and change it, but it seems like blender should have this functionality).If I go into the Composite Render Result, the image I get out still depends on the view that I select at the bottom. It appears that there is no Node that combines two views into one in this way.

Here you can see how I get two completely different results by choosing Left: 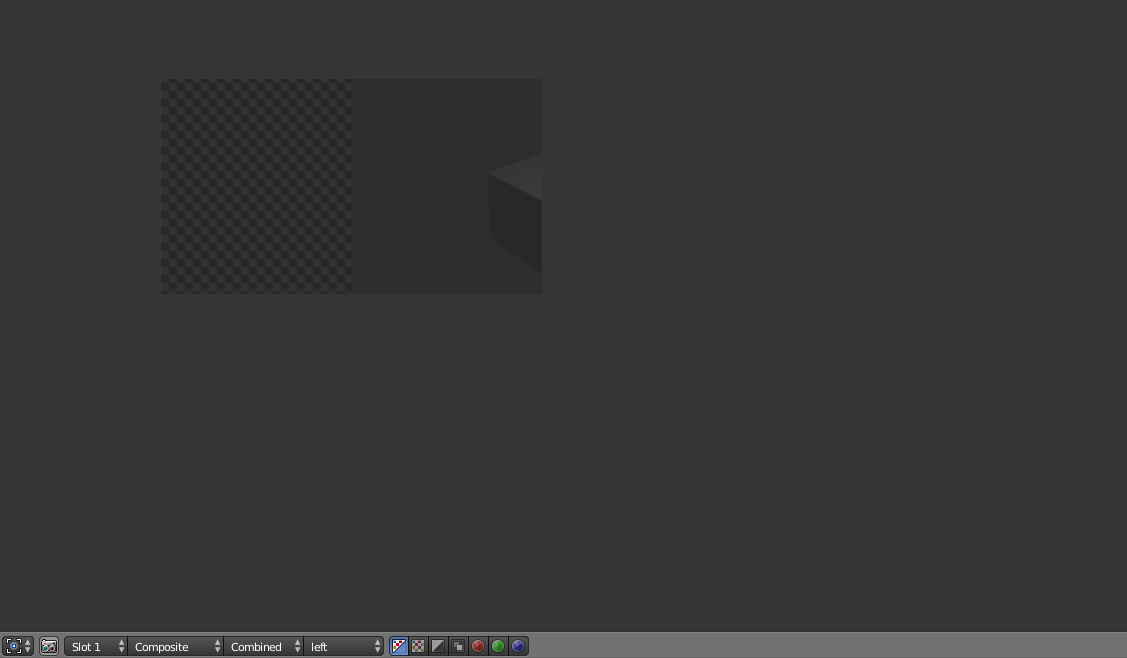 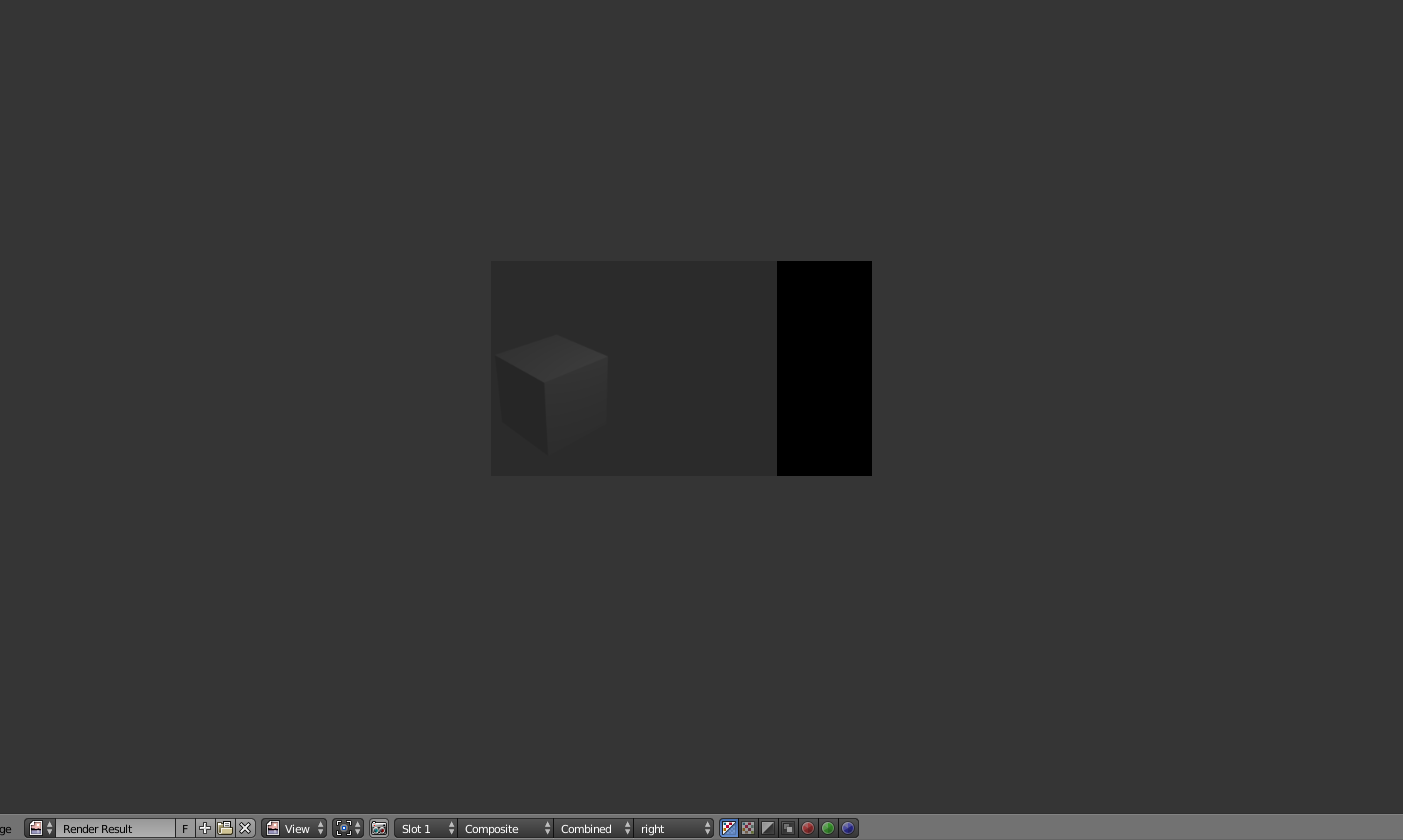 even though it seems like the overlay should simply make them one. Also, hooking the Overlay result into both sockets of a Switch View Node does not combine them into one image, either.

I know there are several workarounds, such as setting up Render Layers with two completely different object orientations or two scenes, but I would like to know if there's any way to achieve this simple effect natively. Any help would be appreciated,

You might have the intention of the node confused. The View Switch node is intended to combine two stereo images in compositing, not to split them. In the current Compositing Pipeline (which isn't suited for 3D Compositing) you have to save the images or use renderlayers to make unique changes for the left and the right side.

However you can easily view images side by side and save them.

Press F3 in the image editor to open up the save dialog. Under Views Format choose stereo 3d, then select the stereo mode (e.g. side-by-side).
(If your working in side-by-side you have the additional option to squeeze the images horizontally, so that the original render dimension will be respected.)

Not the answer you're looking for? Browse other questions tagged camera stereoscopy or ask your own question.

4
Rendering a stereoscopic image in Blender 2.77
1
Make an object only visible from a certain angle?
1
Changing stereoscopic render output to "SIDEBYSIDE" with python
0
How can I view my 3D rendered 360 pictures on gear VR?
0
is there any way i can use crossview3d while editing?
1
Rendering objects only for left or right camera in 2.8
1
Render Result doesn't match camera view