I've been experimenting with a photorealistic animation of an Earth-like planet, but I've been having a couple of rendering issues regarding the atmosphere volume material:

Here is a screnshot of the render result and the atmosphere setup. The planet doesn't have a night lights texture. 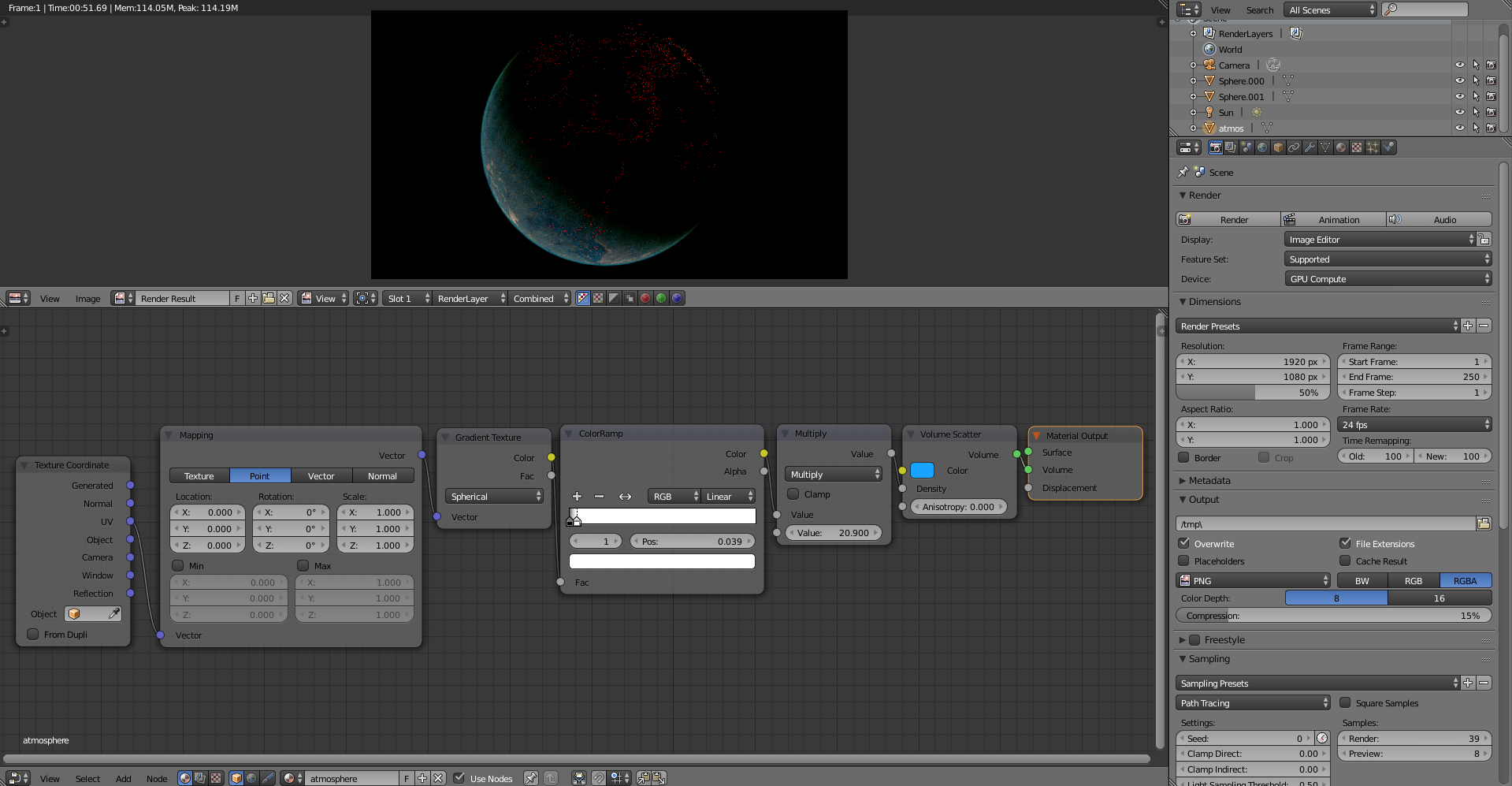 I'm clueless what could be the reason why this happens, as I followed the steps from here and from here. My best guess would be that I need to tweak the rendering settings a bit since it seems like the red areas are scattering miscalculations.

The problem with the 'red' scattering is due to how you are using the Volume Scatter shader - this should not generally be used on its own and should typically be combined with a Volume Absorption shader, otherwise it will producce unrealistic effects.

The 'scatter' node produces the result of the scattering in a volume whereas the 'absorption' node attenuates the light as it passes through to emulate losses due to actual absorption and also the losses due to scattering. Without combining the absorption with a Density at least as high as that used for scattering you will be breaking the usual laws of conservation of energy - effectively generating light from nowhere.

You should combine the absorption as follows : 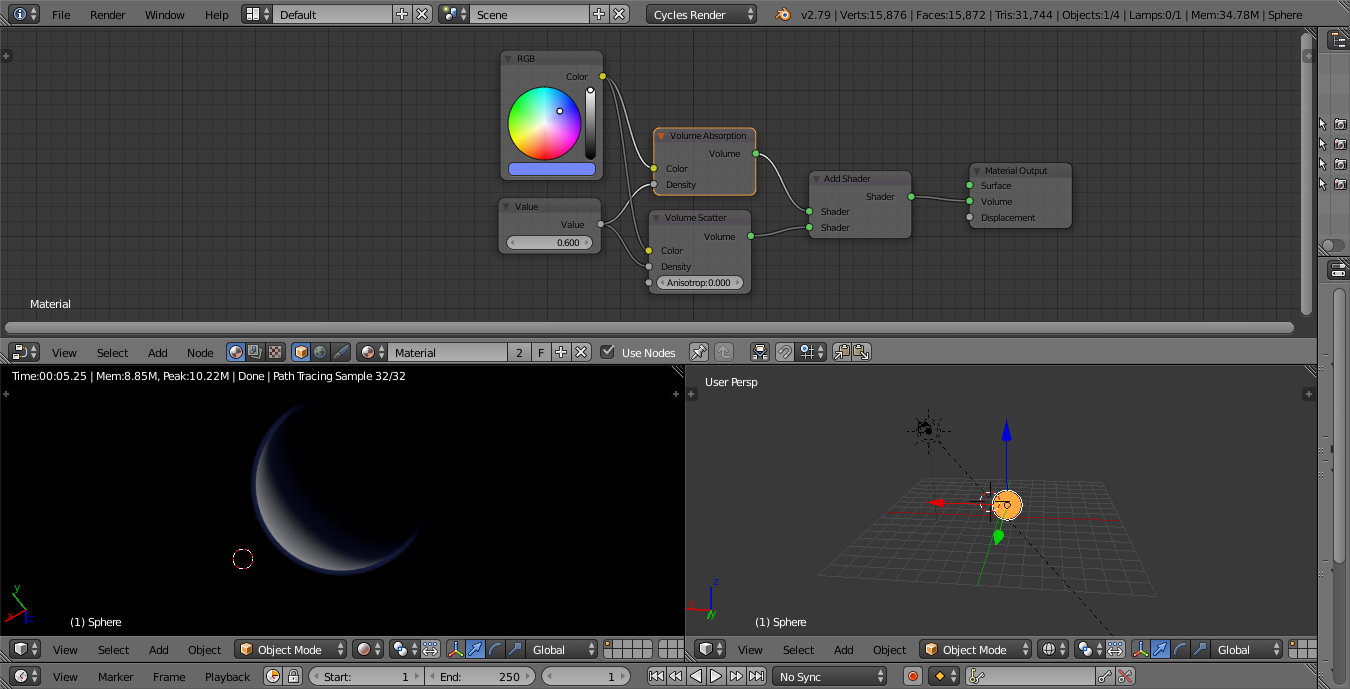 The example is produced by two spheres - one with a diffuse shader and another (slightly larger) sphere with the volumetric material shown. Note that the density is much smaller than in your example - and ensure the volumetric 'Step' size is small enough to produce enough steps through the volume of your atmosphere.

See also https://blender.stackexchange.com/a/92327/29586 for a more realistic atmosphere (one that falls off realistically in relation to altitude).

Not the answer you're looking for? Browse other questions tagged cycles-render-engine rendering volumetrics or ask your own question.

14
How to: Exponential Fall Off for Volume Density?
12
Atmosphere (Rayleigh/Mie) Scattering in Cycles

12
Atmosphere (Rayleigh/Mie) Scattering in Cycles
2
How to enable CUDA on Ubunutu 14.04 for a GTX 970?
0
Unsupported CUDA version 5.0 detected, you need CUDA 6.5
3
Rendering many overlapping parallel lights
14
How to: Exponential Fall Off for Volume Density?
0
Control an object's specularity with distance (CYCLES)
1
Volume scatter without rendering the volume object
3
How can I sharpen the light fall off for a rotating earth animation with 2 materials?
1
Keep a set of objects from casting shadows while having a shadow