Okay! Through help on this page I was able to go from this tutorial about camera tracking... https://www.youtube.com/watch?v=CVPcT0dJmoY&t=2121s Redoing the whole thing with Cycles instead of Blender Render also helped because I was able to use Shadow Catcher which is very easy, thanks to some advice from cegatron. However, when I go to render, the Shadow Catcher object can be seen as a brighter area than the rest of the scene. It's meant to be a whole in the ground, which works fine, but the surrounding area is very bright and washed out inside the area of the Shadow Catcher object. This is only visible though, when you do the final render, How do I fix it. Below is a picture of my blender workspace. At the right, you can see the final rendered image with the bright ring of washed out area which is Shadow Catcher object. The hole in it was cut out and a cylinder is underneath it, just so you know. 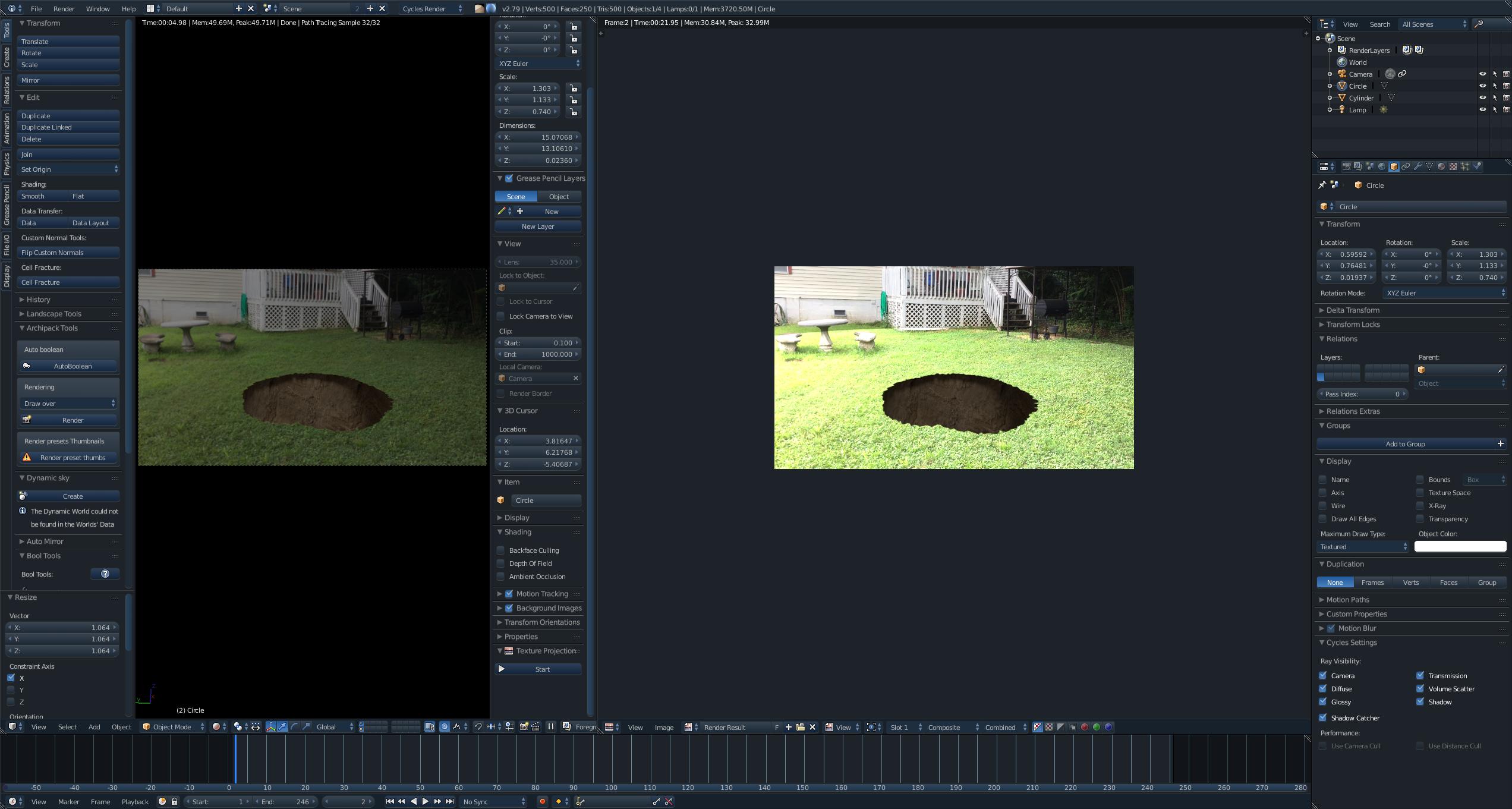 As per request I've added an image of the scene without rendering in solid view. The object that is the shadow catcher is listed as Circle and is actually a circle I extruded out into something of a plane with a hole in it. Under the whole is an object labeled Cylinder that I am using for the pit of the hole. I have also added an image of the Compositing Node Tree. Thanks for your help! 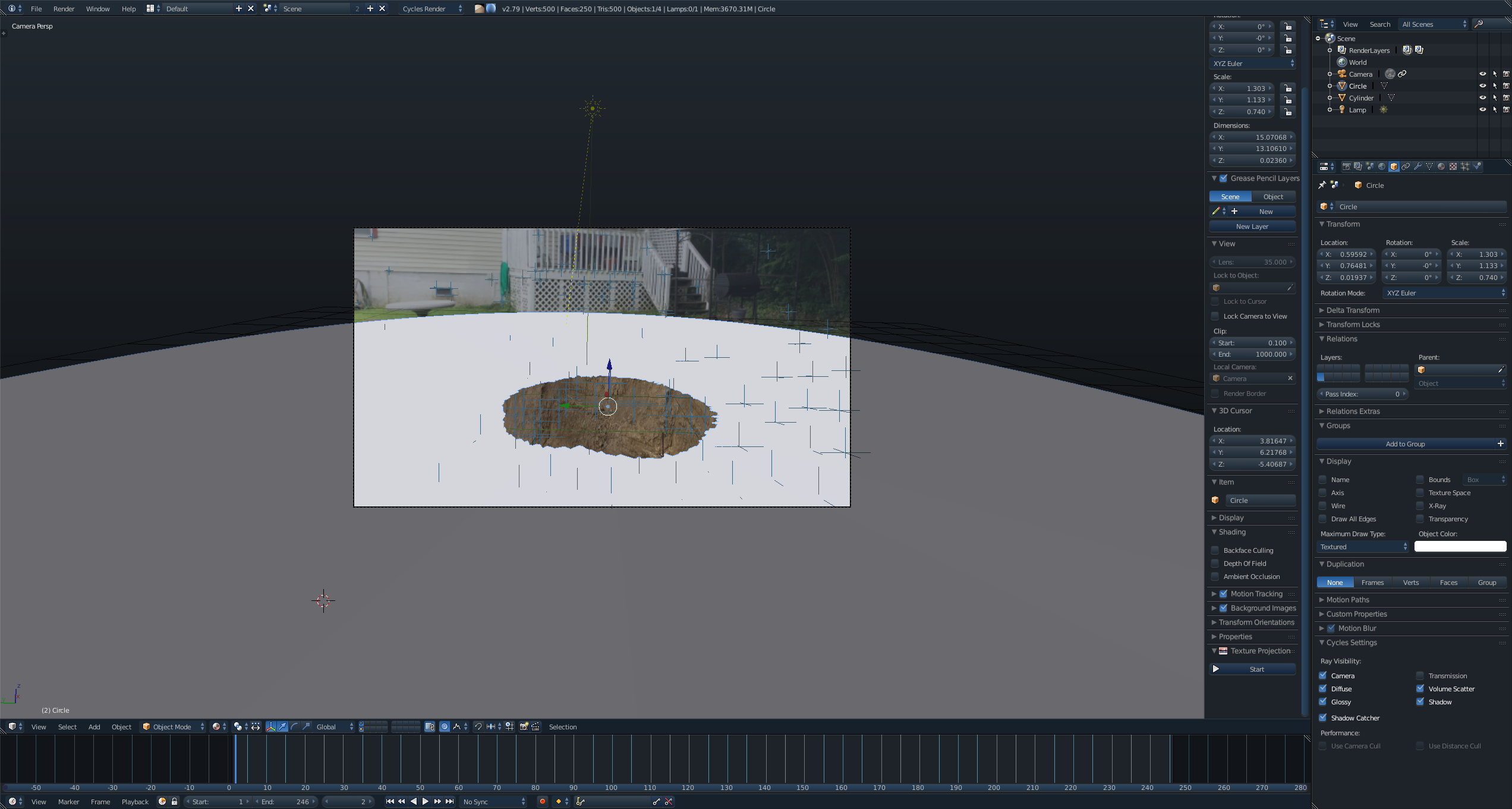 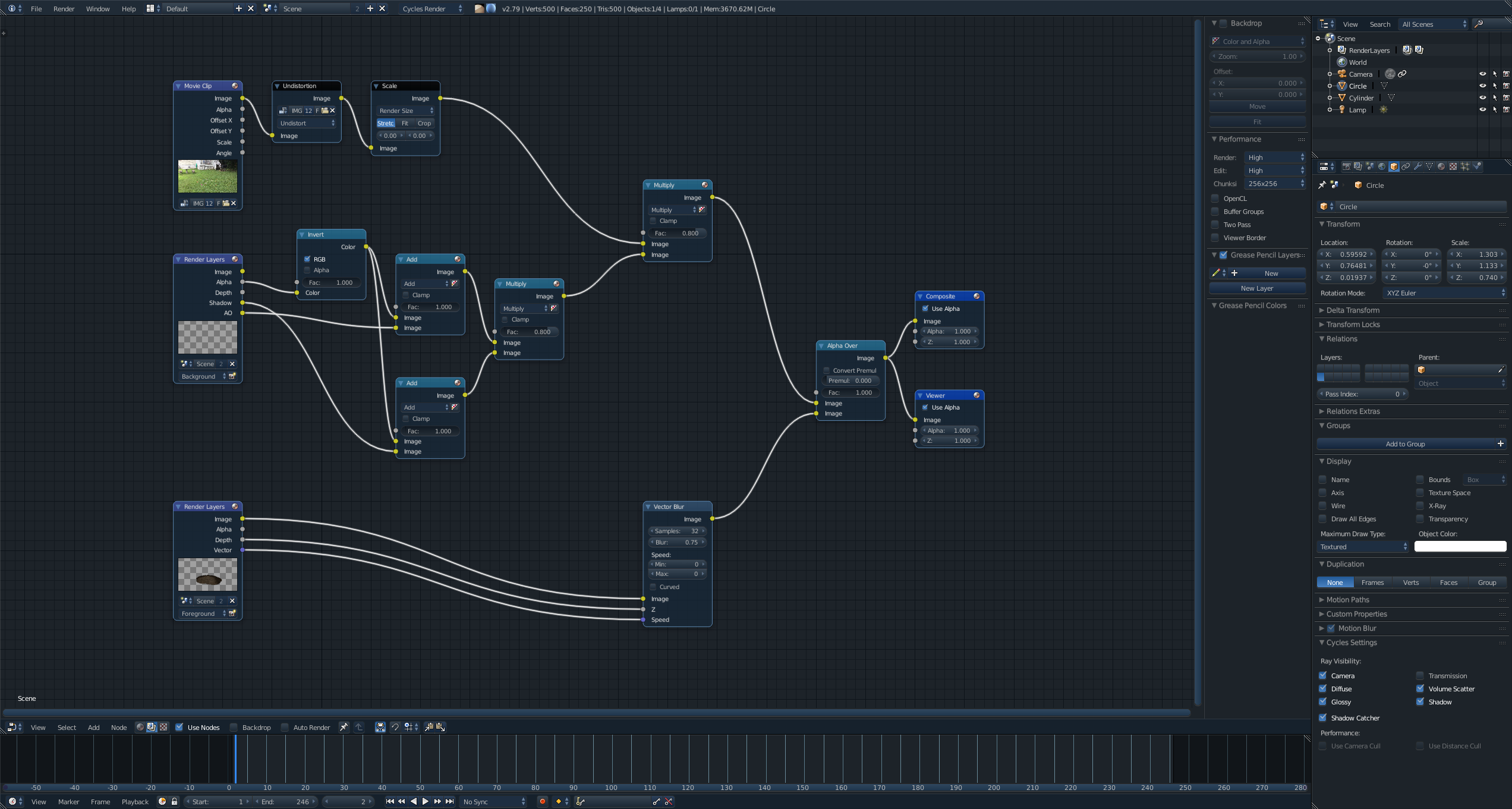 EDIT: Still haven't quite fixed the problem but I found a half measure. I took the outer edge of the Circle object that is the shadow catcher and extruded the edge up so it covered the whole shot. However, I still have a problem of a washed out scene and a pit that's too dark. 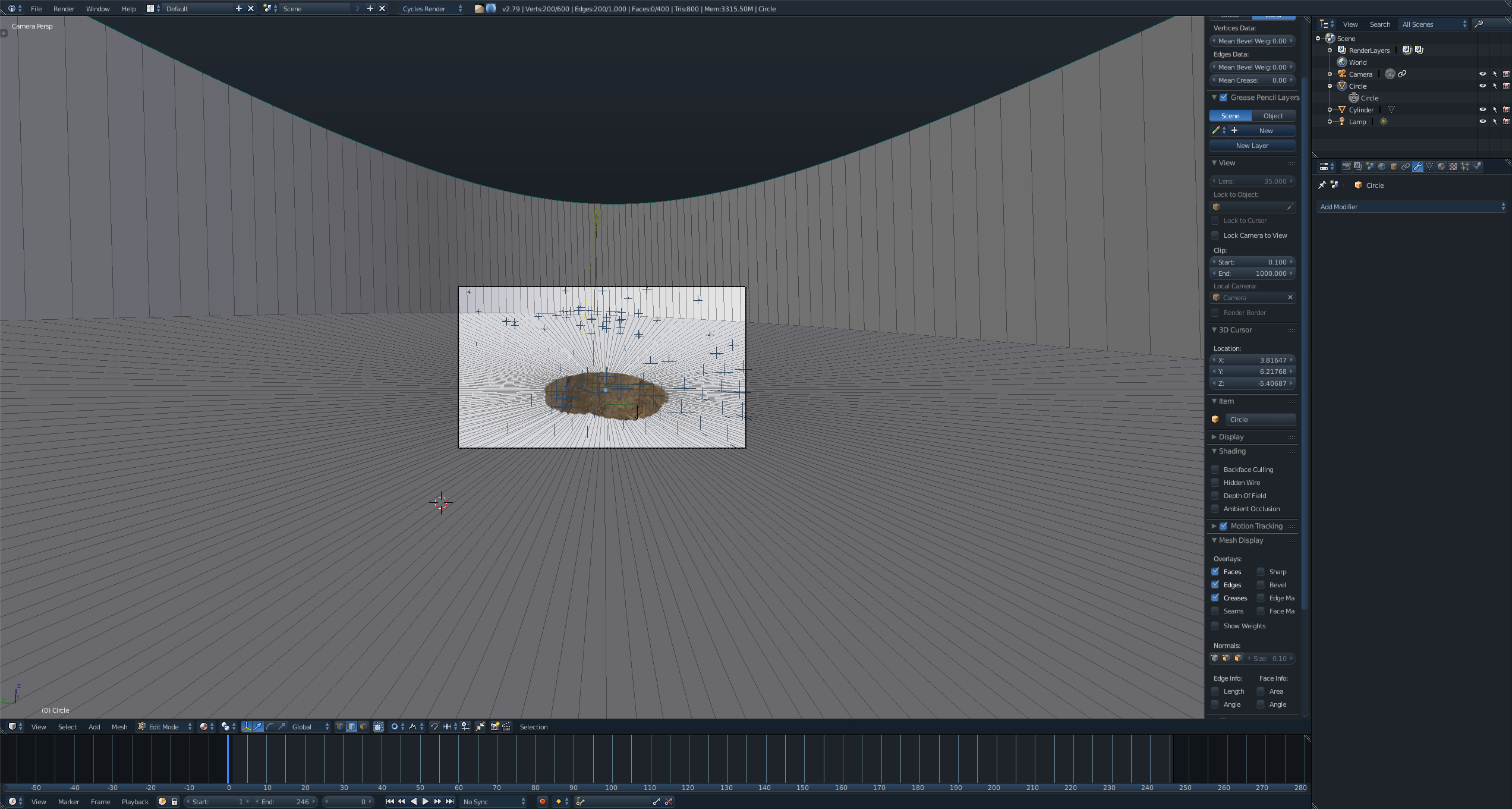 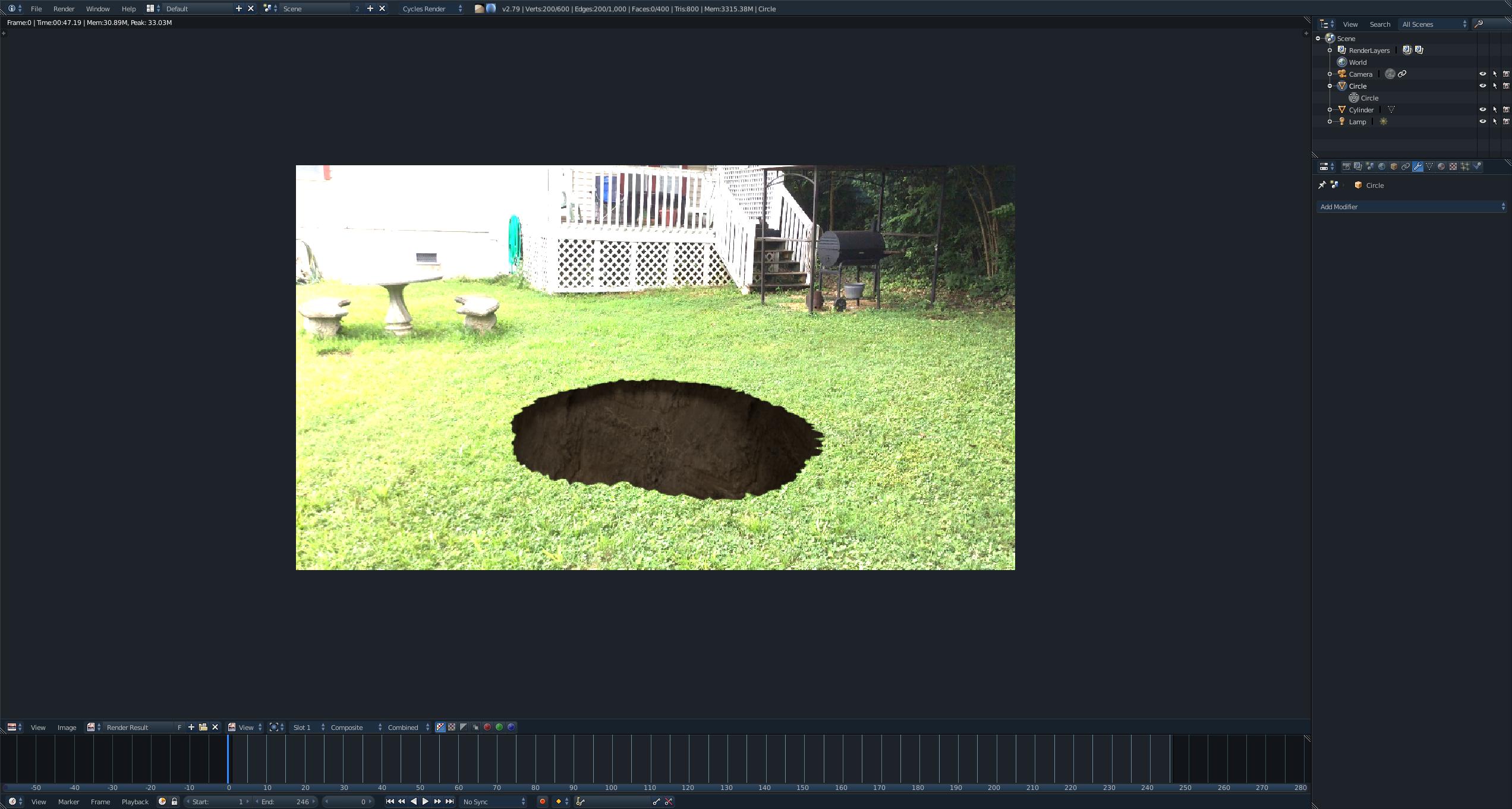 I went back and looked at one of cegaton's solutions to a similar question and figured out how to fix it. I simplified my compositing nodes and the problem seems to be gone. 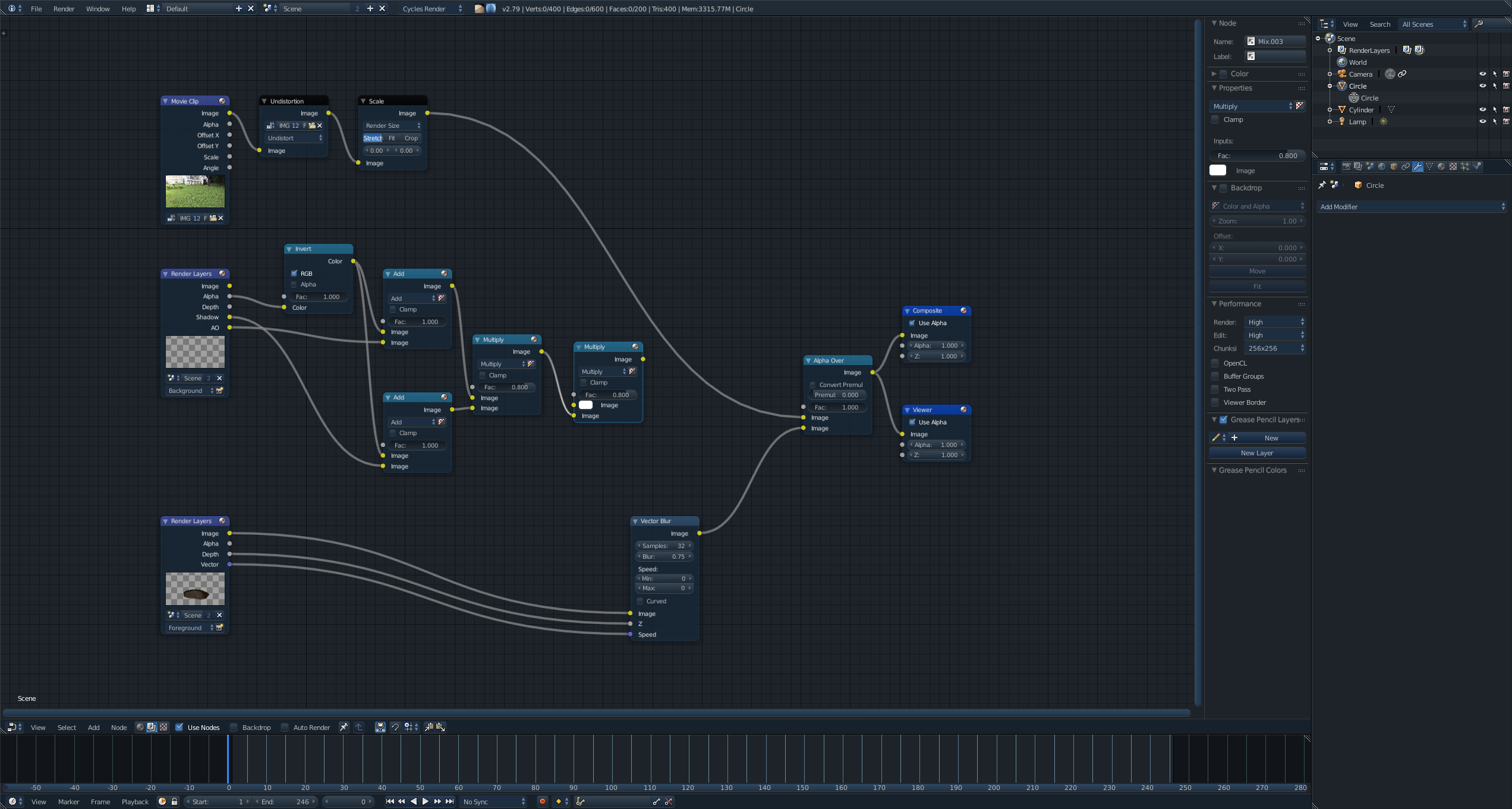 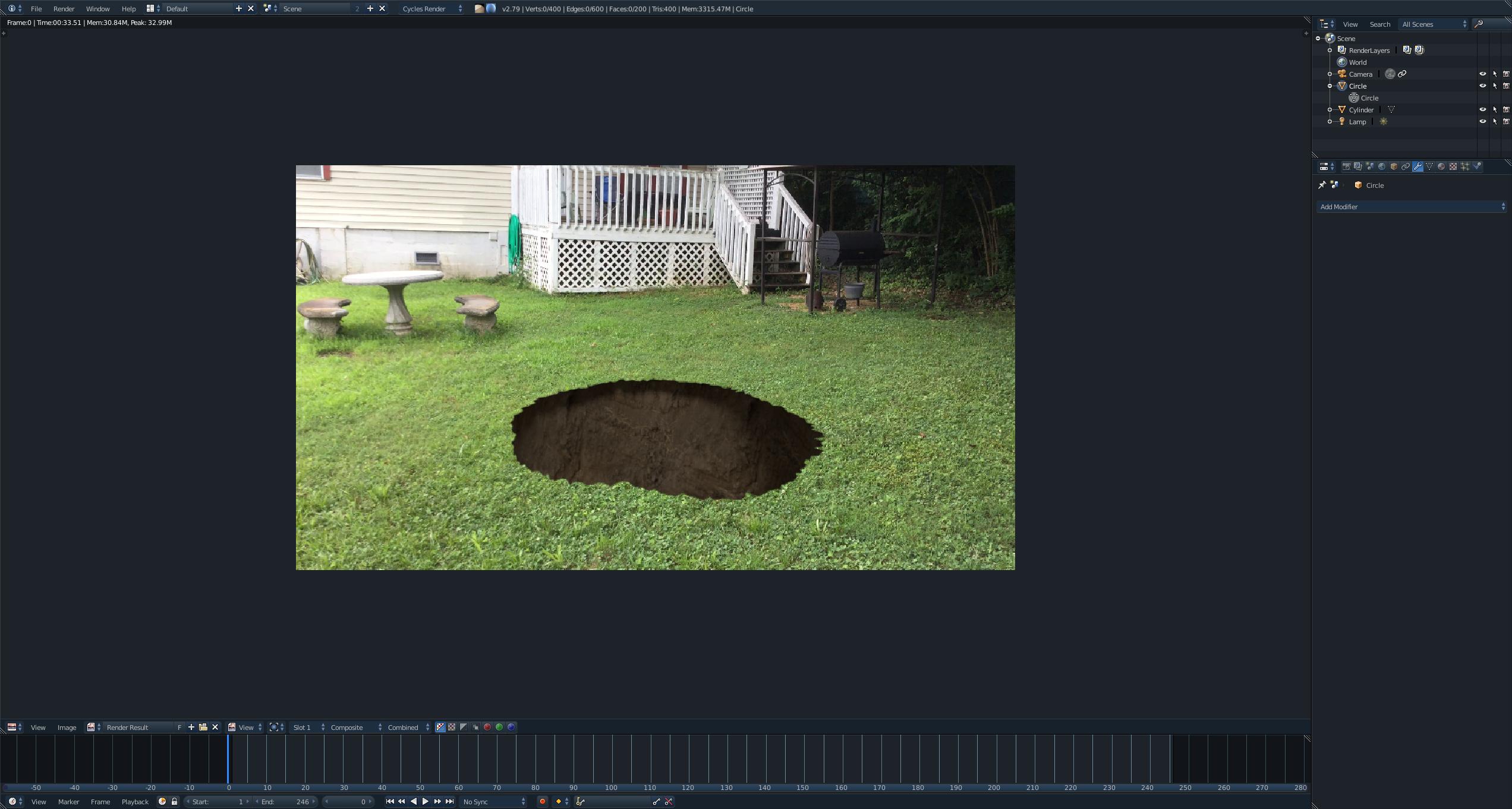 Not the answer you're looking for? Browse other questions tagged cycles-render-engine tracking shadowcatcher or ask your own question.