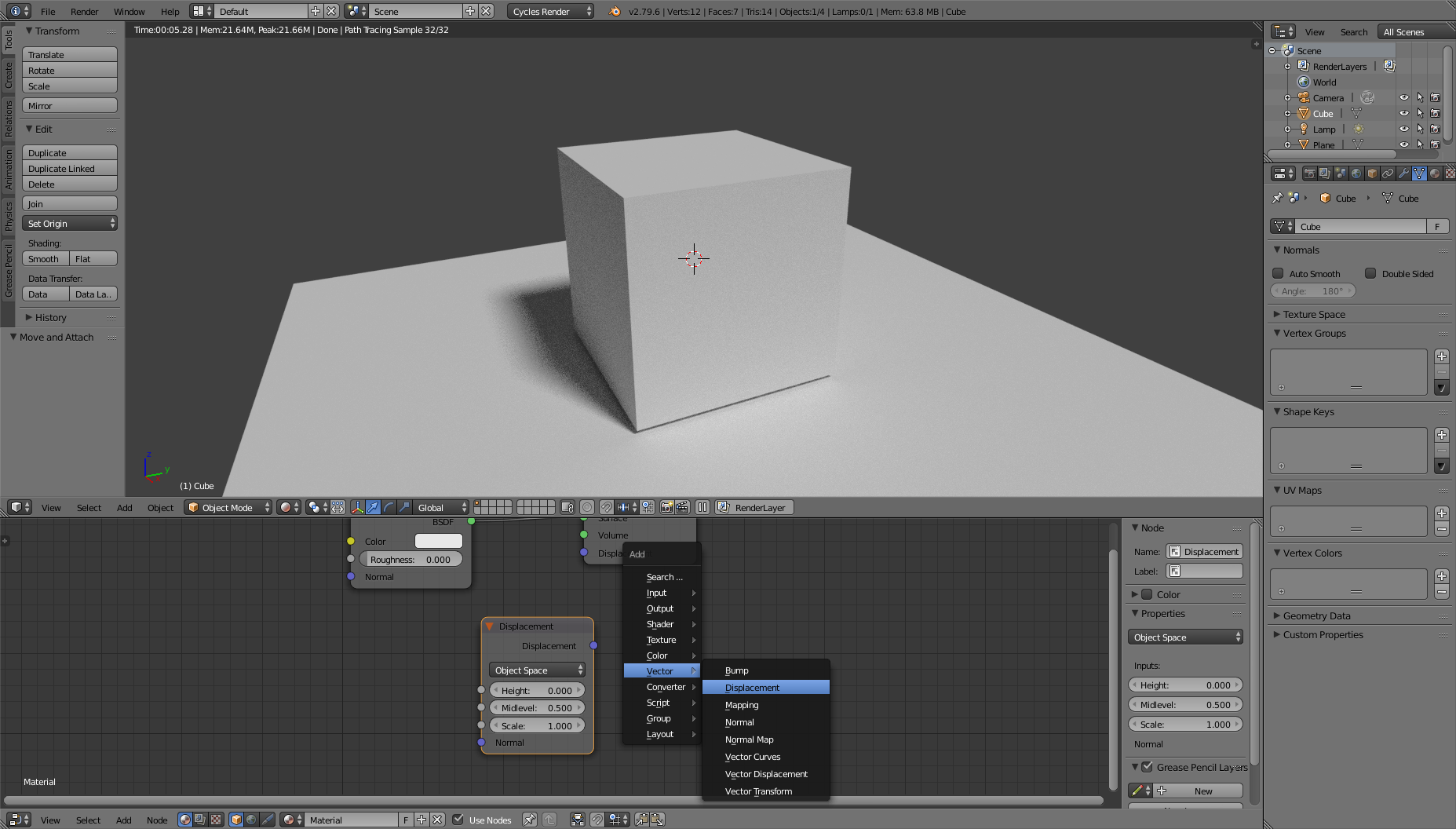 0
How to match cycles texture with displacement modifier?
1
Microdisplaement in Blender projecting only in one direction!
0
can't find the displacement node

5
Do you have to download a special version of Blender to use experimental features?
5
Sampled motion blur in cycles
1
Object Info returns 0. Random materials for different objects
2
Cycles - (Shader) Nodes - inputs outputs - What are the exact data types?
4
What value does the Displacement input of the Cycles Material Output node expect?
0
Understanding Blender node editor
6
Blender 2.8: Where can I find light energy/intensity in Cycles?
0
Displacement settings in Materials turn material black
1
Why does my material's vector displacement not look the same in render?