Pardon the terminology in the title, just to be clear I don't want to extrude at all, but I have an inset I want to do following along with a tutorial where I have the back of an engine I'm modeling and I want to inset the faces a specific way.

With the weight its "extruding" the face individually (first picture) where I want the connected faces to "extrude" together as two connected faces, second picture.

I can't figure it out at all. Please help :( 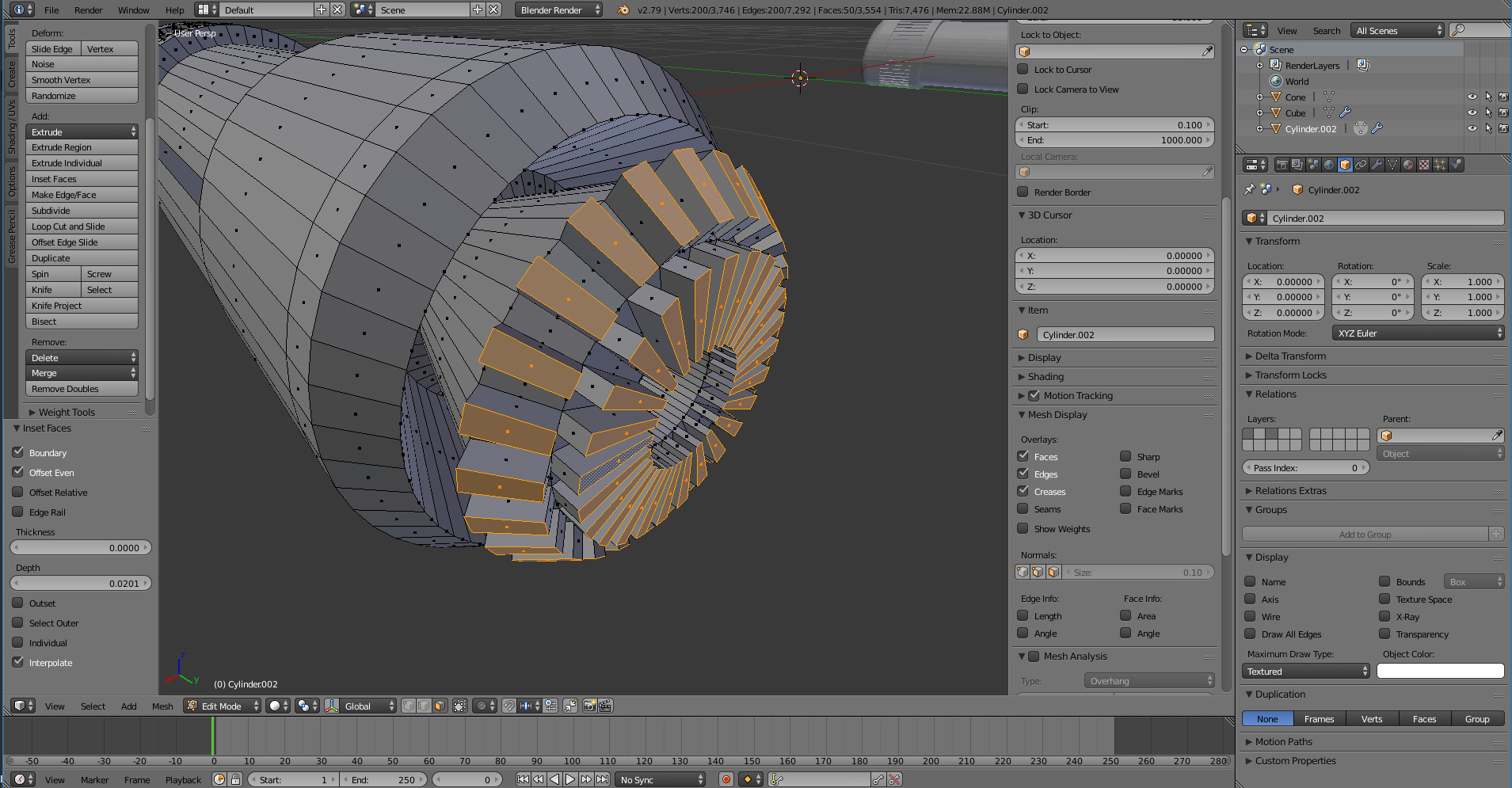 I'm not entirely sure I understand. First, I don't see any completed inset faces, only the state after extrusion (first that appears to be individual faces, the second that appears to be regions.) Second, I'm not familiar with your use of the term "weight"; I'm used to it being used to talk about the extent to which a vertex belongs to a particular vertex group.

Now, here's a default (region) extrusion similar to yours: 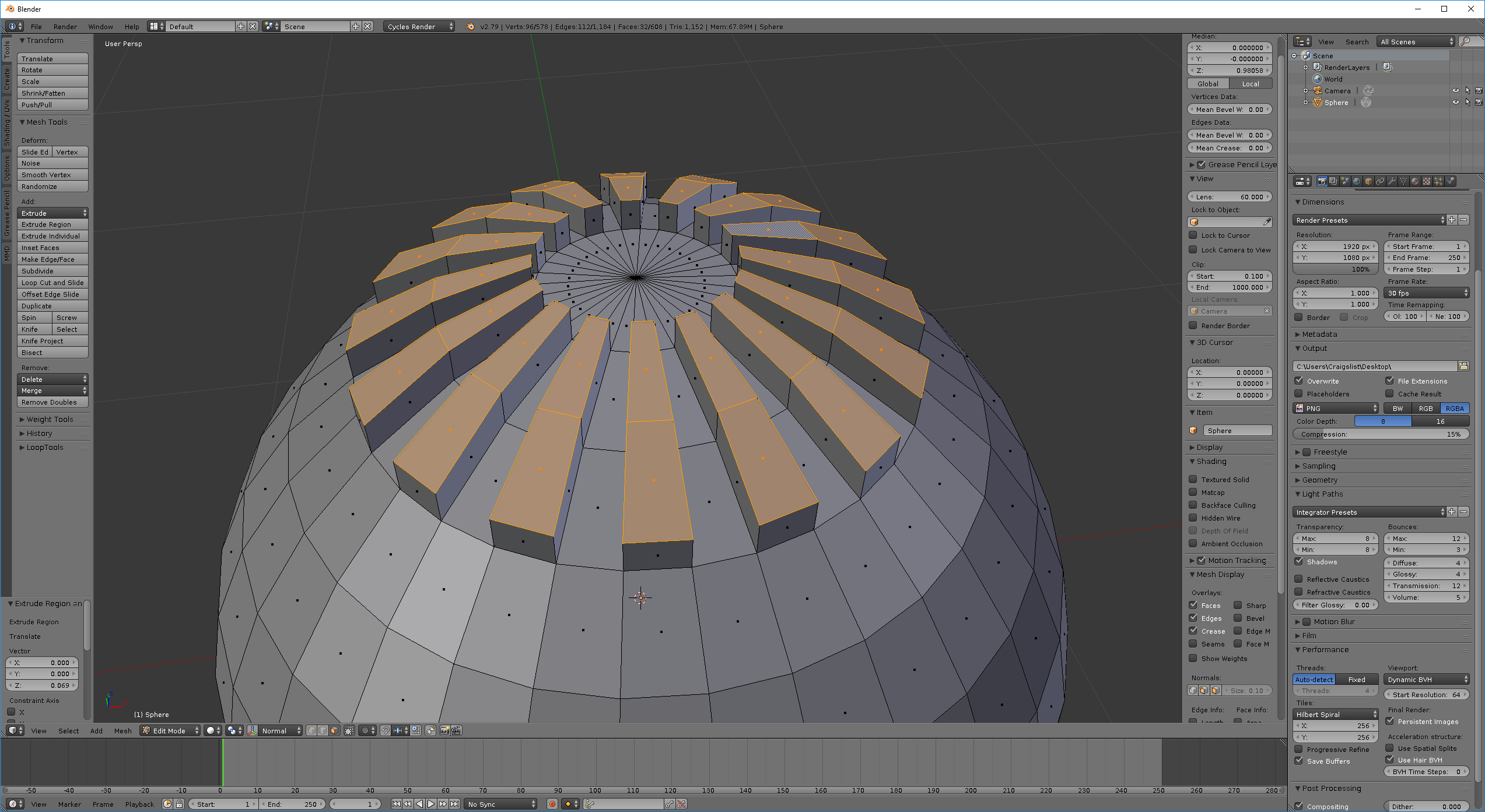 If I follow that up with inset faces, I'll get: 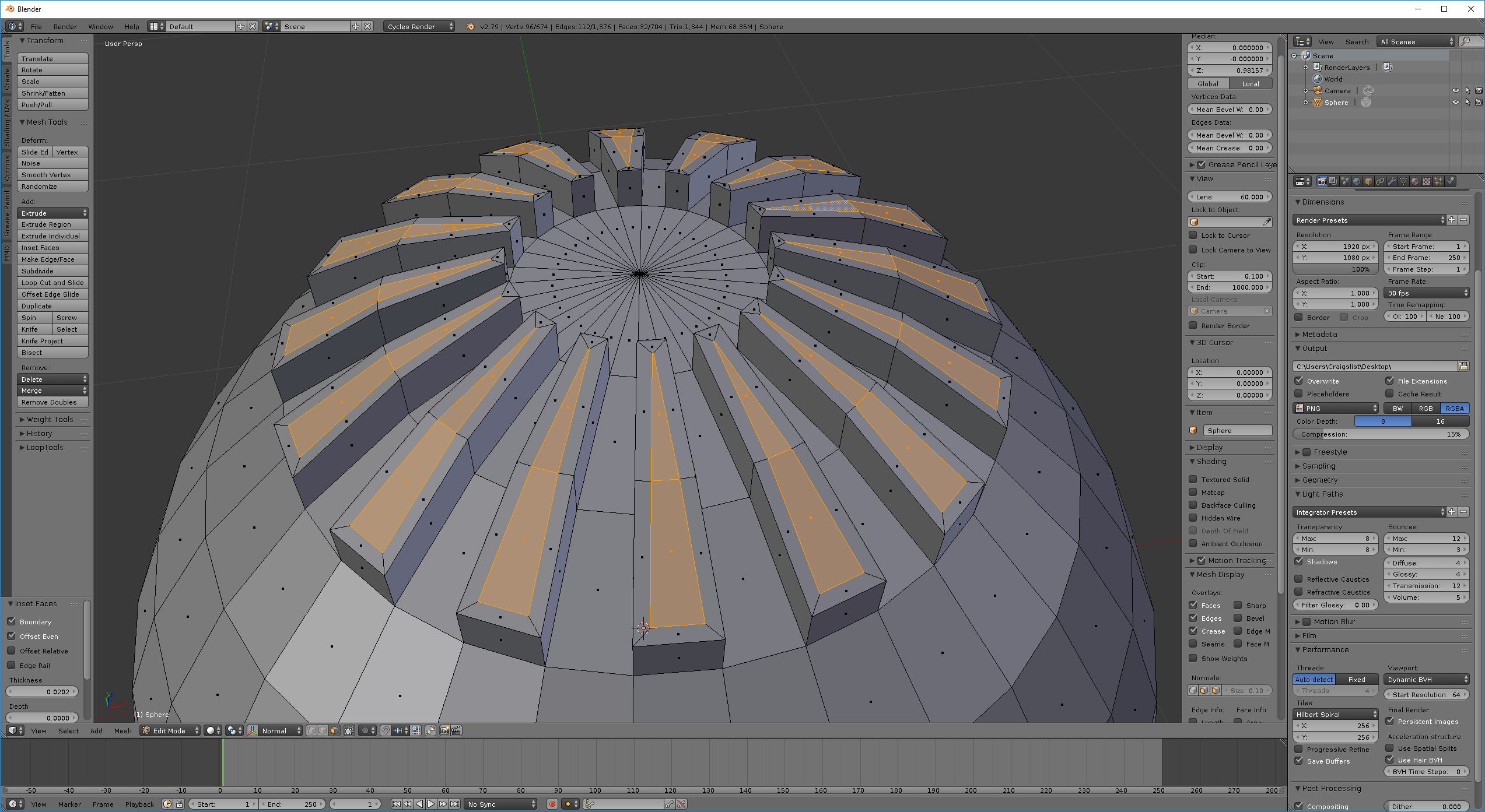 Now, maybe what you're talking about is using an inset follow by a scale; this is basically the same thing as an extrusion anyways. Here's what happens if I inset with everything selected: 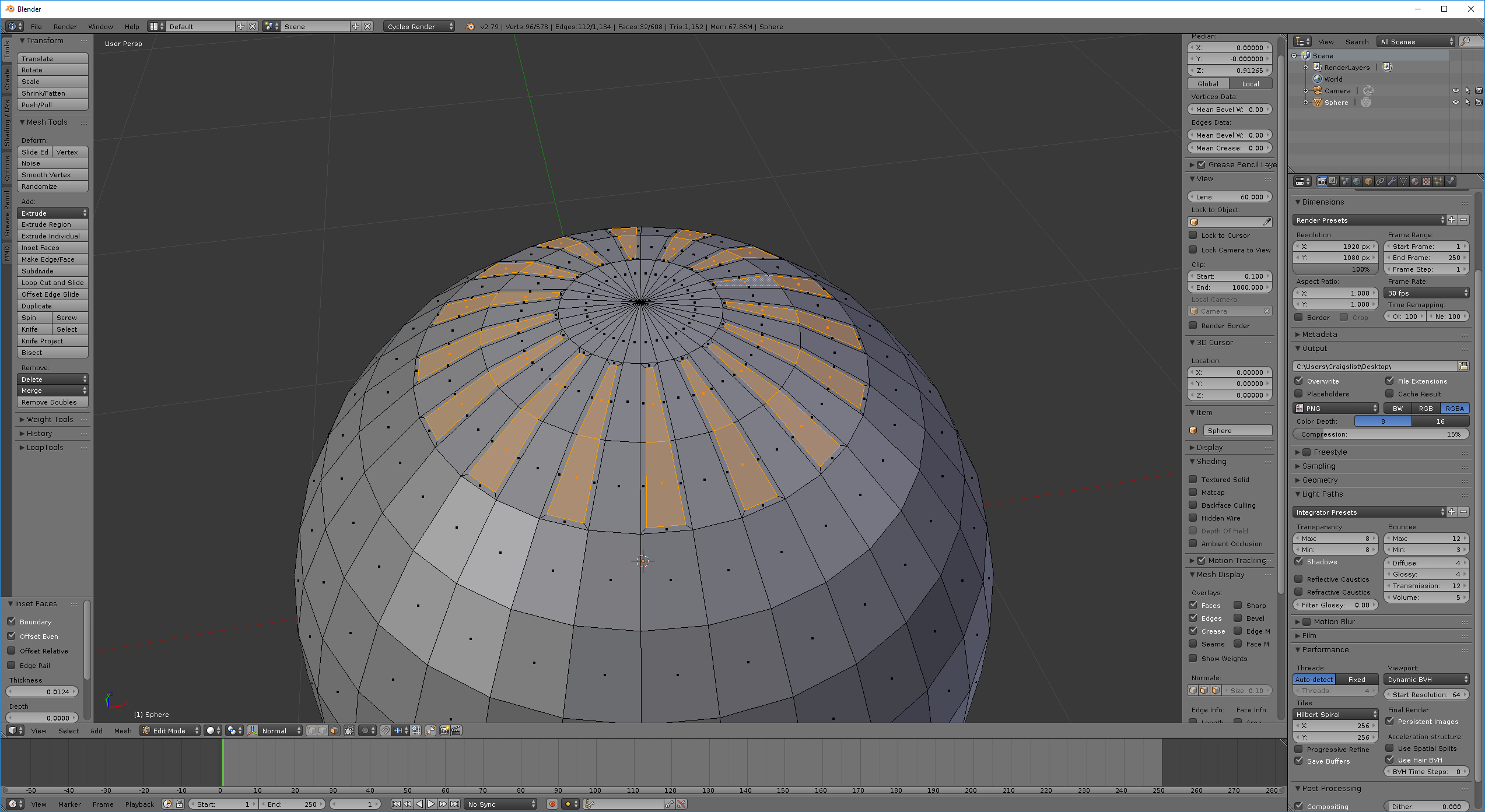 I can then move those faces any which way I'd like. However, if I try to do this in two passes, or if I enable "individual" on the operator panel, I get 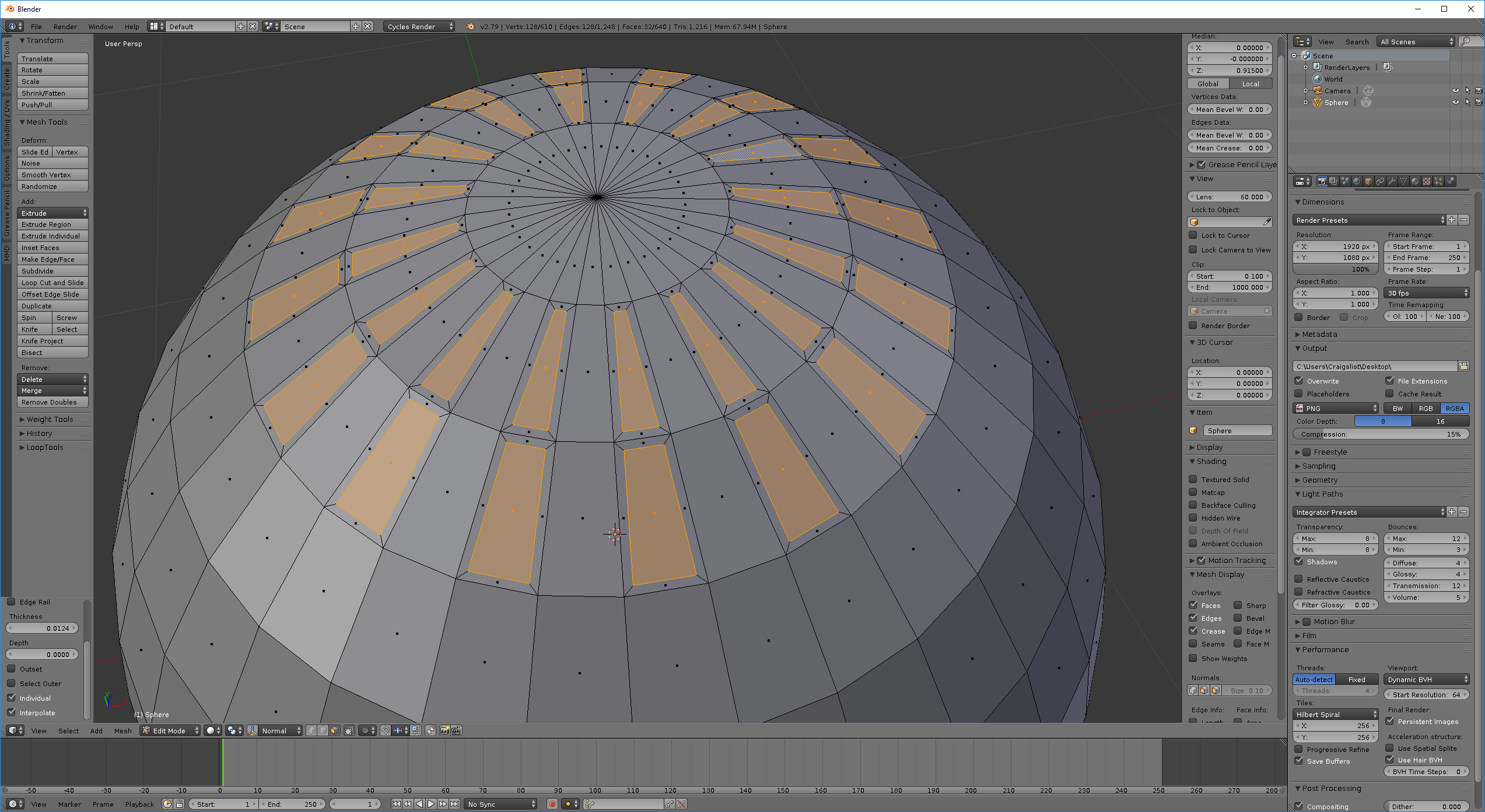 You'll notice that if I now try to move those faces, I'll end up with separate faces, as in your first pic.

4
Extruding faces
0
Trouble extruding complex shape from model
7
What is the fastest way to do a cut extrude / inward extrude?
7
Extruding inwards along edges?
0
Extrude Region (Vertex Normals) Extruding faces individually
2
how to extrude neighboring vertices without creating a face in between?
0
How can I create and keep these faces together nicely?
0
I would like to have same offset at Extrude Faces Along Normals
3
Inset specific faces and extrude them afterwards - Python