I have been banging my head against the wall for weeks over this before deciding to reach for help with more experienced users.

I am working on a smoke simulation in which smoke flows through a transparent pipe. The problem I found is that while the smoke can bee seen behind the glass, it does not get rendered when there is an object behind it. The object appears in front of the smoke whenever you place a transparent object in front of the scene. I reproduced a simpler situation here: 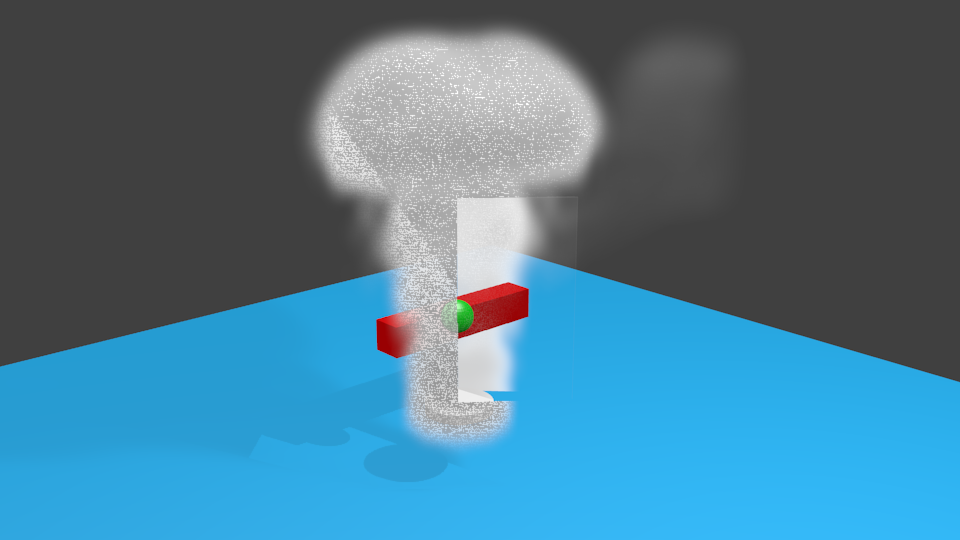 from foreground to background: glass, smoke, green sphere (inside the smoke plume) and red box (behind smoke plume). Everything is contained within the smoke domain.

I tried playing with shadows, casting transparent, z-transparency, everything! The only thing that kind of works is disabling tracing in the render, but that ruins the glass material so it is not really an option.

Any thoughts will be very appreciated!!!

Browse other questions tagged blender-internal-render-engine transparency smoke-simulation glass or ask your own question.