Simple way to create a curved tunnel between two planes

I'm a newbie in Blender and I was trying to model a tunnel representing a wormhole embedding as the one in the picture, with no success. 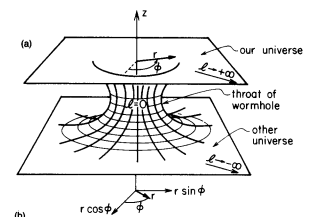 I tried to make a cilinder between to planes and subdivide it in sections but that made the tunnel look piece-wise and not smooth as I want. And I would like to know how to "erase" the sections of both planes corresponding to the throat.

Erase three quarters of it and move the remaining vertex along the X axis to the side.

Add a Screw modifier and adjust the axis and Steps parameters accordingly (multiples of 4 are advised). Apply the modifier or convert (a copy of) the object to mesh afterwards.

Add a new plane mesh, scale it as desired then erase all faces leaving only the edges. Subdivide them to match the previously chosen value for Steps in the screw modifier.

Join the plane to the circle at the correct height with Ctrl + J, then bridge the gaping edge loops with the Bridge Edge loops operator.

Now add a Mirror modifier along the $Z$ axis to complete the symmetry.

If you need an even mesh density you may optionally add a few edge loops to the bridged faces.

Here's a more sub-d approach - all in Edit Mode unless otherwise stated: 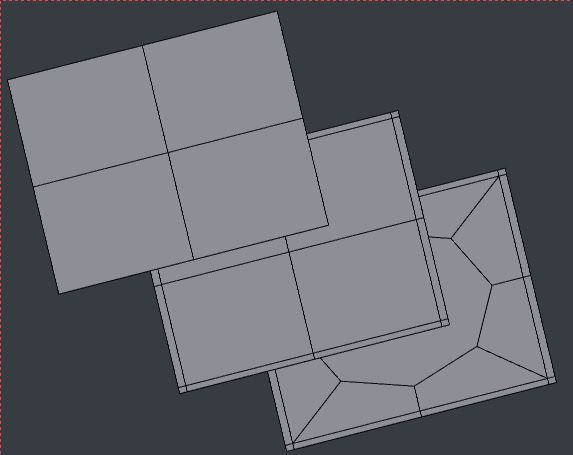 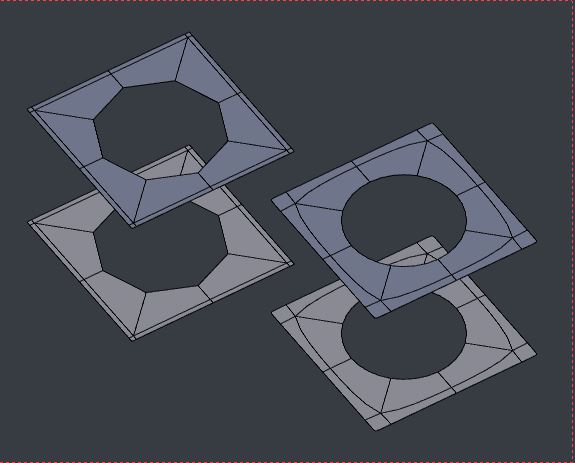 Back in Edit Mode:

In the tool region, adjust the number of cuts - I would suggest an odd number - (here, 5), set interpolation to 'Blend Surface', choose a Profile Shape, and adjust its Smoothness and Factor to your liking. 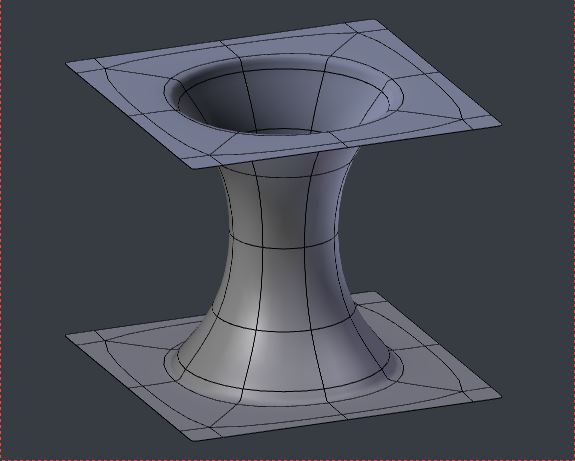 This isn't very non-destructive, but still very tweakable - in Edit Mode you can scale the whole thing in its height, and with Proportional Editing set to 'Connected', you can scale the central loop of the bridge in its own plane.

In an approach very similar to @Duarte's, Going to start with a simple 2 point bezier curve. Very easy to edit into a wormhole-ish hypotenuse shape by pulling on the handles. The spin modifier can be used as a visual guide.

The simple bezier curve in edit mode. Copies left and right with screw modifier. Adjust the resolution, if desired, before converting to mesh

Convert the curve to mesh. Object > Convert To > Mesh Add a screw modifier . Make sure that steps is a multiple of 4, (will give us nice corners).

Next add a "Mouth" vertex group, select the last vert on the outer rim and assign it to "Mouth" with weight 1.

Now add the cast modifier, as outlined in How can I morph a flat plane to be a flat cirlce? . (Please Note, I cheated a bit here and moved the mesh such that the origin is the centre of the hole. Otherwise would need to add an object (empty) at wormhole plane centre point, and assign to control object)

Only need to cast in x, y directions, ie, the surface of the plane.

Now for some subdivision. Add a subsurf modifier, and move it above the cast. (With subsurf can set the screw steps to 4)

Next in our modifier stack is the mirror modifier. An empty is used this time as the mirror point at the base of the trumpet

Moving the curve used by the modifier produces some cool results

Adjust the steps (by multiples of 4) and the subdivision and cast parameters to see the effects. This shuuld be my flashy animated GIF bit, ... I think you get the picture

The whole set up can be reproduced very quickly from the 2 point curve. Joined as shapes to animate the opening of hole for example sake. 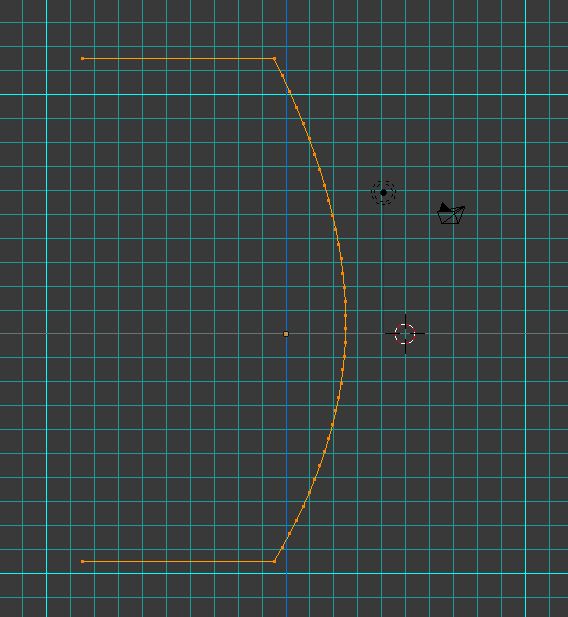 Not the answer you're looking for? Browse other questions tagged modeling physics or ask your own question.

20
How can I morph a flat plane to be a flat cirlce?
0
How do I make this concave shape?
0
How to make a warped spacetime grid?

0
How to trim the jagged edges off of this solid
0
How do i snap a copied part of a mesh to the parent of the mesh, wiht a distance created by edge?
0
How can I get physics objects to for a tight container?
1
When I enter sculpt mode half of my model goes missing?
0
Is it possible to delete backfaces as opposed to hiding them?
1
Create a curved face between two bezier curves in Blender 2.8
1
Why does the Multiresolution leave bumps in my mesh?
1
Creating custom arc shapes (multiple bumps)
2
How to make toothbrush Bristle animation