I'm making a series of explainer animations in Blender Render with freestyle and in one of the scenes I'd like to show a pipe going from one location to another and simulating a liquid flowing through it - toon style - perhaps something like this: 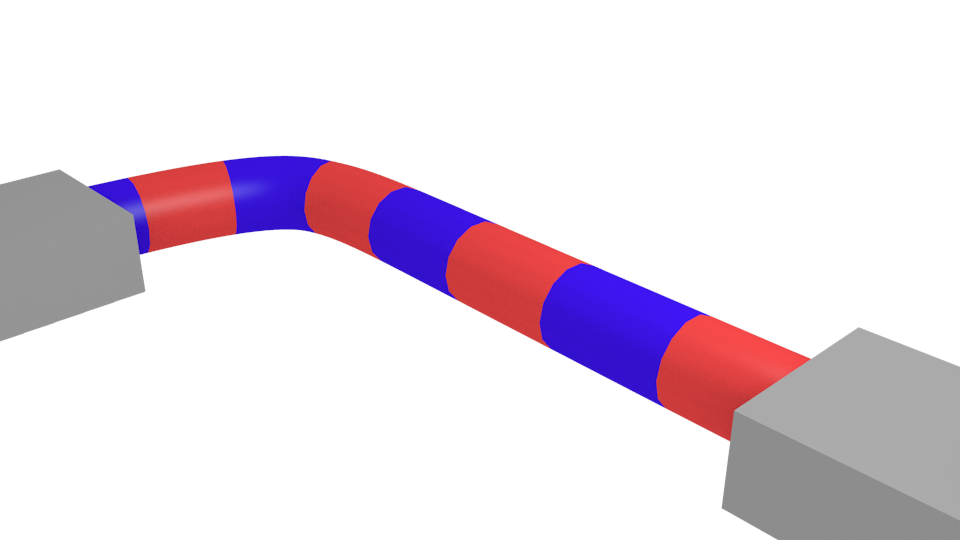 The red and blue would move along the pipe just to give the impression that there is movement rather than using real fluids.

I've looked at things like getting cylinders to follow the path but that gets extremely fiddly for longer animations where this is part of the background. Is there a quick fix in blender for this?

Using a curve to animate something along a curved shape is most likely the easiest option.

As you can see, the motion along the curved gets repeated the amount of a segment, creating the illusion of a continuously moving shape.

If the extra amount of pipe is problematic, it could be remove with a boolean modifier. Howevery, the curve could also just shape in a direction which hides the pipe from the camera's view.

19
an easy way to subdivide along one axis only?