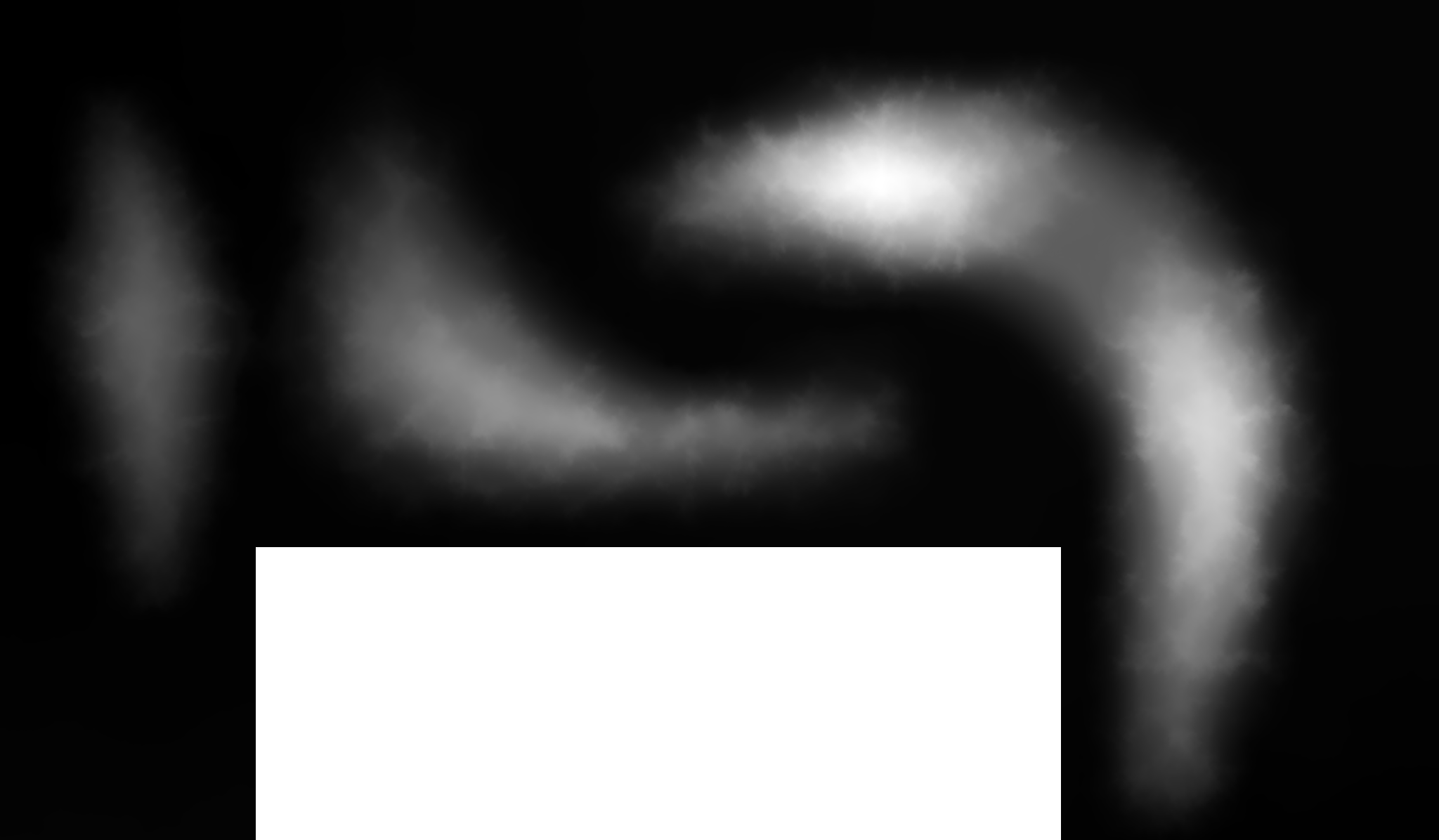 The lower rectangular area is an example for transparency.

The generated mesh using the displacement modifier looks like this: 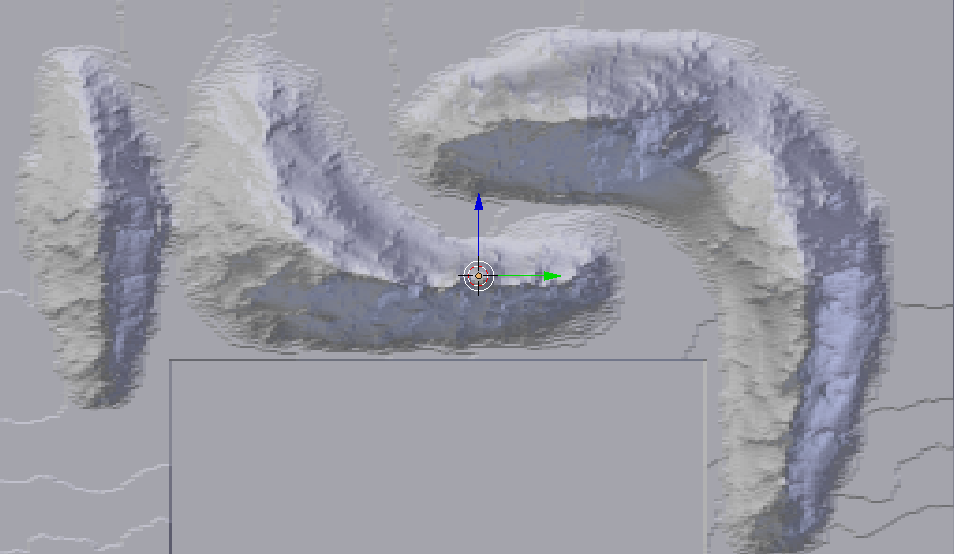 Everything that's transparent (or black, whatever works) should not be considered in the final model.

Is there some kind of automatism or do I have to remove the unwanted vertices manually?

The issue here isn't that it's not ignoring black. It is. (Technically, it's treating it as 0 displacement.) The issue is that the areas that look black to you aren't fully black. Open your image in something like GIMP and click around. You're going to see that some of these pixels that you thought were 0/255 are actually up to 5/255. 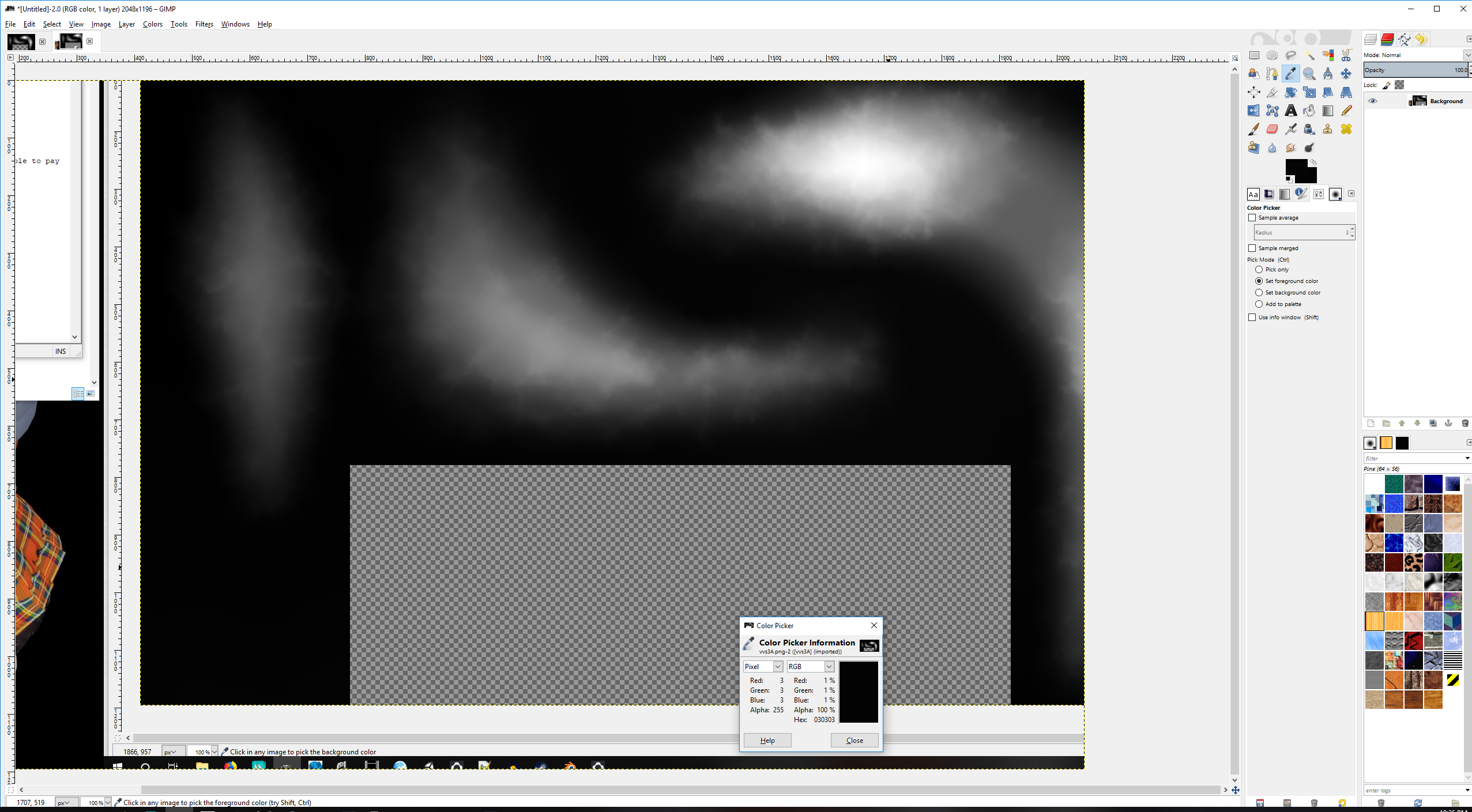 If you're doing displacement in nodes, you could do some math editing there, but based on your goal, I bet it's via modifier. You can do a little bit of editing of textures to bury the not-quite-black in Blender by adjusting brightness and contrast, but it screws with your picture in ways you might not like. 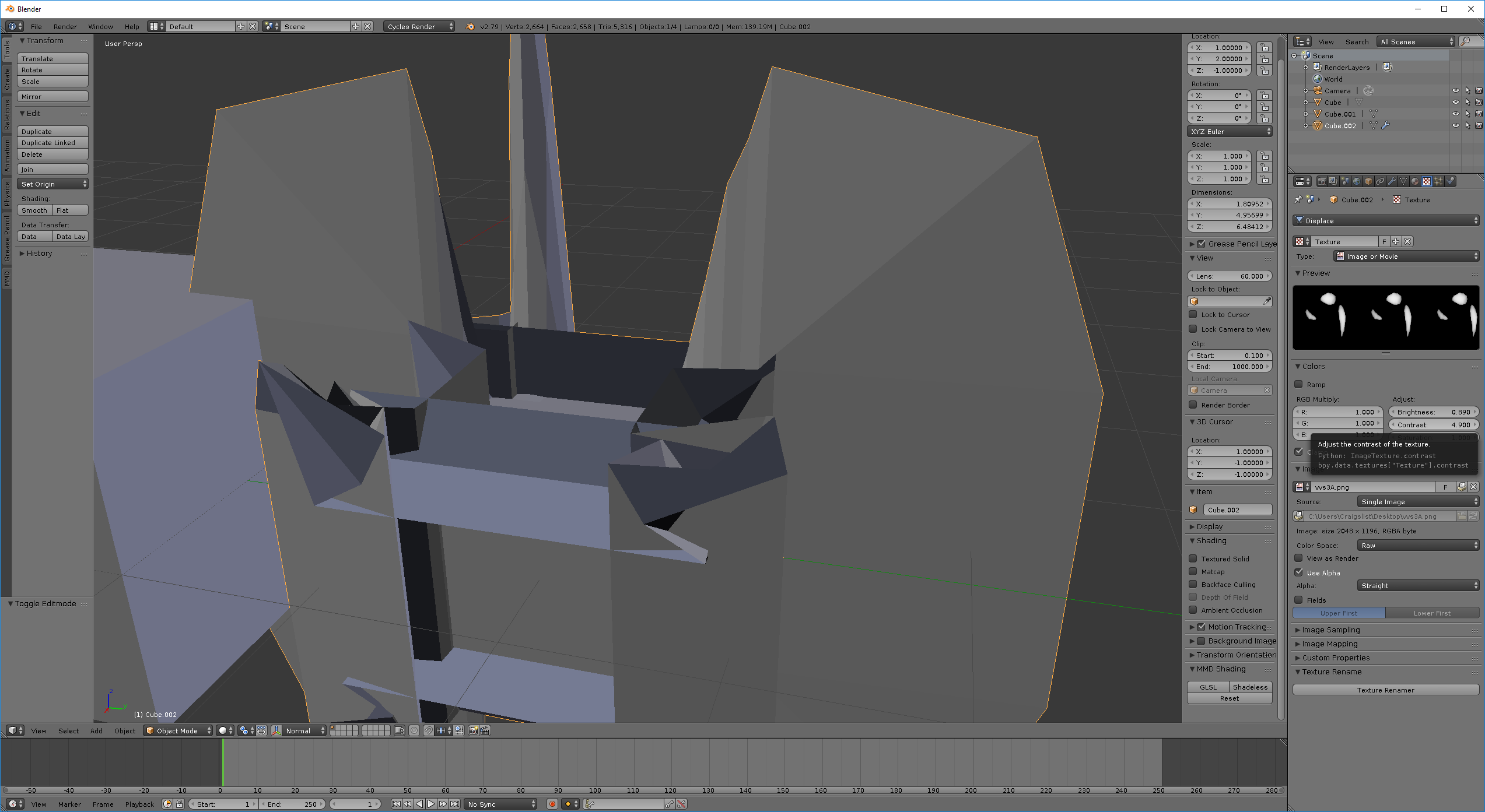 Really, the right place to do this is in an image editing app.

Displacement modifier is already reading your alpha as 0 displacement (black), despite the fact that the color underneath the alpha is white. The reason for the border around the alpha, again, is that the rest of it isn't actually fully black.

I would recommend using higher color depth for displacement maps, especially those used at this scale. Try making your image in Blender as a 32 bit, and if this kind of image is all you need, you should be able to paint it directly in the UV editor by switching from View mode to Paint mode.

Not the answer you're looking for? Browse other questions tagged height-map or ask your own question.