Mesh being deformed in a weird way by armature

I made a low poly mesh by using skin modifier on a skeleton kind of shape made out from extruding vertex from a single point. After that, I applied Subdivision Surface and Armature modifiers to bring everything to life.

It worked fine, I did some improvements with IK bones and nothing fell out of place, I made a little idle animation and it was fine. Tested exporting it to Godot but didn't do much after that, as it was late at the time, saved and closed the project.

Now I open the project, 3 days later, and notice something odd about the wrists, they have a weird looking deform that wasnt there on Friday, guess its just something about the pose and I try to switch it around, more weird things start to happen.

Joints deform as if they had a cylinder blocking their path and thighs have a small jump as wrist have.

I've tried googling but to be honest, I dont even know how to word this issue, I've tried fiddling around with the weight painting but to no avail, as well as switching Armature modifier's Bind To from Vertex Groups to Bone Envelopes, and it actually made things worse. I removed every Vertex Group from the mesh, and applied the armature again With Automatic Weights, this fixed some issues but some parts of the hands and feet were stuck without being able to deform. 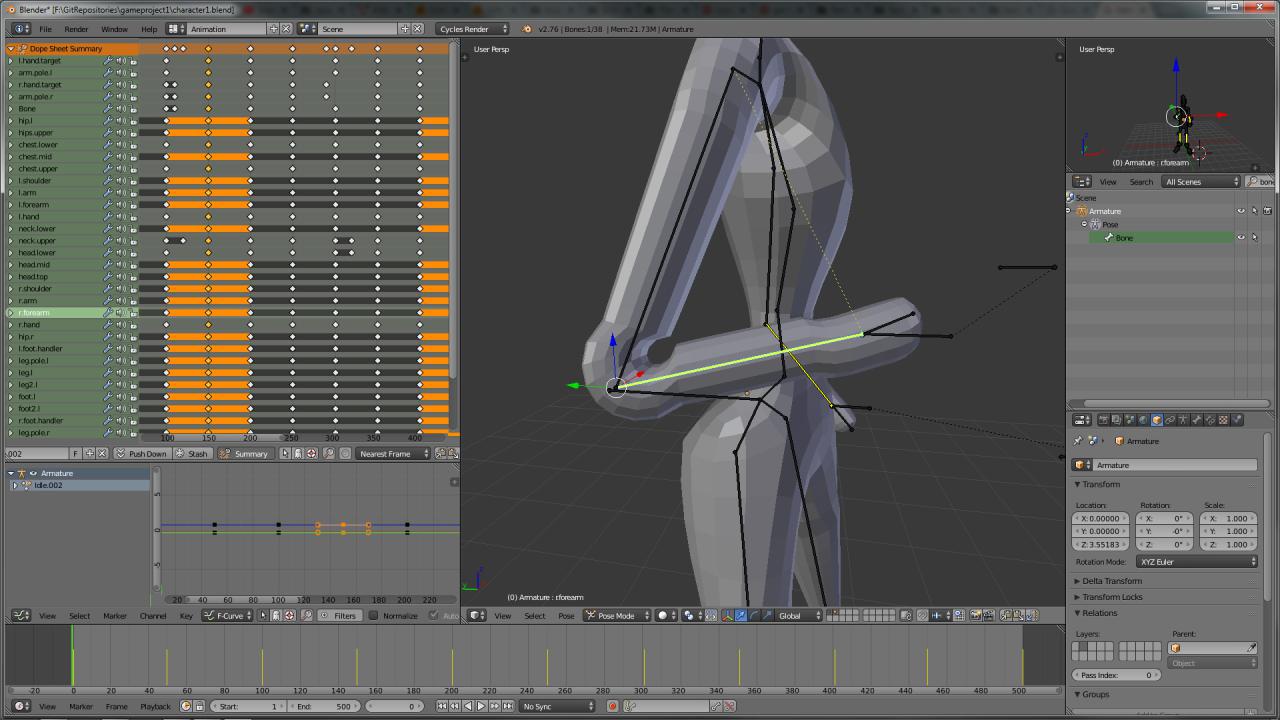 It deforms oddly on joints, wrist issue can be seen 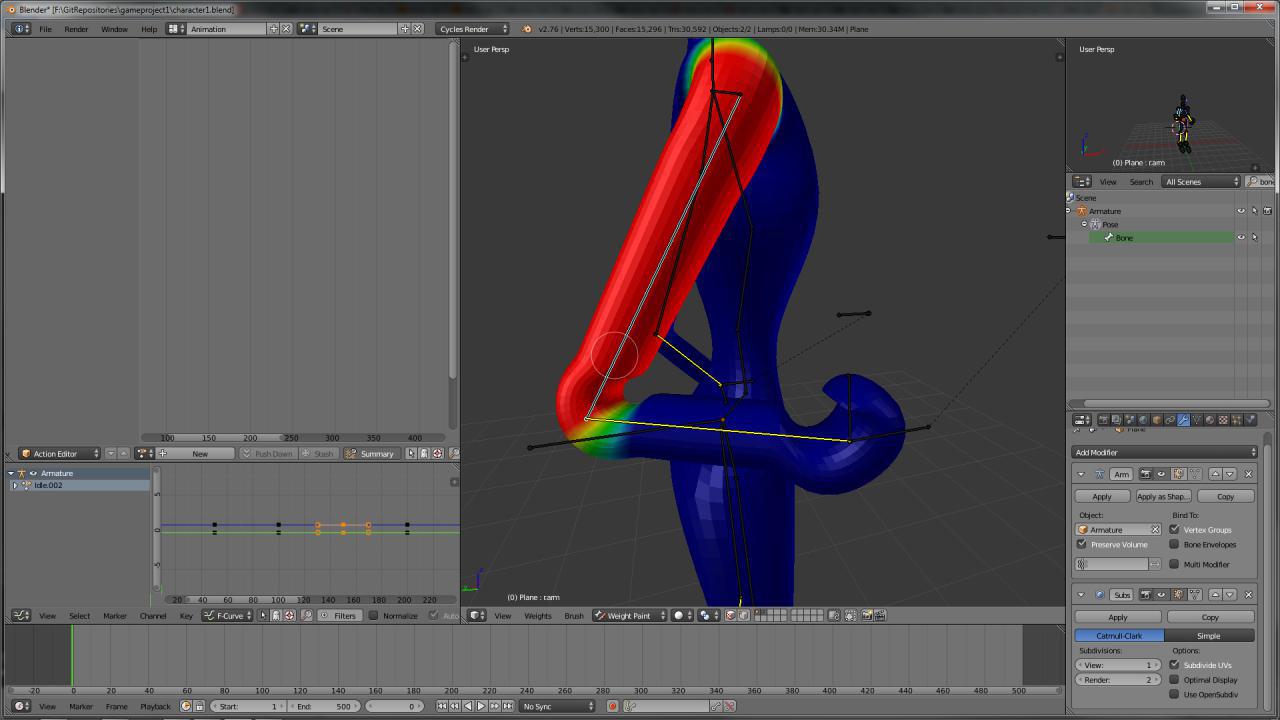 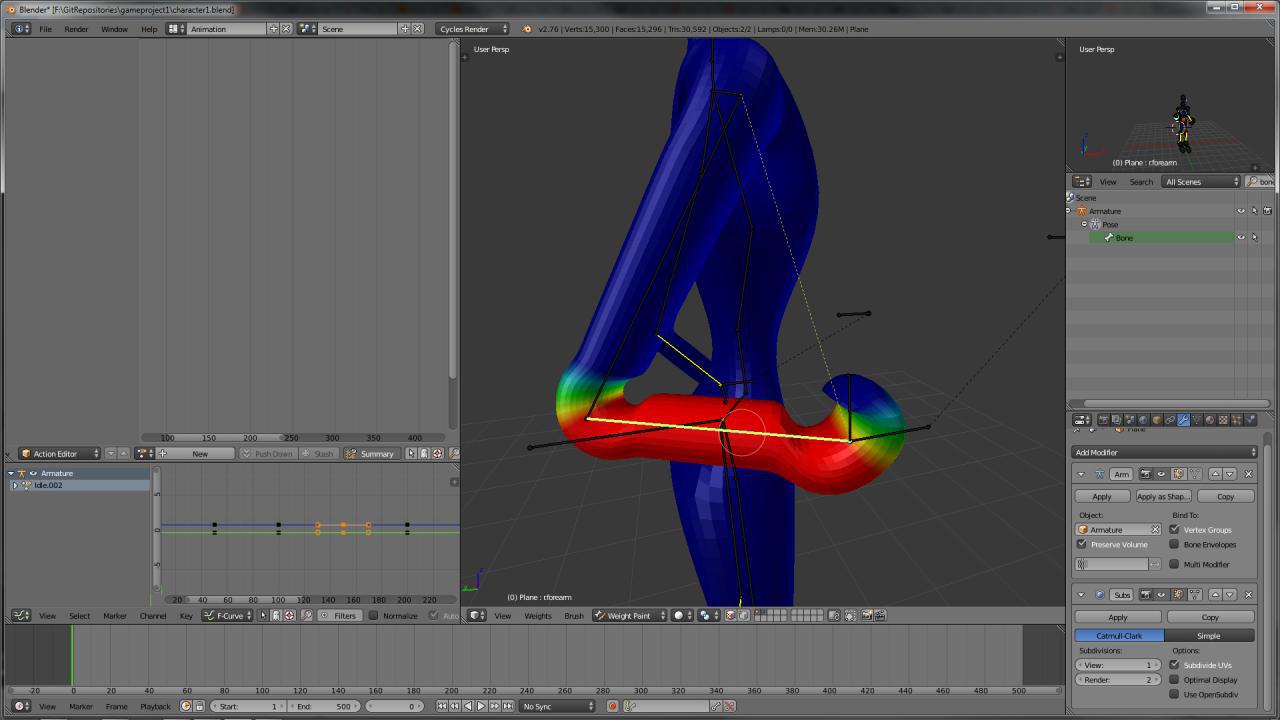 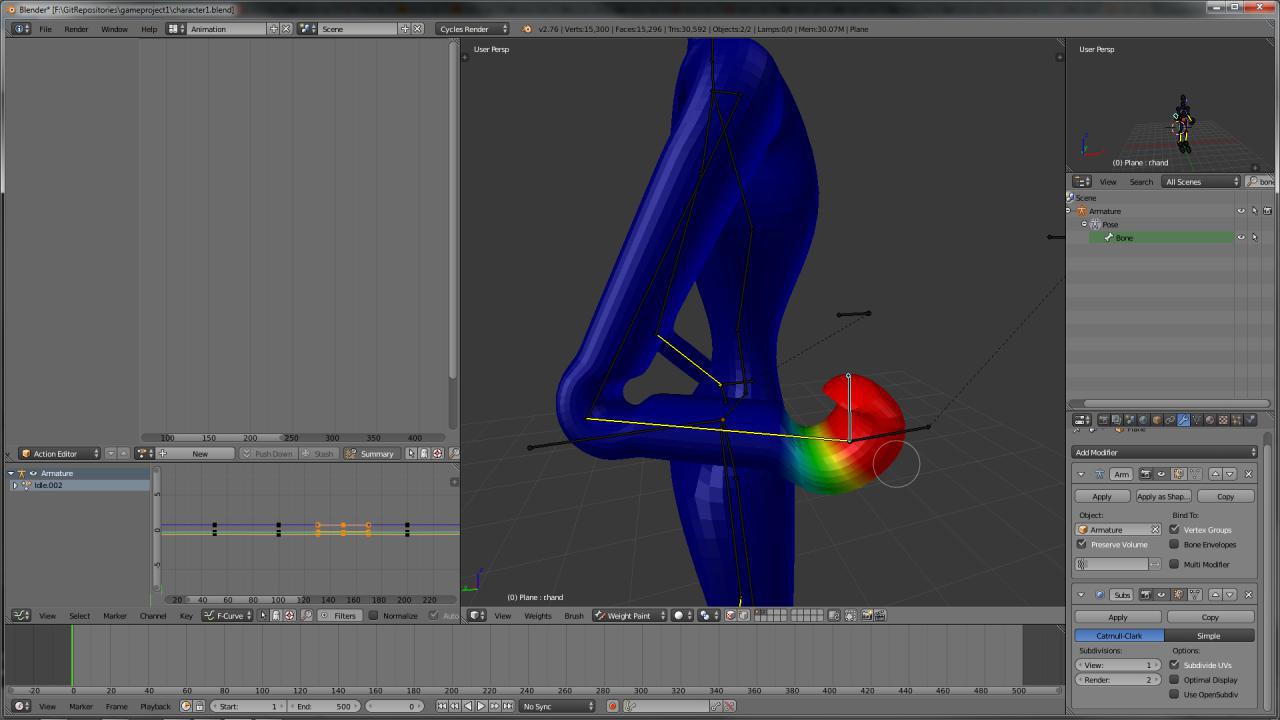 Weights seem to be as they should, nothing visibly out of place. 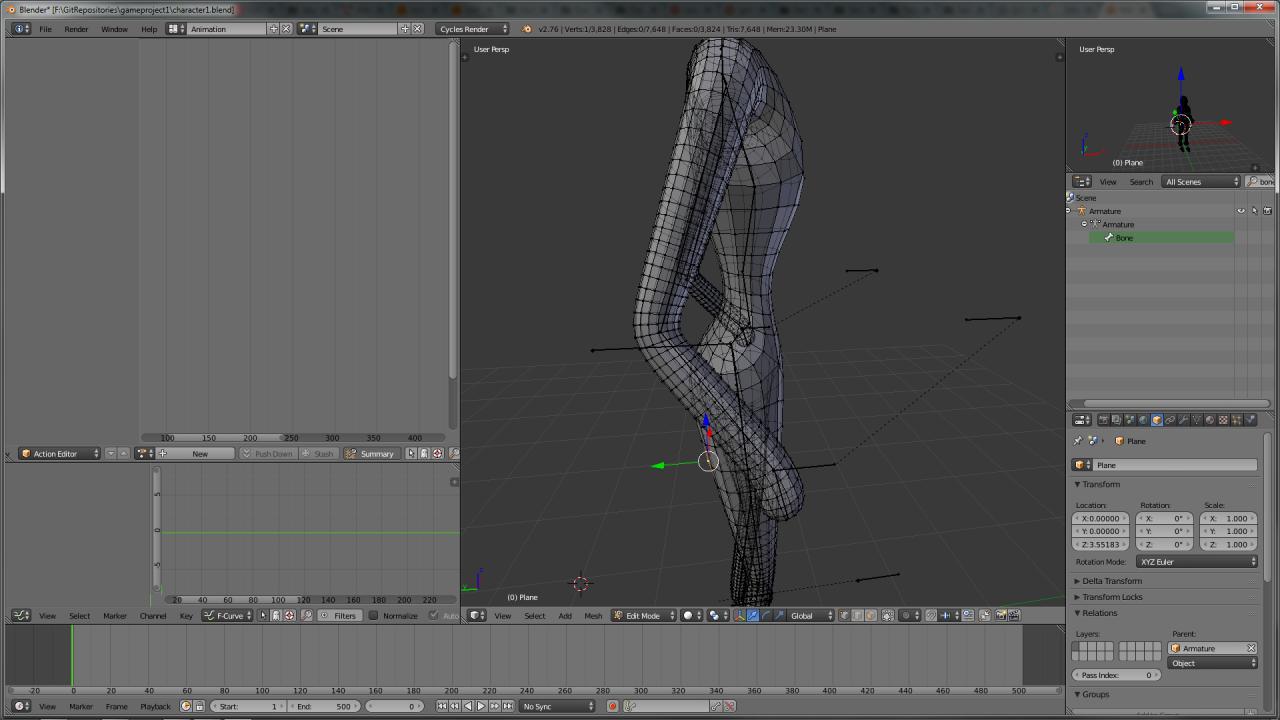 While in edit mode, everything seems to be normal 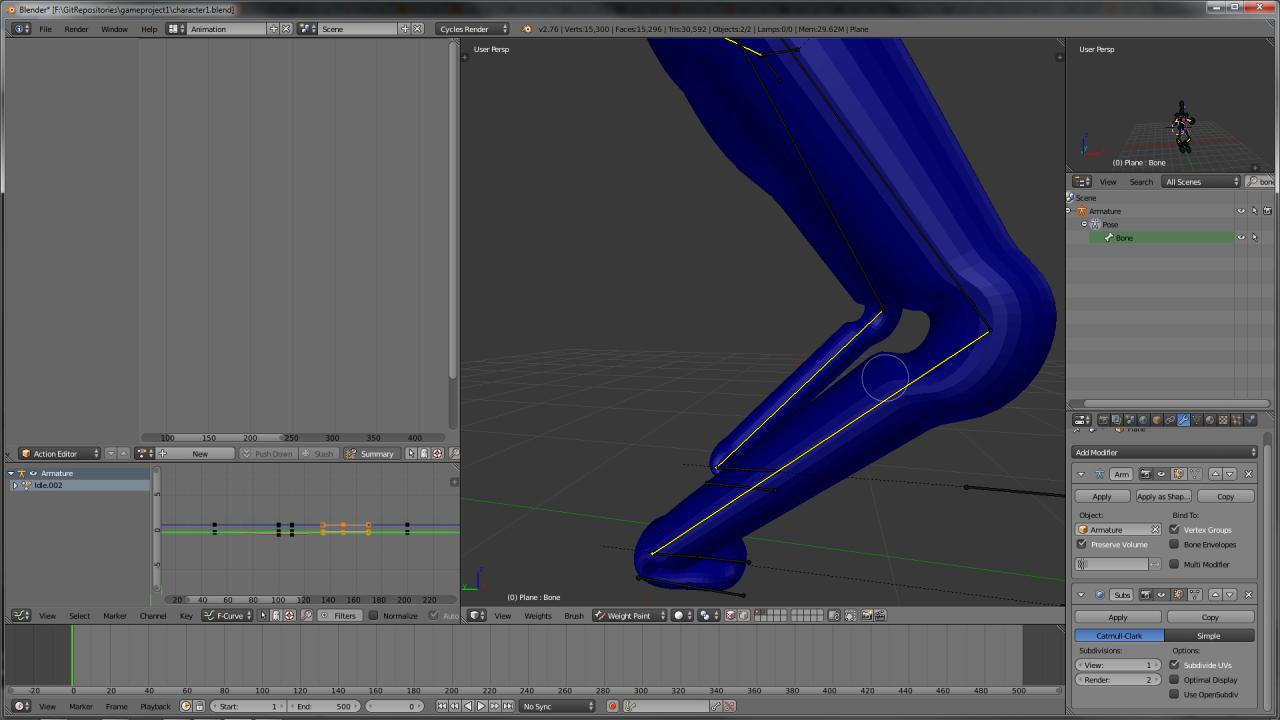 Same issue is present on knees 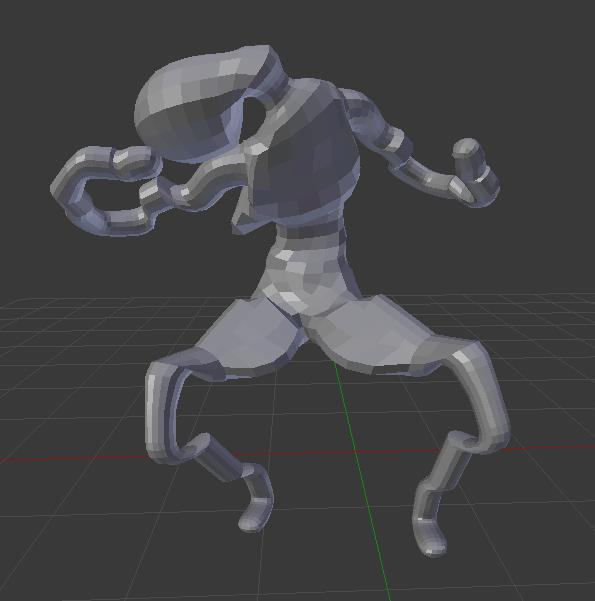 The issue extends throughout the model

Even though it wouldn't take me as long to redo the model, I would like to keep the current one and figure out how to fix this, as if it happened once, it could happen twice and on a more complex mesh. 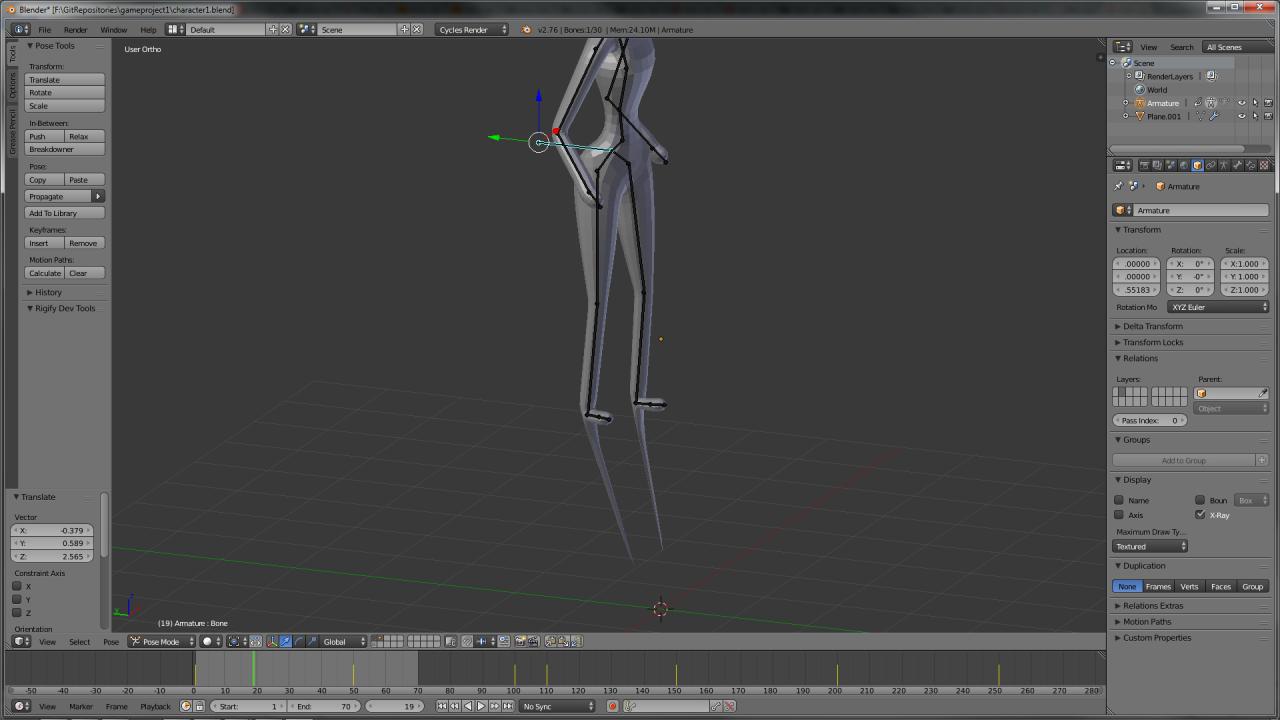 Even after deleting IK targets and poles and re-parenting the armature With Automatic Weights some issues were present, and manual weight painting didn't fix them.

You have too much influence on the other side of the joint. If you remove some or all of the bone weight on the vertices opposite of the joint, you should see this particular issue mitigated.

However, joints that bend over 90 degrees or have complex movement are difficult to rig in general. You can mitigate this some with topology that takes the movement into account, see this polycount wiki for examples: http://wiki.polycount.com/wiki/Limb_Topology

Your character seems to be designed to be somewhat...noodly... so you might want to consider having an elbow bone to smooth the bend and preserve that style.

Not the answer you're looking for? Browse other questions tagged mesh rigging armature bones weight-painting or ask your own question.