Creating an obj with different UVs

In Blender I shift the UVs in such a way that the 2nd "object" is moved into the texture space. I didn't know how to explain that well, so here is a sample:

Currently I do this by hand which is extremely tedious.

To do this, I took a look at the obj as a text file, but I didn't really get it as the file was huge.

To simplify my investigations, I tried to create a simpler geometry, but I wasn't able to create something that would resemble this situation.

I created a cube and added a cylinder in Edit Mode and unwrapped it, but the UVs were not separated, instead they looked like this: 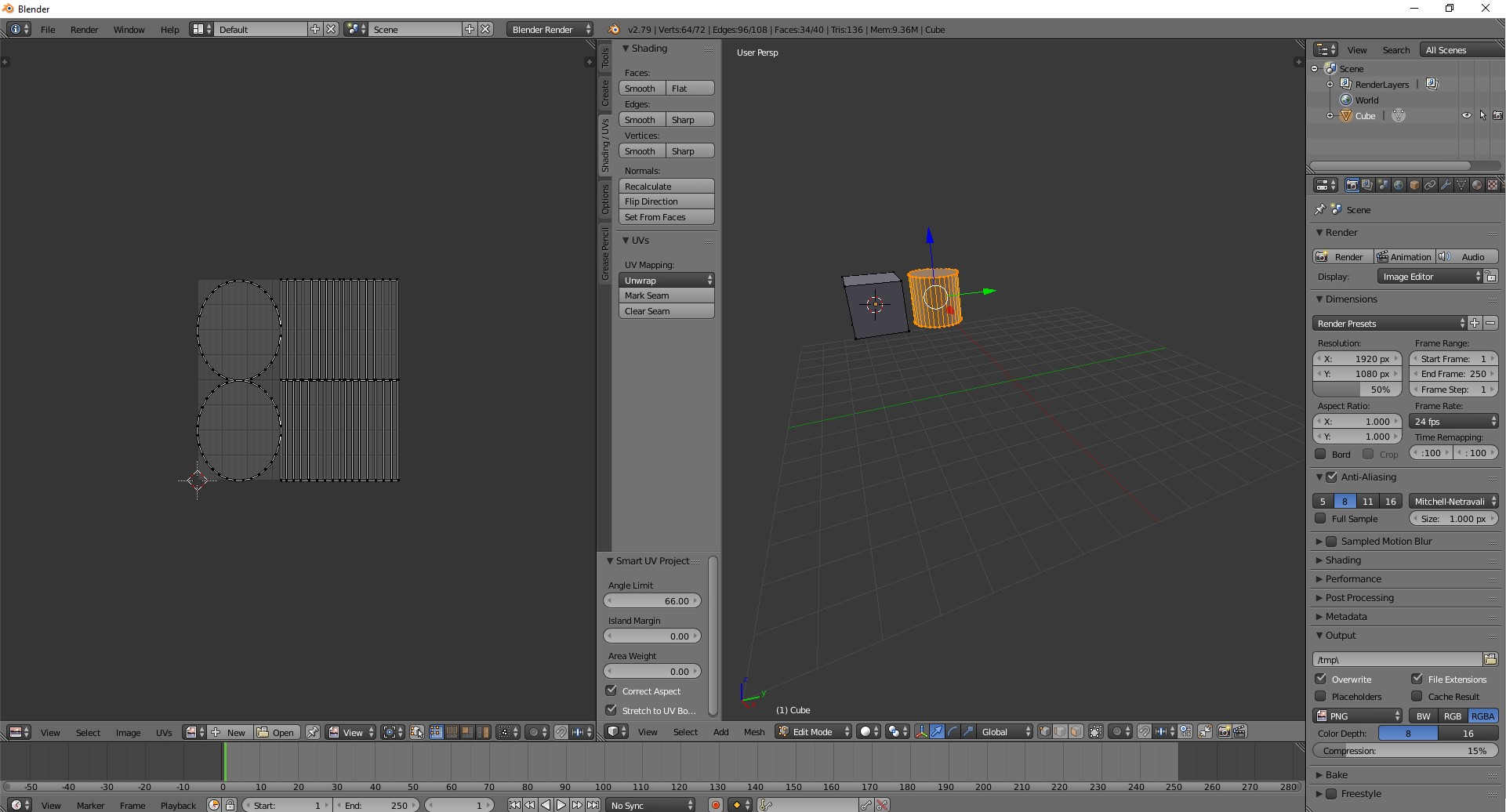 Could somebody tell me how to create an object that consists of a cube and a cylinder and which have 2 individual UVs that are both shown in the UV editor at the same time (like the very first screenshot)?

Thank you very much!

Edit: Here is the end result that I got after the answer (with my modification which I posted a comment about), which is fine: 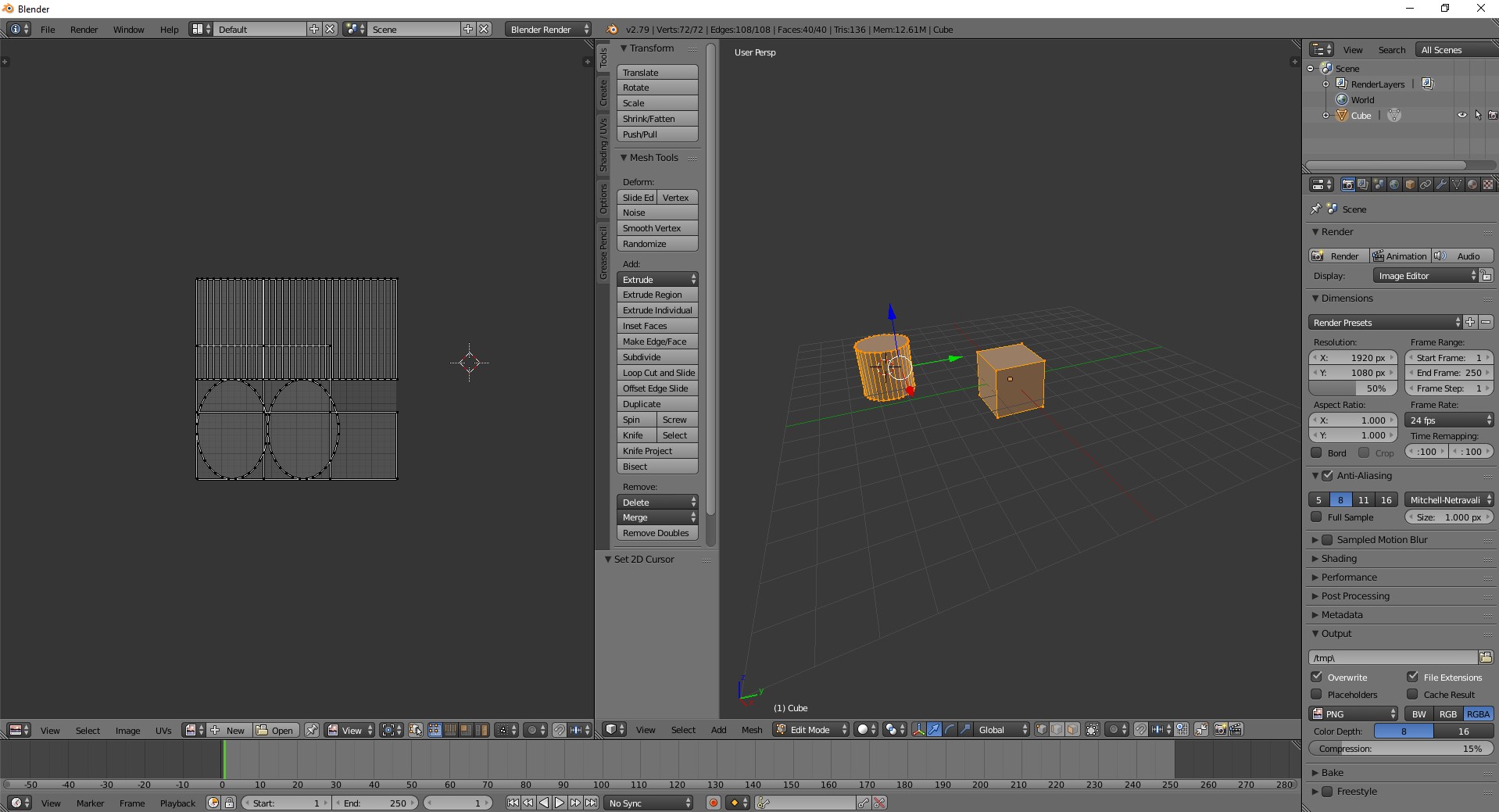 Step 2) Enter edit on the cube and unwrap it as you wish. Object mode, select the cylinder, unwrap that as well.

Step 3) Still in edit with the cylinder selected, open a UV editor window. 'a' select all vertices. 'g' 'x' '512' to move it 512 pixels in the x axis. If you have an image open, you will need to use a different number of pixels, equal to the x resolution of your image.

Step 4) Leave edit mode. Select both the cylinder and the cube and join them (ctrl j).

For your ultimate goal, you migh find a UV Warp modifier useful. By scaling -1 about the x=1 (UV space, not pixel space) axis, you can achieve something similar to what you want. (Not necessarily the same, as you are probably translating, not mirroring.) Once you create this modifier, it can easily be copied between objects using the ctrl-L menu. Offering this in case this is an easier way to achieve your ultimate goal that scripting is.

7
How to transfer uvs from static mesh to the same rigged and animated mesh
2
Quickest way to create UVs for a tileset using a single tiling texture
3
Why does exporting FBX to Unity mess up my UVs
3
UVs resetting to same random pattern when I close the file
1
UV-unwrap cylinder (lightsaber) with extrusions / insets
2
Is there any way to bake texture from world space to UV?