Why does Bump node loose its functionality as soon as being fed with texture, connected to Normal vector? 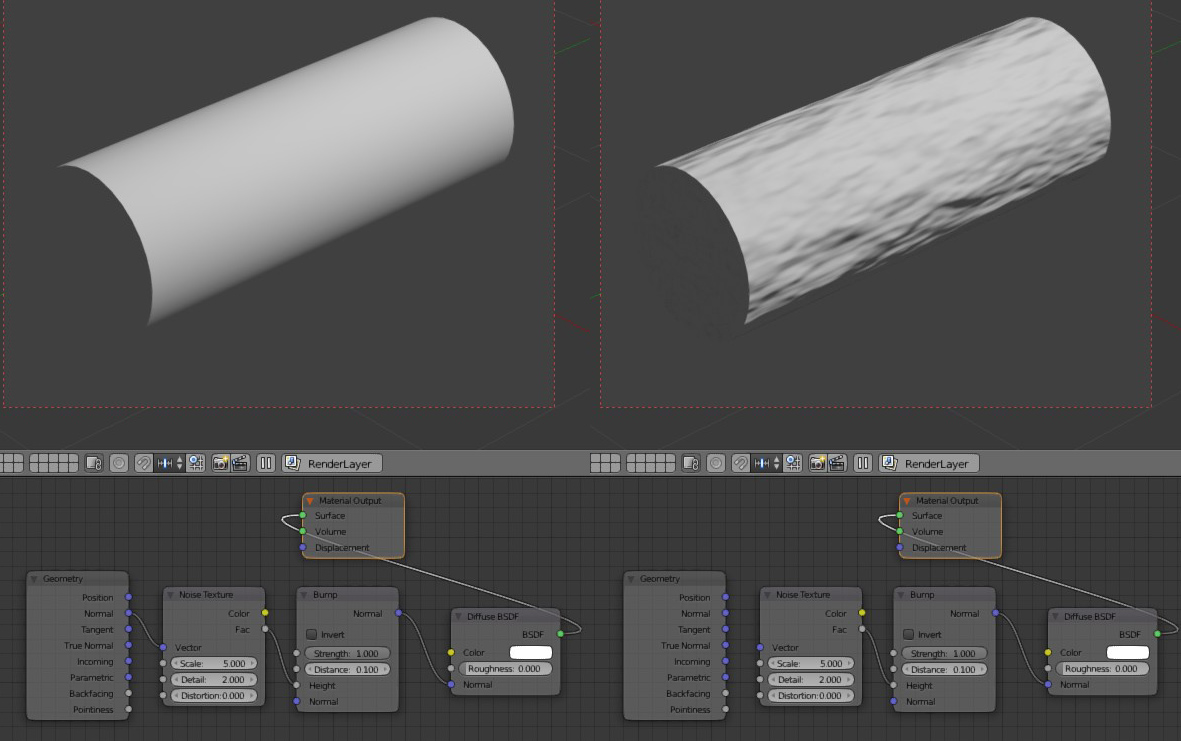 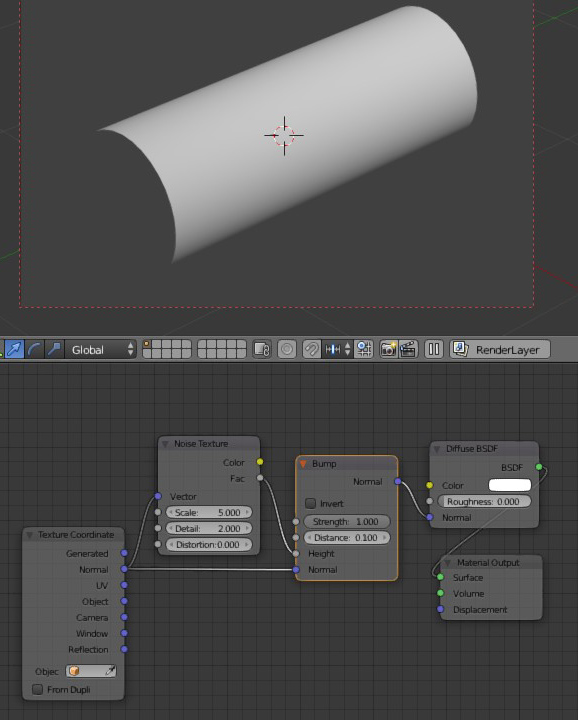 Because it involves a dependency loop.

Notice, in the picture below, how the normals are determined by the bump map that I feed the material: 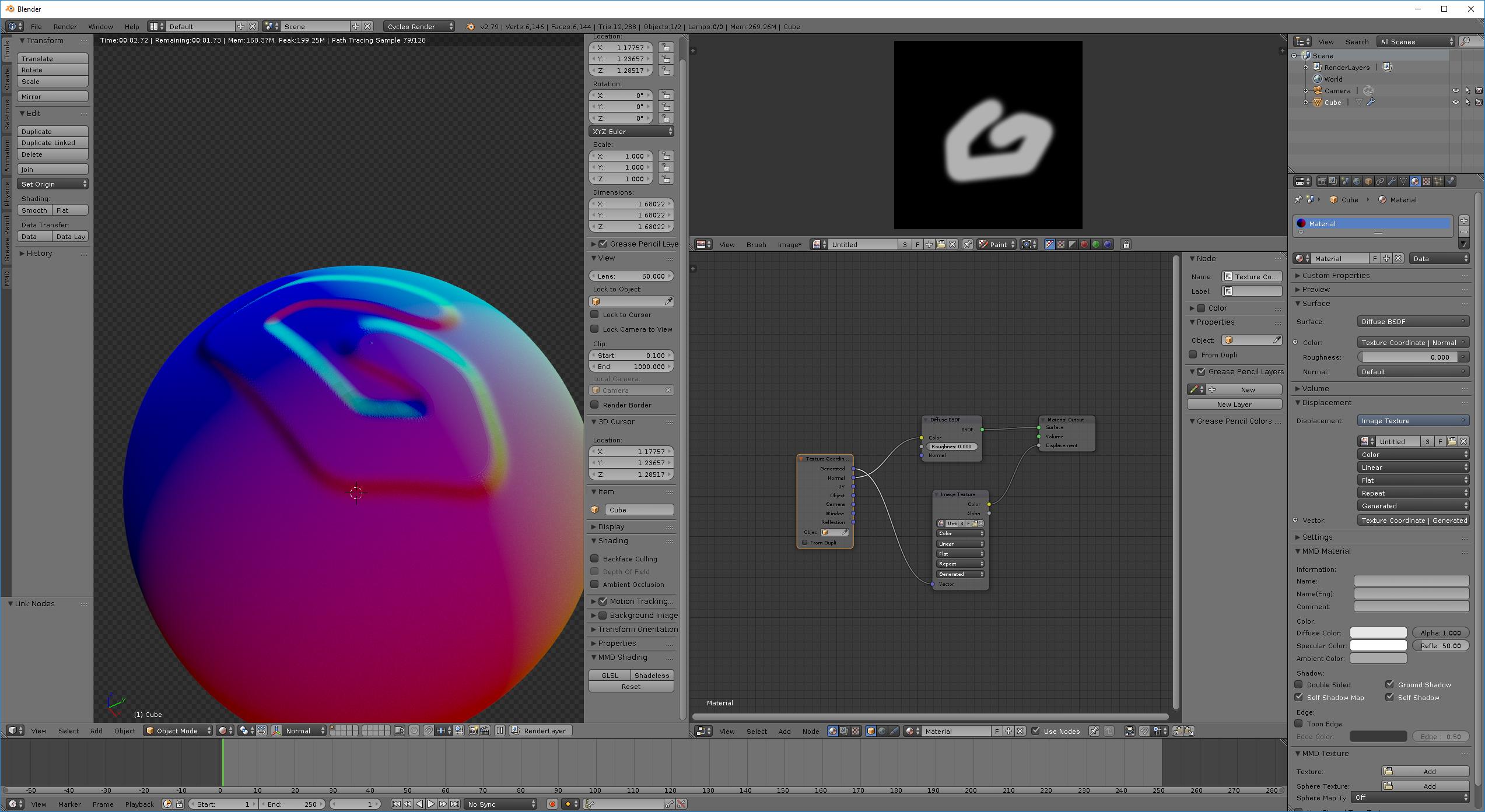 The problem here isn’t the Bump node but how the Noise Texture is being used. 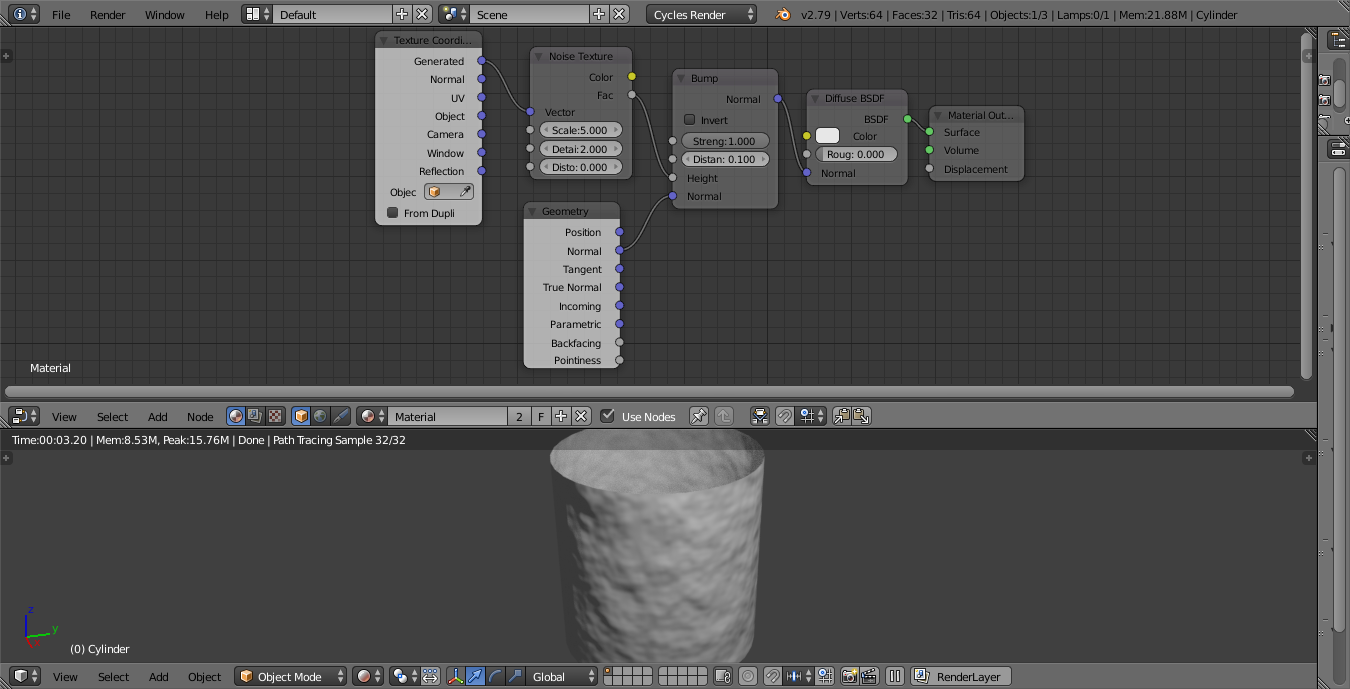 NOTE : The nodes shown in white are optional - if nothing is connected to the texture Vector or bump Normal then those are the values that are assumed anyway.

By connecting the Normal of the Geometry node to the Vector of the Noise Texture you are telling Blender to use that normal in place of the usual Generated coordinates , overriding the default with something that doesn't make sense (as @Nathan says, it's a circular dependency - the normal is dependent on the result of the bump which is dependent on the normal). This is effectively destroying your coordinates used to generate the noise.

If you do need to use a modified normal for the Bump then you could potentially use a calculated normal - either via Maths nodes based on something other than the actual normal or from an Image Texture via a Normal Map node.

Not the answer you're looking for? Browse other questions tagged cycles-render-engine texturing nodes vector or ask your own question.