Having trouble adjusting depth of procedural texture with several mixes

I've been working on a procedural texture for the lunar surface, including craters, surface rocks, and the undulations in the ground. At this point it's for features on a scale of about 1 to 30 meters.

I had something I was satisfied with but added another layer of noise to make the undulations more irregular on slopes. The section of crater it's planned to go on is large and it looked too simple for such a large area. When I did that, the small craters and rocks stopped being visible. I've been trying to adjust it, but now it's barely perceptible when rendered. It looks near to right in Material view, though. 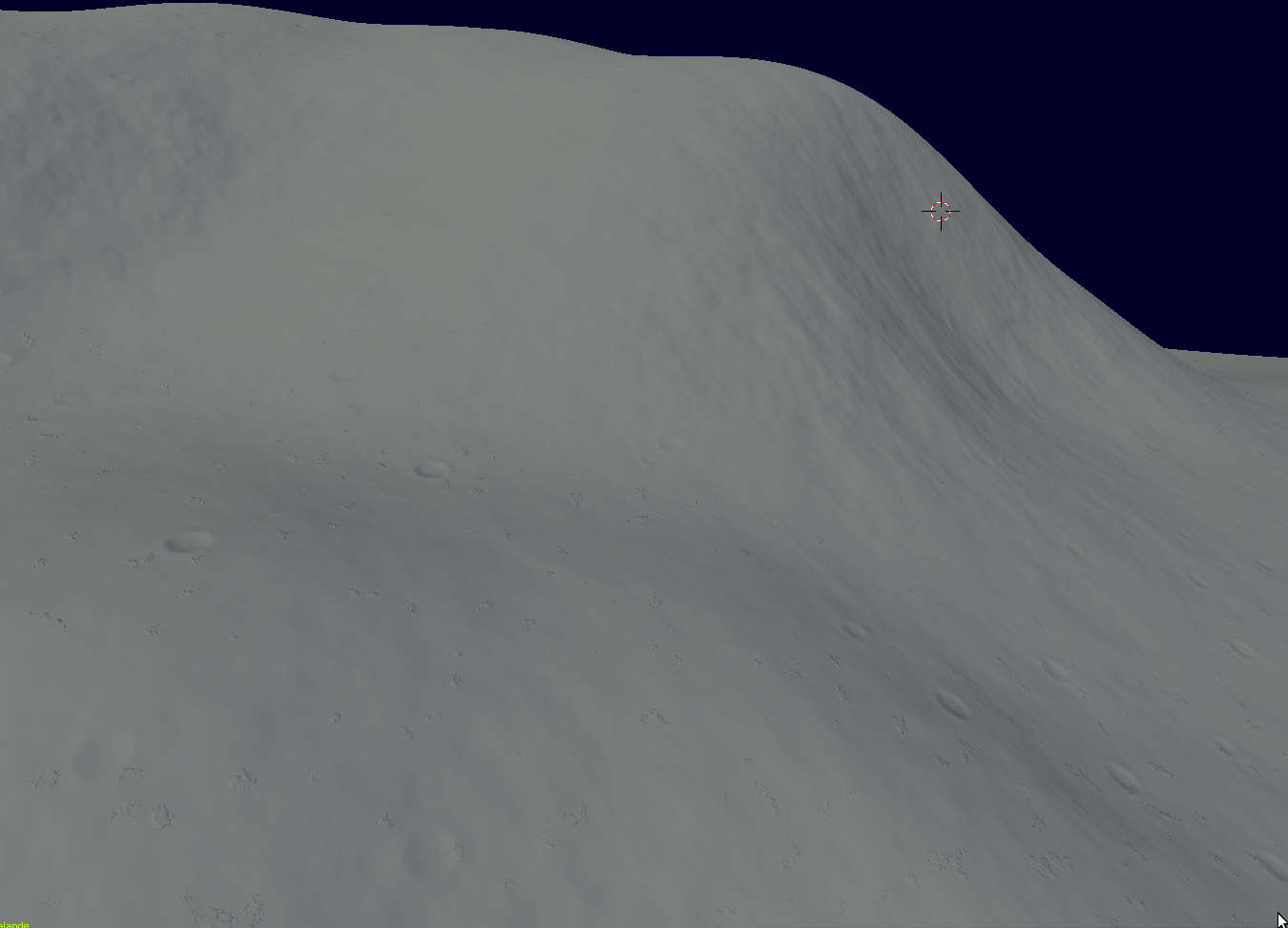 The material has gotten a lot more complicated than ones I've made before, and I'm concerned I'm going about it the wrong way. How can I adjust this so that the rendered texture looks about the way it does in Material view (but rather stronger)? 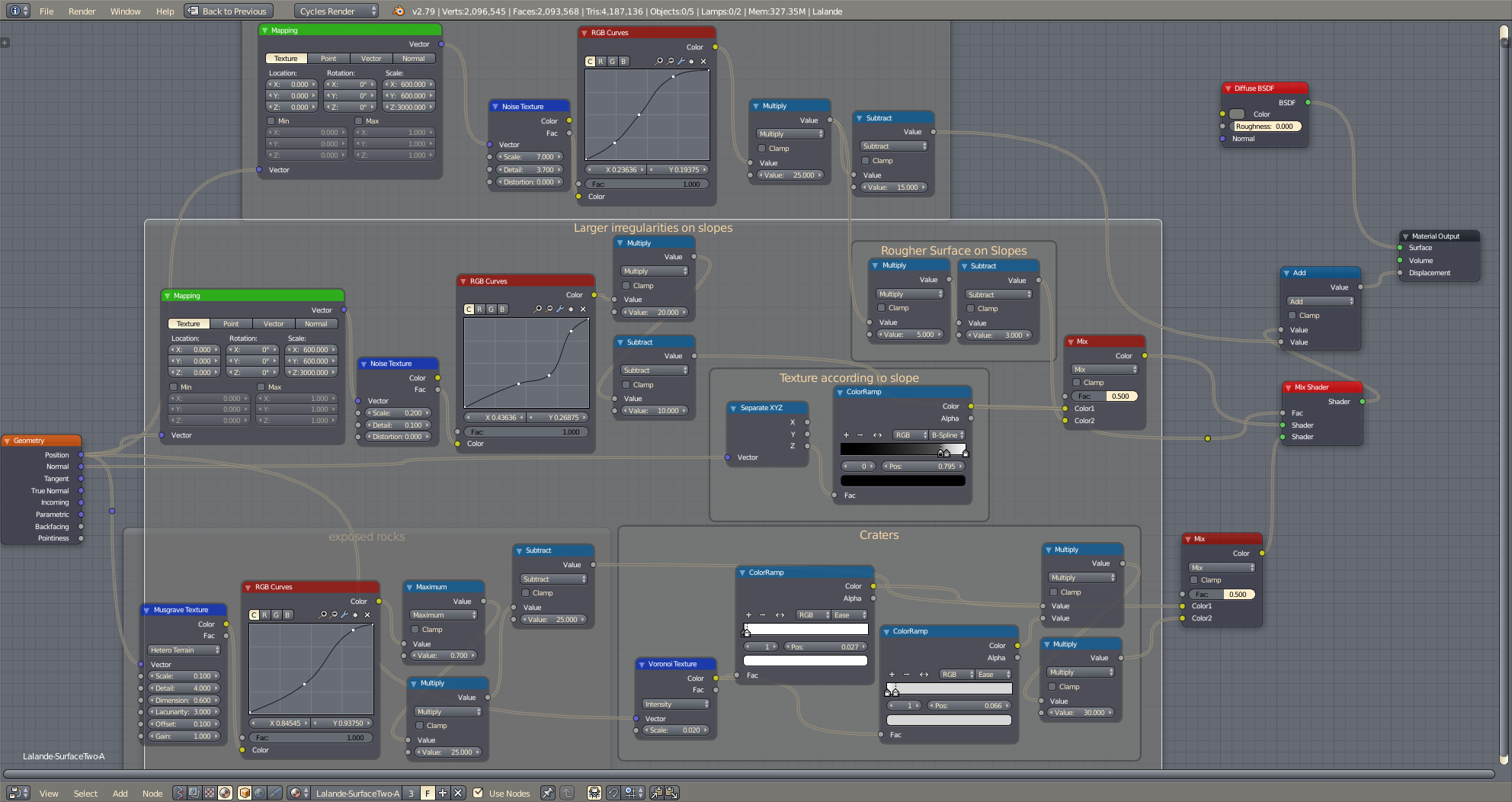 Browse other questions tagged cycles texturing nodes procedural or ask your own question.

17
What is the meaning of the color of the node sockets in the node editor?

10
How to adjust size and frequency of procedural texture independently
3
How To Create 'Hard Plastic' Material?
0
How do I fix this issue with my model's texture
3
Rock PBR Texture Creation within Blender (Procedural) for export in game engines
0
Why is this procedural displacement texture not showing up on render?
7
How can I make my procedural brick texture map correctly to both a cube and cylinder?