Blender newbie here. I'm building some kind of "obstacle course" with soft bodies and rigid bodies in which a jelly ball falls down a ramp with a few obstacles. Problem is, just a frame of simulating the ball merely touching the ground takes about two minutes, in which the program freezes. I've been told it's due to lack of RAM memory, but, for example, when I simulate a soft body ball falling into a cube in a new project it calculates it almost instantly (I've got 8 GB of RAM, an Intel i5-4430 processor and no, the platform has not a lot of edges). How can this be? I'm sure people who do these kind of simulations with soft bodies don't have to leave their computer open for a week just to bake a simulation. 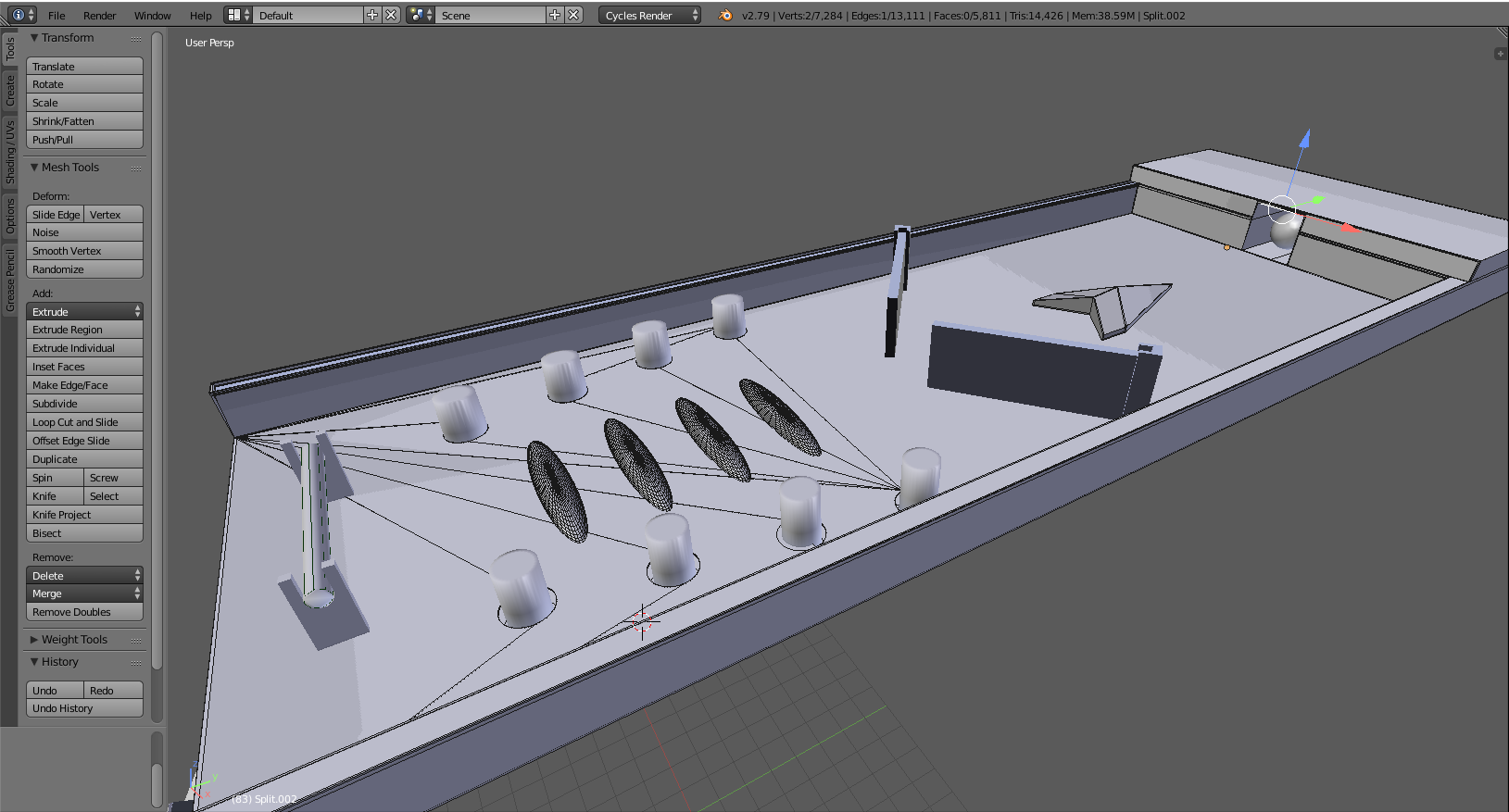 Any advice will be welcome. Thanks!

Edit- some details as suggested by Rich Sedman.

Separate your rendered world from your physical world.

Look at your first image. In that image, you have wireframes of four objects, each of which has more than a hundred vertices. Yet the actual profile of these objects is pretty flat. Do you need all those vertices for physics, or do you only need those vertices for rendering? If you don't need them for physics, make an octagon mesh collider instead. Simply disable rendering on your new octagon collider, and possibly parent your rendered object to the octagon, rather than involving these thousand vertices in your simulation.

What if you have something soft and squishy, and the render needs to represent that? One way to handle this is to use a physics object as the target of a mesh deform for your rendered object. Another is to use an armature with constraints that track vertex groups on your physics object. These kinds of deformations can be computed much more quickly than physical deformations can. Use your physics as a guide for your render. Don't try to render physics directly.

@Nathan’s answer is certainly very good advice. However, in this case I notice that you have the Soft Body ‘Edge’ and ‘Face’ collision properties set. These control wether the soft body edges and faces should collide in addition to the vertices - with them disabled only the vertices of the soft body will collide (but this does not affect what those vertices collide with - they’s still collide with other mesh faces and edges). Since your ‘blob’ is quite “vertex rich” and the things it’s going to collide with are quite rounded those settings will not make a great deal of difference but will greatly increase the simulation time.

So, quick fix is to try unchecking Soft Body Edges Collision ‘Edge’ and ‘Face’ and see how much that helps.

Also, I note that you have increased the Soft Body Solver 'Min Step' to 168 from its default of 10. This will mean it will apply at least 168 steps per frame to the solver - reducing this back to 10 should result in a much faster computation. Only increase it if the simulation is behaving erratically due to fast moving objects or large forces - although enabling Auto-Step will allow Blender to determine the best Step Size to use between the Max and Min settings.