The leg looks fine up to this part: 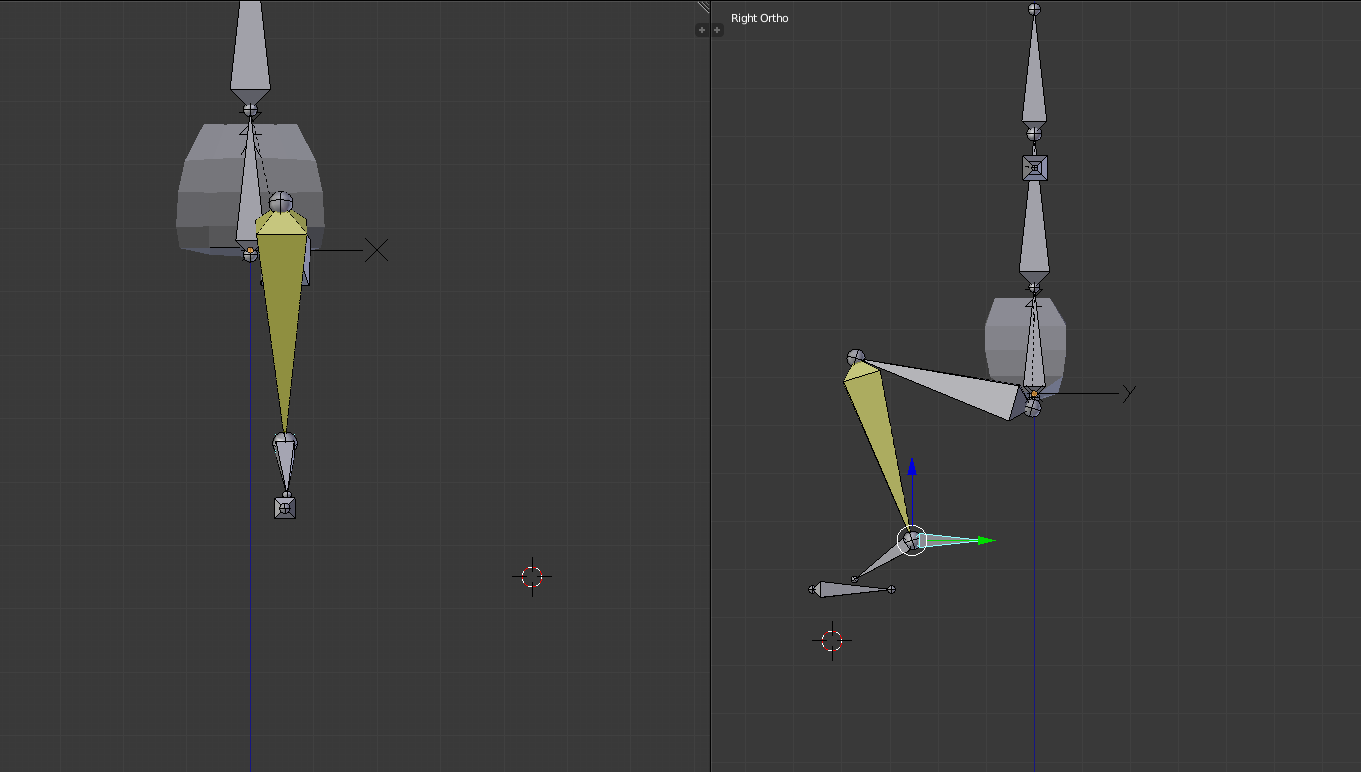 However when I go further up it just twists and flips backward like so: 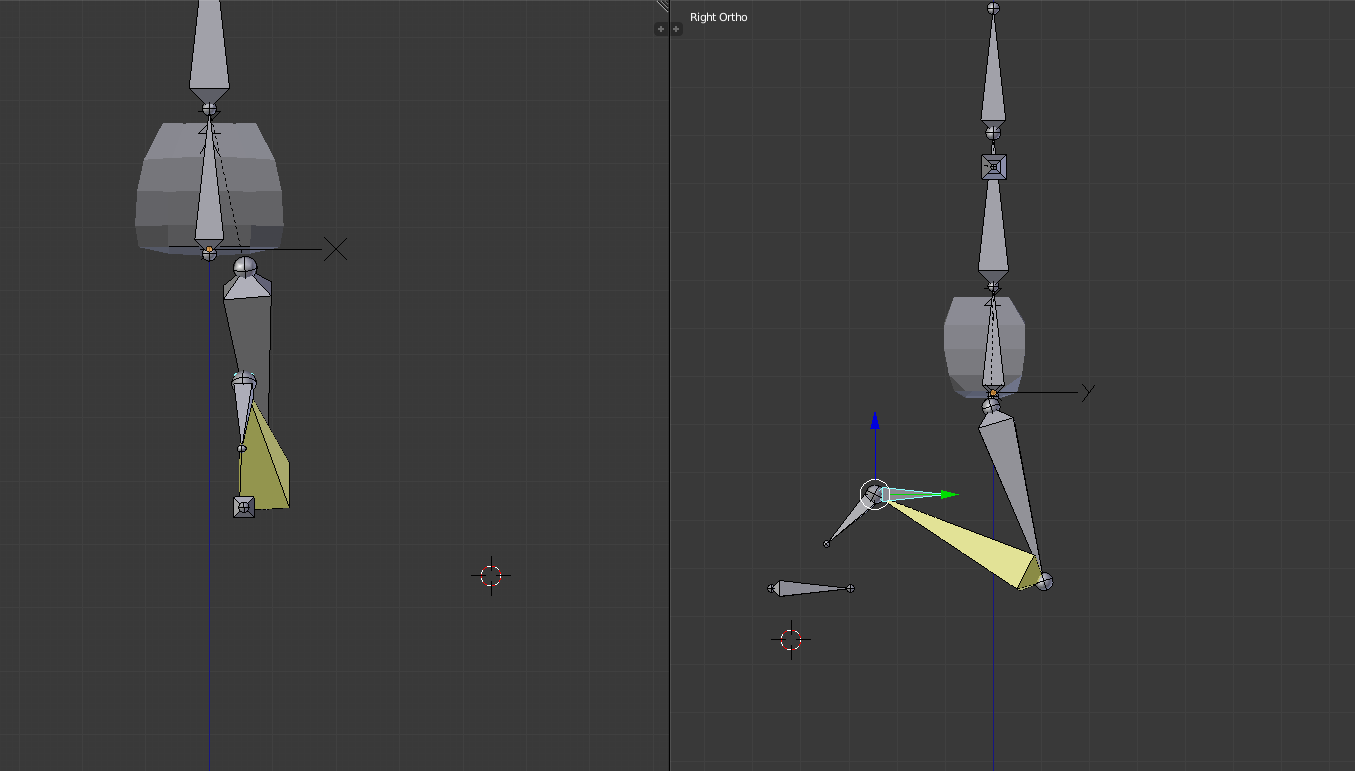 I've scoured the internet and can't find a solution. The pole target offset is at 90 degrees.

Thanks. Blender file attached if you want to look at it.

When you move the foot up above a certain threshold then your pole target is below the line connecting the foot and hip joints. The knee joint will then orient down to the pole target as best as it can. 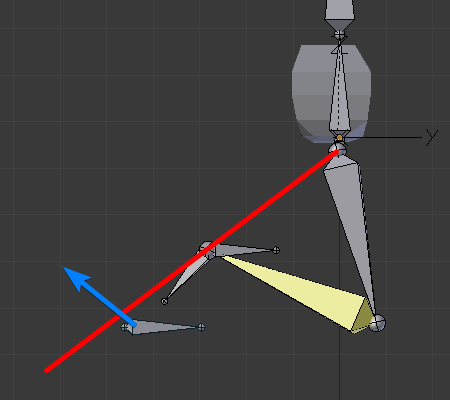 To fix this you have to move the pole target forwards and/or upwards so that it's above the line again.

About the pole target

The main part of the inverse kinematics constraint is to calculate the angles of upper and lower leg so that the leg points to the foot without there being any disconnected parts. Without a pole target there would be an infinite number of orientations that would achieve this. In this example this would leave the knee rotating around the axis from hip to foot – the red line drawn above.

1
IK Solver Won't Bend Knees Except Backwards — Rolling Bones Not Helping, Constraints Not Helping
1
IK lagging behind to point at target bone
1
Problem: Armature deforms mesh when after parenting
0
Mesh freaking out when moving bones
0
IK on legs works only after you rotate a bone in the IK chain
0
Bone won't bend in quadruped leg
0
Inverse Kinematics Knee
0
IK rig breaks when I add a pole target