Why is this procedural displacement texture not showing up on render?

This texture shows up fine on objects in material view. It is using a Geometry node set to position as the vector input for the texture nodes being used, so my understanding is the objects don't need to be unwrapped. I tried multiplying it in case under rendered lighting it was just too subtle. But it's still either not there or invisible. What's wrong?

Edit: After rebuilding some things and tweaking nodes, the problem is still there. So this time I'm posting the file. I'm also replacing the image with the latest version of the material. Only the displacement nodes are shown below, as I don't think the surface nodes could be the issue. 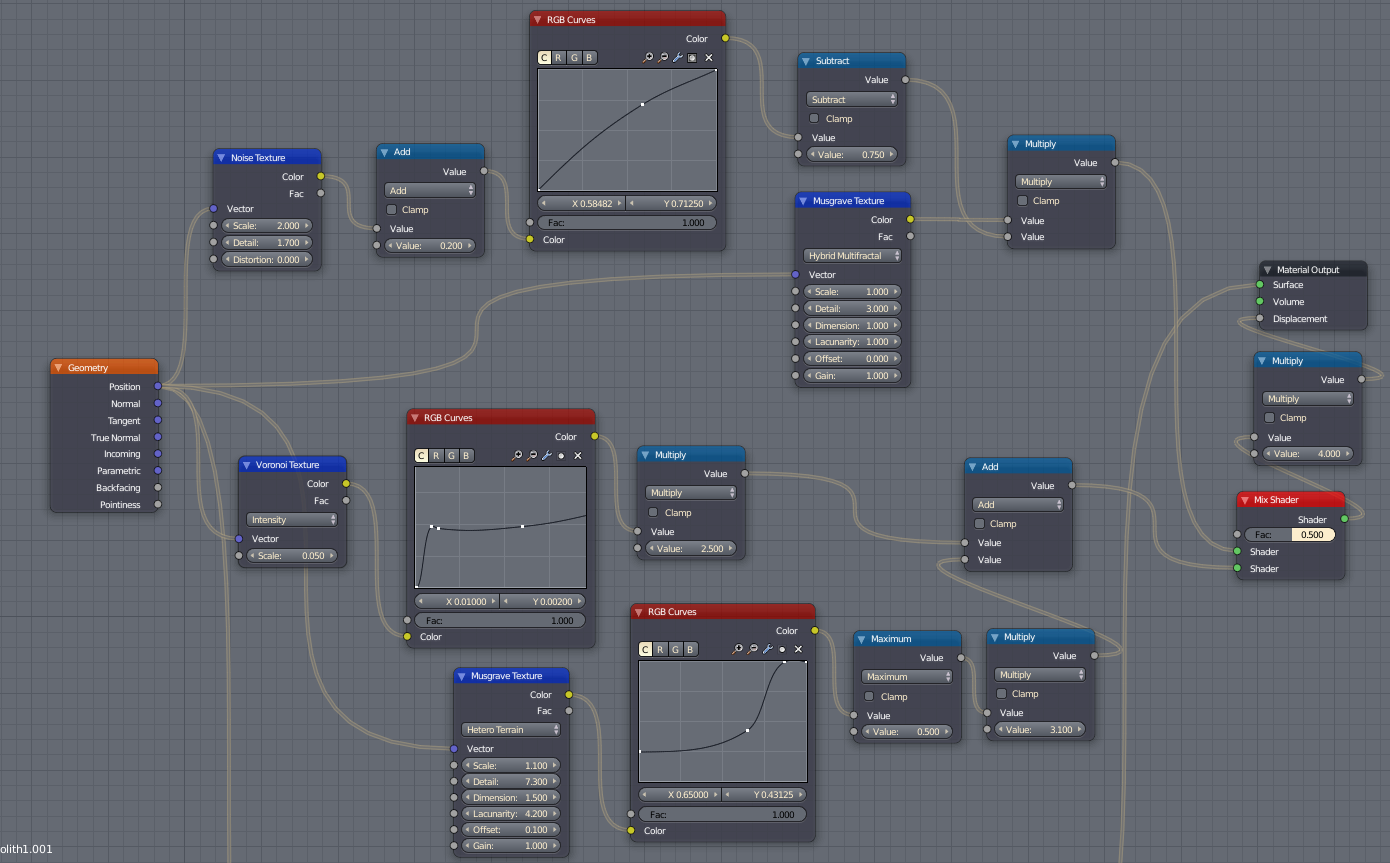 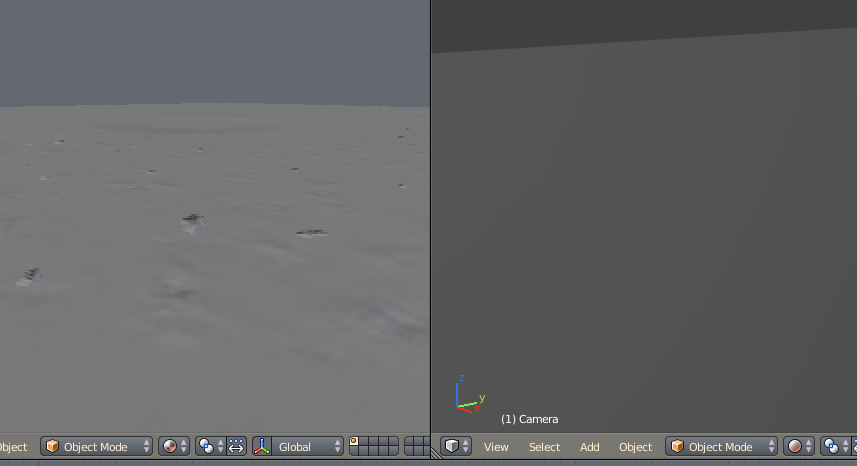 Don't use a mix shader node to mix RGB information. 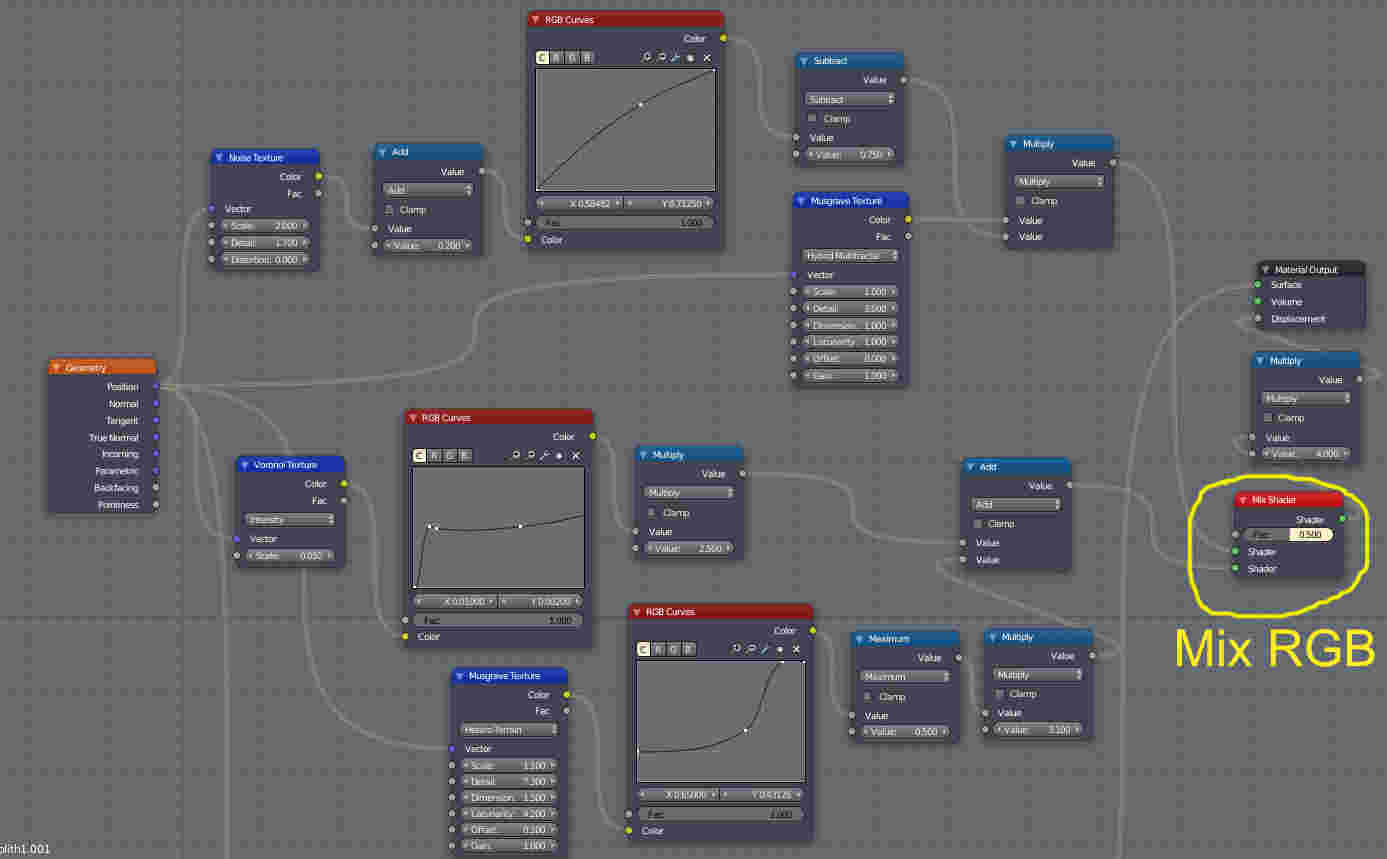 The input for shaders and RGB information is quite different and cannot be mixed randomly. Read:

Real displacement is avaliable as an experimental feature only, So you need to enable "experimental" in the feature set and set the displacement to "true" or "both" in the materials section. 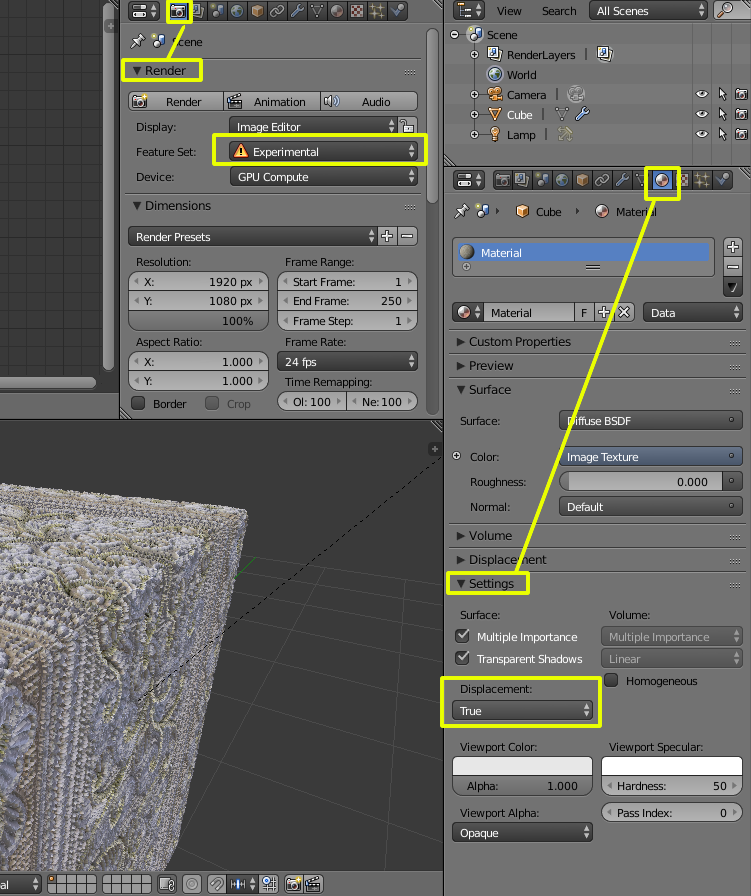 And the last, and most important piece, is that the plane needs some subdivisions for the displacement to work. A plane with just 4 vertices is not going to work for what you need, so in edit mode add a few subdivisions to the mesh. 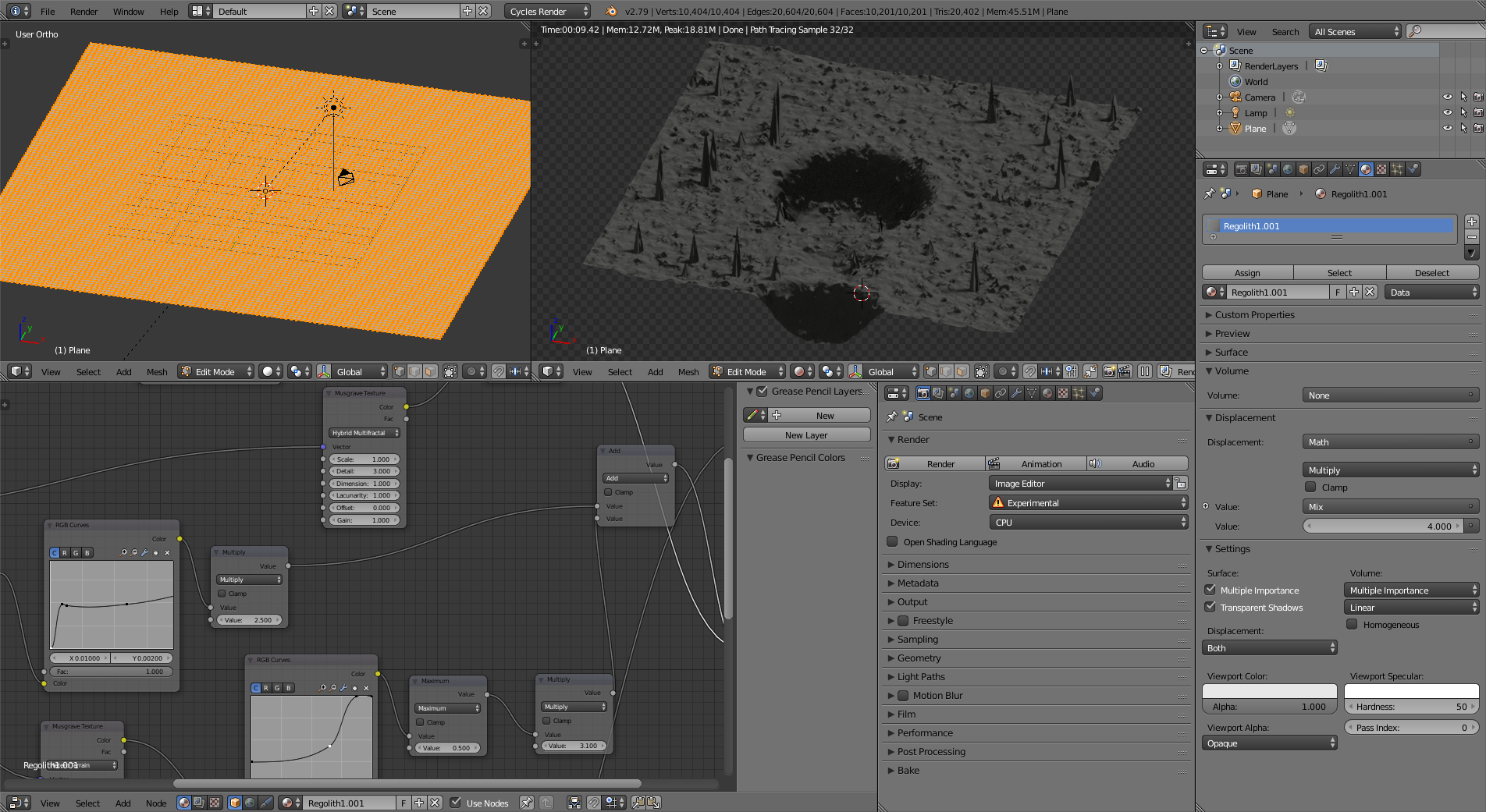 Not the answer you're looking for? Browse other questions tagged rendering texturing procedural or ask your own question.