How can I fix this normal map shading issue?

I tried recalculating the normals, flipping the normals (used backface culling to check), and tried it out with different color textures and normal map textures, and I still get the same shading issues in the exact same place. This normal map isn't baked, the model is using tris, and is barely sculpted out. The lighting has nothing to do with this as well.

I had previously asked on Reddit and one person and I were going back and forth constantly trying to solve this issue. The closest thing we could get to was that it could have been a problem with the mesh itself. He said something that normal maps on curved geometry could cause issues.

Here is what the problem looks like in the rendered viewport (results are the same in the final render) and my simple node set up: 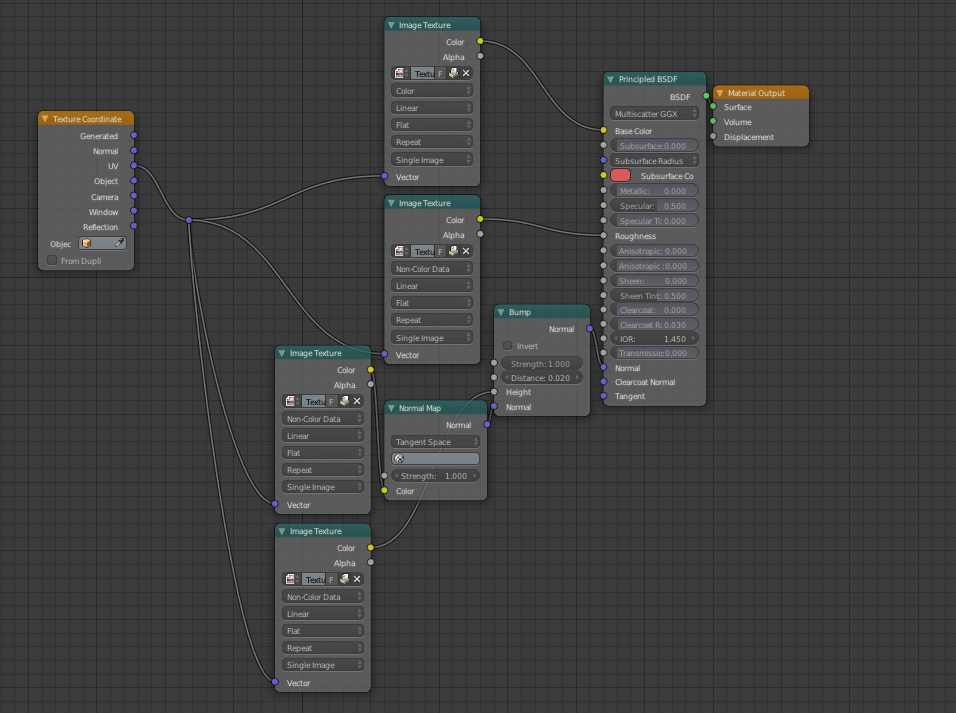 Anybody have any ideas on what the problem could be?

Here's a demo blend file download if anything: Thanks to anyone for helping! https://www.mediafire.com/file/s76aac1znbil0fq/MeguminStaff_%2528demo_file%2529.blend.zip/file

Your problem is the UV unwrap. If you look at your texture in textured view, you will see a zig-zag seam in the mapping. Your staff, unfortunately, has a very irregular topology so it will be hard to unwrap properly. 2 solutions. The easy one first, but it will only work from certain angles.

Position your camera, look through it at the model, select the model, go into edit mode, press U and select project from view. Quick and dirty

Or use projection paint to manually clone the texture onto your object. In edit mode press U -> smart UV project. And then do what's called projection painting, there are lots of tuts about that, e.g. here: https://www.youtube.com/watch?v=eQy5jn9dWrs

Not the answer you're looking for? Browse other questions tagged cycles-render-engine texturing uv node-editor uv-image-editor or ask your own question.