Hair Dynamics - hair is frozen in place and stretches to scalp

I have been making hair for a character I intend to animate, but now I have a strange problem with it that I've never seen before. When "Hair Dynamics" is enabled on each particle group, the hair no longer moves as you expect when I move the scalp around with the timeline running. 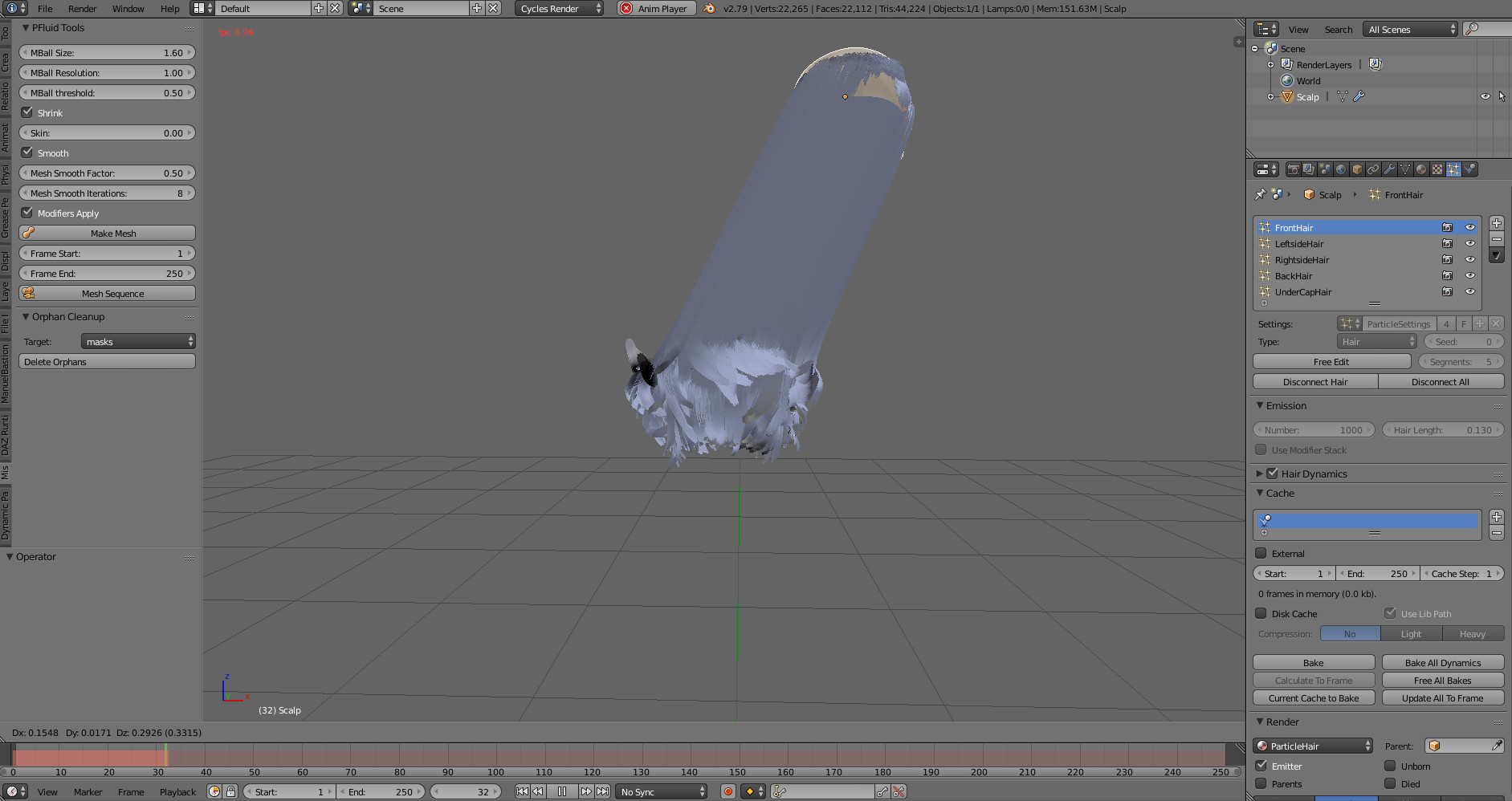 Instead, the moving parts of the hair stays locked in place, and the roots will then stretch and follow the scalp wherever I move it. The only thing I can think of that started this, was just saving the file under a new name. I then closed Blender and opened the new file later, where this issue started.

Something I have noticed is, when I start to move the scalp with the timeline running, the dark red cache bar changes color to a light red - like it's not caching anymore. It feels like Blender don't do any hair simulation at all. Don't know if this means anything, but wanted to point it out.

The Blend file is attached and it would be a great help if someone would take a look at it and hopefully have a solution. :)

Browse other questions tagged particles hair or ask your own question.

3
Blender 2.74 (x64 Linux): Application of Hair Dynamics produces unexpected results
1
Hair Dynamics do not work on a object that has been parented
1
Hair goes out of place when moving the armature!