First post here. I have a weird issue in Blender involving the Mirror Modifier, or lack of in this case. I copied a hand model from another project of mine and adjusted it to make it more feminine for my game character, however, even without a Mirror Modifier, the program is acting like there is one; I've got a second one and both will highlight if I click on one and they'll both disappear if I try to delete one. They're both in the same layer as well. The same thing happens with the Subsurf Modifier, too - it still acts like it's enabled. Also, the positioning of it is weird. Even if I set the 3D cursor and pivot point in the centre, the left hand stays at the bottom left instead of aligned with the one on the right on the X axis.

Any ideas what's going on? Have I stumbled on a glitch or something? 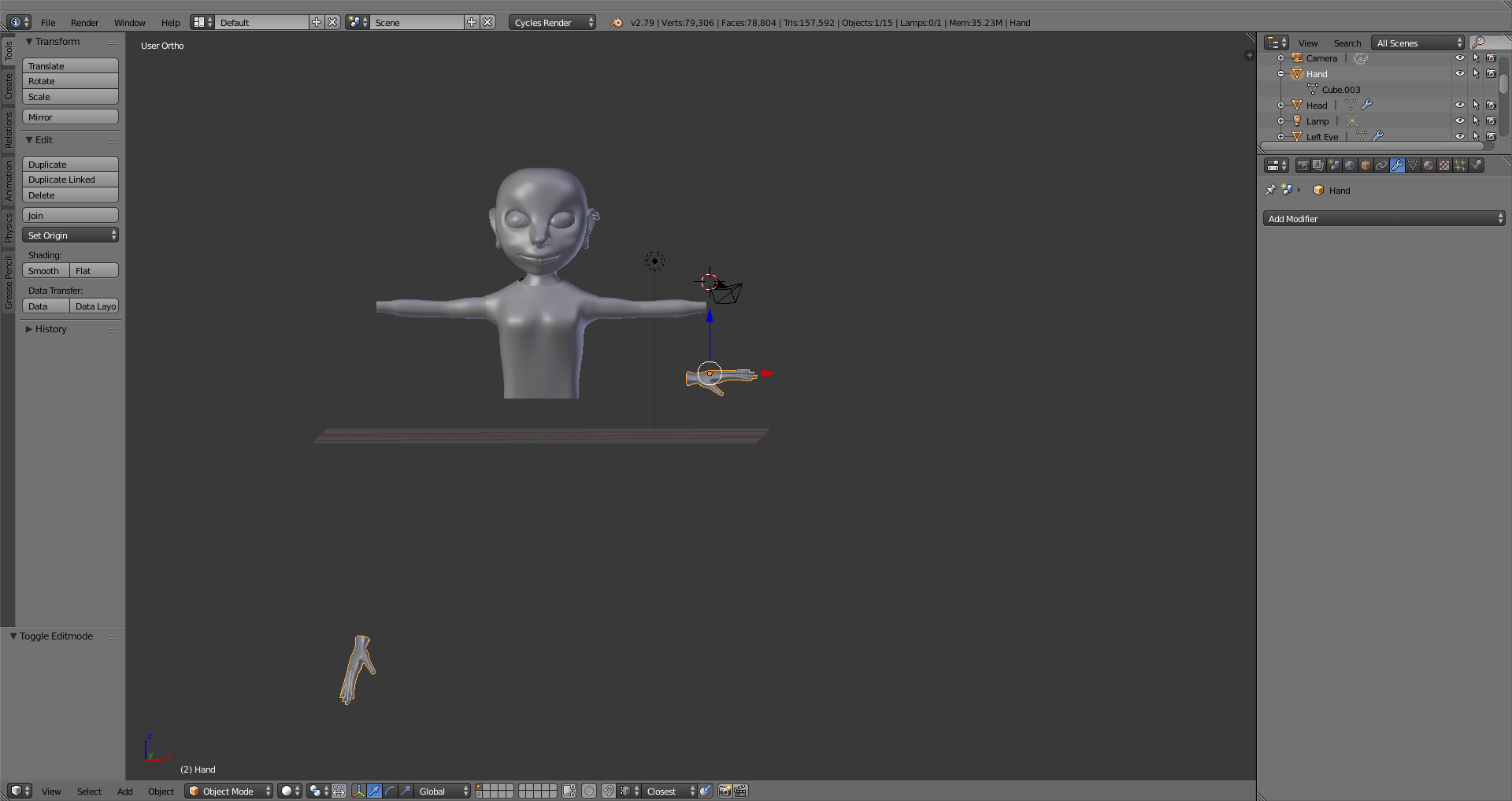 If none of this fixes the issue, you may also want to try exporting and re-importing a mesh format like .obj or .dae.

I hope this helps. Good luck with your project!