How to make the light emission invisible?

I was experimenting with a scene with an object that is unwrapped so that every polygon has the same texture so that I can use it as a wireframe. The object is sitting on a plane. I tried this node setup, but it is not as I expected, because for some reason the main material casts light. 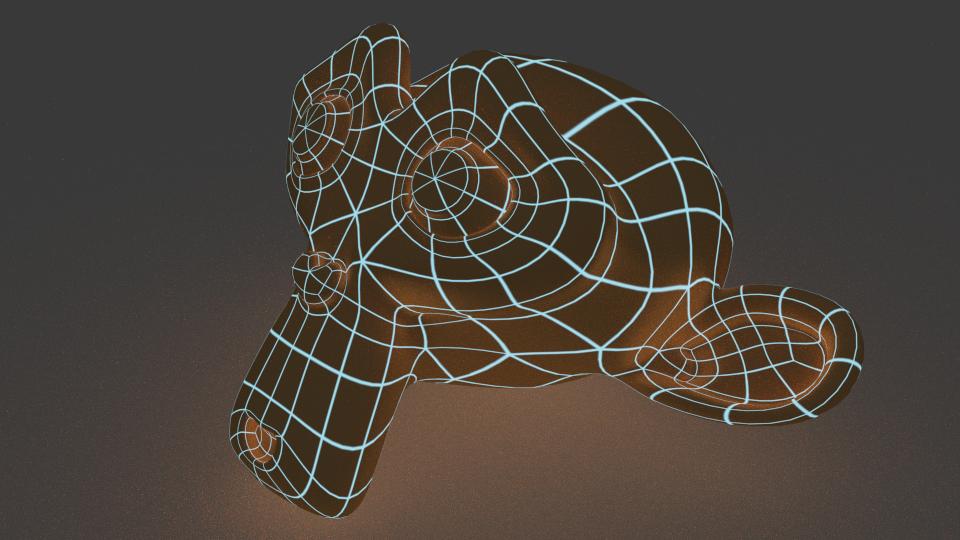 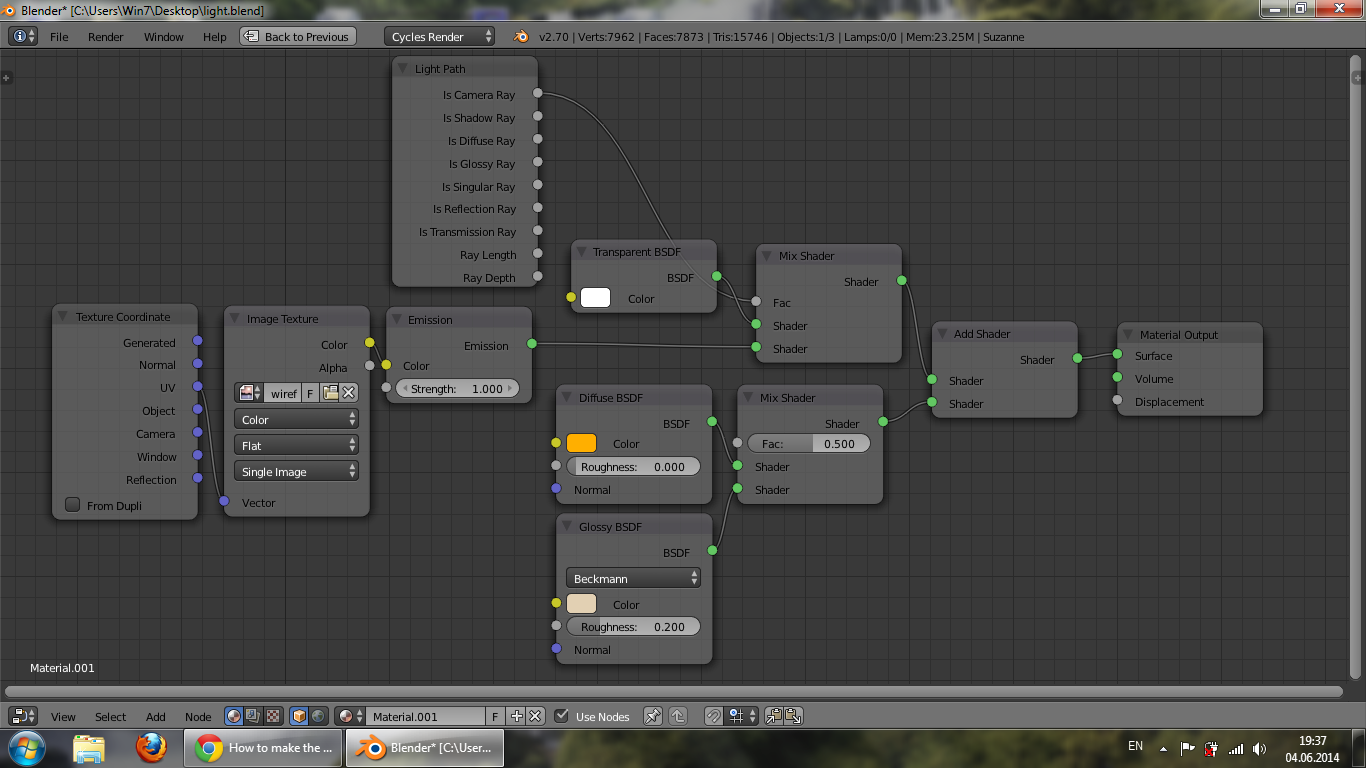 Here is what I want to achieve: the wireframe should be a light source that doesn't cast light. By the way, there is no other light source in the scene that is lighting the object.

However, it works this way: 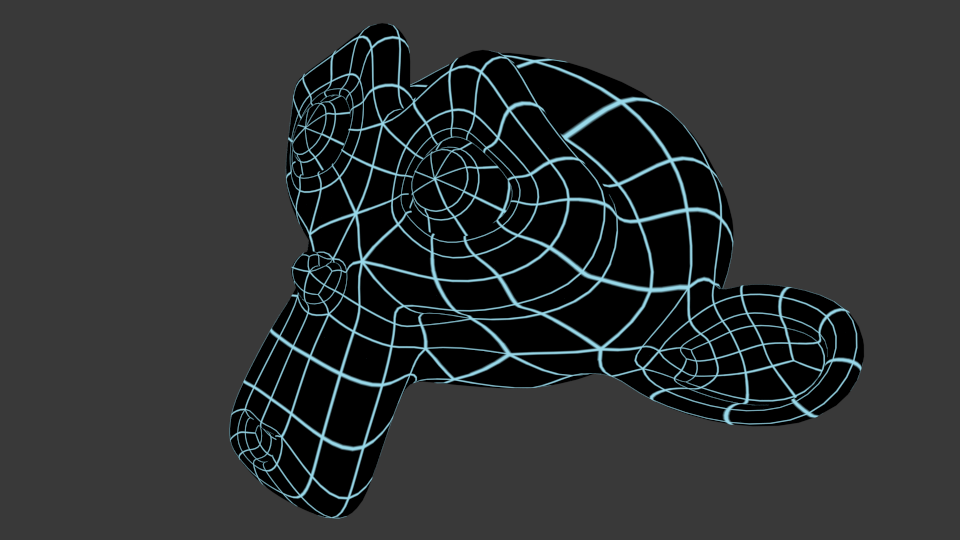 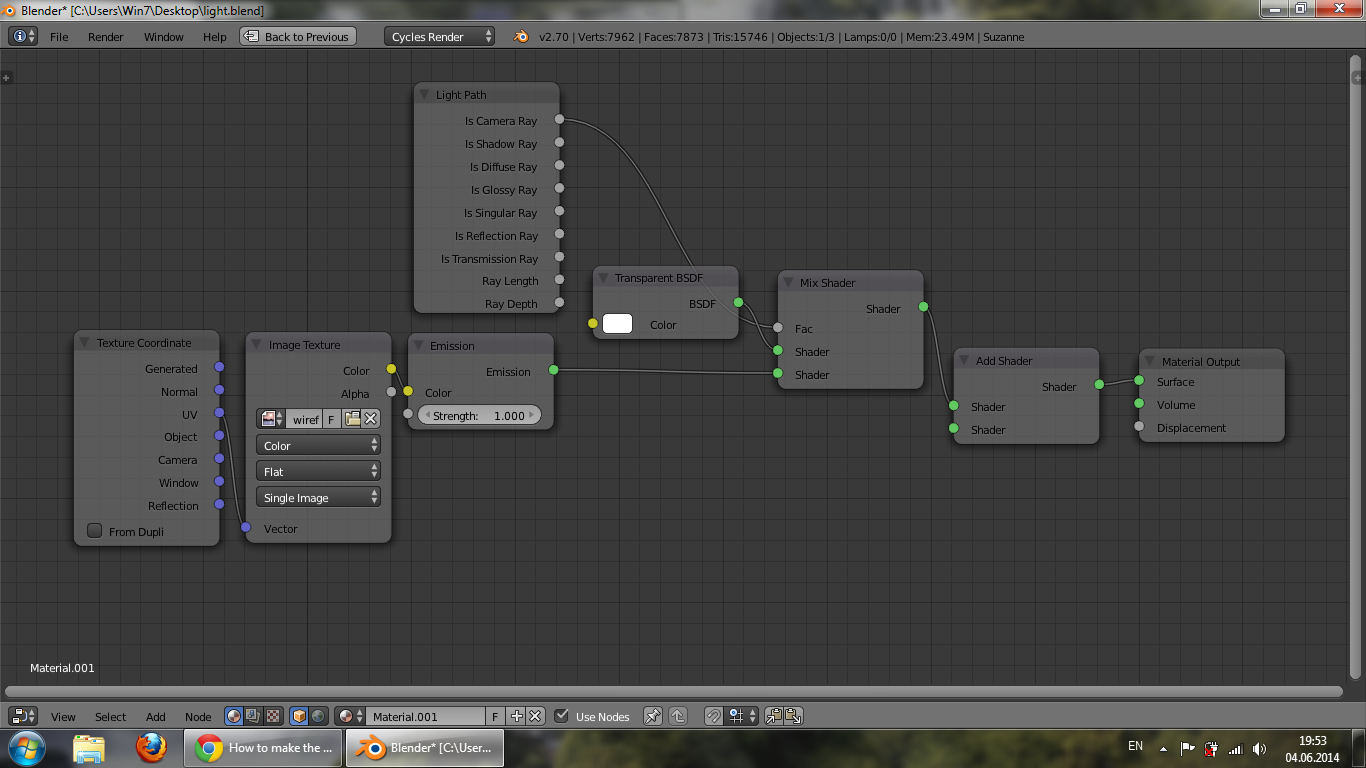 If I confused anybody, then this is what I mean: http://cgcookie.com/blender/2011/10/20/blender-tip-creating-invisible-lights-in-cycles/

You can use a Light path node to mix shaders based on the properties of the incoming ray. 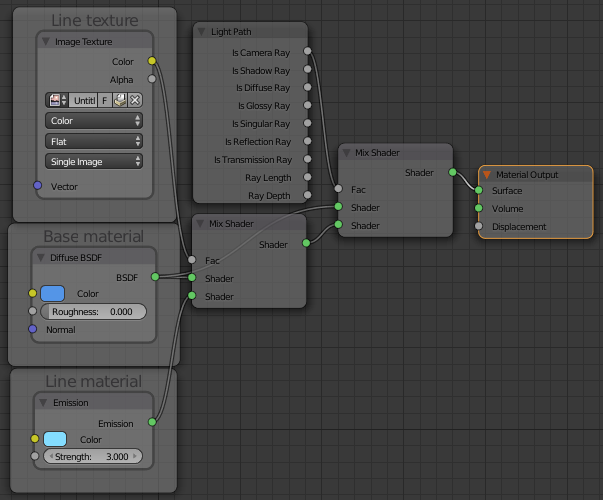 So shadows and indirect lighting etc. will be cast as if Base shader was connected straight to the material output. 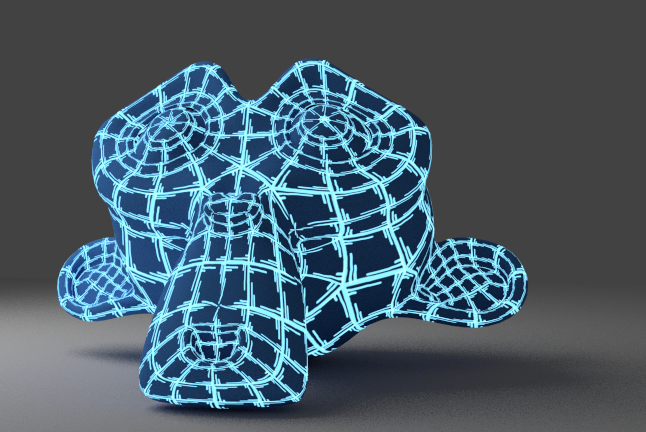 24
Node for setting render colour, regardless of lighting
1
Lighting problem in cyles

38
How to make a cycles light emisson object invisible to the camera?
8
How to make objects “look bright” with a haze of light?
0
Light ignoring a solid object to illuminate object hidden behind the solid object
1
Cycles having trouble calculating light from multiple emission objects
0
Possible to not make light blend colors?
0
Changing the radius of a point light
1
How to reflect\catch light but be invisible on render?
1
Have light cast on an object visible, but the the object to be invisible
13
Make light visible once it passed through a transparent object