The problem as demonstrated by the images of my animation below is that the edges of the surface material objects in the background (shells of the atomic orbitals in this case) wash through the volumetric materials of objects in the foreground (light trails of my electrons in this case). 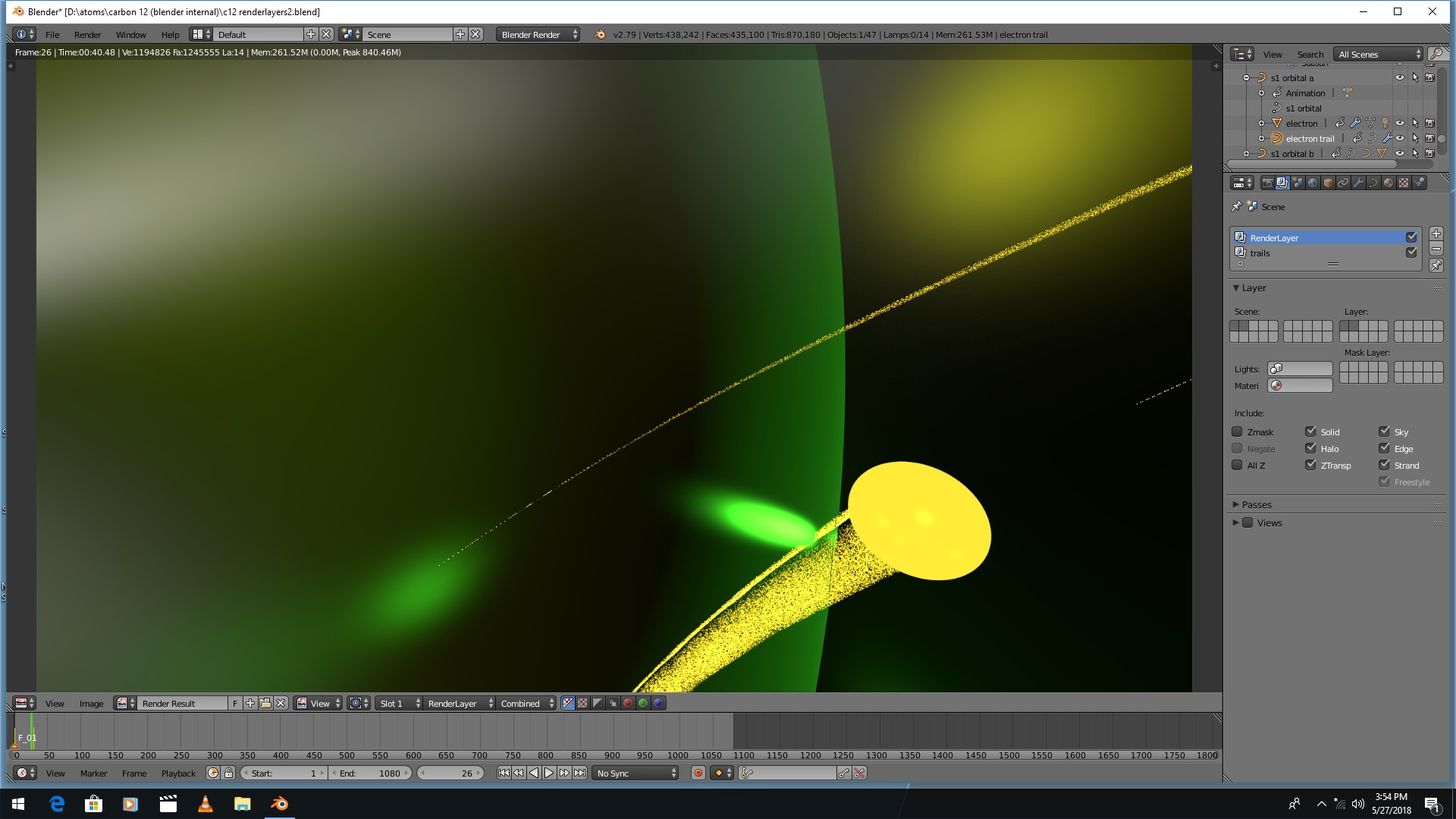 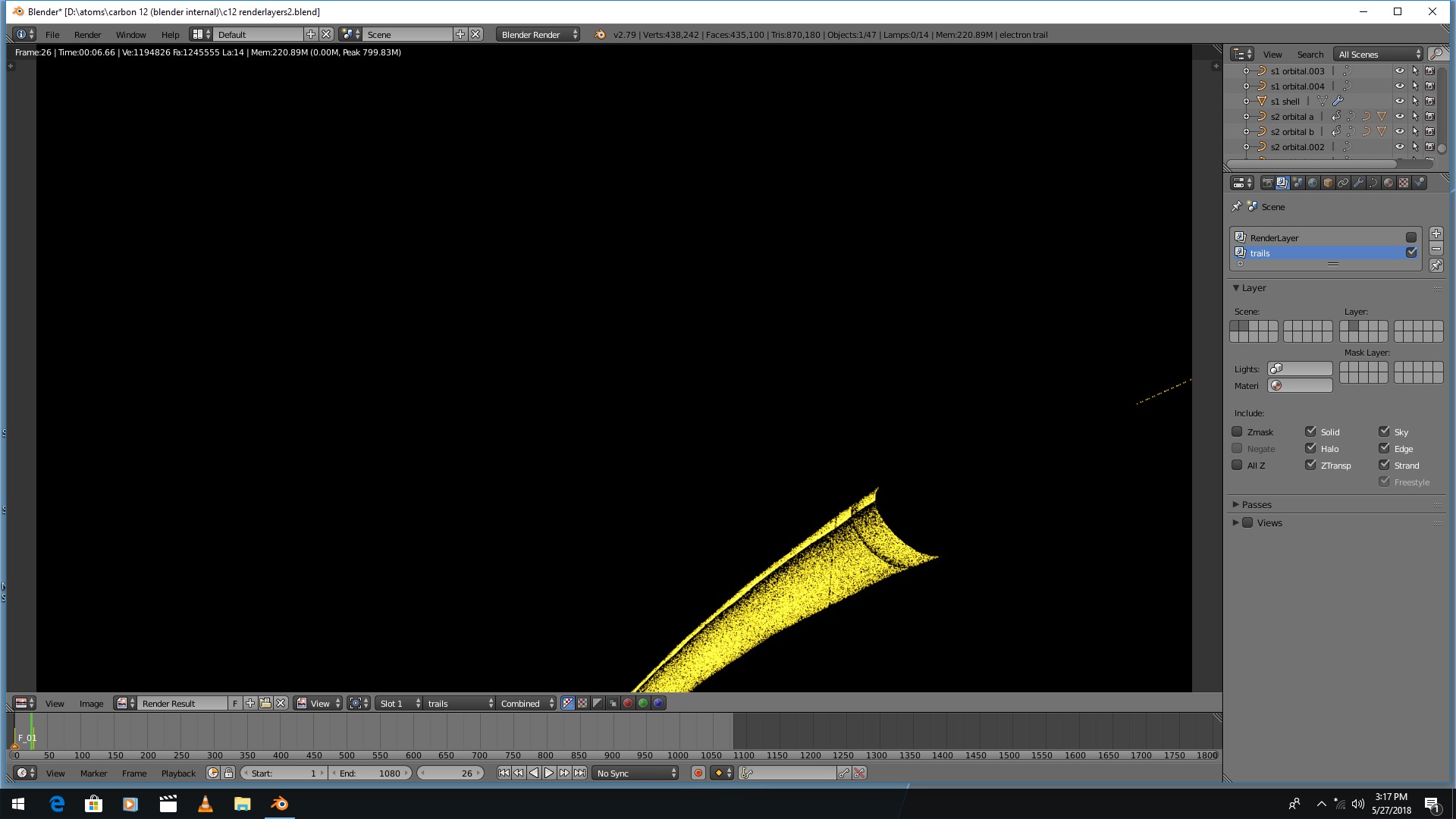 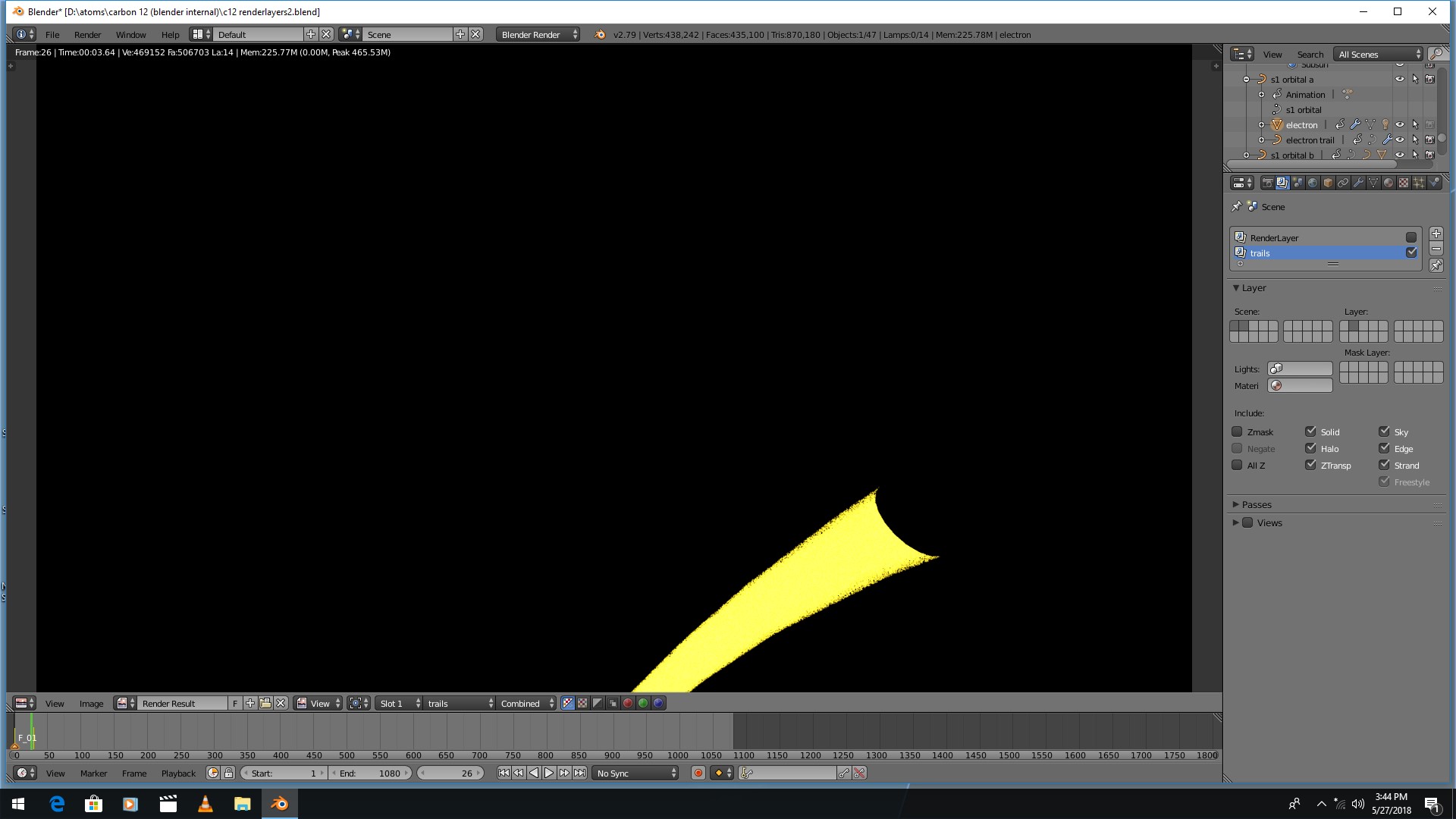 As you can see the from images, I sense that the most obvious solution is to deal w/ render layers. My experience/ability with render layers is practically nil. My results with creating and manipulating render layers have been inconsistent at best from tutorials long past. But, from my rudimentary knowledge of Blender, it may seem to be the most obvious, if not the only way to approach this issue.

So, I look to whomever in the ether that may offer up some concrete solutions to my dilemma, as opposed to me hunting, pecking and, possibly stumbling on some adhoc solution.

Part I: Seperating Objects in the Scene w/ Volumetric Materials in question 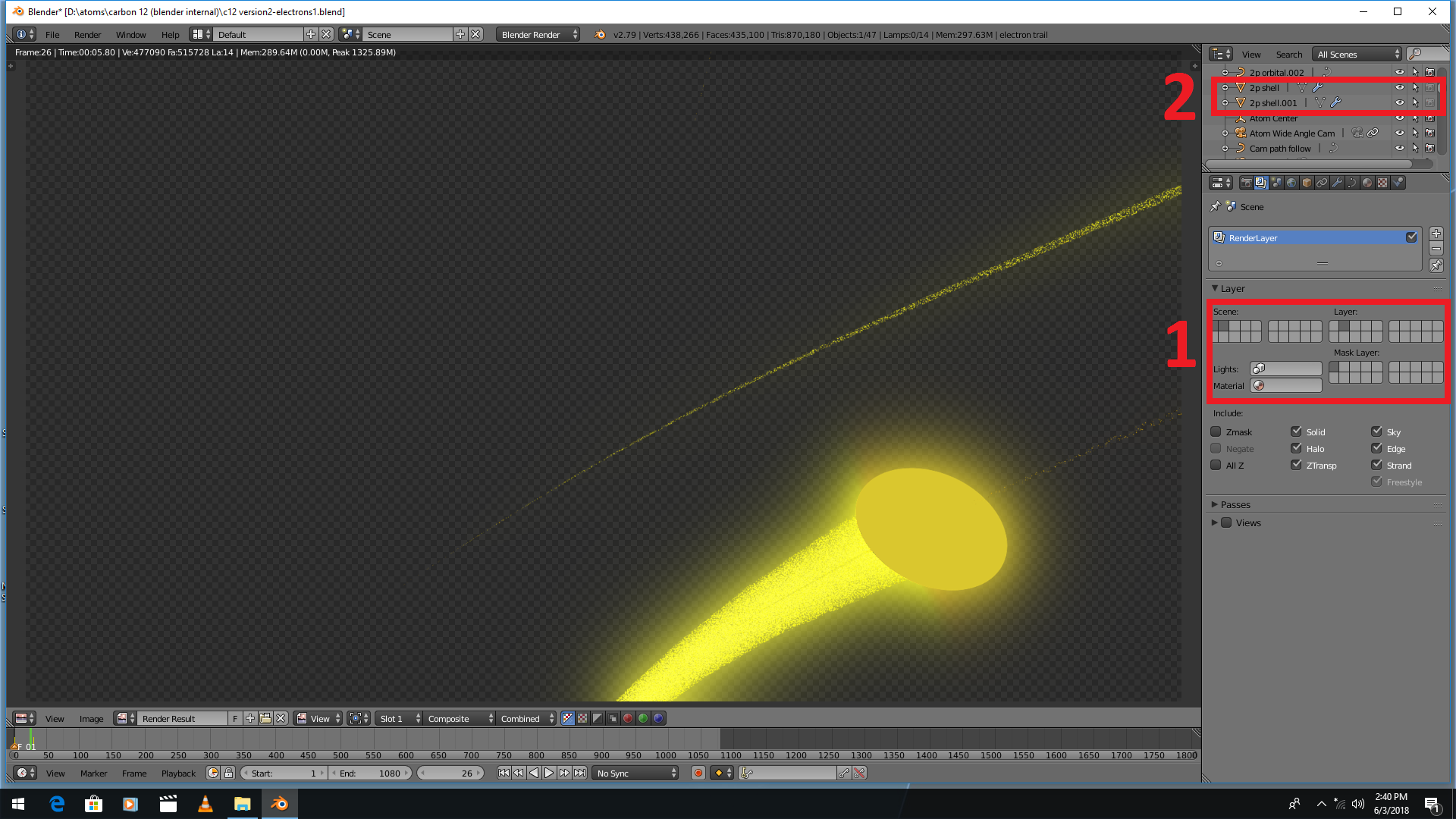 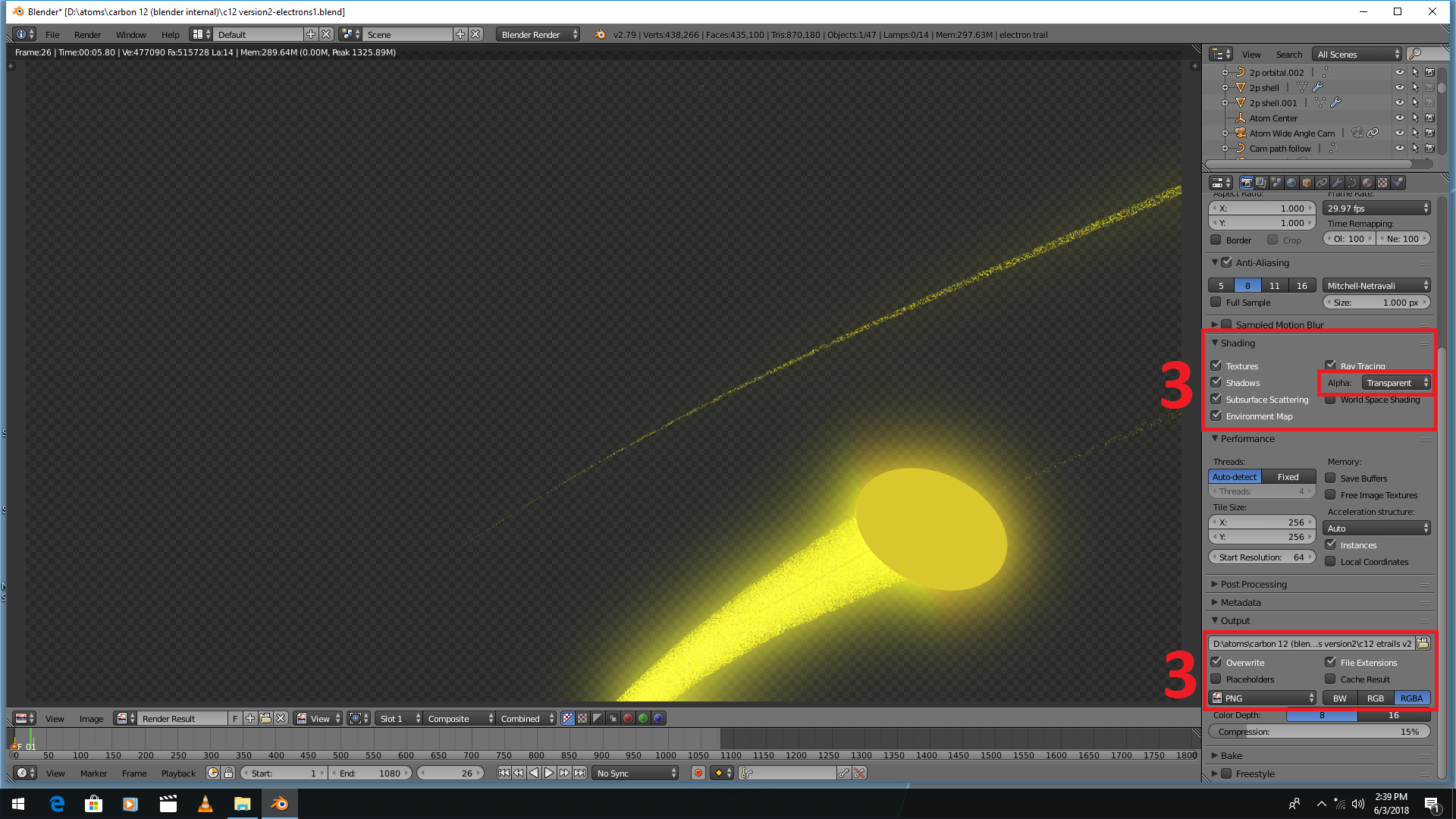 You're now ready to render and save these images.

Part II: The rest of the atom (nucleus and shells) 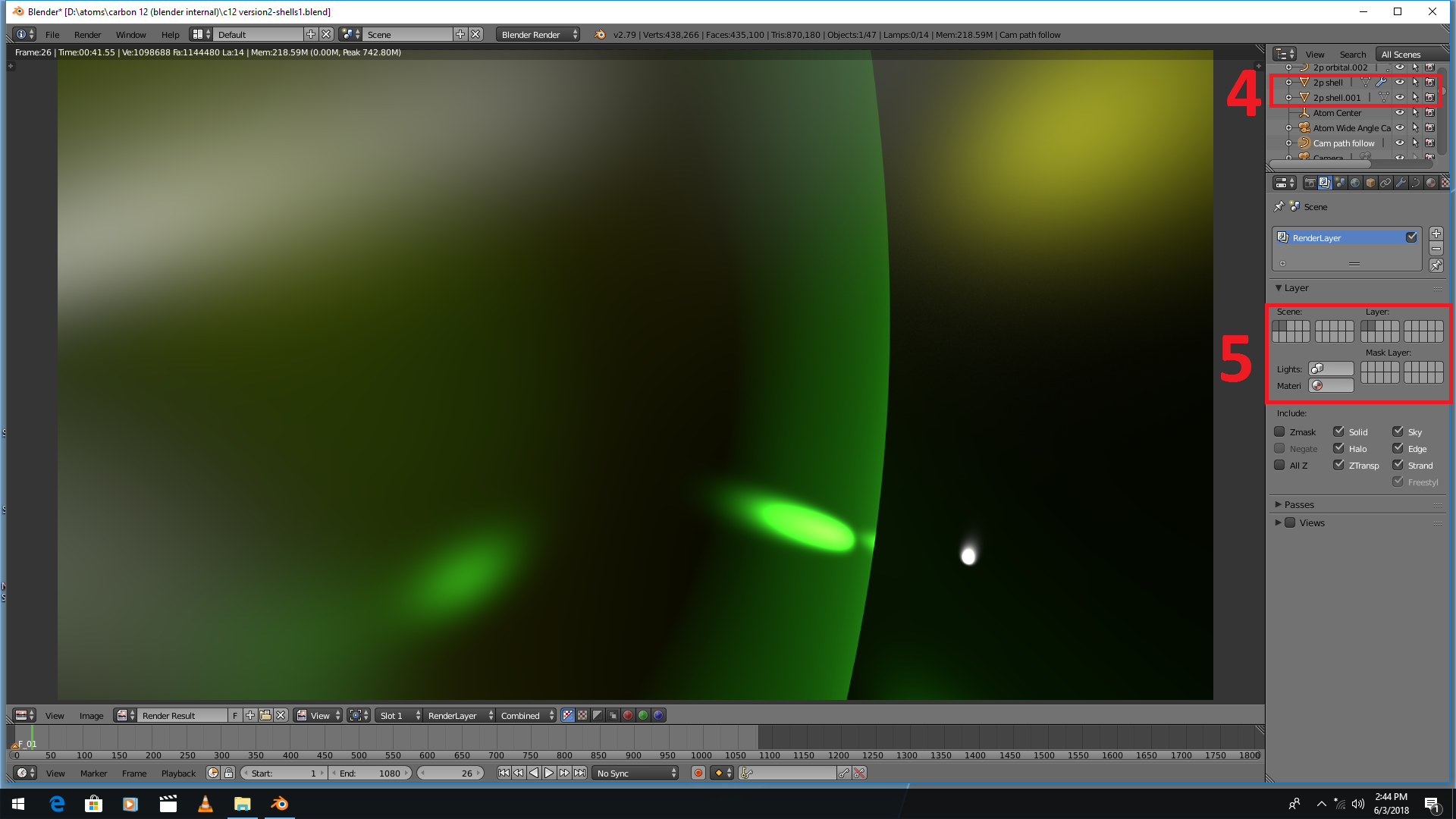 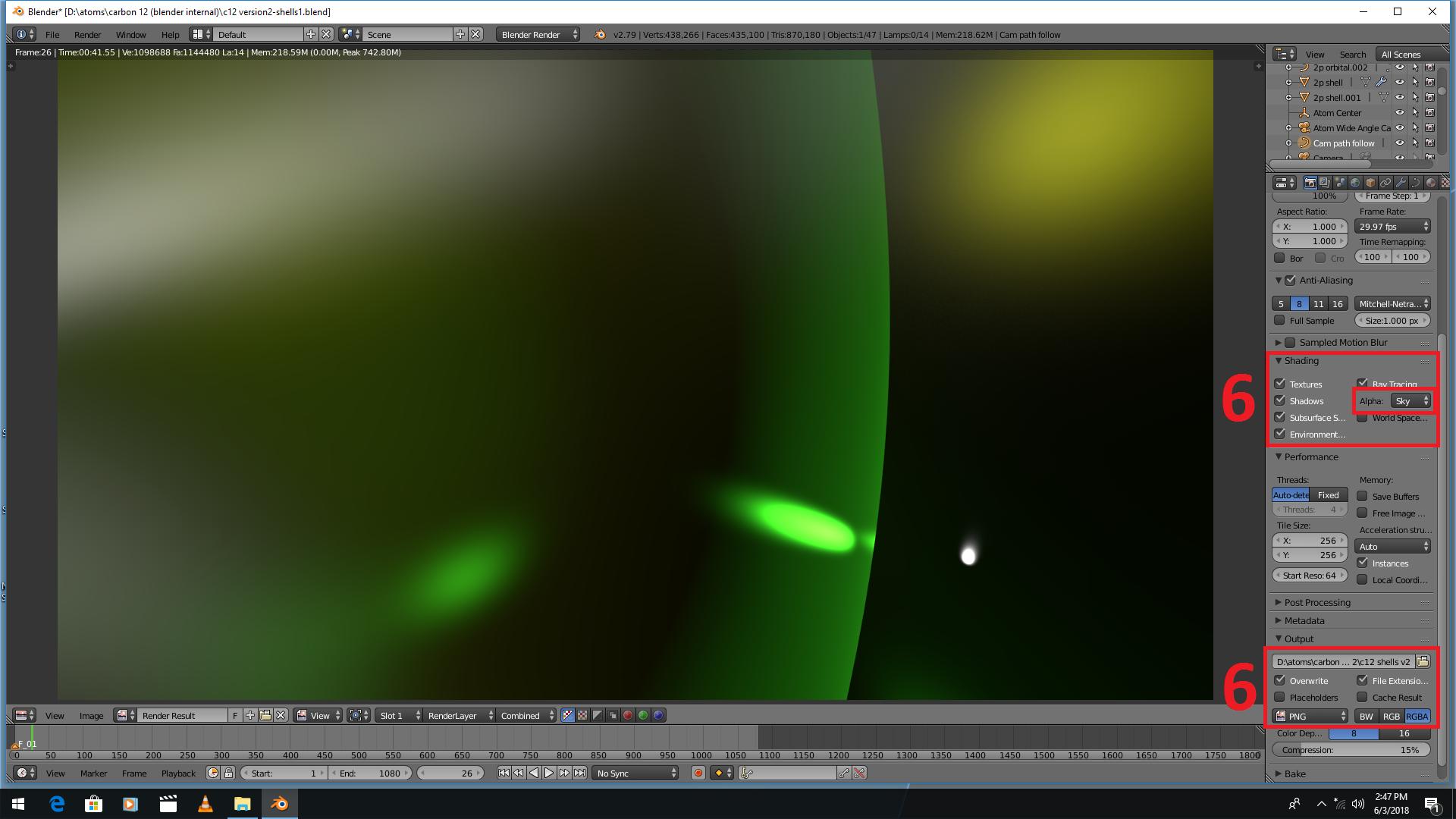 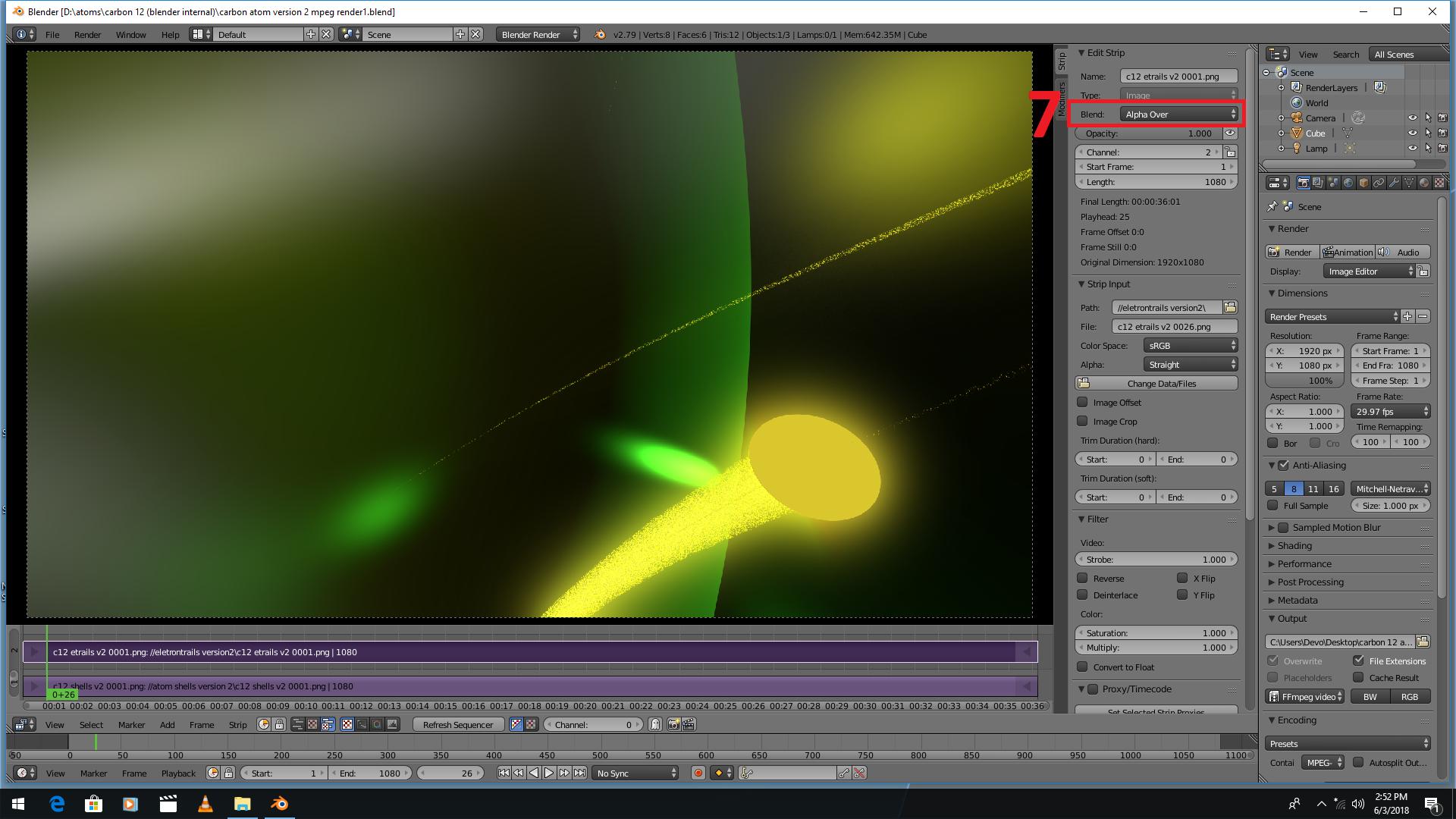 Final Note: I noticed a lot of buzz concerning the new render engine "EEVEE" that's in the final phases beta development. For what ever reason... the gist I've gotten is that the developers are deciding to drop the original "Blender Render" from the Render Engine selection list... (via Blender Nation et. al). If that is indeed the case... What a tragedy! Why? It's a reaction rooted in my practical experience with both Cycles compared to Blender Internal. Sure, Cycles has much more power and a greater choice of options when it comes to materials than Blender Render. Even a knuckle draggin luddite, such as myself, who's still a relative Blender Newbee, can't argue against that. But, if the above project (this query on the above atom blend-file) is any evidence, albeit tenuous; my first few attempts to get the right look and feel of the materials began with using Blender Cycles. In short, I didn't like it. I just couldn't get the materials and their reaction to the ambient lights to "pop". So, I decided to try Blender Internal... After a few tries, I got what I was looking for. It came alive... It "popped". Granted, this may be because of my lack of experience with Blender... But, regardless of that, I suspect there are probably some things that would still come out looking better, when done in Blender Render. So, futile as it may be, I would ask those who's influence may be felt, to implore serious reconsideration of dropping Blender Internal as an option.

Consider this as an analogy: My electricity recently went out. Like some of you that may still have landlines, most if not all of these phones are VOIP. But, with no electricity you ain't got phone service because, VOIP's tied to the electrical grid. Old timers who still remember POTS, may recall that if your electricity blacked-out, you could still rely on plain ole telephone service to get through to the electrical company, because it wasn't tied to the grid... See where I'm goin with this?

Anyway, I figured I'd make a case for keeping Blender Internal, not just because of nostalgia but, because there's probably still a lot more we can still get out of this grand ole render engine, even if it hasn't been updated in more than half a decade.

Regardless of that, I still look forward to trying out Blender eevee upon its official release.