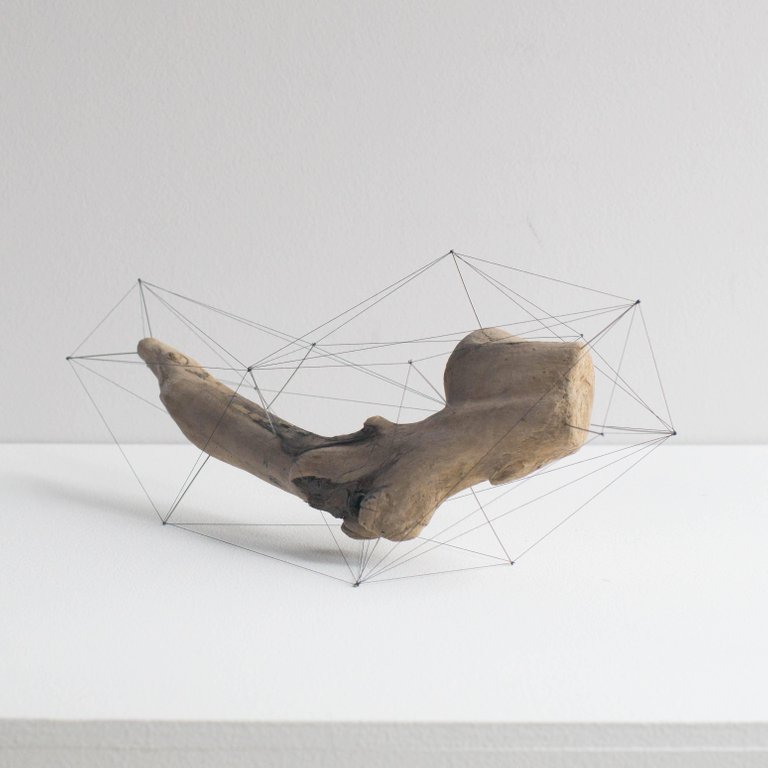 I would like to move certain vertices from an animated mesh object along its normals to create a new mesh (or use face normals and create new point). Is it possible to choose certain vertices and also to vary the length of the normal vector.

the "Object Mesh Data" Node has a hidden input called "Vertex Normals". Press n to open the properties panel in the node editor and activate the output by clicking on the little eye icon. 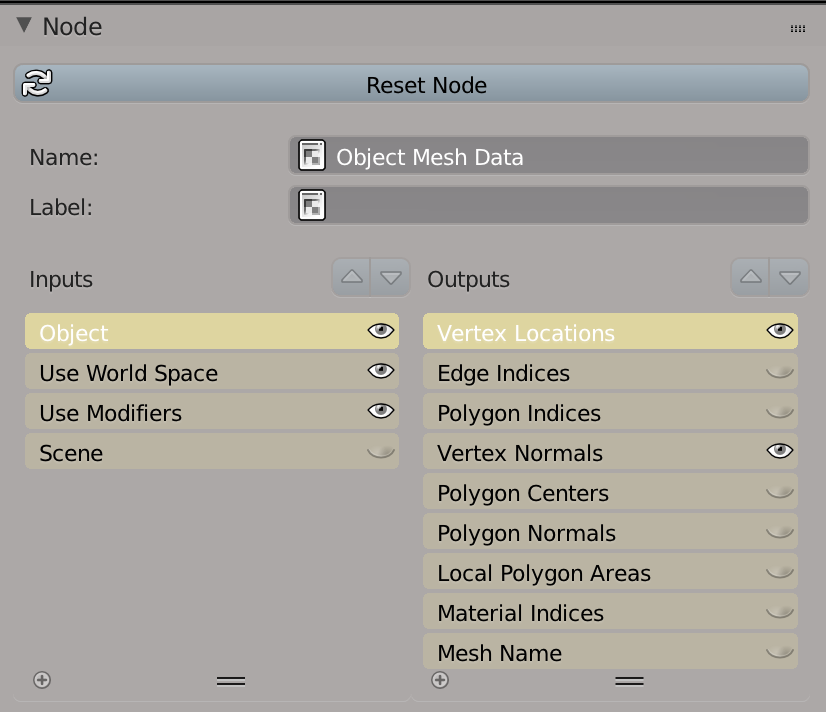 you can then use a vector math node to scale the vertices along their normals. shuffle the vertex list and remove all but the first vertices. 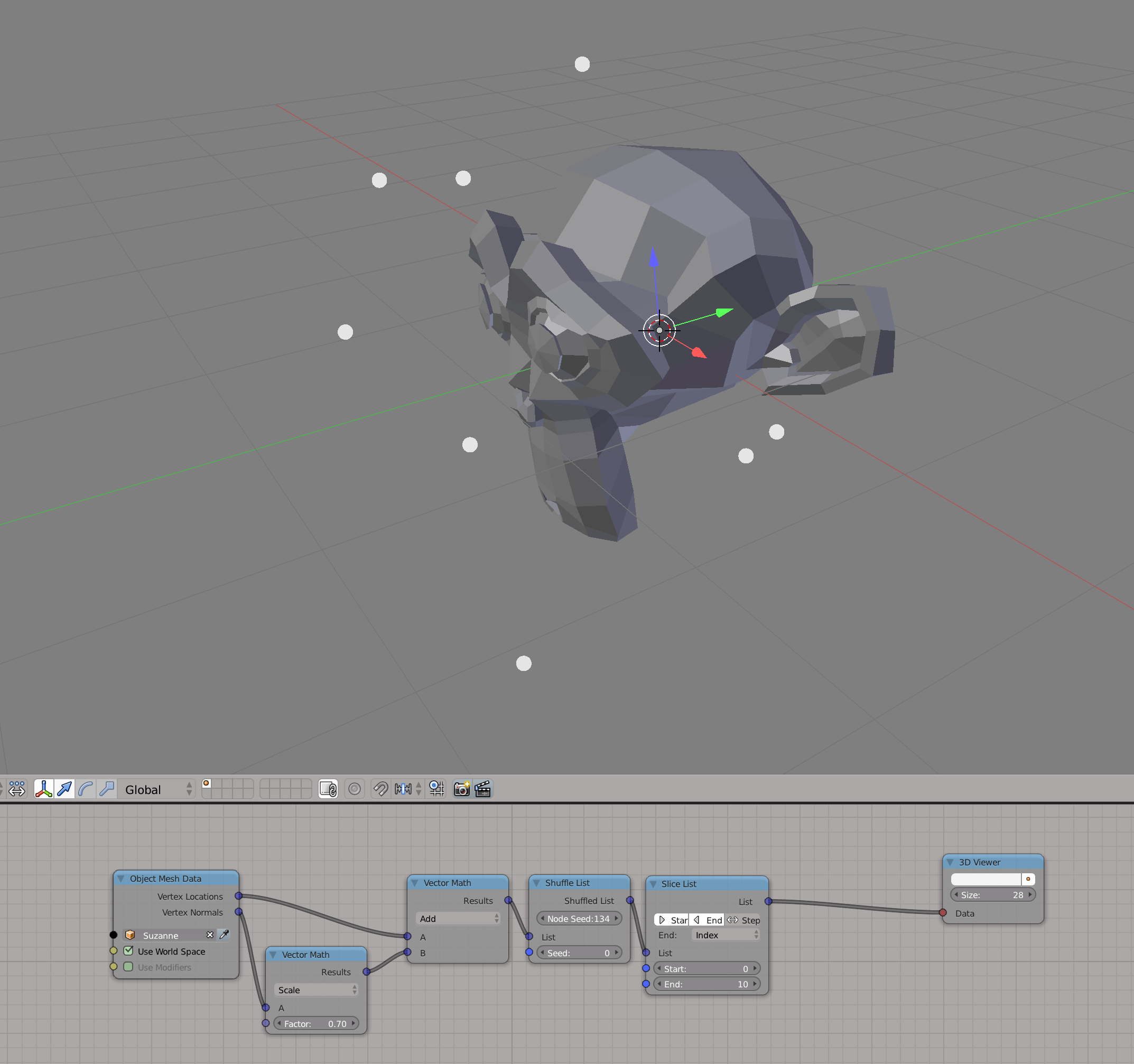 Parameters to control the output:

Bonus node setup with splines (like in your reference image): 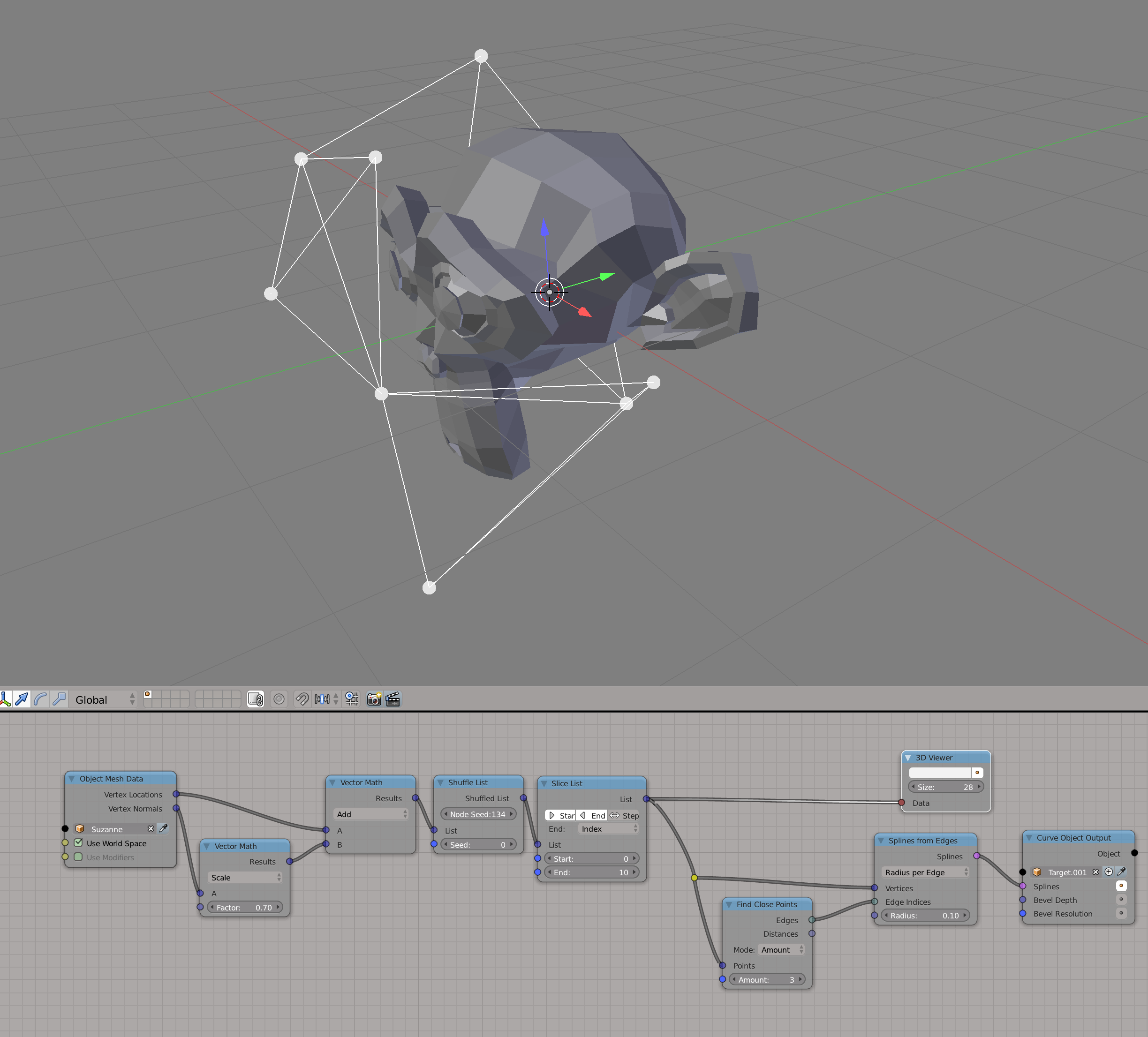 Not the answer you're looking for? Browse other questions tagged animation nodes vertices animation-nodes or ask your own question.