To display a special font character (a character that does not have it's own key on the keyboard) in most Windows apps you press and hold the Alt key then enter an ASCII character number using the numeric keypad (located on the right side of the keyboard).

This technique does not seem to work in Blender text edit mode.

To enter special characters for a Text object, 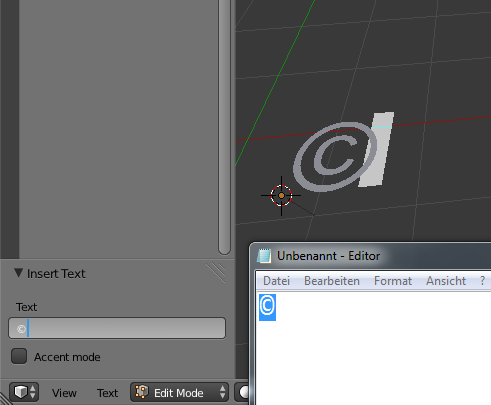 Another way is to 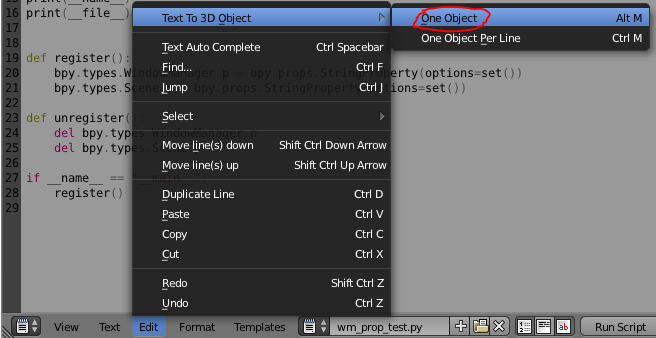 A preliminary test suggests that this might also be a way to get an extended ascii symbol into other text items, like object names, although it's not clear that this might not run afoul of other error checking.

Finally, I expect that MACos and Linux have similar character map facilities that can be used similarly to that in Windows, but I have no specific knowledge of those platforms.

5
How to write all characters in a font to a 3D text object?
3
How can a text object be created with non ASCII characters?
5
Blender has loaded a letter/font wrong
3
Printing special characters and latex using python script for geometrical diagram labeling
44
ASCII Art in blender using Animation Nodes
1
Unicode font support in Blender
2
Blank spaces in a font
2
Broken custom font mesh
0
Text mesh topology problem, with overlapping characters