I'm trying to Offset the location of grouped objects with a falloff object. I cannot use an instancer because in the final project all the objects are different.

Here is the basic setup : an empty which is the object falloff and 3 cubes (for testing purpose).

The goal is to have the cubes go up when the empty is moved near them.

Here is what I tried : 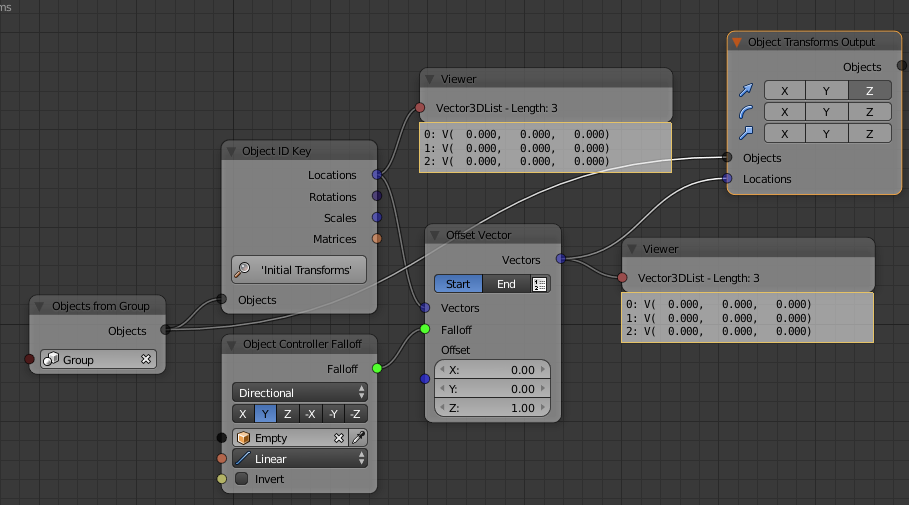 The issue is that all the 3 cubes are moving in the same time and I'd like them to move one by one, slightly after another.

The same setup works well with a text for example. Here an example with text at mid move of the object offset controler : 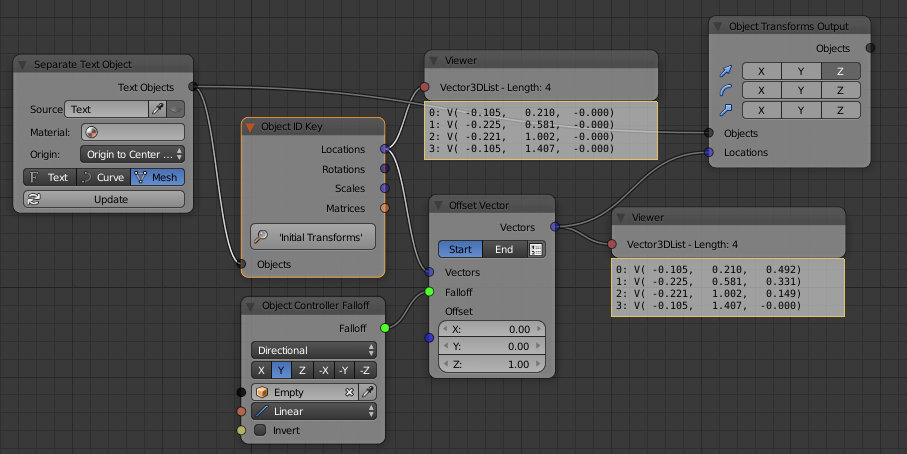 As you can see the Z value is different for each object.

Same position off the falloff controler but back with the 3 cubes :

It seems that when using functions of Animation nodes to generate objects, it sets the value "Initial transforms" which is then used to offset. But when I use my object this "Initial transforms" value are at zero, the same for all of 3 cubes and thus the offset is the same in the same time when the controller is moved...

I'm just a beginner with Animation Nodes so maybe I miss something obvious...

Ok I find the solution, you can update the "Initial Transforms" value. To do that: 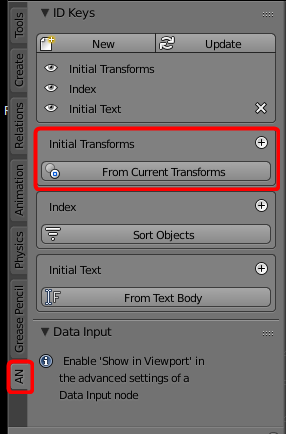 Repeat for each object and it works!

1
Animation Nodes: How to create a stagger-to effect for pre-existing objects (no instancing)?