How to make object appear only inside a defined region

I want the green signs to move in the direction of the blue arrow as depicted in the following image, however it should be visible only inside the red area, as if it was fading in/out of the air as the signs pass through that region.

Is there a way to partially mask the object in my animation? I'm not sure if I can use the usual masks, because that texture is emissive and I want it to cast light on nearby objects only while it's visible.

There are other questions here, like Using an object as a clipping mask for another object that address a similar problem, however they don't work with the emissive nature of my object, nor there is the fading effect. 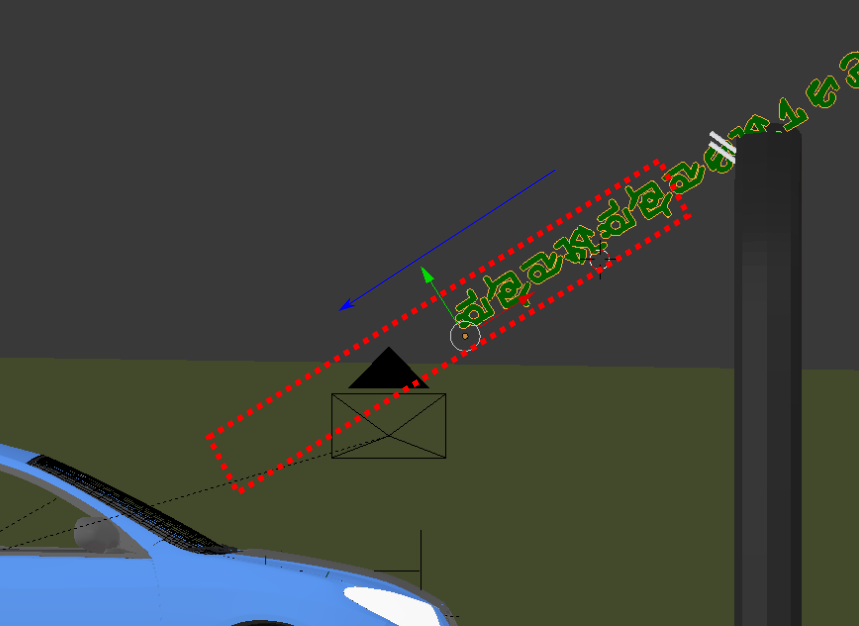 You can use Object coordinates of another mesh (set to not render) - or even an empty - to control the visibility of the text. This way when the text moves in relation to the other mesh it's visibility can be adjusted based on those translated coordinates. You can easily move and reorientate the other mesh in order to adjust the effect as desired. 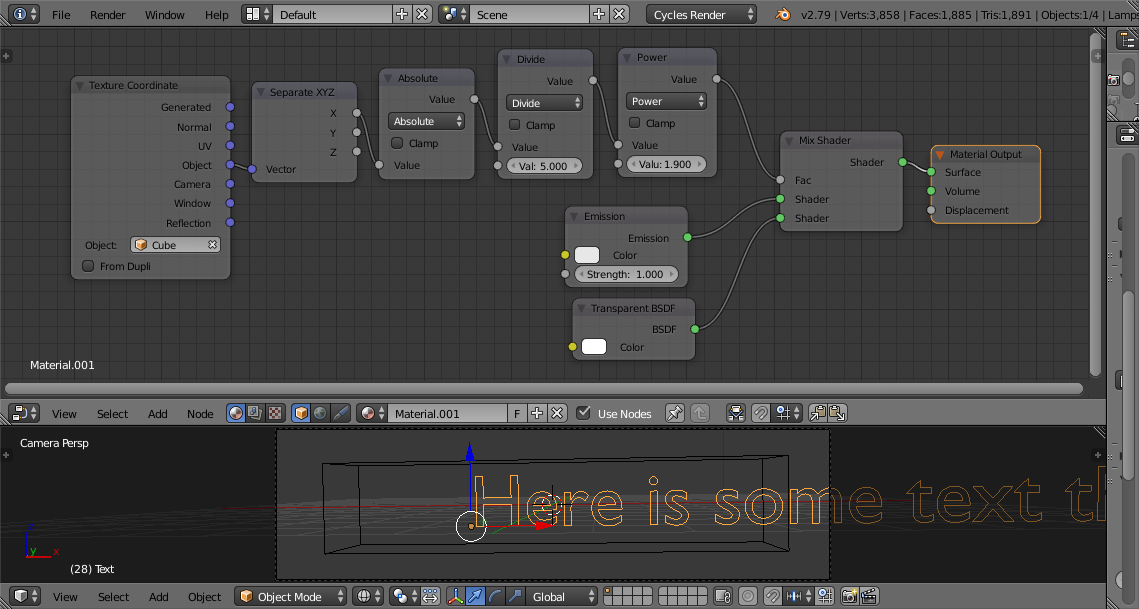 Note the Texture Coordinate node Object set to 'Cube'. This results in each coordinate being presented in relation to the other mesh rather than the text itself.

Adjust the Divide and Power nodes to adjust the drop-off and range of the fade-out.

Not the answer you're looking for? Browse other questions tagged cycles-render-engine masking or ask your own question.

2
How to make the light emission invisible?
2
Render points only if visible from another camera
5
How do I make an object only visible when it is in front of another specific object?
3
Force emissive material to not participate in volume scattering?
6
How to create an infinite plane in cycles?
3
Some pixels doesn't render on the image ID MASK
0
Compositing multiple masks
3
Render parts of object(s) only when they are within a defined area