Render out of compositor without rendering scene?

I don't understand how I can just render out of the compositor without rerendering the entire scene. The editor appears to be based on Softimages Post editor, where you just hit an execute for that window. I understand I could render out a sequence and run that in as an image but the render layer is already rendering out that information. Why can't I use it.

rendering compositor
Share
Improve this question
asked May 17 '18 at 14:21 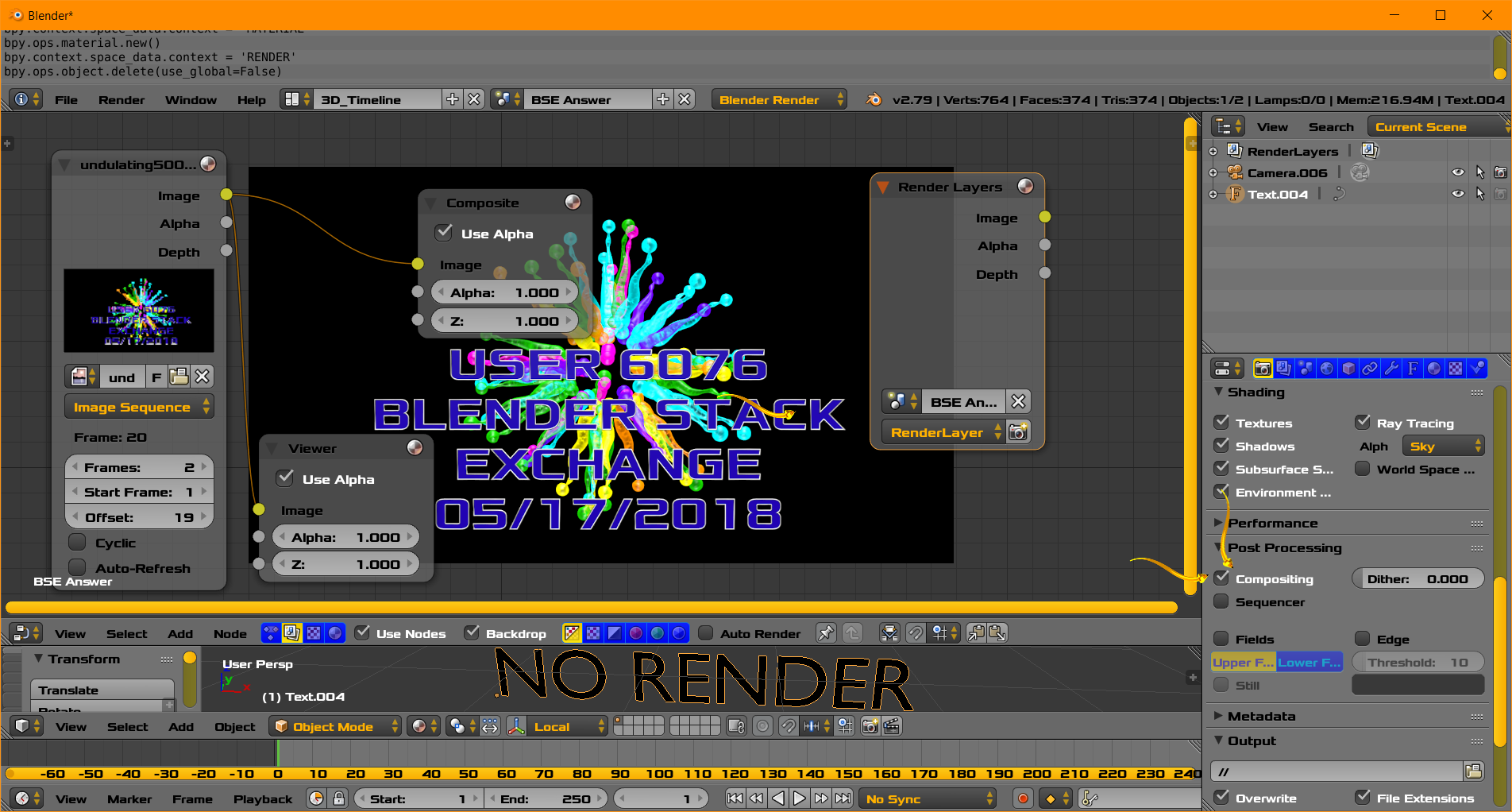 Know that by default the Compositor renders the current scene and that image is used by the RenderLayer Node. The compositor can use any combination of live Rendered Layers or previously created image files. The render layer can come from any scene present. See the nodes options above.

If your Compositor work only requires a few changes and your scene take a long time to render, your work may be more efficient by saving files in PNG format or other more flexible format. Then reuse the images without rendering again.

You may direct the image compositor to read in files from an image sequence on hard disk or similar, and ignore the render layer node.

In the image above the Compositor uses an Image Sequence Node. The Render layer Node is not used, it has no connections. A camera exists and non renderable text. The arrows show the setting for the Compositor. Please click on the image to see a larger version.

You can create a single image plane and map previously created images to it as an image sequence. Perhaps Shadeless for Blender Render and a different setting for Cycles or other. You may need to place a camera and non renderable object such as a non rendered cube

Not the answer you're looking for? Browse other questions tagged rendering compositor or ask your own question.

4
Can i "execute" the Compositor node graph without re-rendering?
4
Is it possible to composite a scene without rendering from the command line?
4
How to render All layers in my Compositor at once
3
Paint over Render in compositor
4
How do I stop the Compositor Output Node from overwriting my images on each new render?
0
render compositor only in 2.8
3
Change node links based on which Render Layer is rendering