I'm experimenting with Animation Nodes to create a set of Bezier curves that start near one empty (SPole, left arrow), pass near a second empty (Midpoint, cross at top), and end near a third empty (NPole, right arrow). The first step in my experiment is to create a single Curve object and then extend the Node tree to generate the rest of the set of Curves. Here is a 3D view and the Node tree I've constructed so far: 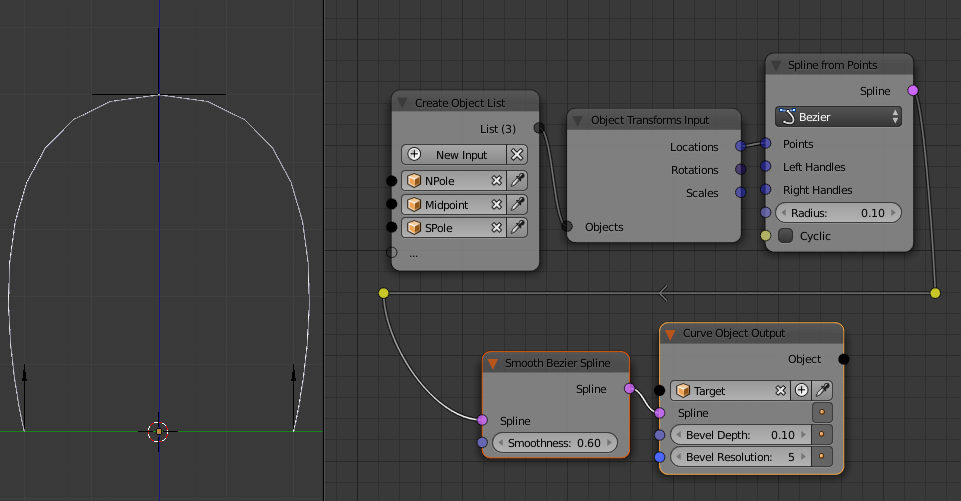 To be clear, the two reroute nodes in the tree on the right are simply there to make the tree more compact for the screen capture.

How can I increase the resolution of the generated curve? I've looked through practically every Animation Node in version 2.0 and can't find a "Set Curve Resolution" node. Several YouTube videos on generating curves with AN also have low curve resolutions visible in their finished Curve object(s). I also tried to set the Resolution Attribute directly, but I didn't have any success.

you can change the visibility of some inputs in the properties shelf (press N in the Node Editor).

select the curve object output node and check the eye icon for preview resolution. you can now set the resolution in the node itself 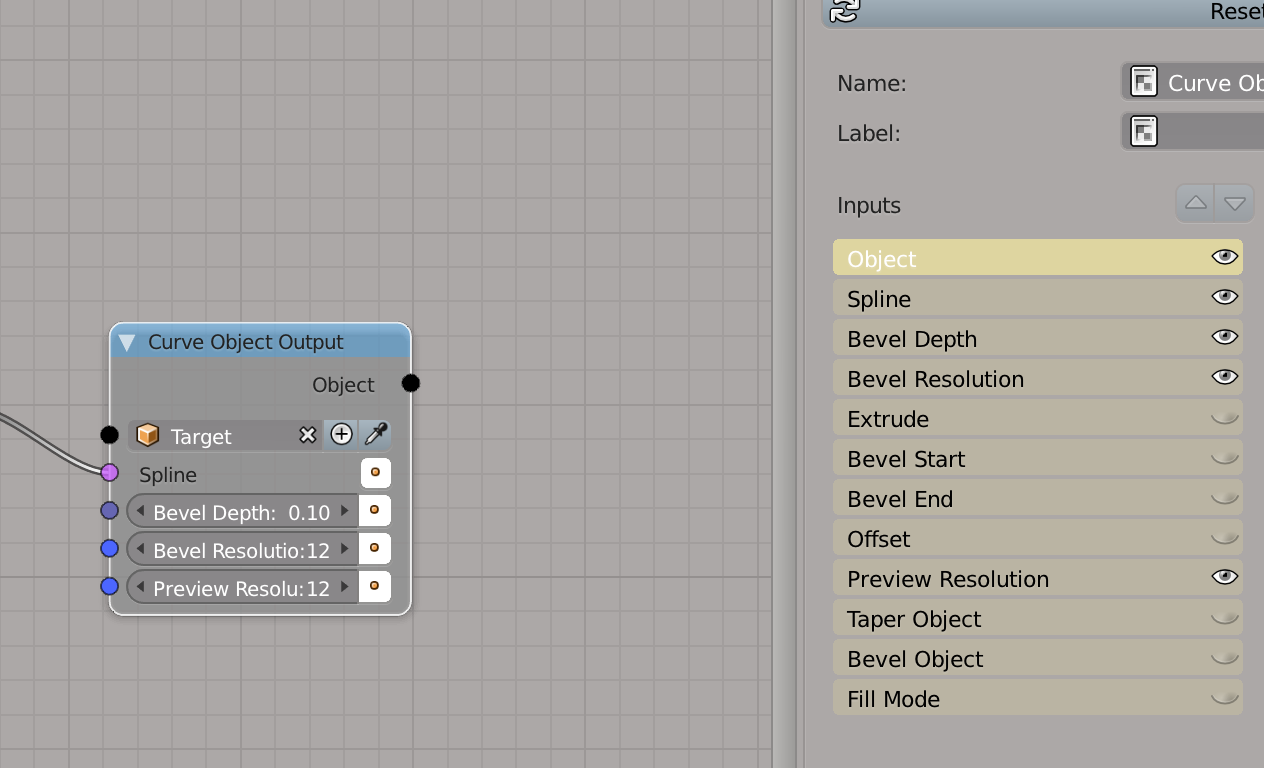 If you do this before the node, the attribute get's overwritten by the Curve Object Output default, which is 12. That's why it probably didn't work for you: