“Unwrapping” a texture on a model created in photoscan

I am an archaeologist with little background in blender. I'm not sure if unwrapping is what I want, so I put the word in quotes. I have a model of a pot which I generate in photoscan with a pattern running around it. It already has a UV map, which was generated when Photoscan has generated a texture for the pot. However the texture doesn't show the band of decoration as a continuous pattern. I would like to be able to unwrap the pattern in one long strip as a 2D image, so that I could publish the flattened image. How would I do that?

Here is an illustration of what I am after, since I don't know the correct terminology. 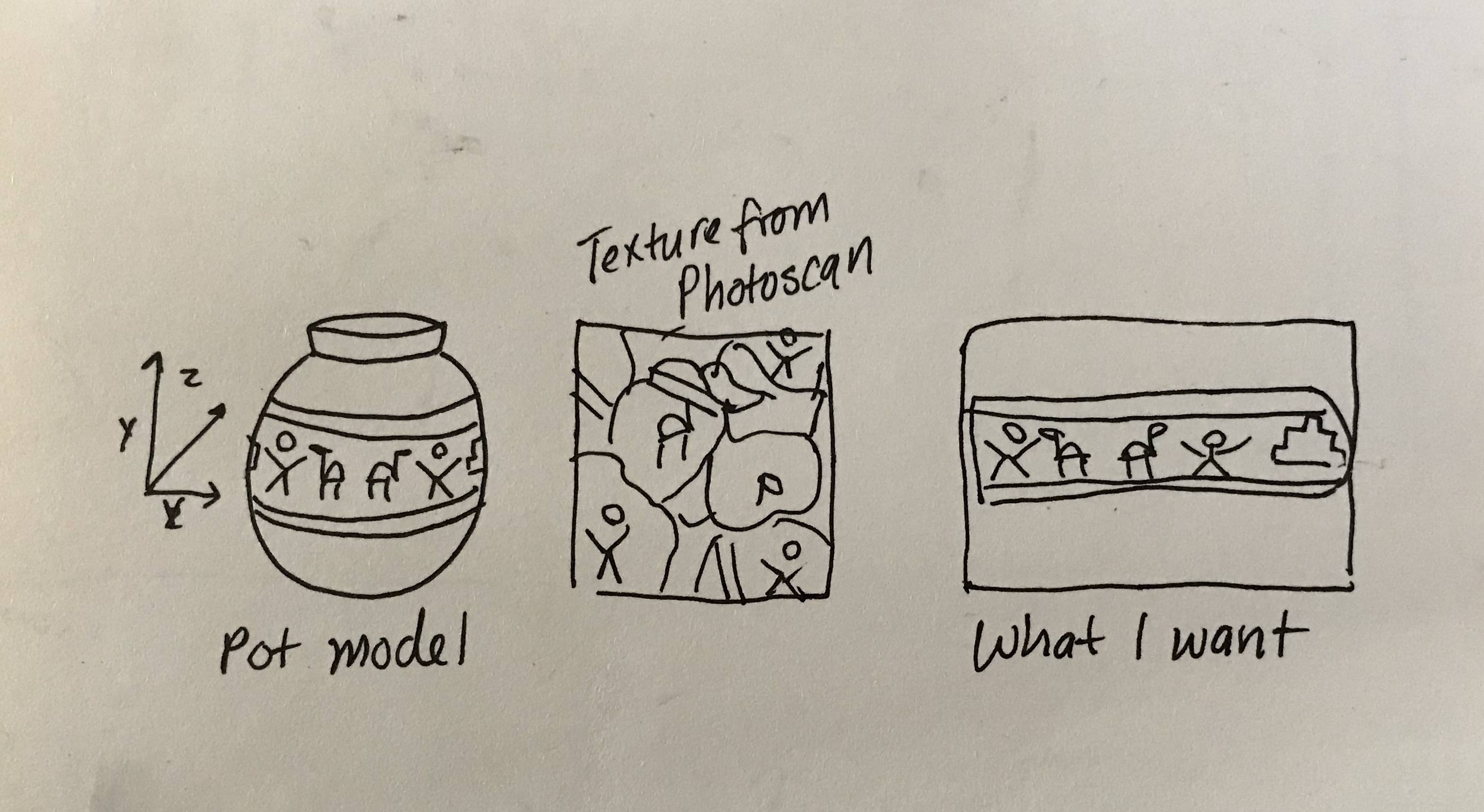 Browse other questions tagged texturing materials uv or ask your own question.

29
How do I bake a texture using Cycles bake
24
Possible to bake texture to new UV map?

1
Material Editor: Generate mask from color ID texture
4
Sort out a complex UV map for a complex mesh
4
Extract Texture from a 3D blender model
3
Why do textures stick around in the editor?
3
Unwrapping beveled cube
0
How to tile texture a curved model?
0
UV unwrapping seems to be unwrapping my object twice
2
Generating a UV map from object generated texture coordinates