Python rotation does not produce the same than manual rotation

I have 3 plank forming an equilateral triangle, I want to rotate them according to the triangle gravity center (where all the height intersect).

By hand I select them all, Shift+D, Enter, R, Shift+Z, turn the mouse, press Enter and voila, perfectly rotated.

I then wrote a script that does the exact same thing, however they are not rotated the same, the center of the second triangle is off.

and here is an image of the results : 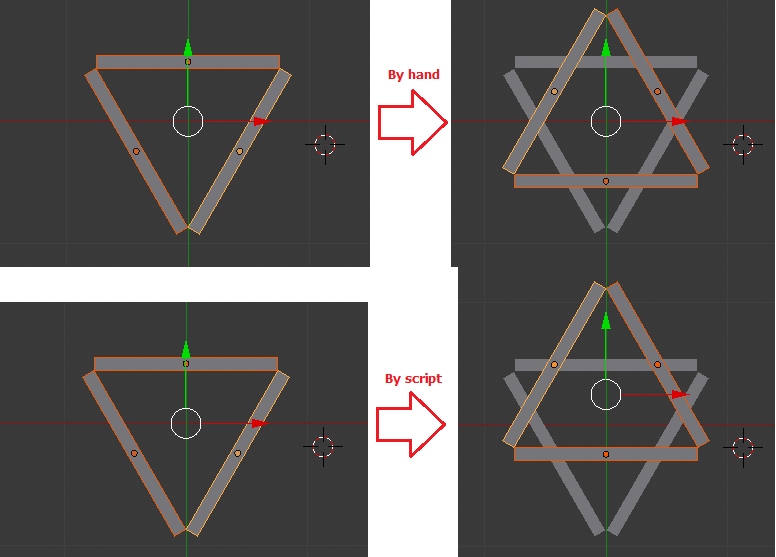 Why isn't the rotation being the same?

4
Why does attached Python script produce error "Cannot execute boolean operation"?
7
What units does the rotation argument expect when creating objects?
3
Add Manual and Python Reference Links for Custom Operators
0
Rendering does not reflect the new rotation of my character after using Blender's Python API's rotation_euler function
0
rotation via python does not the way i would it have expected