I plan to animate a filmstrip (growing and curling around itself), using the path or bezier tool. BUT how could I get the sprocket holes as well; is there a system where you can extrude and add a regular set of boolean holes for example? Thanks in advance. 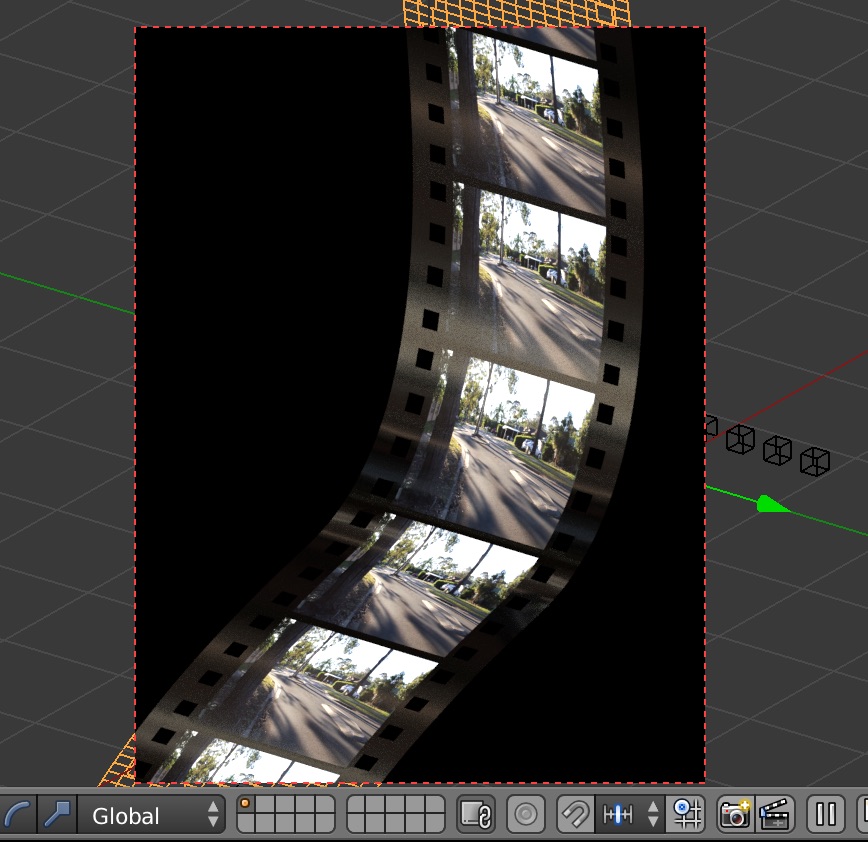 Start with a flat plane (film strip) and make an array of perforations (using a couple arrays) to punch holes in the plane. I have used academy 4 perf per frame here. I start with a box outside of the film plane, so that I know where it would appear o the previous film frame. 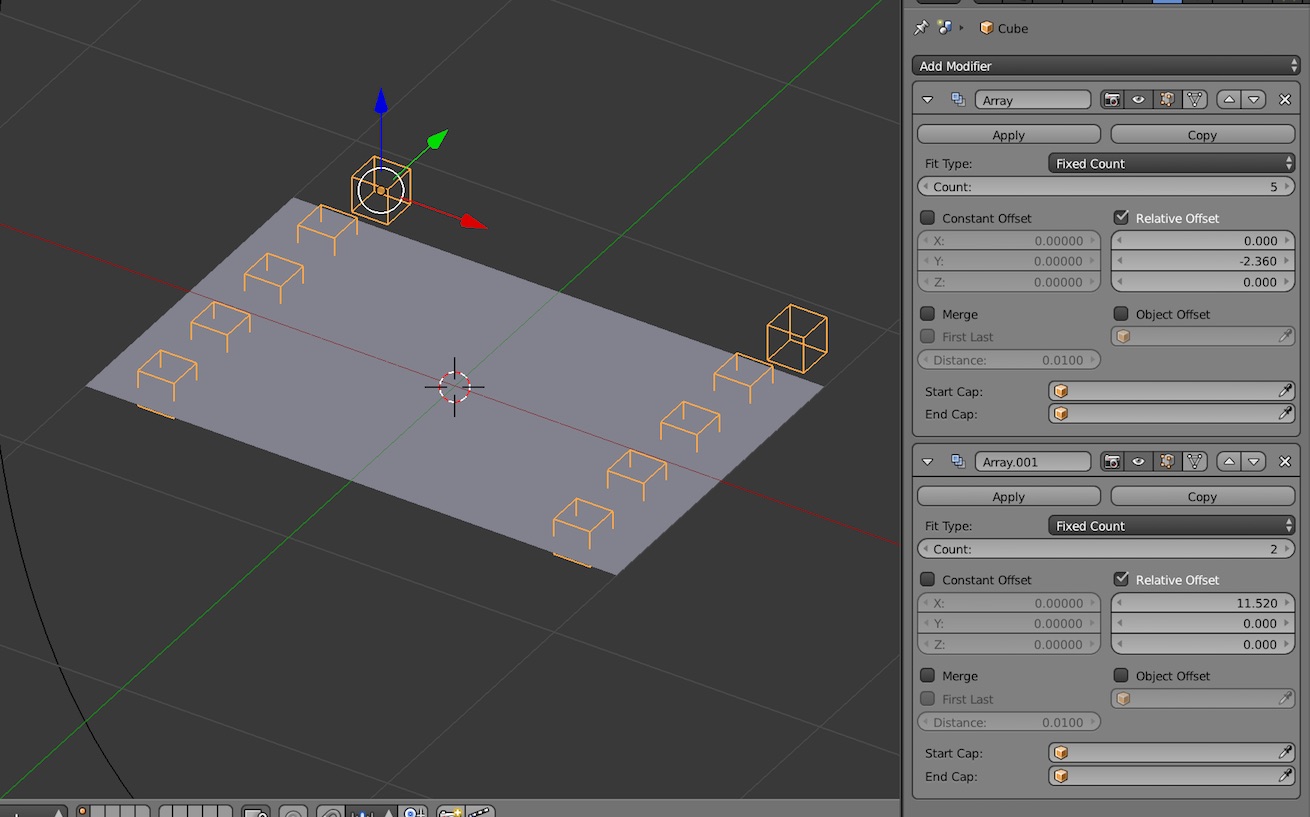 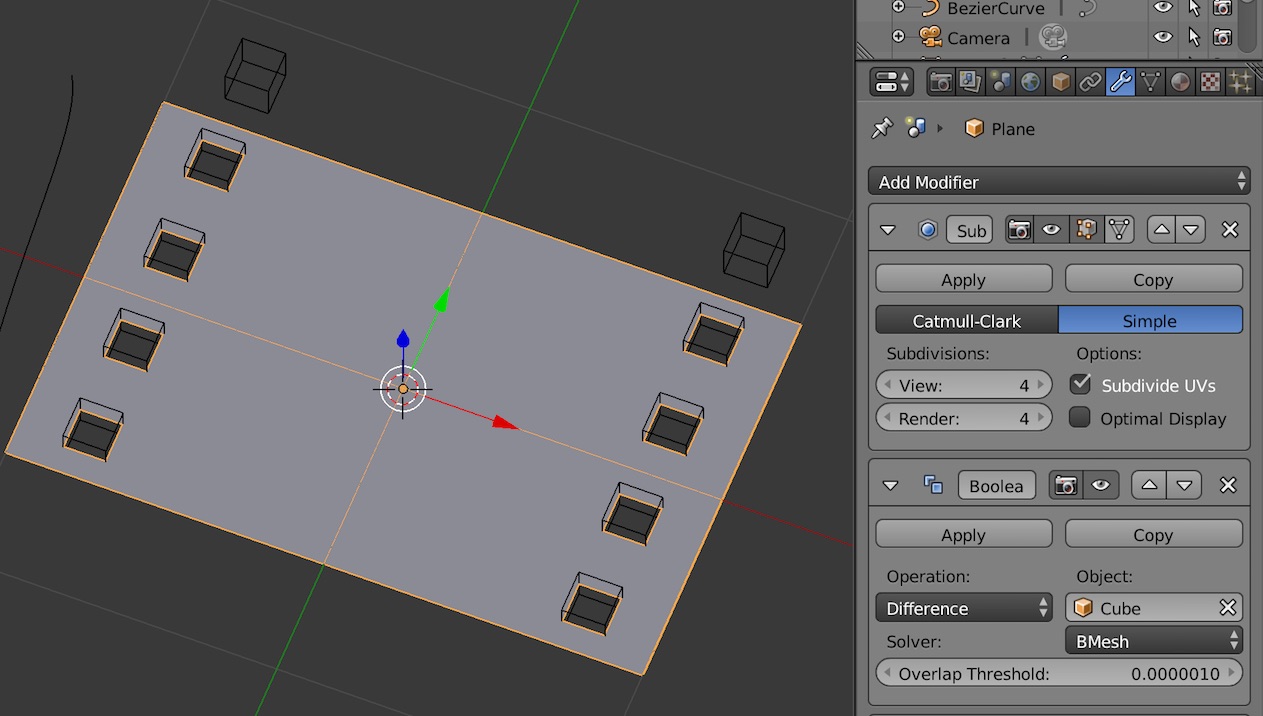 Then we array the plane, which has holes in it, and fit that to a curve. Make sure that all of the objects have their Origin Cleared at the centre (Alt-C). 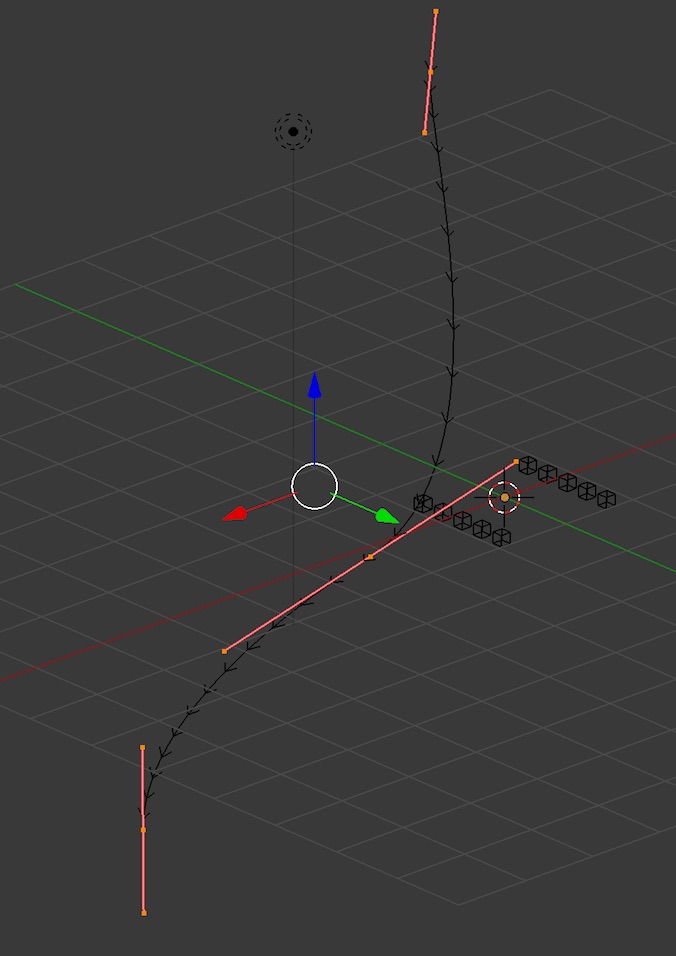 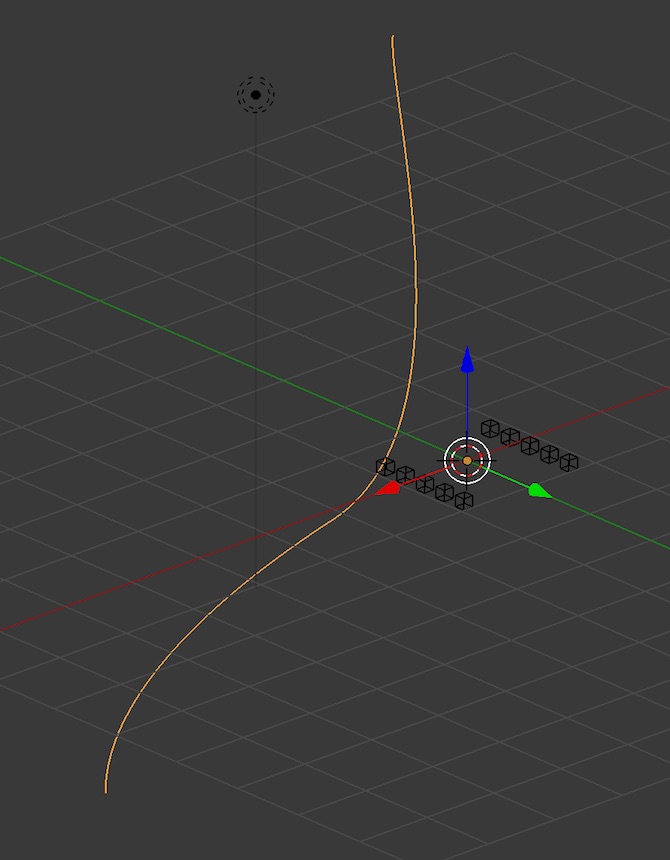 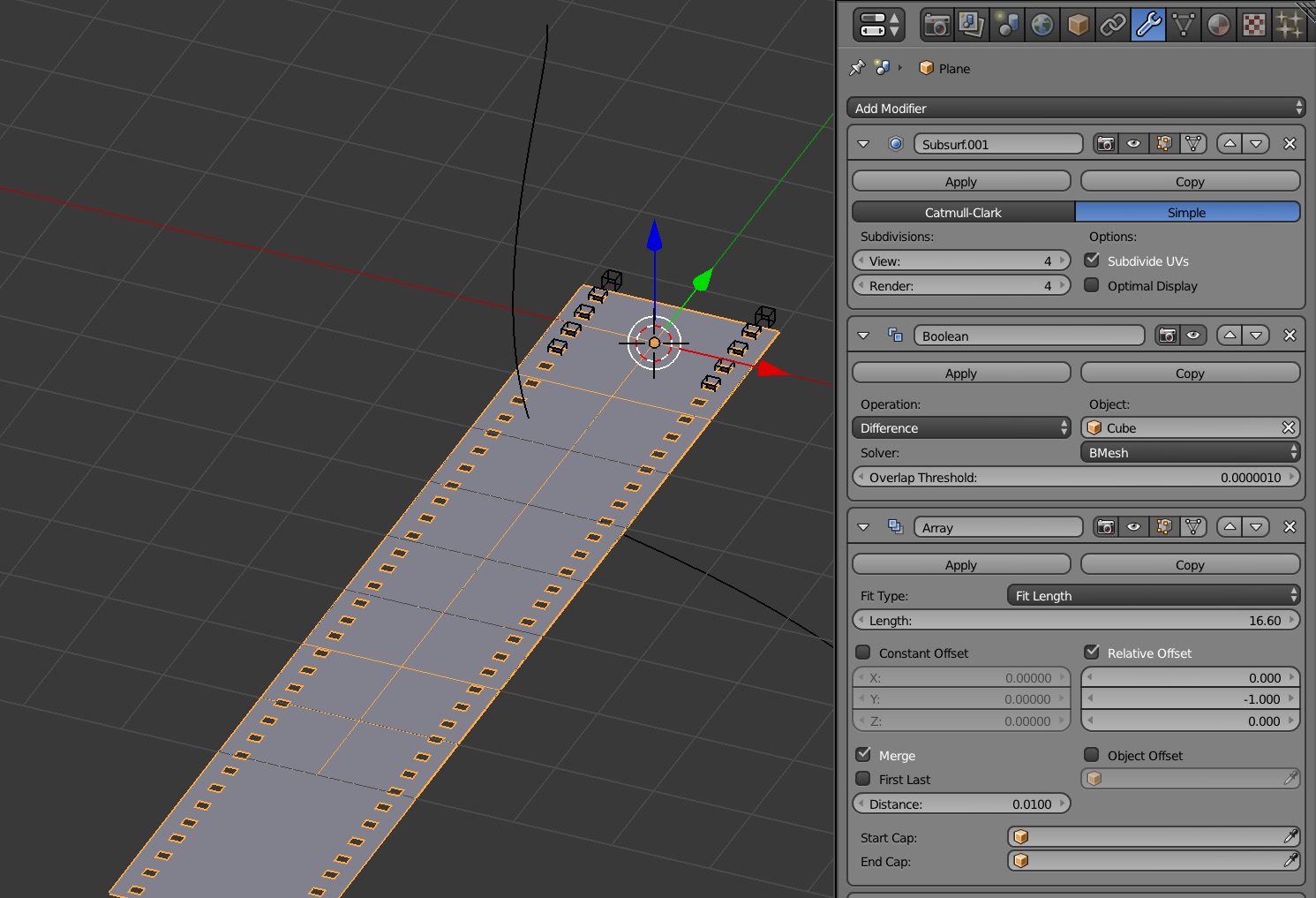 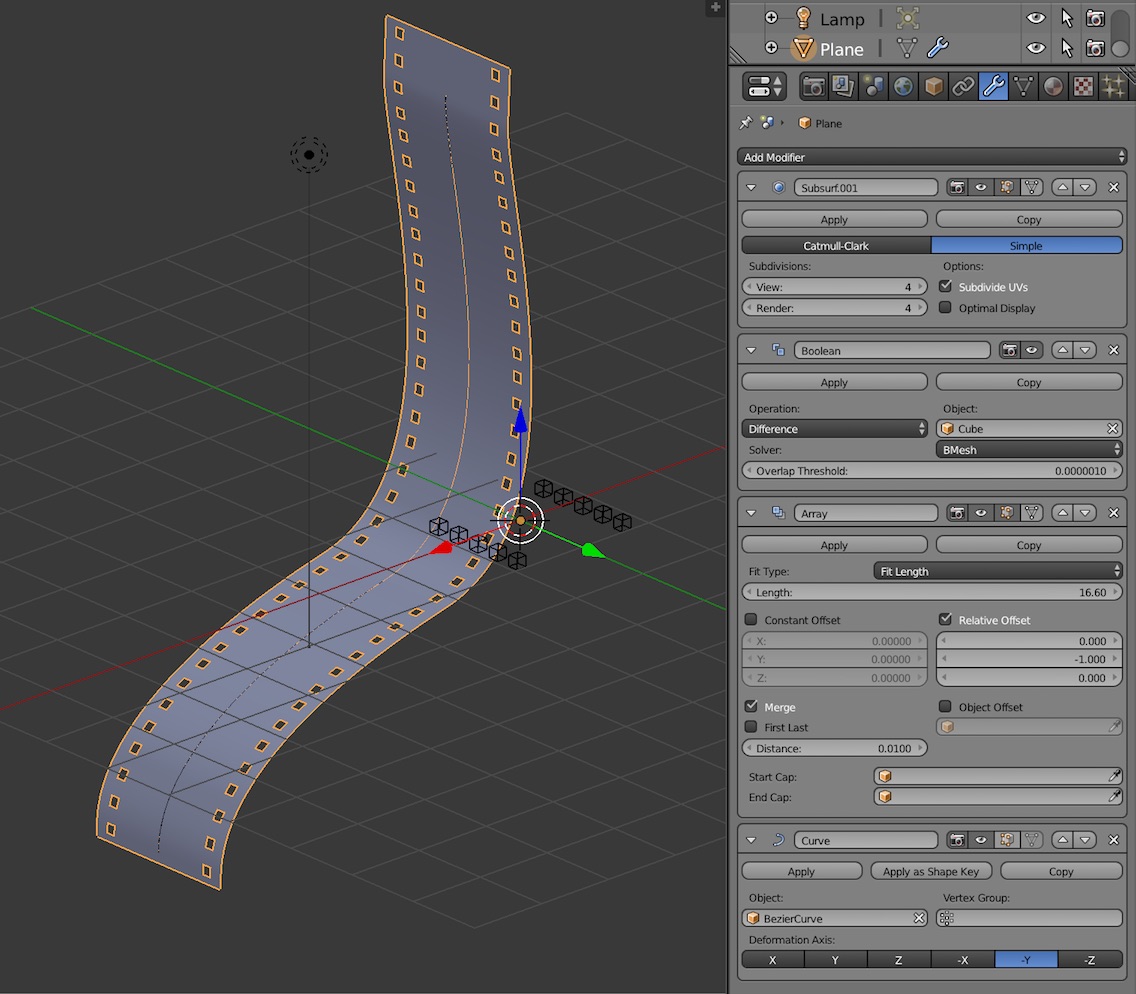 BEWARE! Down't rotate the curve in the normal Z direction (up) as this will cause the film strip to pinch along the side which it would not do. 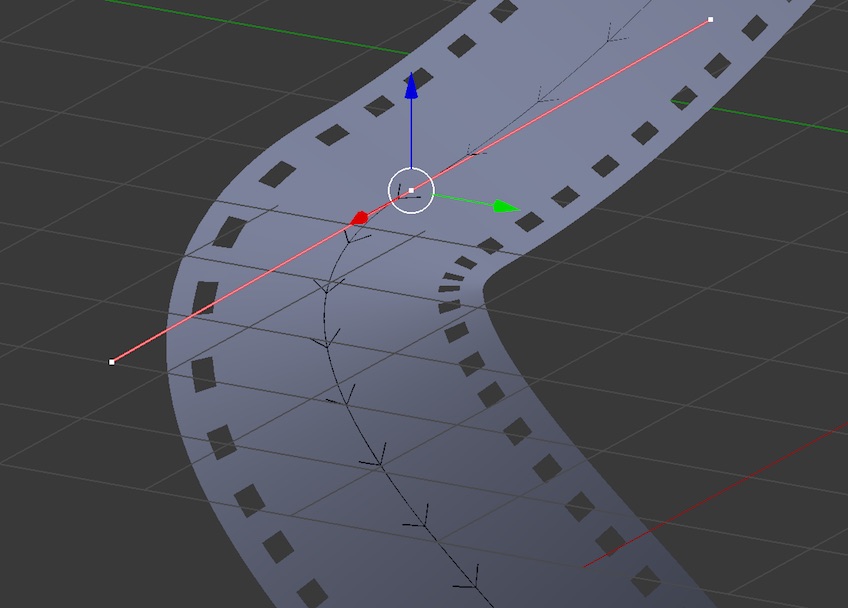 I would just use a cylinder to cut holes in a single film strip, and then use the array modifier to multiply that piece of film in a line. I don't know if this is what you're looking for, but hopefully it works.

Not the answer you're looking for? Browse other questions tagged modifiers path extrude or ask your own question.