I have problems with getting 3. and 4. working:

Create edges using the Create Edges Node from a list filled with the location of the source object and the locations of the instanced objects, then use the Splines From Edges node to create splines from the edges, output the splines and you will have the relationship lines. 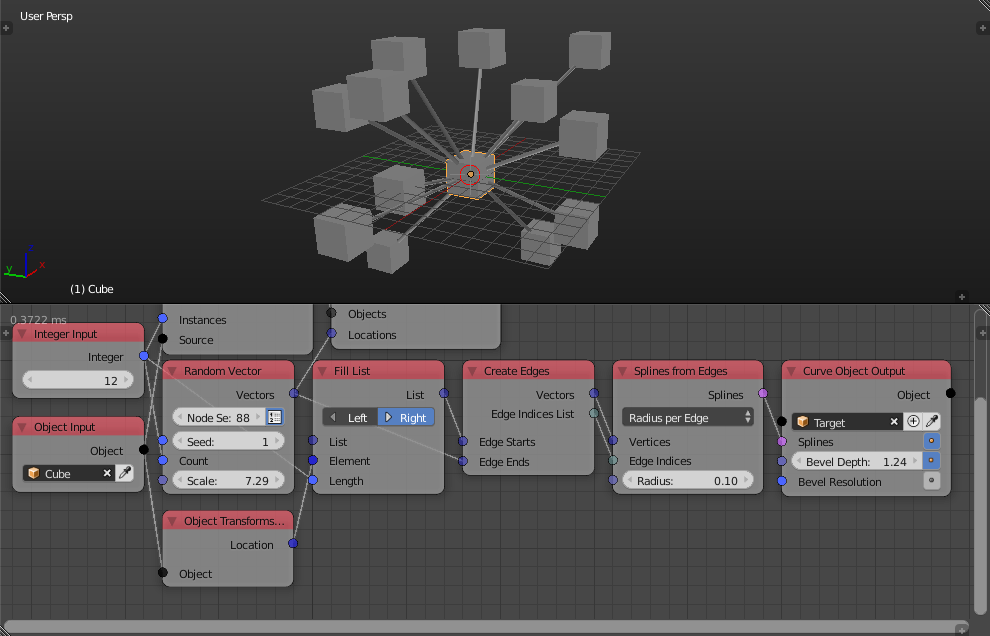 To understand why your values don't update, you have to understand how the Object Instancer Node works. By default (When only Copy From Source option is enabled) Animation Nodes create a number of empty objects equal to the number of instances and set their mesh to the mesh of the source object. Subsequently, non of the object properties (including modifiers and constraints) are retained, simply because object are created not copied. If Copy Full Object option is enabled, Animation Nodes will get the object's properties, modifiers and constraints from the source object and set them to the instances.

So, to edit the values on realtime, you have to do that manually using the Attribute Nodes, that is, get the value of the property of the source and set it to the instances. 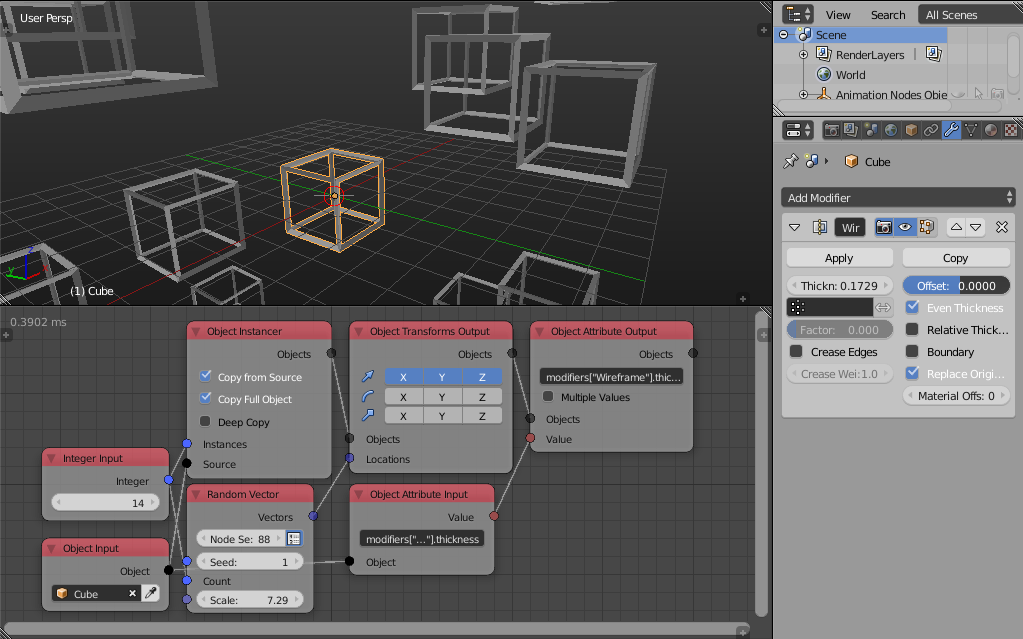 In the previous example, we set the thickness of the modifier modifiers["Wireframe"].thickness.

16
Animation Nodes Rubik's Cube
1
How can I access, edit, add and remove Metaballs in Edit Mode with Animation Nodes?
4
Animation Nodes: How to create splines from two different points in order to create procedural telegraph poles?
1
Using Wave Modifier instances in Animation node
0
How can I select object from collection and place it on spline from different collection THEN do it again until all splines are used?
3
Create a wooden floor from a set of textures
1
Geometry Nodes: How to align instances to rotation of base plane's normals?