Cut shapes off a surface

Is it possible to cut any shape on a nurbs surface? I tried to use boolean modifier in the image below but it appears an error... 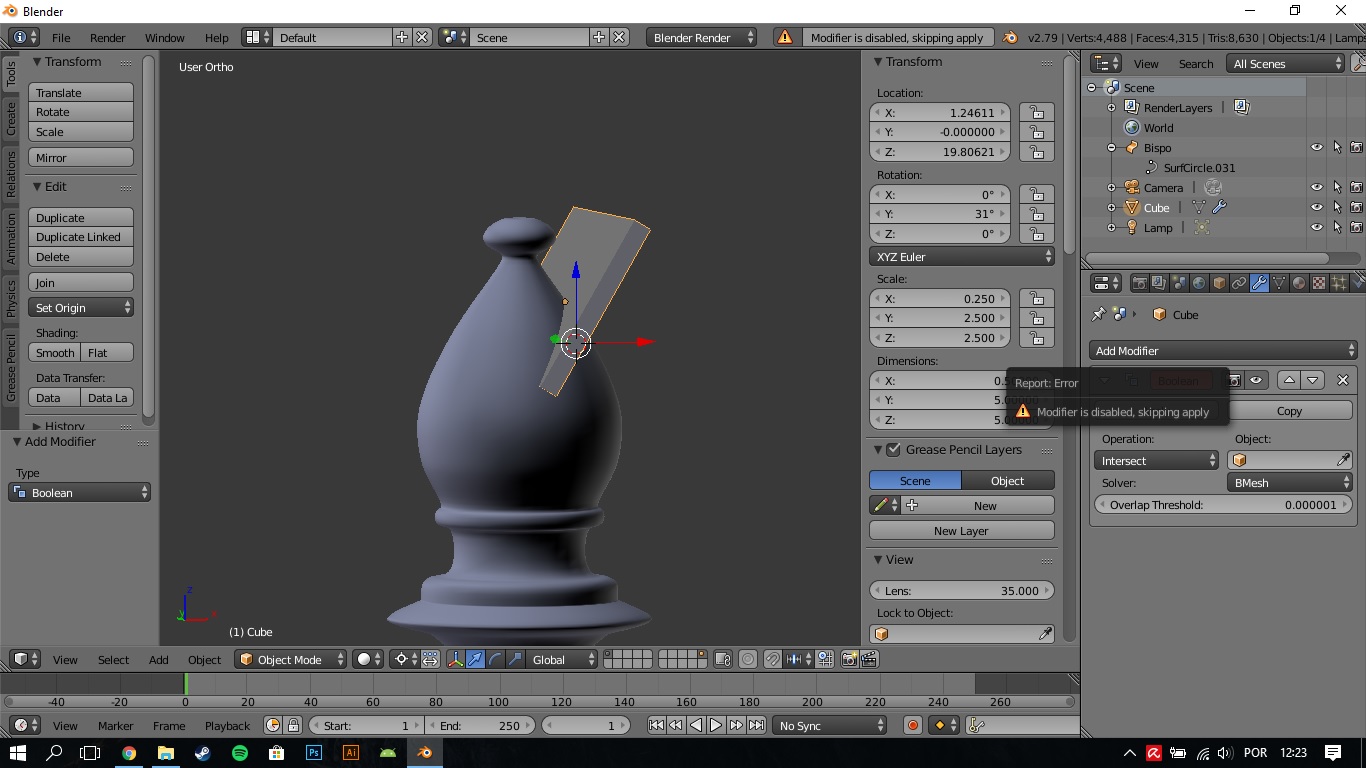 There are a bit of errors:

Then The modifier Should Work.

11
Cut mesh at intersection
1
Cutting Holes with Boolean Modifier Makes Subdivision Surface Impossible
0
Cut apart cube with text
2
Issue with subdivision surface
0
my boolean modifier isn't cutting into my shape correctly
7
How to fix boolean cut failures?
2
How To Cut A Sine Shape On A Cylinder
0
Why does boolean cut out some shapes and not others