This question follows from Constructing and bevelling a pie-slice

I'm trying to bring definition to the top edge of a solid geometric object. 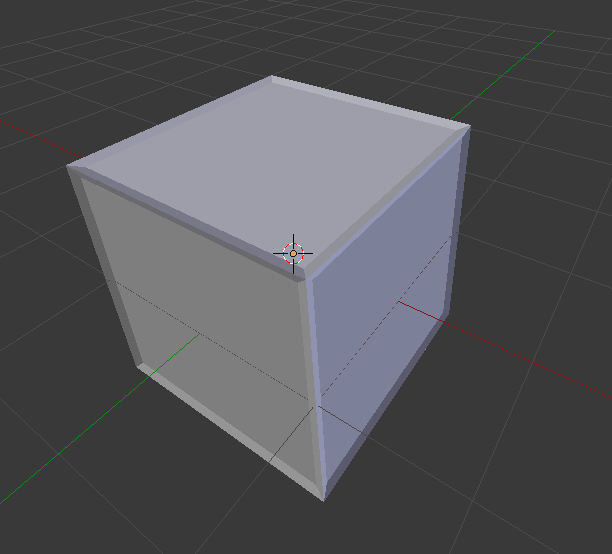 ... The important thing is that the edge is clearly defined, rather than exactly how it looks. So I'm interested in any technique for doing this. I'm focusing on this one because it's the only one I currently know how to do.

First I go into edit mode, edge-select, CTRL+RightClick to select an edgeloop, and create a vertex group:

Then I attempt to apply wireframe modifier:

As you can see, it doesn't work. However, if I try the same technique on a cube, it does work. (I've included the cube in the picture, although it isn't the best screenshot, sorry about that).

How to get this effect working?

And is there any other technique to bring the edges out? Could I somehow extrude a square/hexagon through that entire edge loop?

Someone on IRC suggested bézier + Bevel-object. I like the sound of this, but would I have to first create the curve, and then independently create an object for the border using bevel object, and then create the actual solid object by extruding the curve downwards?

One way to do this is by beveling, then extruding:

What I did in the gif:

Not the answer you're looking for? Browse other questions tagged modeling modifiers edges or ask your own question.

32
What is the fastest way to create a curved plane?
2
Constructing and bevelling a pie-slice
2
How to set edge bevel weights from a python script
5
Modeling a curve edge of a plane
33
Bevel specific edges
3
Cutting into cylinder
1
How to bevel a flat surface?
0
Multiple Holes On surface
6
Attempting to remove extra “edges” from truncated icosahedron lead to excessively global consequences
2
How can I create a round bevel for this area without creating artifacts?