I have a particular request:

In fact, I need to generate not only the "visible" depth map of an image, but also the "invisible" depth map. Those would consist in two point clouds that would act like a "mould" for my object.

Would it be possible to solve this with a Python script? Should I loop over each pixel and call the ray_casting function? I'm afraid it would take a long time to compute (I have many images to generate).

What functions would you use? Any help on how to code this is welcomed, I am Blender beginner.

python rendering scripting
Share
Improve this question
asked May 7 '18 at 16:52

Here is an example setup for rendering both front and back depth using red and blue channels with Blender Cycles.

We are rendering "depth" through Cycles emission that mixes with transparency so we can receive emission from the backfacing surface as well. In this setup the emission value is derived from world space Z-coordinate and orthographic camera is facing down. 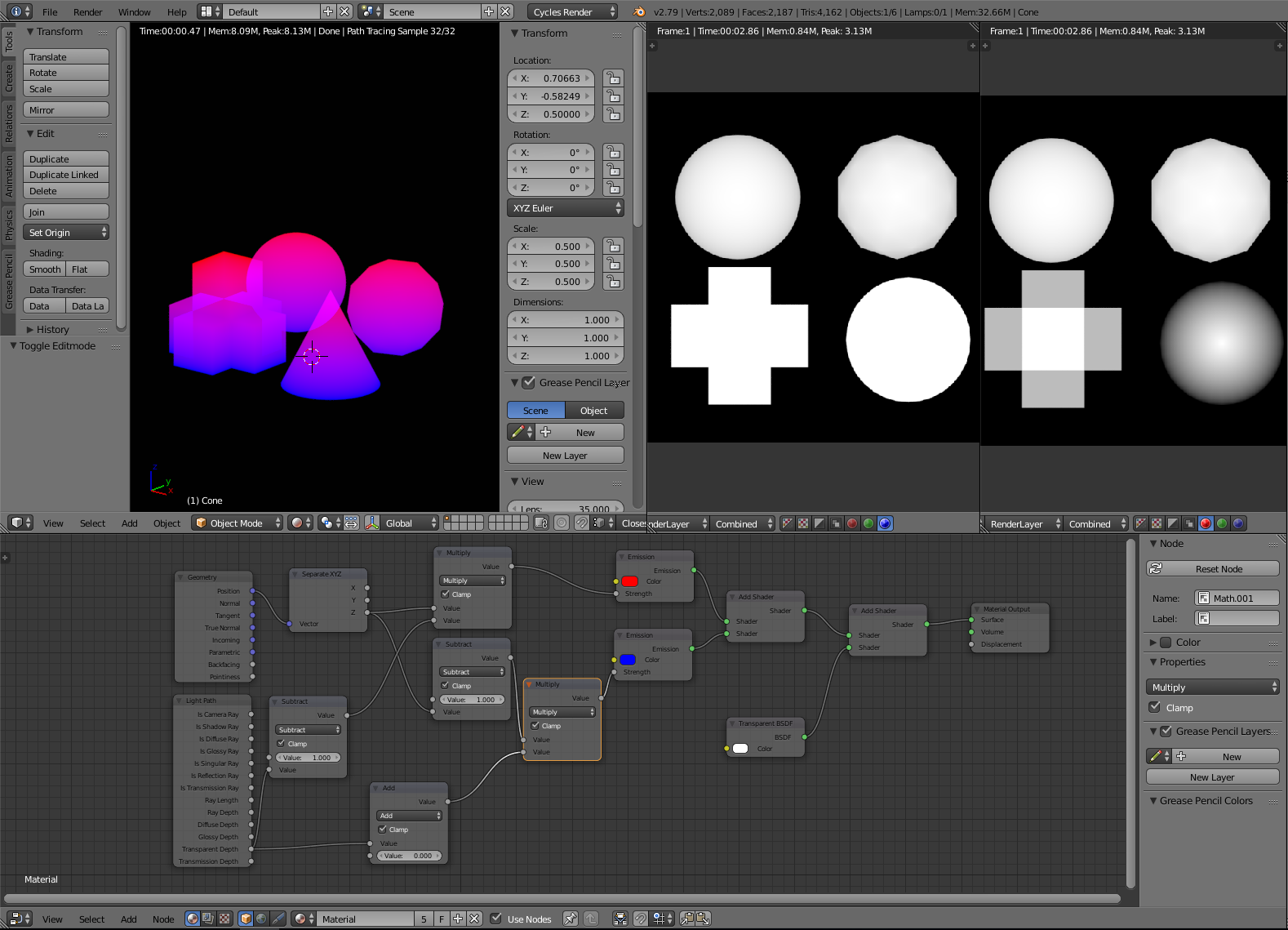 Red emission receives depth as is, so a face that has Z-coordinate of 0 is black and 1 is fully red. Red depth is multiplied by inverse of Transparent Depth so we are only receiving it from the front surfaces where the value is 0 and inverse is 1.

Blue emission receives inverse of depth, so a face that has Z-coordinate of 1 is black and 0 is fully blue. Blue depth is multiplied by the Transparent Depth so we are only receiving it from the backfacing surfaces where the value is 1.

I have used your solution below: 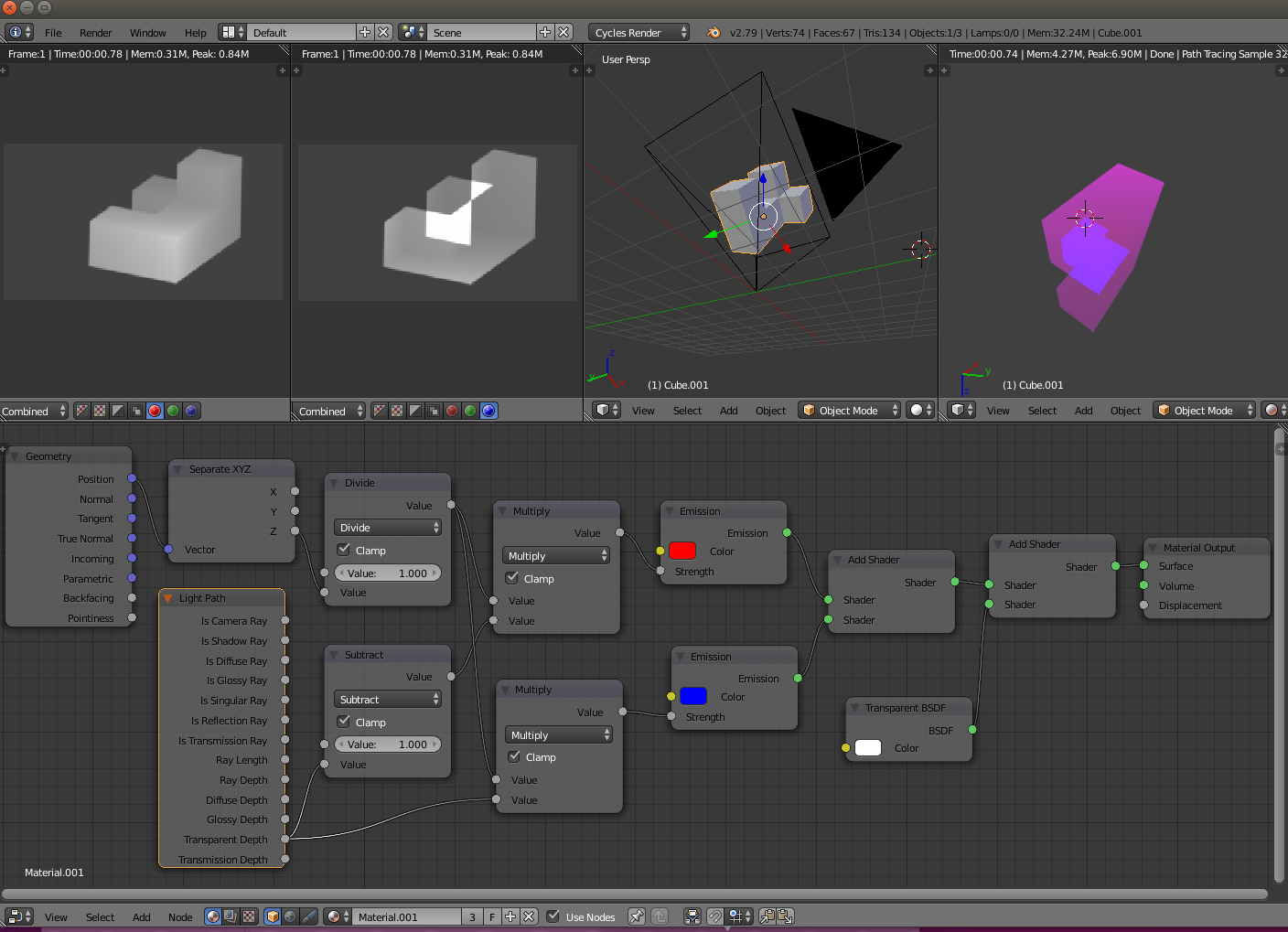 It works great but I get an issue when the solid in not convex (the rays enter and exit the solid several times). In this case the blue emissions of several surfaces add up and fake the result. For the blue emission, how could I just use the furthest surface and ignore the other ones?

2
Render points only if visible from another camera
1
How to project back rendered depth maps to recover the ground-truth 3D shape using Blender?
1
Uninterpretablity in depth maps: why the pixel values do not necessarily represent a valid distance?
2
Convert Cycles depth/z to distance to image plane
10
Calculating 3D world co-ordinates using depth map and camera intrinsics