Here is the obj that I'm trying to render (they represent charged particles) https://www.dropbox.com/s/e3w87d38pqizjzr/event000000000-tracks.obj?dl=0

Edit: just to be clear, these aren't arbitrary curved lines - they represent the output of a physics simulation so I need to render EXACTLY these lines.

Using the internal renderer I can chose the 'wire' material and this looks great. However the detector itself looks very messy with 'internal' and so I would prefer to use cycles, and here I'm completely stuck. This is NOT the wireframe view of a solid object - it's really just a bunch of lines and I just cannot work out how to get them to appear. Any hints?

For reference, I want to produce something similar to :

For an object to be visible in cycle it needs faces. Vertices and Edges will not render. There are many ways to do what you want.

One option is to use curve objects.

If you assign some bevel depth to a curve it will become like a thin string. Using an emission shader will make it glow on its own. 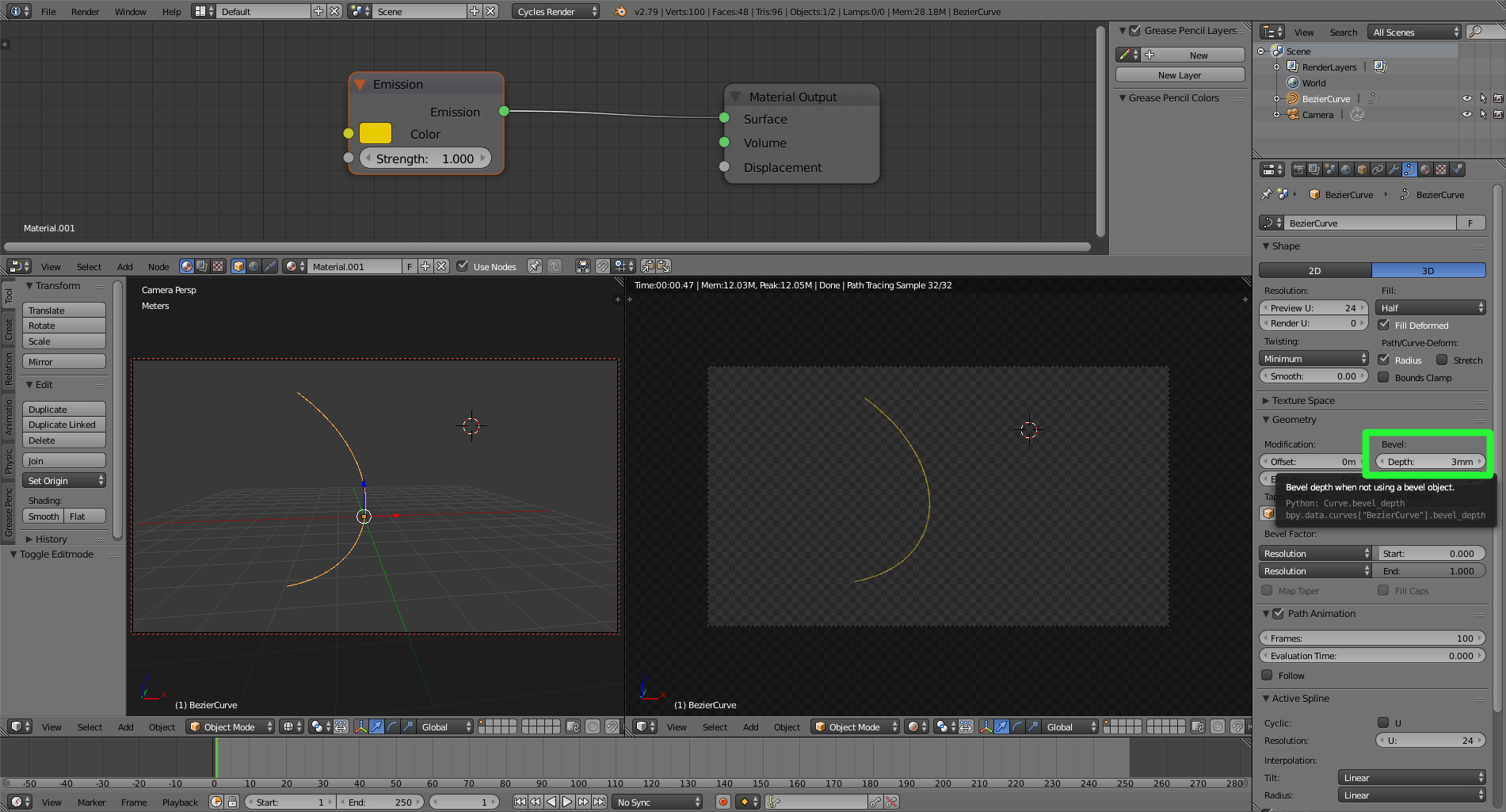 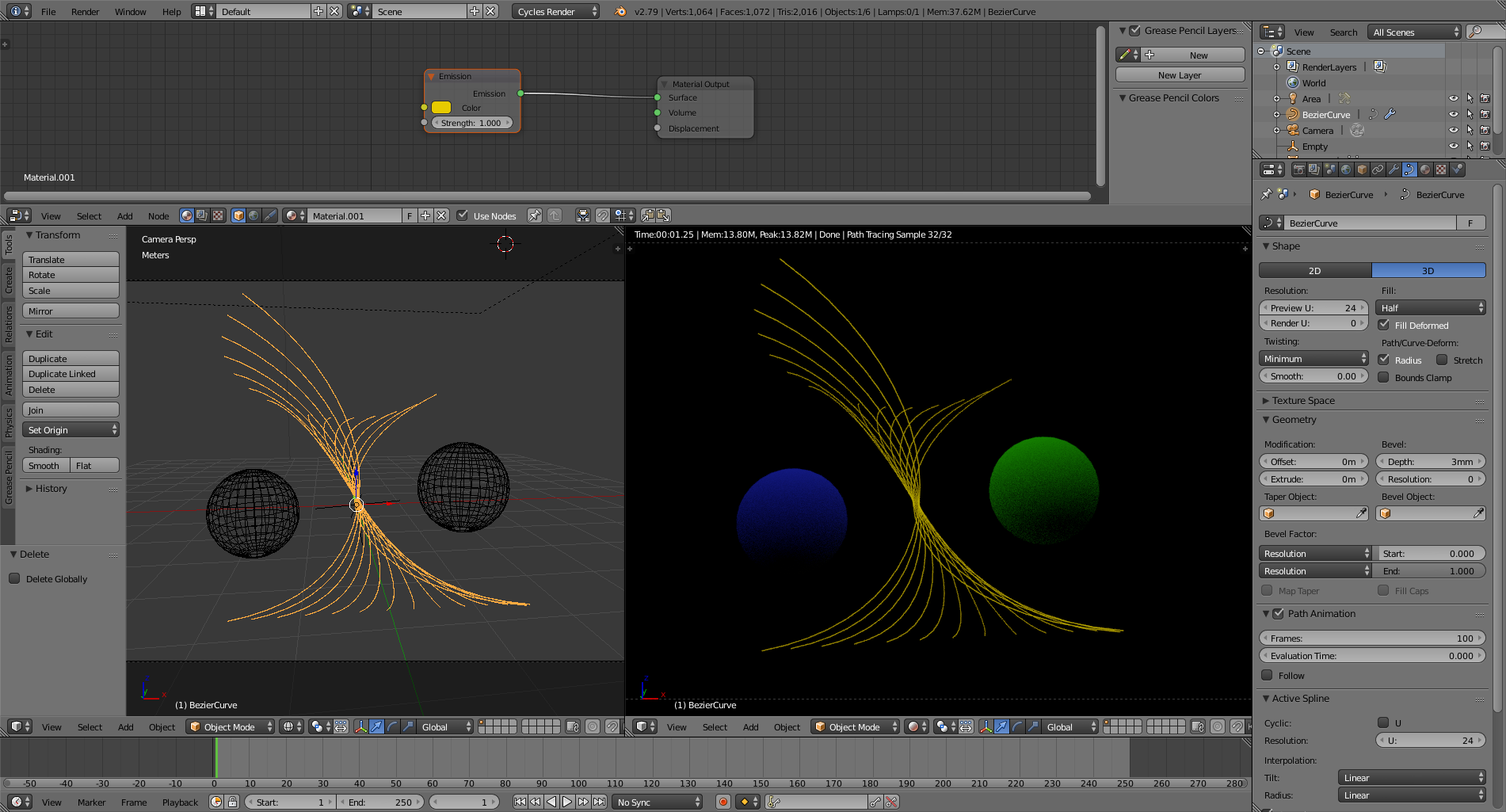 I would suggest using the BTrace addon.

It will create all those lines for you, they will be too thick or thin, so go to your curve settings and hold ALT with all the lines selected and you can change the thickness of all of them at once. 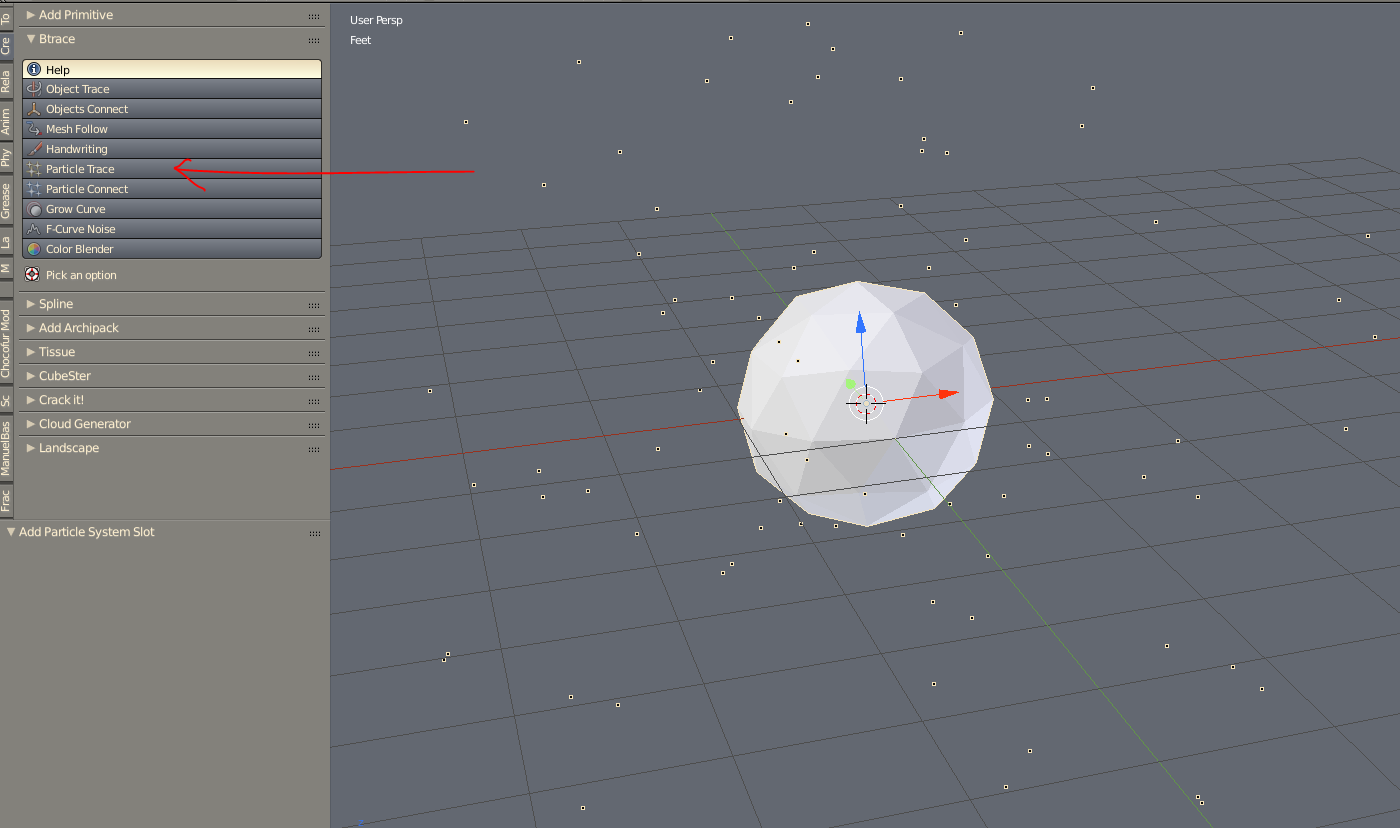 Although this thread is now wildly out of date, I was looking for an answer to the same question but for a different purpose and so thought I'd post my solution. What worked for me was as follows-

Build the lines you want rendered as a mesh containing just the wires, no faces. Select the object in object mode. Click on Object|Convert to Grease Pencil. The resulting grease pencil object will now render as a 3D object.

Not the answer you're looking for? Browse other questions tagged cycles-render-engine rendering wireframe or ask your own question.

20
How can I render an edge only mesh as solid lines?
9
Render a wireframe with equal thickness in Cycles?
2
Where do my rendering artifacts come from?
15
How to render as only wireframe in Cycles?
2
Black lines/shadow in Cycles f12 render but not in viewport render?
0
How to obtain a simple and effective rendering without having to create a complex material?
4
Cycles render time increases drastically upon adding simple planar backdrop