Object not showing up in final render when using compositor

Raw Blender newbie here, trying to make a lightning bolt effect above a plane. I followed the tutorial here to make a glowing effect on a jagged bezier curve, which looks pretty good. However, when I do my final render, the plane at the bottom of the layer does not get rendered.

The material of the plane has a pass index of 0, so the compositing effects you see are obviously not applied to that plane. Clearly I am misunderstanding the compositor because I thought that wiring the Image from the first node into the Alpha over node would combine the two images, but the final render only shows the lightning bolt without the ground, as shown below.

Can someone suggest to me how I can get the ground to render along with the lightning bolt? I am happy to provide additional information if needed, but I think the screenshot below is pretty comprehensive and there isn't much more to the project. 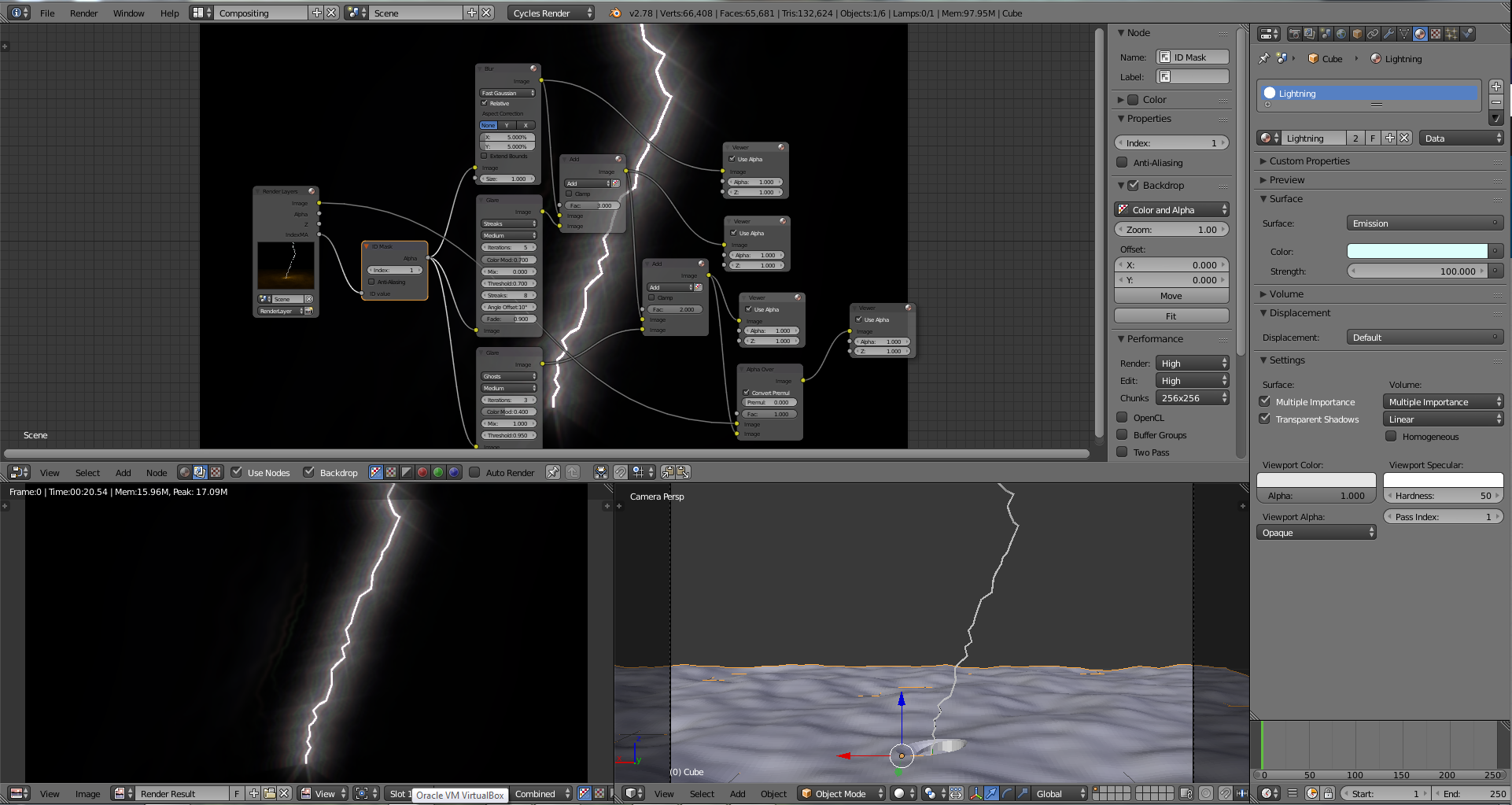 An Add node was needed to bing the rest of the objects into the scene:

Not the answer you're looking for? Browse other questions tagged cycles-render-engine rendering nodes compositor or ask your own question.

25
Why does my object not show up?