Can an edge be solidified?

An object consists of a single edge (two vertices). How can it be made visible when rendering? In other words, how can it be "solidified"?

edit-mode edges
Share
Improve this question
asked May 2 '18 at 9:32

Used a lot in combination with the subdivision surface modifier to generate a base mesh to sculpt on. It also has an option to generate a rig to modify the 'pose' in a later stage. 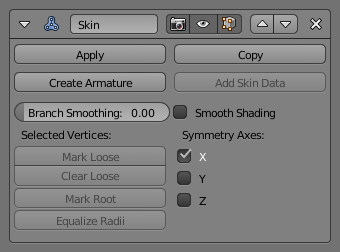 The options in the modifier's panel are the closes to the Bevel modifier. This does the job, but personally I think you have less control over the generated volume. 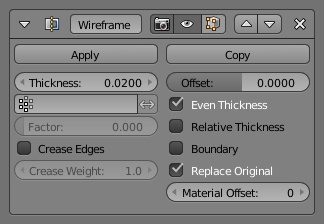 Not the answer you're looking for? Browse other questions tagged edit-mode edges or ask your own question.

6
Edit face triangulation without actually adding edge
4
Can a local axis be aligned with an edge?
7
How to merge a vertex to an edge?
2
How can edge loops move independently and stay connected?
1
Connect edge with perpendicular edge
0
How do I Bevel an Edge within an Edge?
0
How to reconnect/extend edge loop
0
How can I get a vertex count for an edge loop in Python for Blender 2.8?
0
How Can I Select A Single Edge Among Linked Duplicates?