Hopefully I'm asking this question correctly. Essentially I would like to animate a scene (baseball player hitting ball), add motion blur, and then animate a camera rotating around the player, but with only the ball blurred. In the final video composition, I want the motion blur applied to the ball to not be affected by the movement of the camera, but just the movement of the ball.

I want to capture this as if it were a still movement of an action scene, not something in motion. So I don't want the ball to actually move in the animation, just look blurred.

In real life I think you would stage a bunch of cameras around the scene and take a photo with all of them at the exact same moment, so when you string them together it looks like the camera is rotating around a single moment in time.

What would be the best way to pull off something like this?

camera blur motion-blur
Share
Improve this question
asked May 1 '18 at 4:04

You can make a fake blur by distorting you key moving object. In this example I have used a lattice to bend the ball 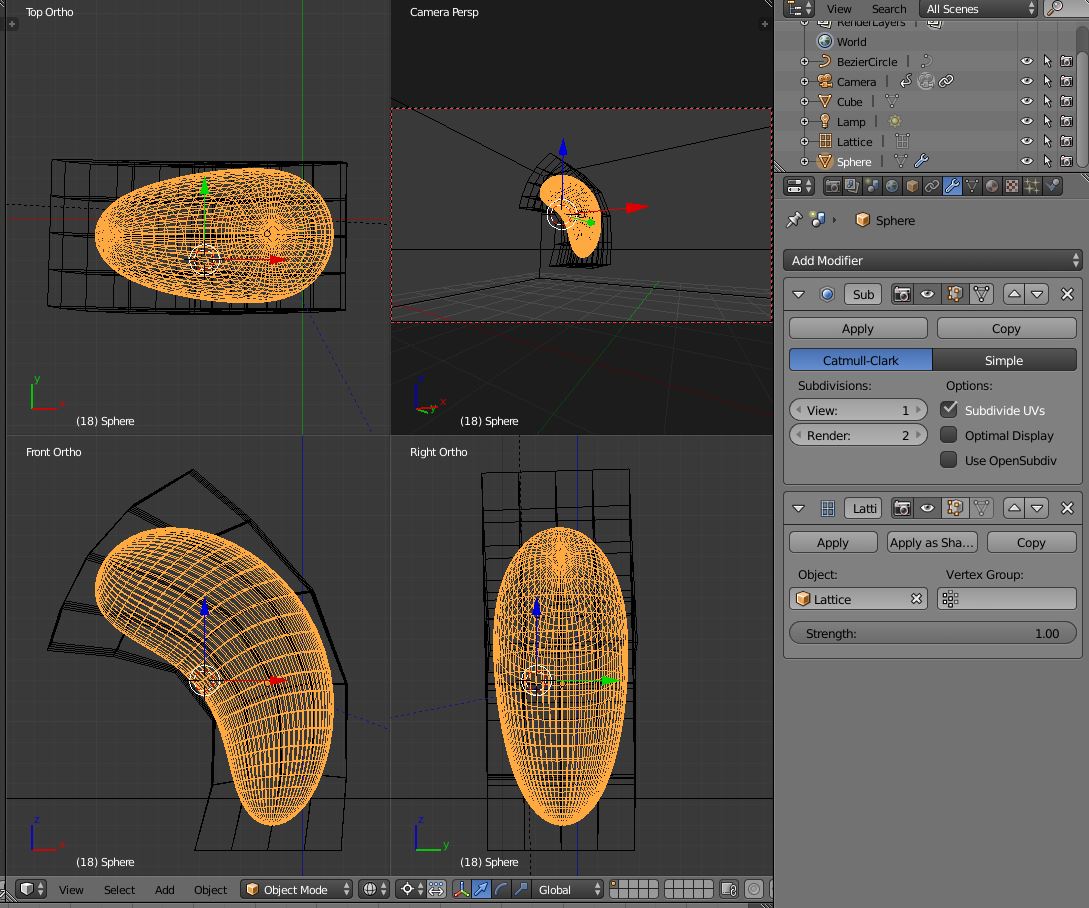 Then modify your material with a graduated blend texture, to make the ball transparent at the end of its fake motion.

Then your blur will cast the right shadow in 3D space, while a vector blur would not. 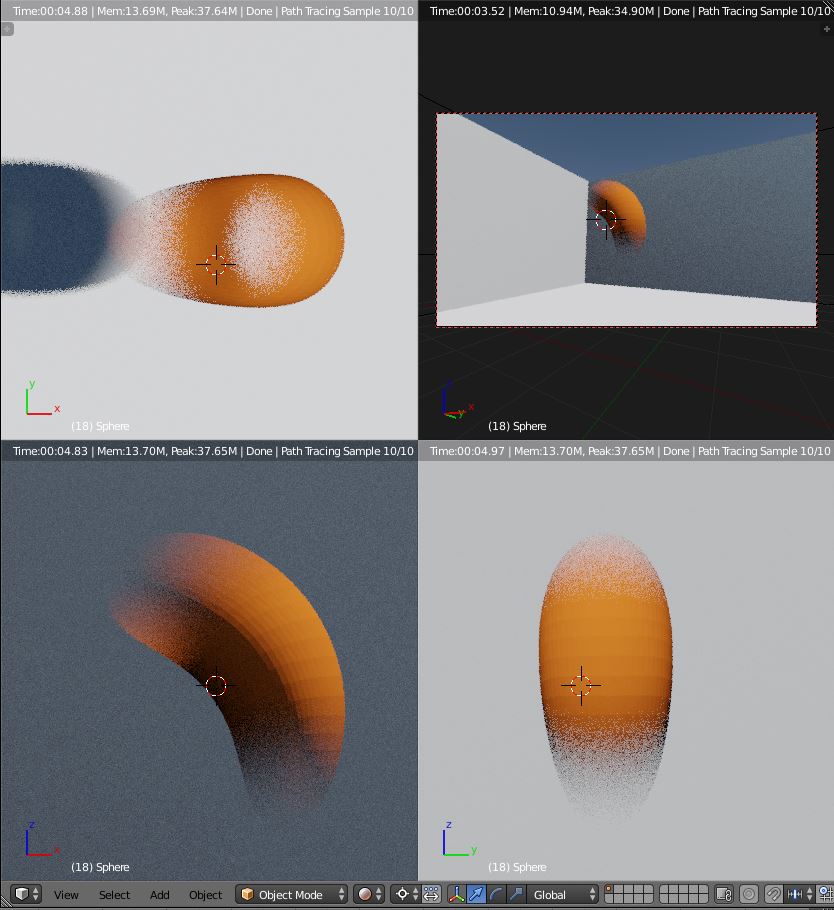 In order to 'fill in' the centre of the blurred ball you can add a Volumetric shader - similar to rendering smoke - using the same 'Factor' used to mix between the Diffuse and Transparent shaders to drive the Density. 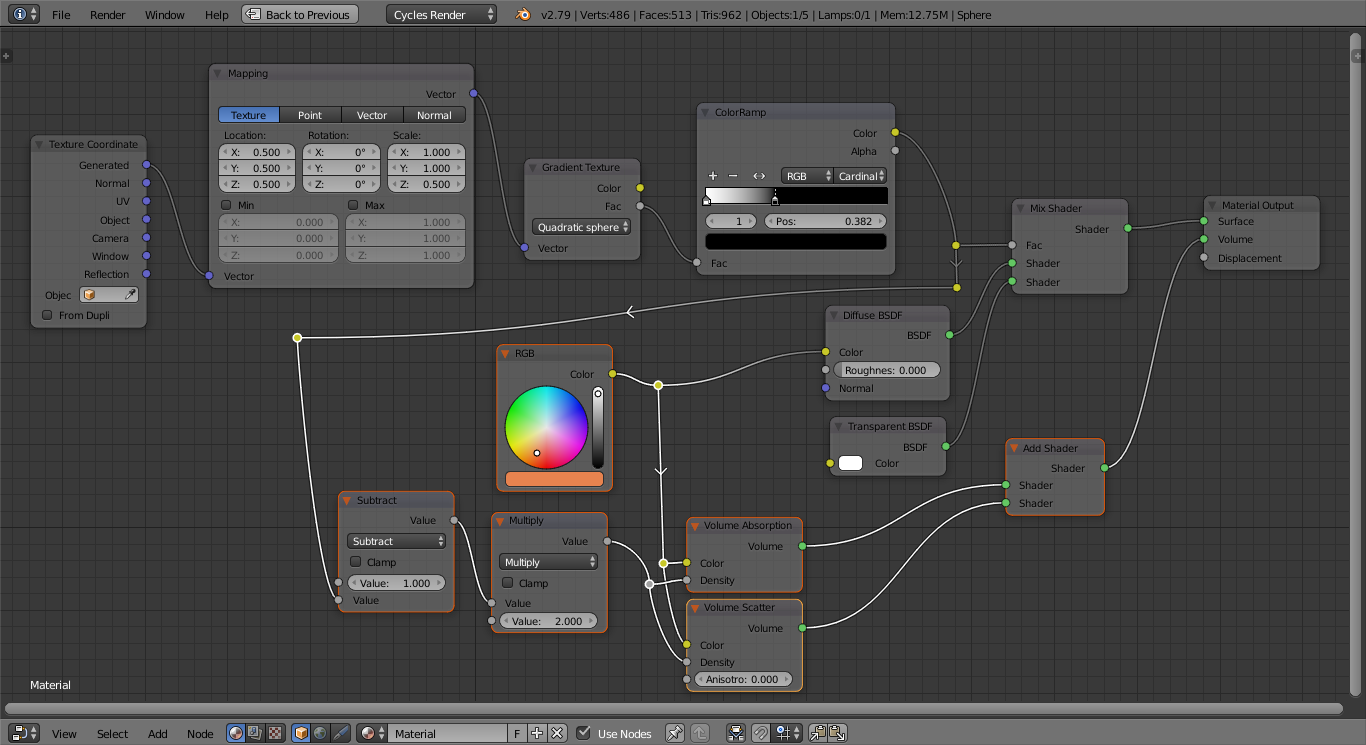 Maths nodes are used to manipulate the 'mix' factor to generate the Density and an RGB node can be used to ensure the same color us used for the Diffuse and the Volumetrics.

Increase the Render properties Light Path Volume bounces to 3 or 4 and this should produce the following results : 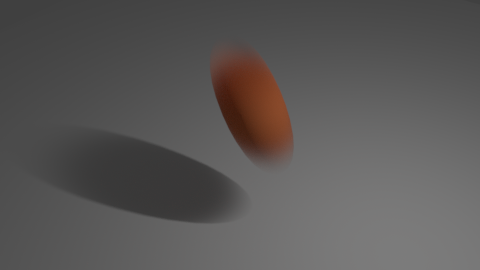 Not the answer you're looking for? Browse other questions tagged camera blur motion-blur or ask your own question.