I'd like to know how exactly to use the new bevel node in Blender 2.79b. It's in the manual now, but I've not yet been able to even locate it. How exactly do you use it?

First of all, the bevel node is only available in the development version of Blender. It is not in 2.79b, the manual just contains docs pre-written in anticipation of 2.8. You can download a build of this at builder.blender.org, but be aware these are development builds, not finished releases. However, at the time of this writing, the "master" branch contains only non-invasive changes eventually planned for Blender 2.8. THERE IS A PLAN TO COMBINE THE "MASTER" AND "BLENDER 2.8" BRANCHES IN THE FUTURE. While the "master" nightlies currently offer 2.79 with some extra Cycles functionality, that will not be the case forever.

So assuming that merge hasn't happened yet, or you're reading this in the future when 2.8 has a stable release, the bevel node is located under Add Node > Input > Bevel. The bevel node modifies the mesh normal along mesh edges to approximate a smooth edge. This does not modify the underlying geometry and can even bevel between intersecting meshes, so long as they are all a single object: 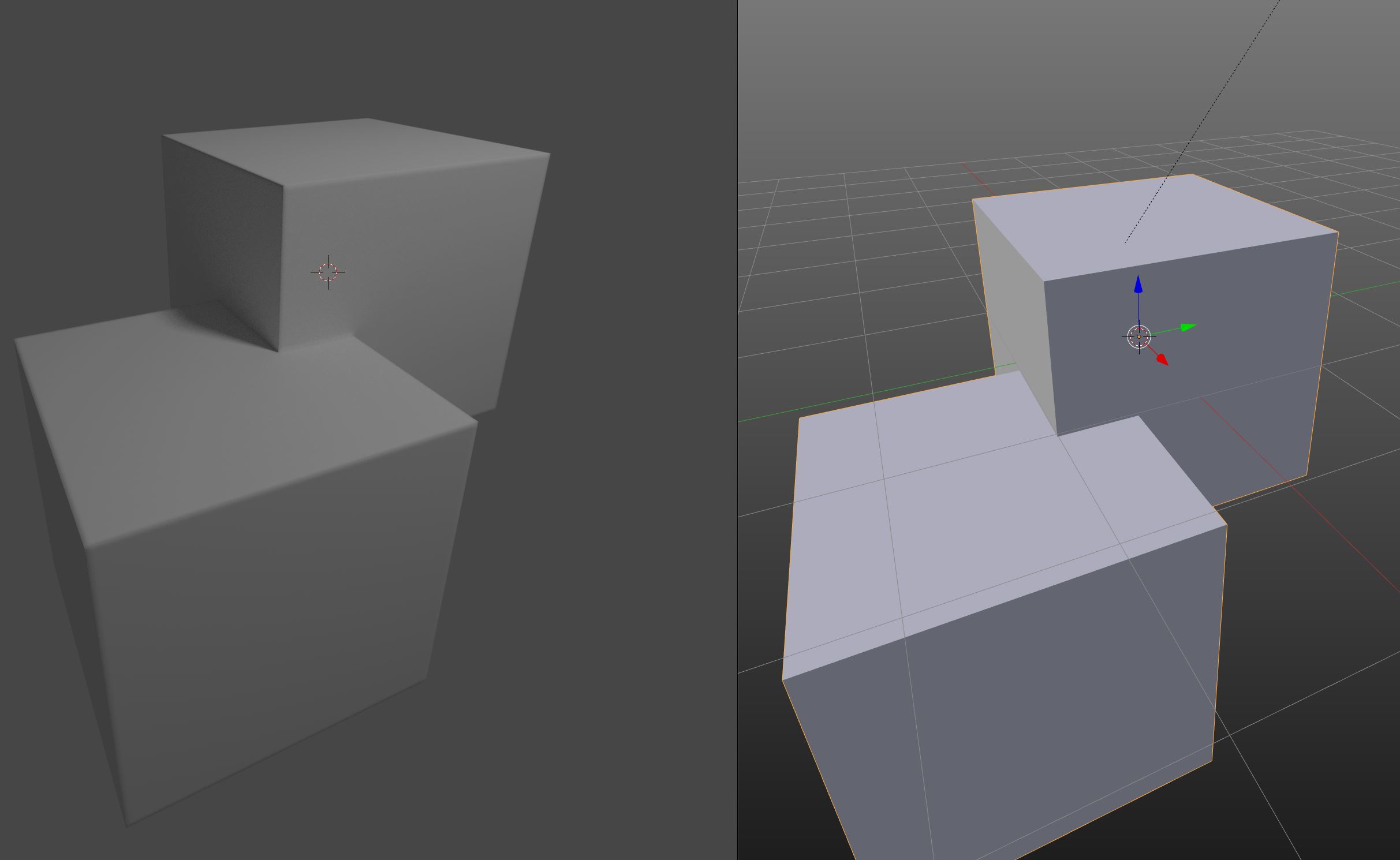 (for performance reasons, it will not bevel intersections between separate objects)

The "radius" control adjusts the width of the bevel (it is a world-space distance in meters, same as the bevel modifier when in "width" mode). The "samples" control adjusts how many rays are traced to find nearby edges. More samples reduces the noise in the bevel effect at the cost of reducing performance.

The bevel effect is a essentially a procedural normal map, so it comes with all the limitations of bump/normal maps vs actual geometry. This answer about bump vs displacement maps has some examples: What is the difference between the displace socket and a bump map?

The bevel node can also be used as a simple curvature/edge detect shader by taking the cross product of its output and the mesh normal.

This is vaguely similar to the "pointiness" effect. However, it is calculated per-shading-sample rather than per-vertex, meaning it is "infinite" resolution regardless of the underlying mesh. This may be useful in some cases. It has a much steeper performance cost than pointiness, however.

0
bevel shader not appearing in 2.79 on Mac
33
What is the difference between the displace socket and a bump map?

5
Is there a caveat to using drivers on node properties?
1
How to use Node Editor for the Video Sequencer?
18
How is the vector transform node used?
2
How can I remove a node group from my startup file?
0
Bevel node, baking normal map problem