I try to use the first and second modifier in the key sensor, but I can't find more information or examples of this, example

somebody can make a example of this, please

PLEASE IN LOGIC BRICKS thanks 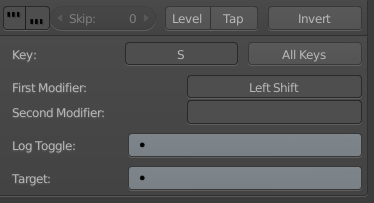 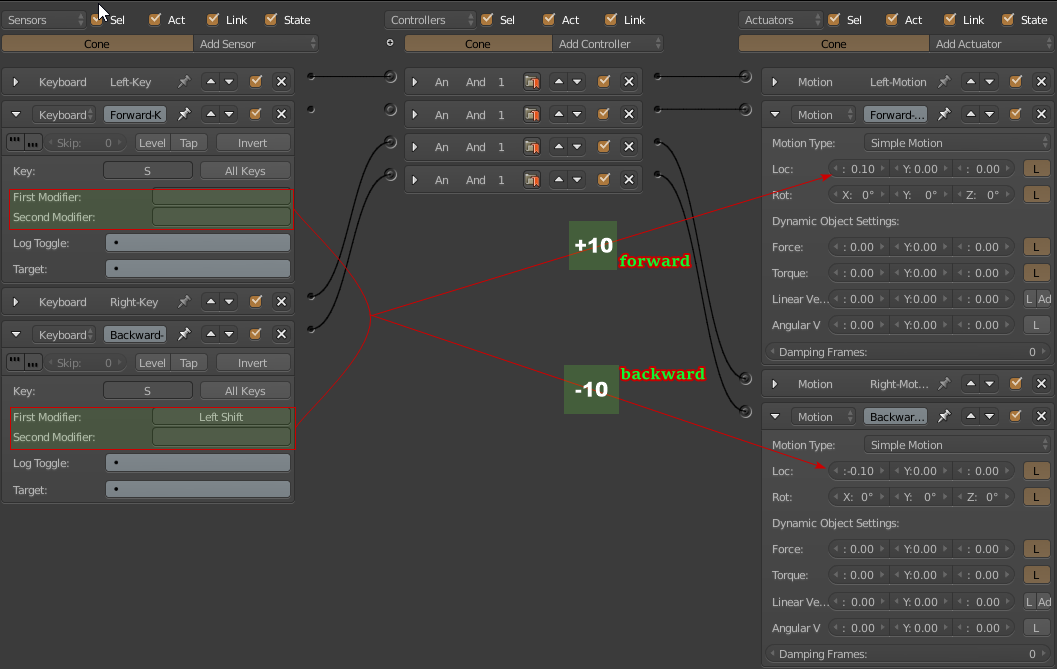 The keyboard sensors allow to sense up to three keys being pressed at the same time.

It is the same behavior as three keyboard sensor's connected to a single AND controller.

There are some things to know about: - Keyboards can deal with 3 pressed keys -> but more keys might not sensed (this is an hardware/OS issue) - Keyboard sensors sensing one of the (already sensed) keys will still measure the single key press. It will not automatically ignore the single key because a modifier of another keyboard sensor is pressed.

When you want to deal with + and differently you need to describe it explicitly:

The first condition can be sensed with the modifiers as you do already. Alternative you can use two keyboard sensors with AND. 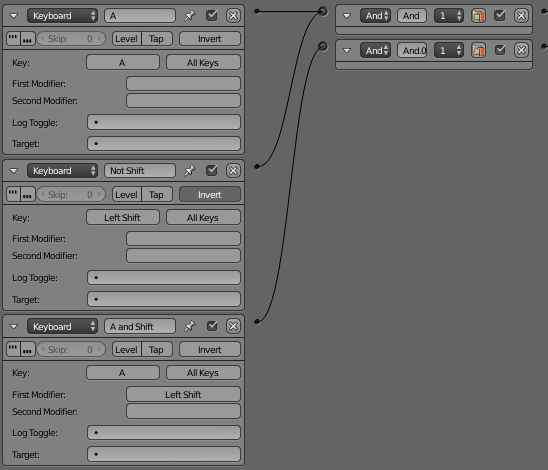 combined with expression controller: "A and not Shift"

The last option can be used to reduce the number of involved sensors: 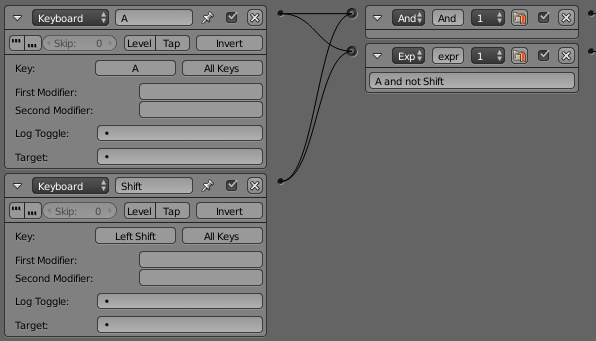