Selecting the other side of the object in a boolean operation

I am trying to cut an object using a plane into two objects. I am using difference boolean modifier. How can I tell Blender which part I want and which part I don't want? I have no control on which part should remain after the boolean operation. Could someone help me on this?

Update: (for better illustration of the question). For example, let's say we have a cube which is cut by a plane. How can I selectively specify which part of the following cube should be removed after the boolean operation on the cube and the plane? For example, how can I remove part (1) of the cube instead of part (2)? I am trying to be able to tell Blender remove the part which I don't want.

I should say that the boolean modifier works perfectly with the plane being the cutter my object is splitted into a correct mesh. I would like to only be able to remove the other remaining object. 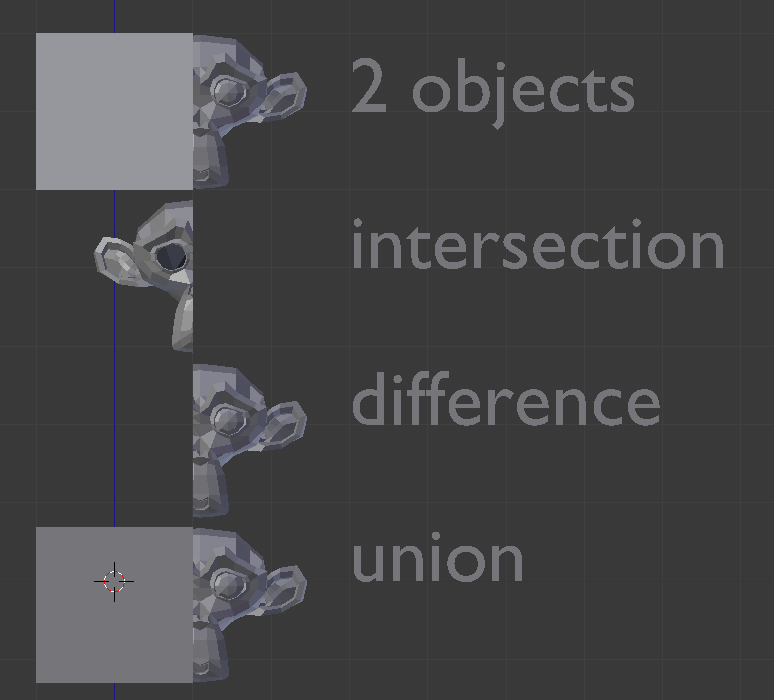 BTW: notice the eye missing in the intersection case? The boolean modifier works on the object's volumes, but the monkey head is not a closed mesh, so the volume is not really defined. This may cause problems in some cases, so be aware of that.
EDIT: And as @stacker mentioned in the comments, since the boolean modifier works on the volume of the objects it might not work properly with a plane, at least when the edge of the plane is inside the volume of the other object.

UPDATE There is no way to tell blender that it should take the other side of the object when using the boolean modifier set to Difference, since this is just the way the difference of two sets is defined: The difference of the sets A and B A\B are all points in A that are not in B. What points are in B is defined by the normal of your cutting plane; The normal points to the outside.
If you want the other half of the cube you have to flip the normal of the plane or set the boolean modifier to Intersect. The intersection of two sets A and B A^B is all points in A that are also in B. This is exactly the opposite of the difference. 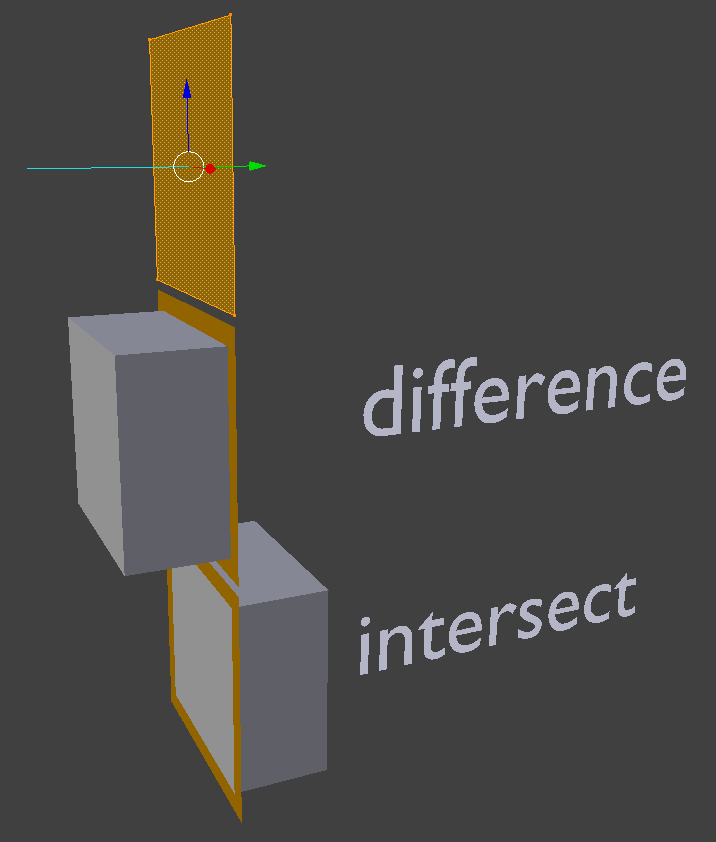 0
How to use boolean intersect with two plans and the mirror modifier
1
boolean modifier fills up the intersection area
0
Boolean operation BUG?
0
How do I stop the object I used as part of a boolean from rendering?
0
Boolean Modifyer dissapears if I delete object
2
weird artifacts when doing Boolean operation