I am doing a Blender tutorial from Blender Guru on How to Build a City (https://www.youtube.com/watch?v=XCEN0qQOsIA) and I'm around the 30 minute mark where you insert your buildings as a group particle system. Many problems arised once I did so, for starters the buildings were emitting the wrong side of the plane (through the bottom), I fixed this. The buildings were also still overlapping even after I unchecked random, I fixed that as well. Now there's only one problem I can't seem to fix. The particle system of the buildings is emitting the proper way (upwards out of the plane), but they are still upside down (on themselves). Picture down below (first picture shows the top, where the entrance is, the second pic shows the roof with all the addded details on the plane that I'm emitting my particles from): 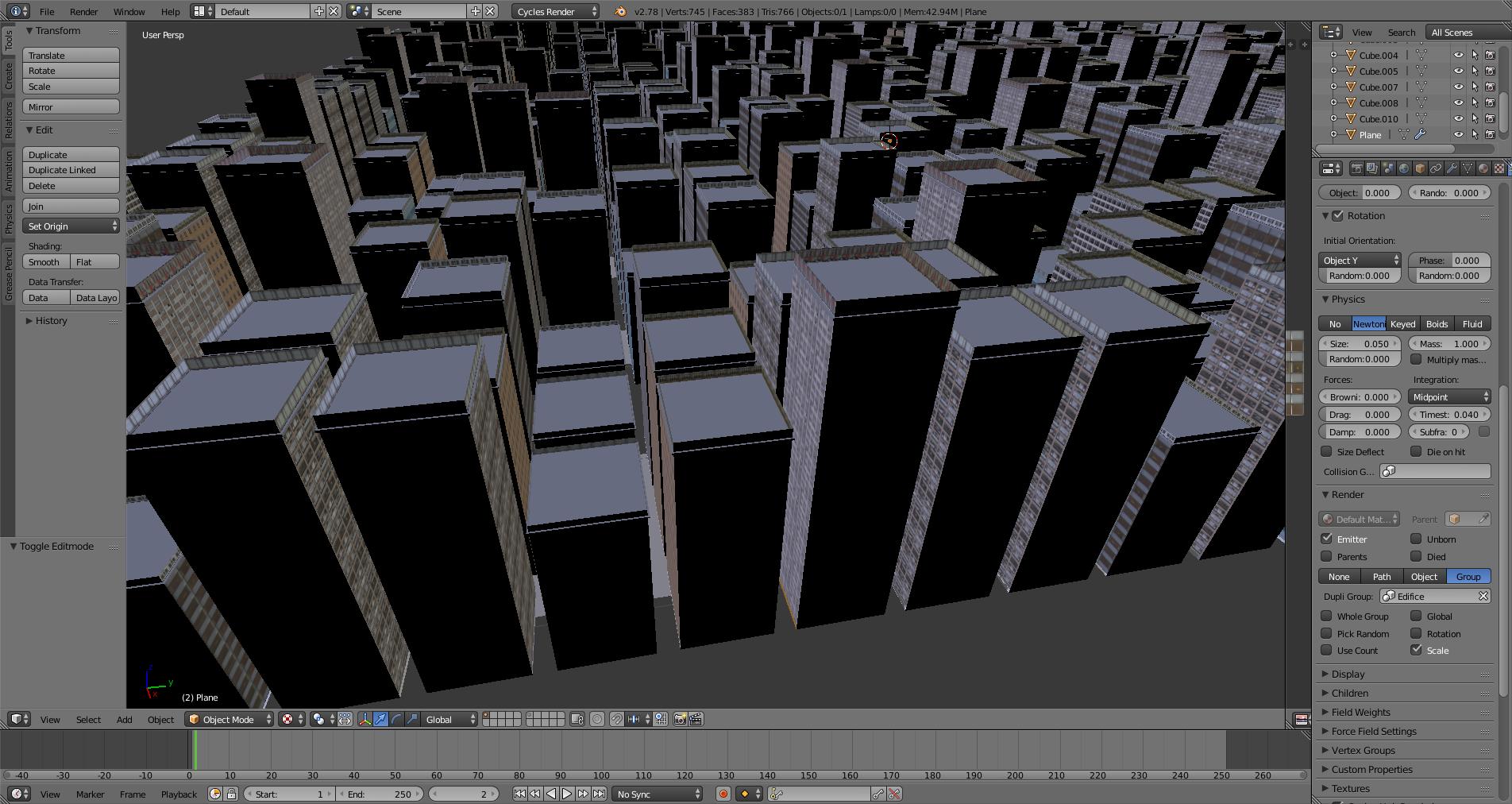 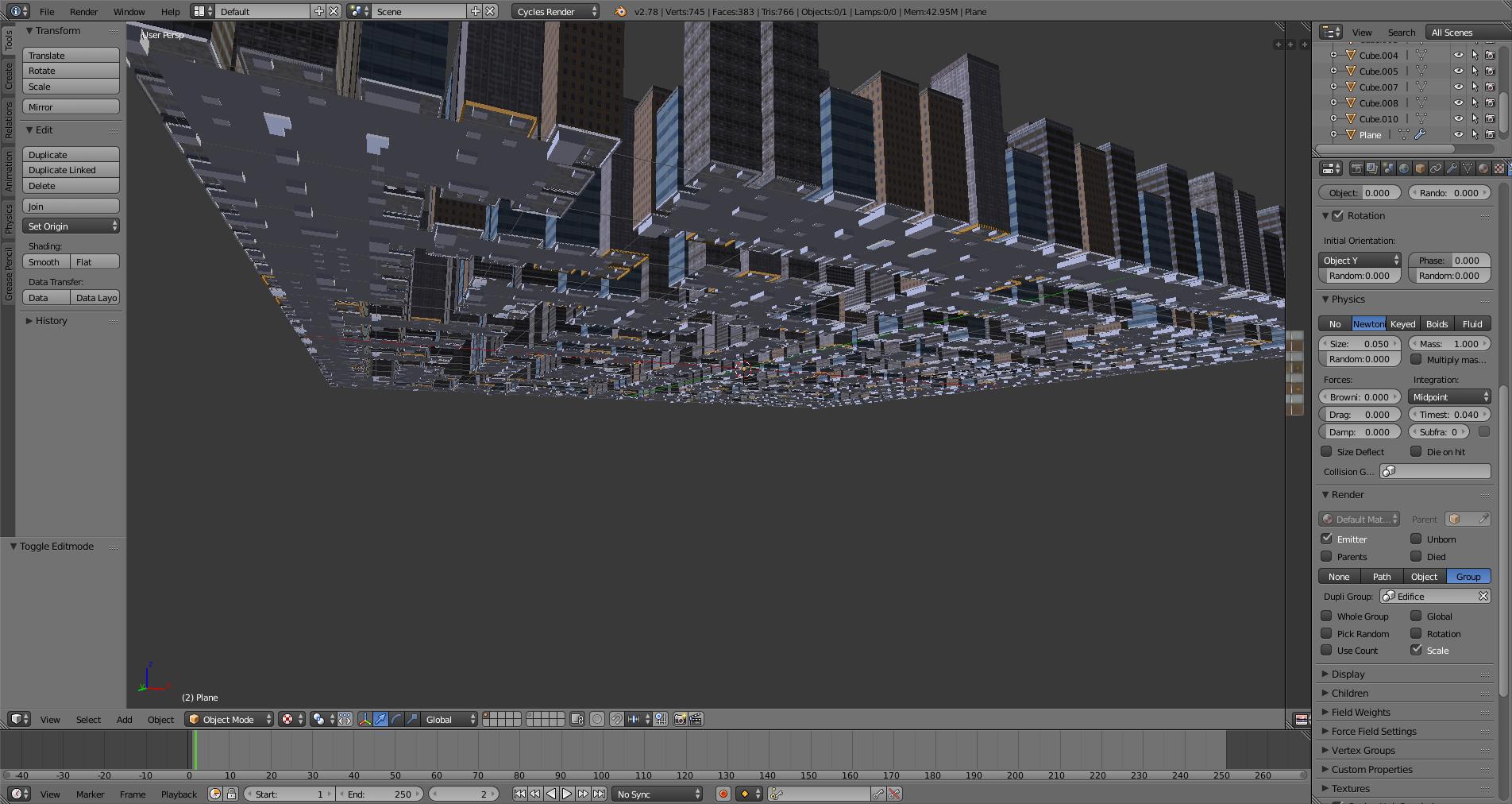 I've tried messing around with the majority of the particle settings but an't seem tto figure it out, the closest thing I could get was under the rotation tab and messing with the phase, but thiss turns the particles around the plane, not on itself. Any help would be appreciated! Thanks!

Ok I took a look at your file, You had to fix the rotation of two things.

You need to do this to every building in the group. 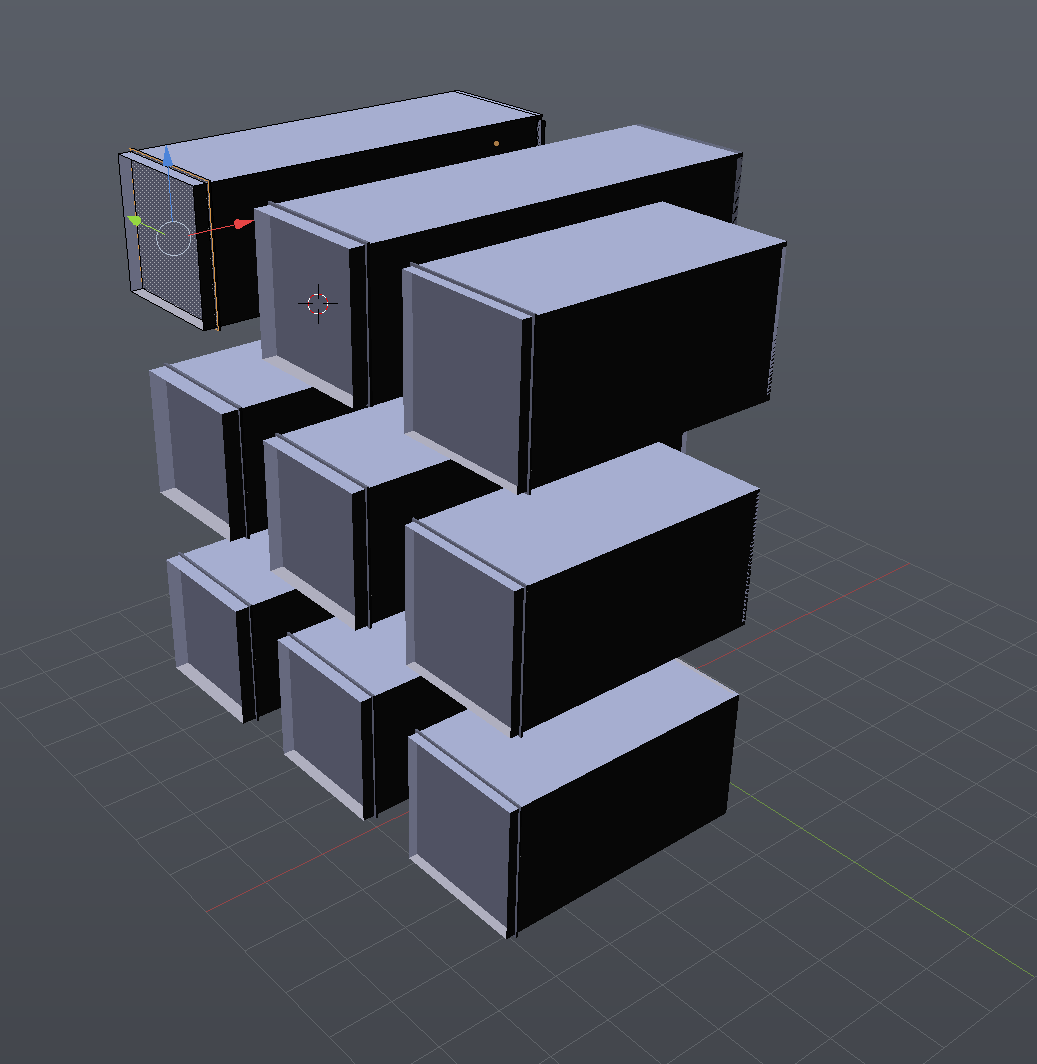 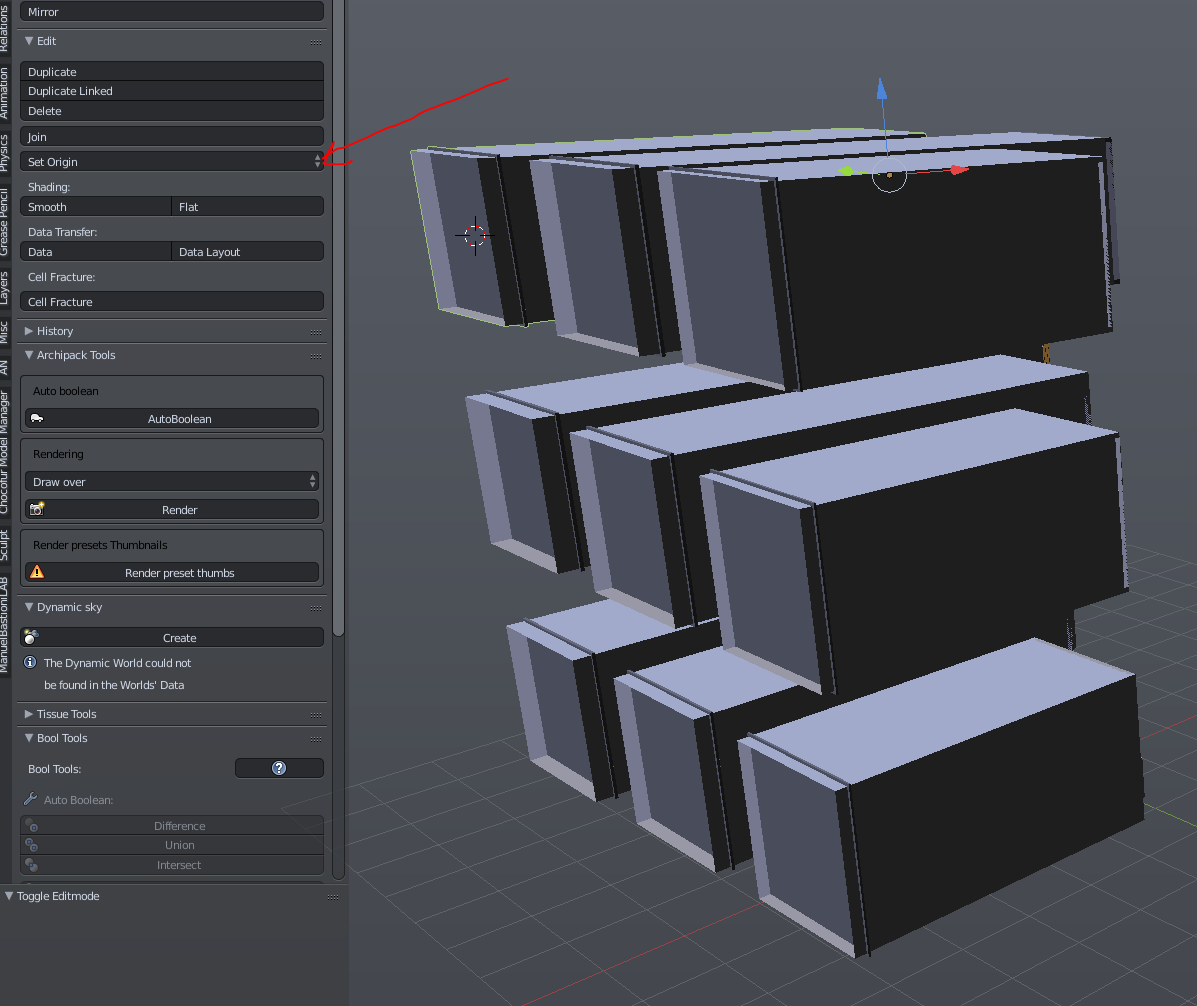 Or you can just use the fixed blend file.

Not the answer you're looking for? Browse other questions tagged rendering particles workflow editing or ask your own question.

22
How to turn particle emission on/off?
3
Hairs of particle system on wrong places
1
Why are Emitted Particle Objects Not Oriented Correctly?
0
How to contain particles within object?