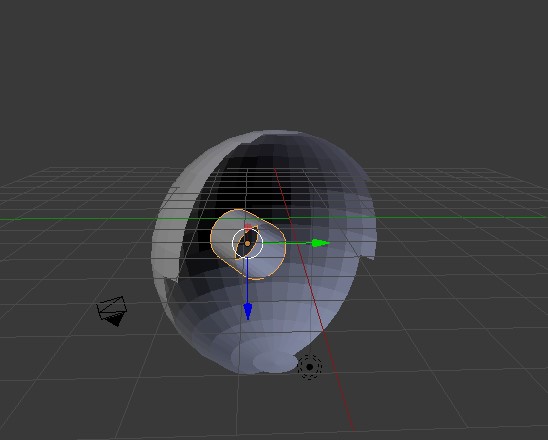 I want to connect the cylinder to the half-sphere without changing their positions (they are separate objects with space between them). In reality the half-sphere and cylinder have a lot more faces than this simplified version. What is the most elegant way to do this? The connecting surfaces can be anywhere, as long as they are inside the hemi-sphere. In the end I want to 3D-print the model so that the cylinder is floating in the hemi-sphere exactly as it is positioned now.

Here is my idea with the plane. If someone can tell me how to remove the section of the plane that is inside the cylinder and outside the hemisphere, then I am done: 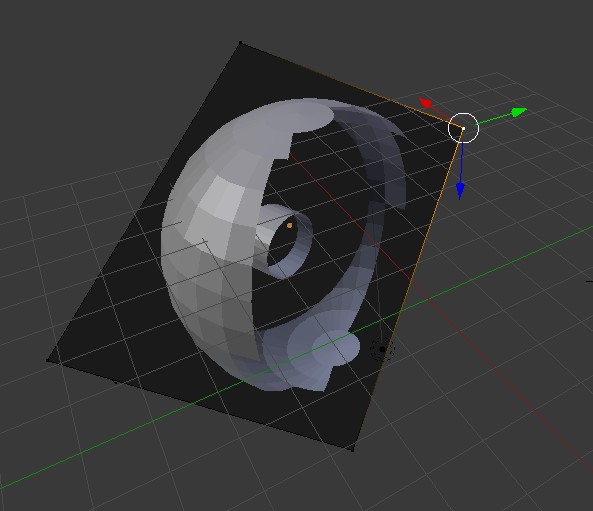 However, when I export as obj and import in ZBrush, there is no proper hole of the plane inside the cylinder, so it actually didn't work: 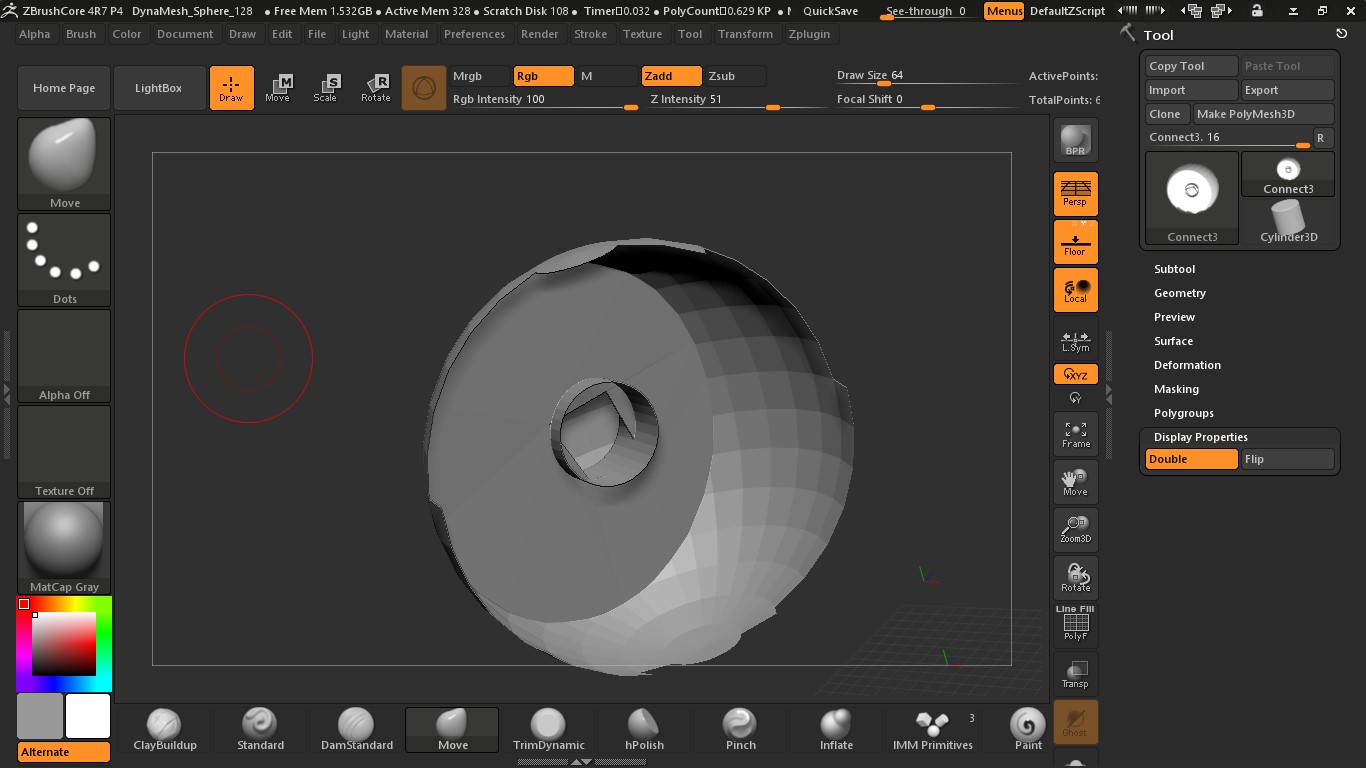 This new blend file is attached (second one):

Update: This method described totally does not work with my actual (more complex) models. The Boolean function is really buggy. Any other way? Here is my only working solution so far, which is really, ugly (protruding faces from the cylinder, and then using the Grab tool to make sure that the protruding faces just touch the hemisphere without going past it). I'm not even sure if the cylinder will fall or not after the 3d print:

It's mainly a question of booleans, if I understand your request well. 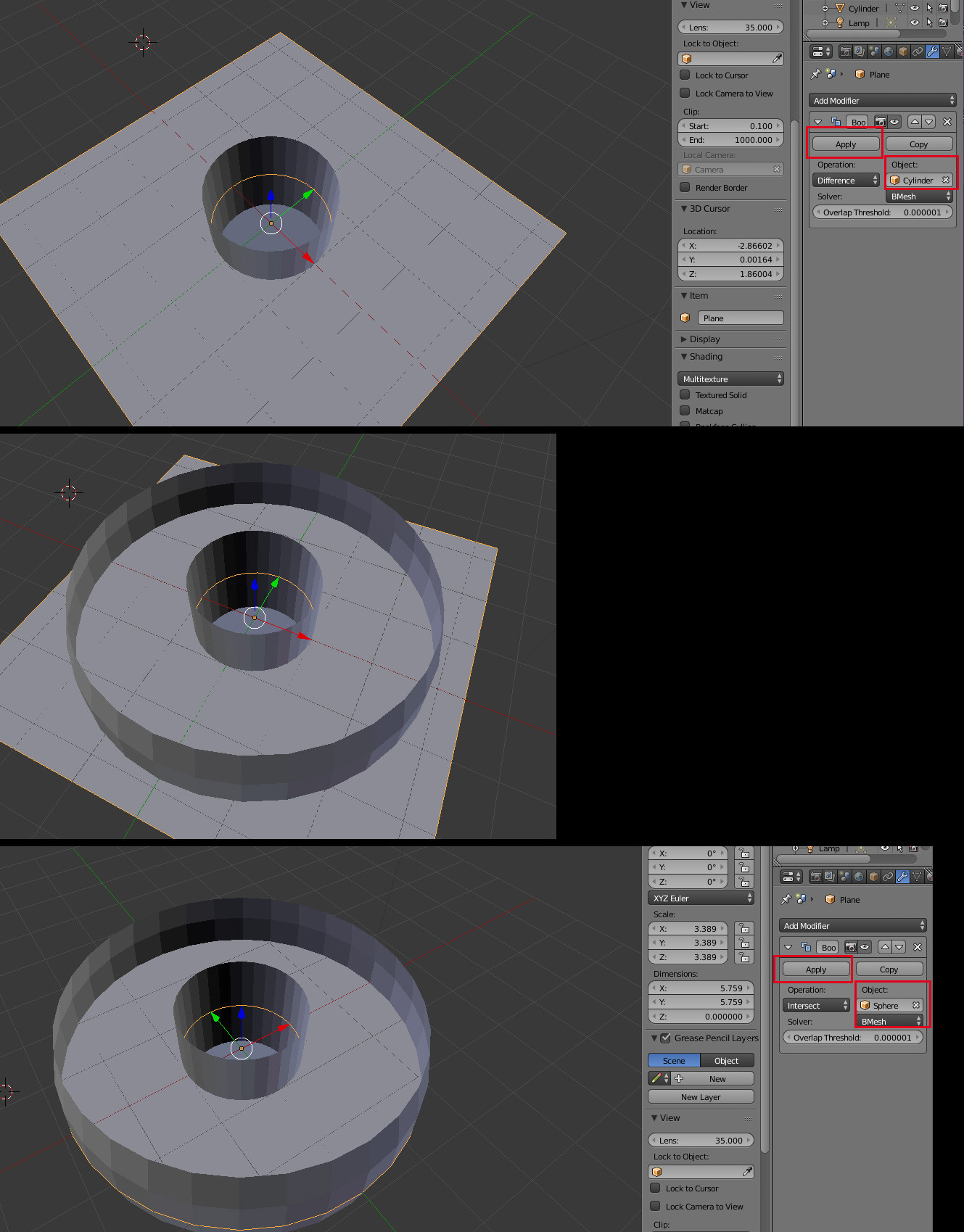 In short, the solidity of the 3d print depends of various factors, the thickness of the model, the surface of the different contact zones, if the object is full or hollow...

Not the answer you're looking for? Browse other questions tagged modeling 3d-printing or ask your own question.

6
Merge touching faces on model
1
How to create screw thread with a circular profile
2
Cutting out a part of a plane from sphere vertices
3
How do I make a hole and resize it later?
1
Boolean Problems
2
How to make a thin sphere with a hole?
0
How do I remove an exact rectangle from the rounded face of a hollow cylinder object?
1
Round of a half cut cylinder with subsurf
0
How to merge (boolean) two objects that share faces/edges
0
Embedding a sphere within a hemisphere