I have chain of 3 bones which are influenced by IK constraint. IK is added to bone named IK B#3: 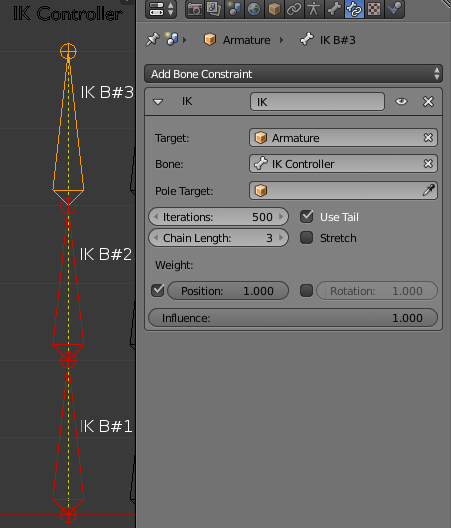 When i execute this code i'm getting this result: 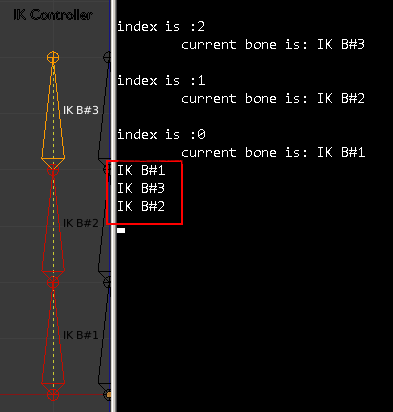 Why array is populated in that order, what is wrong with my code?

The question is not a Blender question, but anyway...

But concerning "why" your usage of insert does not work:

bone_list is empty and index is 2.

So bone_list.insert(2, IKB3) gives bone_list = [IKB3]. Explanation: Python tolerates that even if there is no element at position 2.