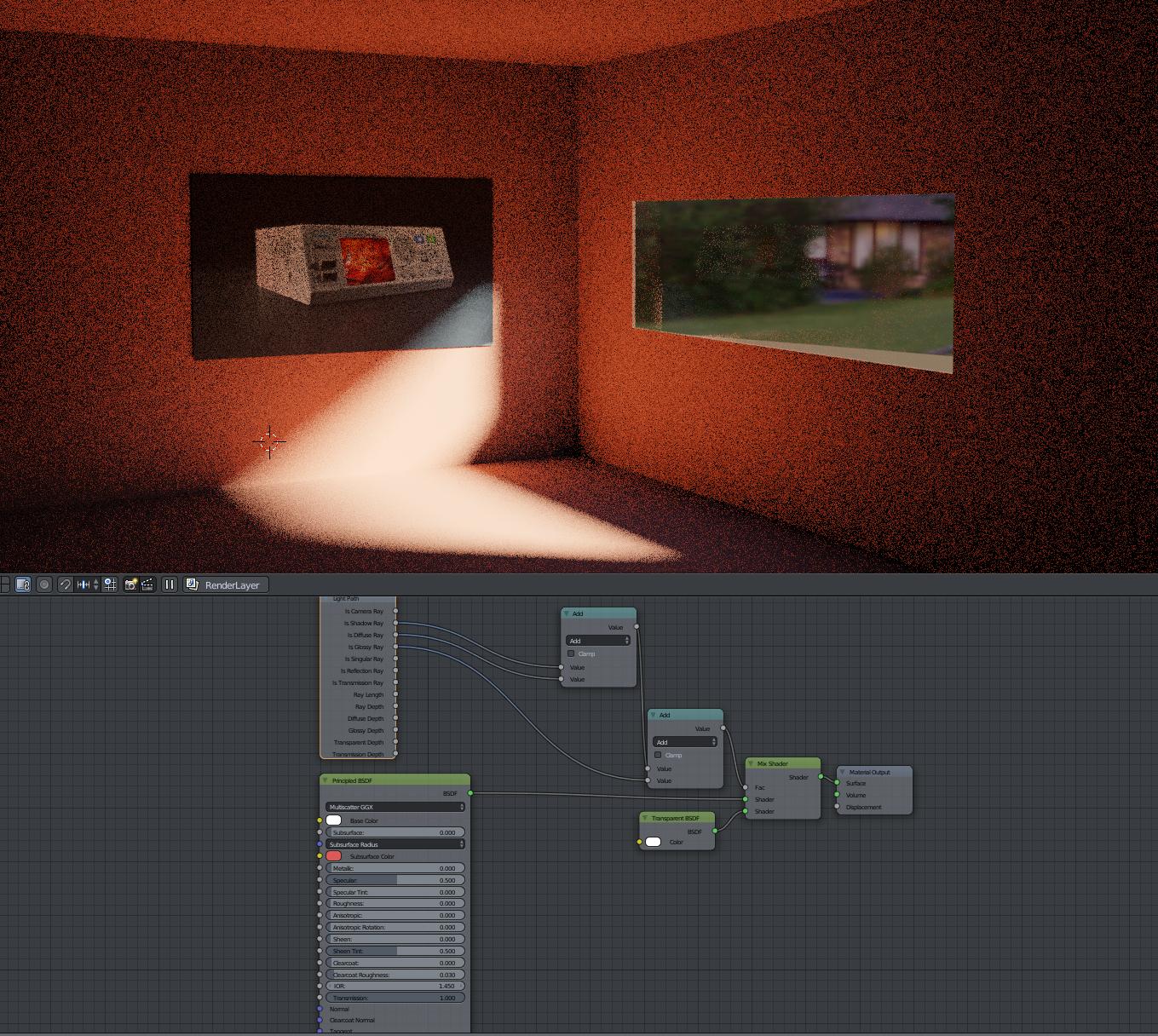 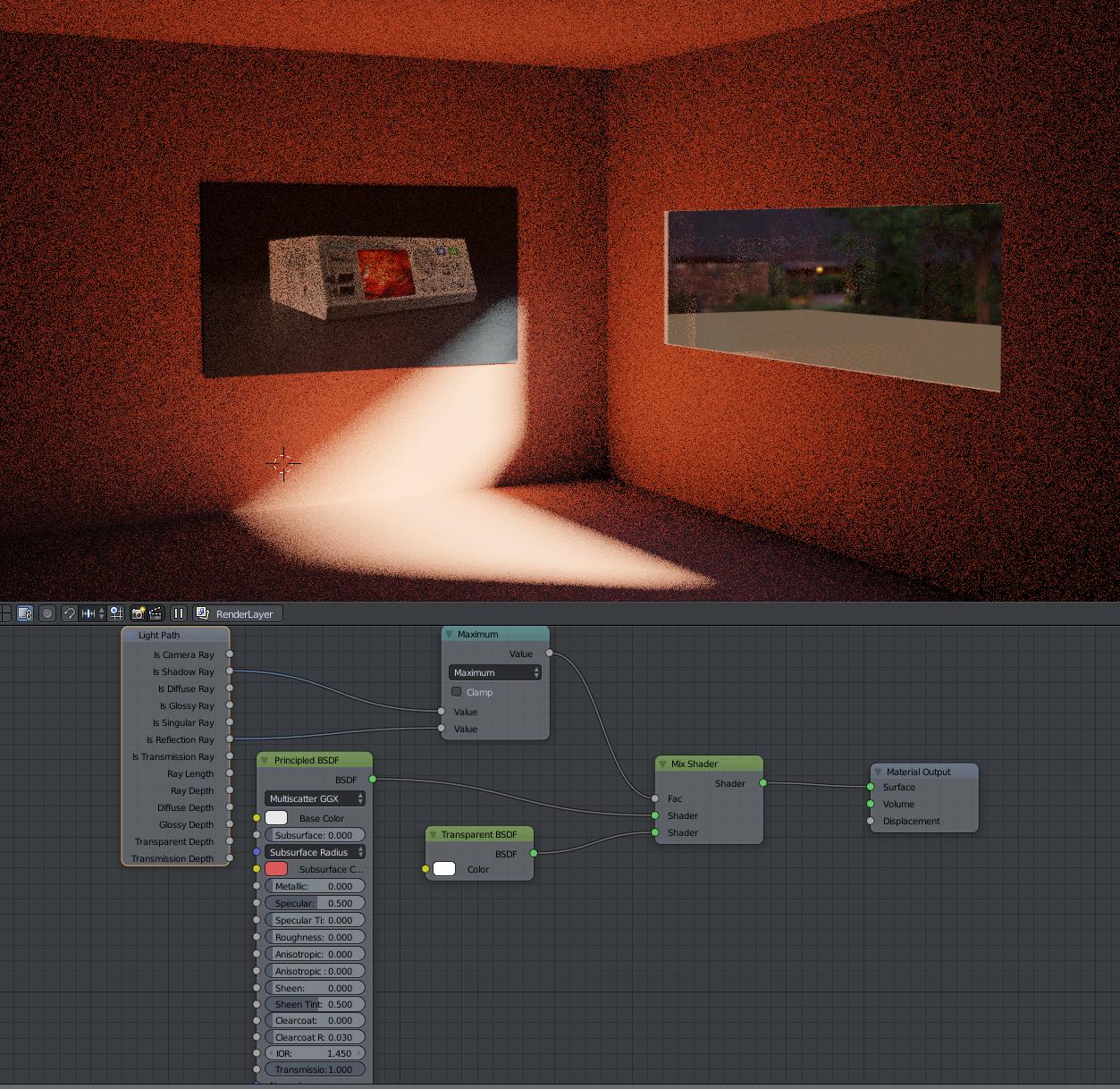 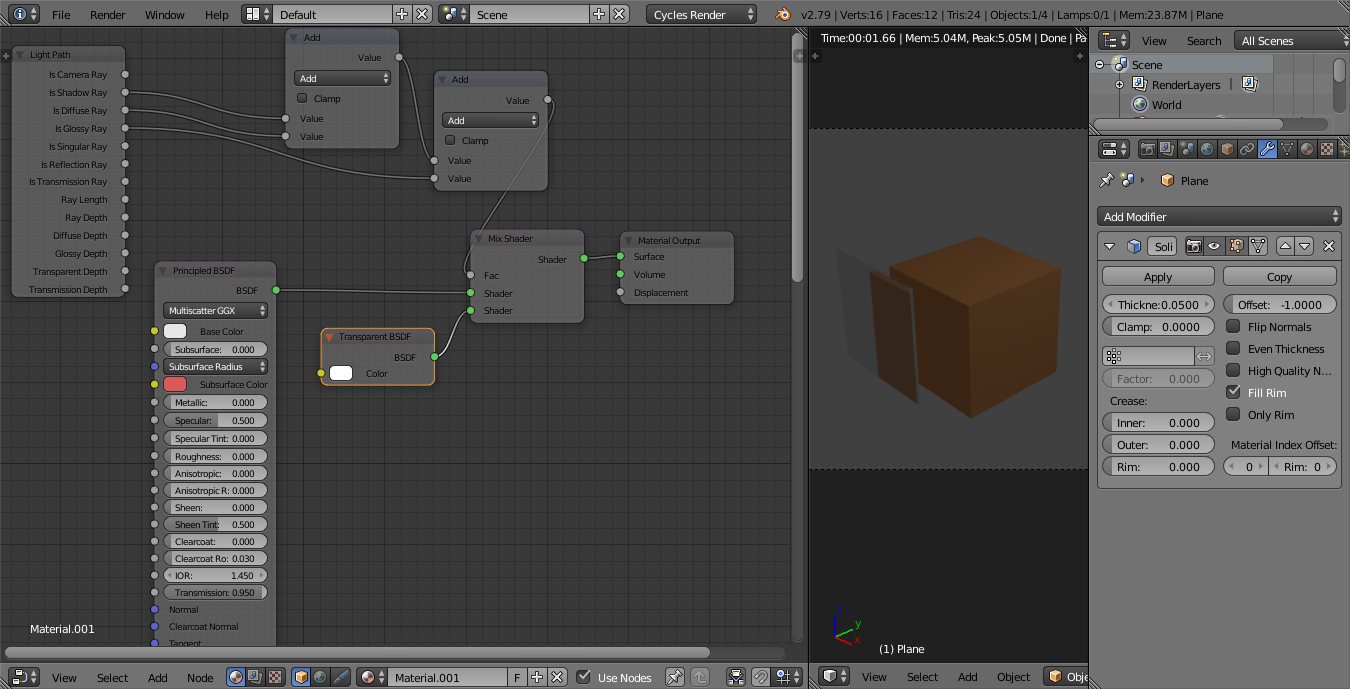 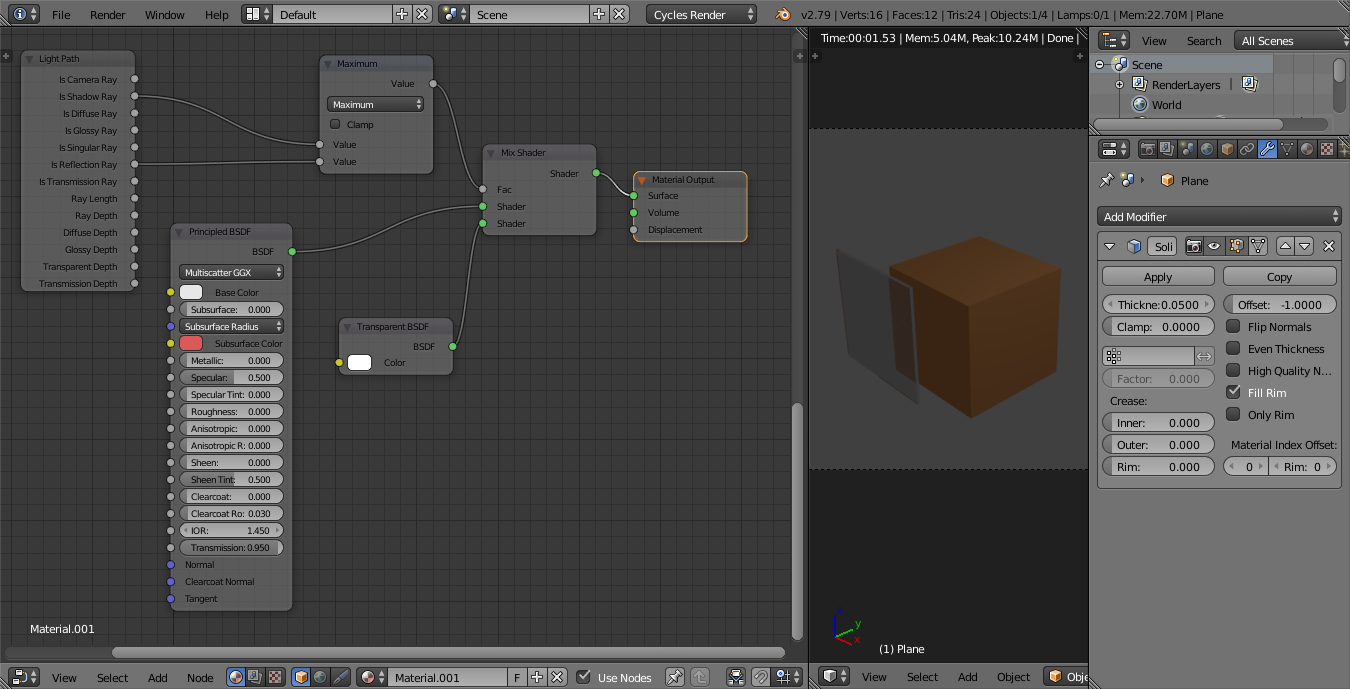 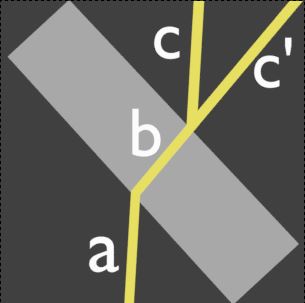 25
How can I make a more realistic glass shader?
6
Why are my glass reflections so far apart?
0
Interior scene has a lot of noise, even with optimized settings
0
Only reflection from one side of glass material
0
HDRI background image won't show behind glass and artificial area light
0
How to light a scene when you have a sun lamp?

4
IOR in Blender Internal (raytraced)
26
How to understand the math behind Andrew Price's embedding his beer within his glass
22
How to create clear plastic? (Cycles)
5
Reflectivity in Principled Shader?
1
Eyeball gloss not visible behind another glass object