Why is the middle dot of the face outside the face itself?

The middle dot of the mesh is outside the mesh itself as you can see in the shot below. Please let me know if I can recenter it or is there a workaround for this? 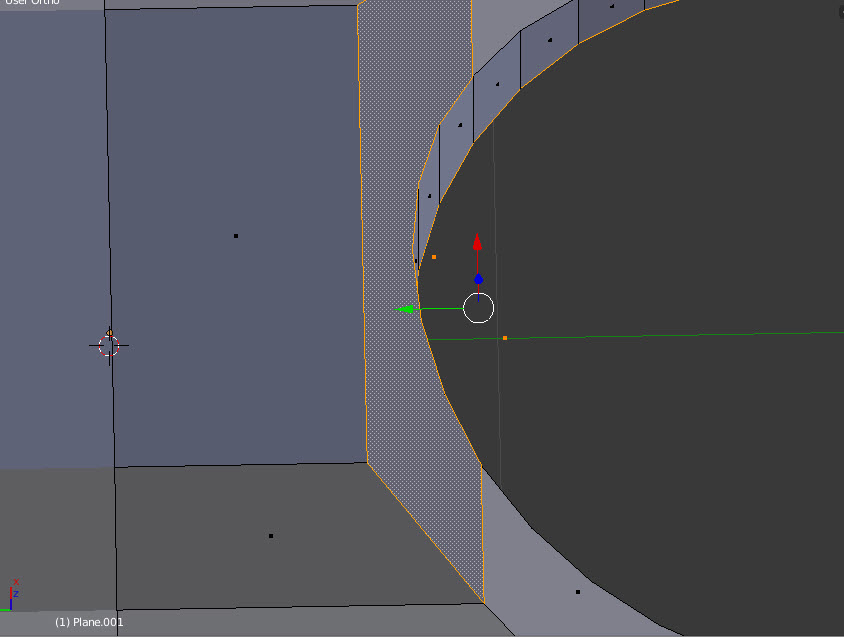 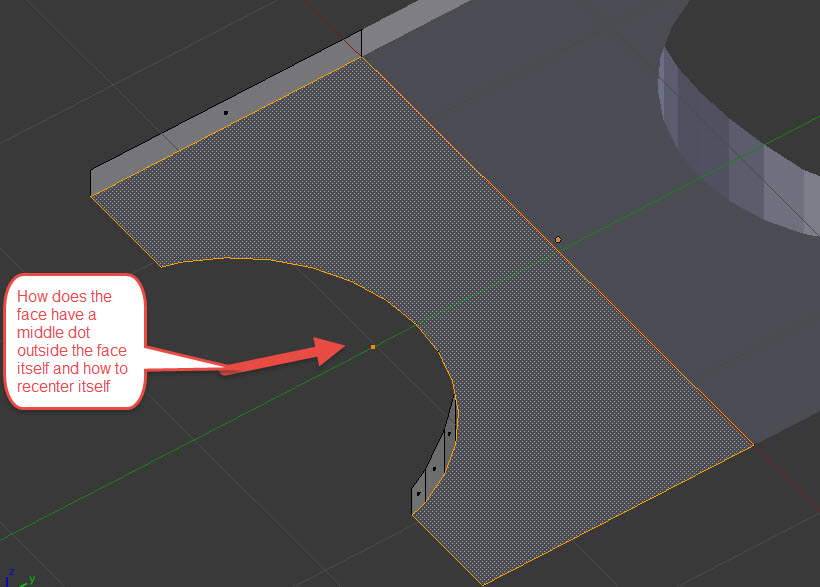 The ‘dot’ representing the face is positioned at the “centre” of all the vertices of that face - calculated as the average over all vertices. In your case you have a large ngon with many more than 4 vertices and the ‘average’ happens to be outside your mesh (drawn away due to all the vertices along the curve).

The dot on a face simply shows the center of the face. Since your face is shaped in such a way that there is empty space at the center of the face, the dot appears outside the bounds of the face. This isn't a problem as it won't affect anything other than how the face is displayed in edit mode, and there is no way to move the dot. If it is an issue for you, the only way to get rid of it is to split the large face into smaller faces.

1
How to I make faces opaque on the inside?
2
Why does a face on one side of the cube not go with the vertex?
0
How do I make a face between the inside of an outer mesh with the outside of an inner mesh?
2
Remove geometry on “inside”
0
Can I use weight paint in the middle of a face?
0
What is the config to attach transparent face to object
3
Modelling which is the easiest way to curve a face?
0
Why isn't the vertex moving the face of the object?